The Year of the Constellation Coven Awards 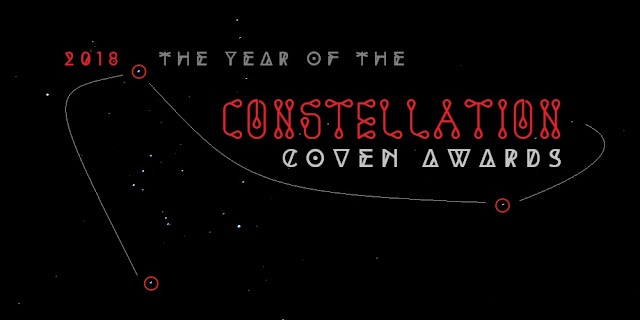 Good evening, and welcome to the 2018 Coven Awards!
Yes, here we are again for our traditional, very selective look back at the year that was.
This year - the Year of the Constellation - has not been as varied as some previous years-

Mainly because Witchface is a lazy baggage-
And the Host is dreadfully dull!
Oh, just stop this now.
Yes, why must we devolve into bickering every year?

What a stupid question.
Because we're good at it!
Heh heh heh!
Oh, I give up...
Well, I'm ignoring the shitting SubCs and launching this thing now!

January : The dawn of a new year broke over the cliff tops as we didn't manage to start afresh; the year's first foray into Star Trek was some finally finished unfinished business; capturing constellations began with a bit of "Drama!" and was rather exposing; a big, overgrown groyne featured in a return to the beach; the first trip over the Cusp coincided with LẌ's birthday; Beaky's return had us all of a flutter, and his larger cousin led us to a crusty old groyne with knobs on; finally, after some star-mapping experiments, I got my tripod out!

February : The month began with a leftover sunrise and a waning blue moon; a trip to the beach found us shrinking again (and not because of the cold) - we did recover, though (enough to go back when it was cold!); we recalled some books that may or may not have existed; a muscular demi-god almost battered my front door down; cliff-slippage and a breaking dawn ended up on one side of some books not on chairs, with a frozen Beaky (ha!) on the other.

March : The "Beast-from-the-East" kept Beaky in his place, but didn't linger long enough to keep me from Happisburgh Lighthouse; armed with an octopus-sucker bathmat, nothing could keep Ms Scarlet from getting to her birthday celebrations - Not even Jelly Babies from the Black Lagoon; Beaky's streaking made headlines; there was just enough time to tamper with some constellations before we made it to Lake Como for both Ms Scarlet's and my birthday party, which ended up being upstaged by 12,000 years of the House of Infomaniac; after all that, a few of Not the Usual Suspects turned up, and we returned to the beach with a seal of approval; March ended with a transformation of Star Trek leading to a Murder on the Dancefloor.

Right.  I suppose I'd better get on with the awards, then.

This year has seen me find the "Starry Sky" setting on Camera, the consequence of which was frequently freezing my tits off up Madam's Lane with my tripod out.
Despite frequent displays of her knickers, that upside-down tart Cassiopeia, is not getting a look in here.  Instead, the likes of Orion the Hunter (as seen in ths post's header image), Cygnus the Swan, Delphinus the Dolphin, and Gemini the Twins made the short-list.  But, the most captivating constellation goes to Perseus: 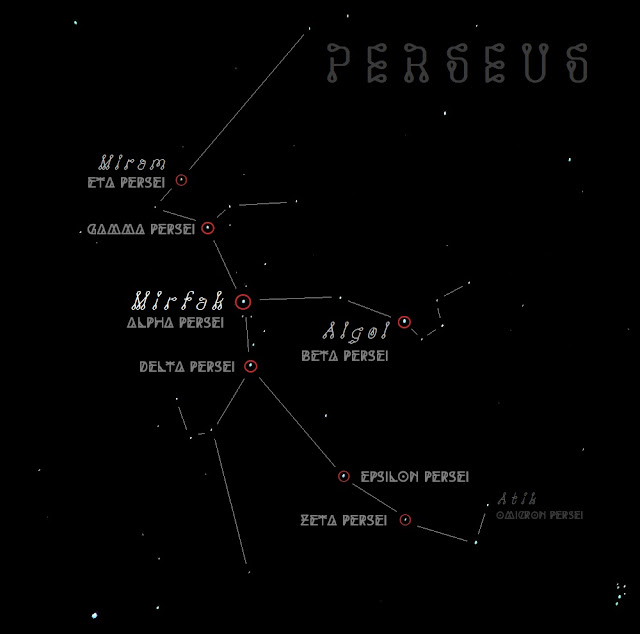 Perseus also made his way into my Constellation Tarot for Hound, earlier in the year.

The Vos Gorgeous has made six cameo appearances this year, so I thought it only appropriate to present her (and her tasty seamen) with an award.  Here she is from back in March 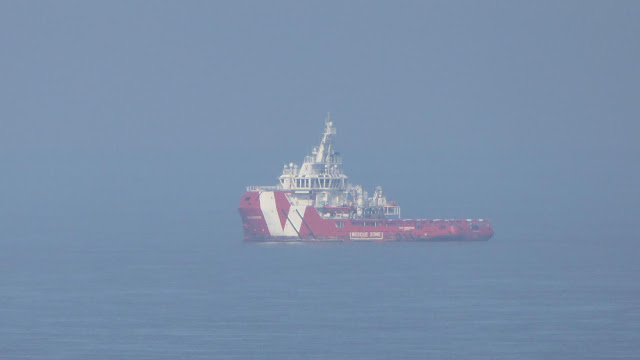 Other appearances were made in July: "Making A Splash", "Sea Monster Off the Port Bow!", and "A Cloudy Horizon"; September "At the Other End of the Line"; and November "Gorgeous Moon Spume". 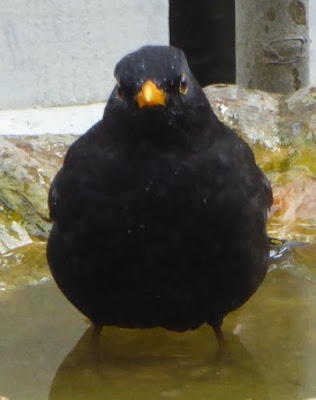 Another year, another bungled adventure over the Cusp.  This time, a spate of birthdays and an anniversary triggered the Cusp interface to open and swallow us whole: 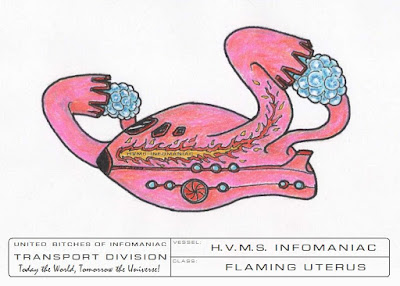 It began with LẌ's birthday: "In Space, No One Can Hear You Peep"; and careered even further out of control in "It's That Time of Year..." (Ms Scarlet's birthday), "Still Twitching" (my birthday), and skidded to a stop in "12,000 Years of The House of Infomaniac" (the 12th anniversary of The Very Mistress's blog, Infomaniac).  Sigh...

April : A trio of beach-related photo posts marked the beginning of April, the third of which really made some waves; T'Cael and Ry'iak introduced a narwhal in a spacesuit; groynes and egg cases lurked in the mist; incriminating photos from certain bloggers' backfiles came to light during redecoration; a bee masquerading as an alien made headlines; more beach pics, including cormorants and sparkling seas, and some odds & sods rounded off the month.

May : May began with orchids and a bank holiday heatwave; the bank holiday continued with blossoms, birds, and boats; Dubstar made an appearance; I tried selling maps to stars homes; the stench of time-travel and cowpats heralded another bank holiday - this one full of rhododendrons; and, finally, some vetching vflowers.

June : Hooray!  Star Trek returned with a slightly warped take on the late 24th century Starfleet insignia; Triffids swarmed the allotments; Beaky returned for the Clone Wars - but which one is which?? A surprisingly popular post about the cars you all drive featured in the middle of the month; sunset on the beach, starships and cygnets, and Beaky's vile offspring came next, with June ending on a starry high.

After somehow forgetting about this category last year (too hung up with Magnificent Muscles and Understandable Crushes, probably), Sci-Figure makes a Splendid return in 2018 with four new entries and one stalwart sci-figure to salaciously scrutinise:

Obviously, Thor wins this one easily (especially a bit later on in that scene when all his clothes get burnt off!).  But, he's a god, while the others are mere mortals, so I'm awarding this to the criminally underused, but intriguing Lt. Bryce (who just pips Malcolm Ducasse to the post).

Paraphrasing Bridget Jones' mum (I think she said "a bit of a shit, actually" about Julian, the tangerine tinted buffoon), these are my unsuitable crushes from 2018:

• Jack Patterson (Jonathan Bailey), W1A - the epitome of "a bit of a bastard", and the original recipient of the title, A Bit of a Bastard (as evidenced in last year's Coven Awards).
• James van der Beek (himself), Don't Trust the Bitch in Apt.23 - while certainly a bit of a bastard, he's just not evil enough (Chloe is far more evil).
• Capt. Gabriel Lorca (Jason Isaacs), Star Trek: Discovery - Lorca is waaaaaay past "a bit of a bastard", he's downright bloody evil!  But, the thing is, he makes evil sexy, so he wins. 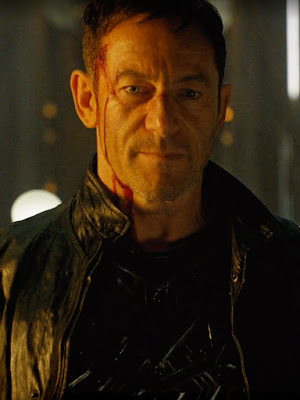 July : A busy month, this. I made some money that could only be used in the future; spume, stars, and skinny-dipping, followed by being followed and a Sunday Swim were next on July's agenda; those Freakin' Green Elf Shorts made a long overdue return; some minor arcana from a Constellation Tarot showed their faces; Saturday, Sunday, and Thursday swims were next; and July ended amidst haze and clouds.

August : Freakin' Green Elf Shorts imposters brought about an inauspicious start to August; the long, hot summer meant another Thursday swim was in order, and we finally ventured towards the mythical land beyond the End-of-the-Line; baby-sitting Star Trek style rounded out the end of the first week; after a FGES reminder, a coastal catch-up and the Red Arrows at Cromer Carnival were next; I "appropriated" all the cormorants from Ms Scarlet in the penultimate post; and Koromandis and th'Thanticar made their first appearance.

September : More, rather windswept, cormorants featured before Koromandis and th'Thanticar returned; we made it to the Other-End-of-the-Line; Spider!; seals and cormorants introduced my most recently watched videos (which spawned several takes from other lovely bloggers); a teaser for the next FGES Caption Compo; Spider 2!; and finally, three beach-related posts rounded off the month.

Otherwise known as the "Damn it. You have all the cormorants again" Award (sorry, Ms Scarlet) 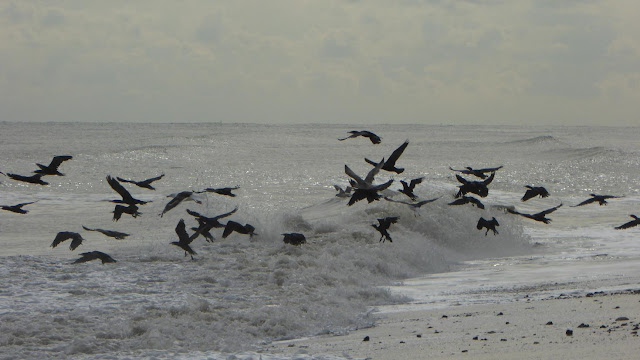 Cormorants of varying numbers made their way into at least thirteen posts this year.  My favourite display are those above from September's "Comorantermission", but others of note appear in "Last Days of Summer", "5 out of 10 households prefer Kormorant & Tetris", and "Coastal Catch-Up".

I continued with the monthly Star Trek Art Challenges in 2018.  Still not managing to come up with something for all twelve months, but seven isn't bad (it's more than half, right?).
Despite narwhals in space suits, and disco-dancing transforming starships, I had the most fun with Lieutenant Commander Koromandis and Lieutenant th'Thanticar (my Chandir and Andorian cardboard subjects) on the beach: 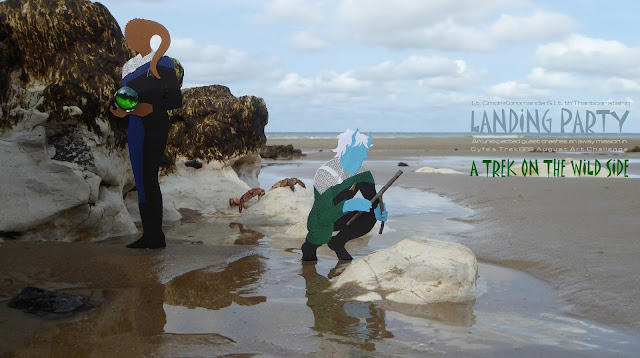 October : Aljaž Skorjanec - need I say more? Celia Imrie, Duncan Preston, and Julie Walters don't star in Star Trek: Two Soups; stuck in the mud at Sidestrand; unusual suspects at Pensthorpe; the FGES end up as road kill; my top ten albums; other than Hallowe'en, the most important date of the month was celebrated with a few shags on big, wet groynes; we never got to Hallowe'en - making do with a dawn beach visit, instead.

November : Phew!  An easy month at last - only four posts: A return to the End-of-the-Line; some Hallowe'en flashbacks (amongst other things); Into the Anomaly (Star Trek again, of course); and some Moon Spume to finish off.

December : And an even easier month to end the year with (only two posts prior to this one): notice of my move from Château DeVice; and Koromandis & th'Thanticar return to wish you all a wonderful Winterval. 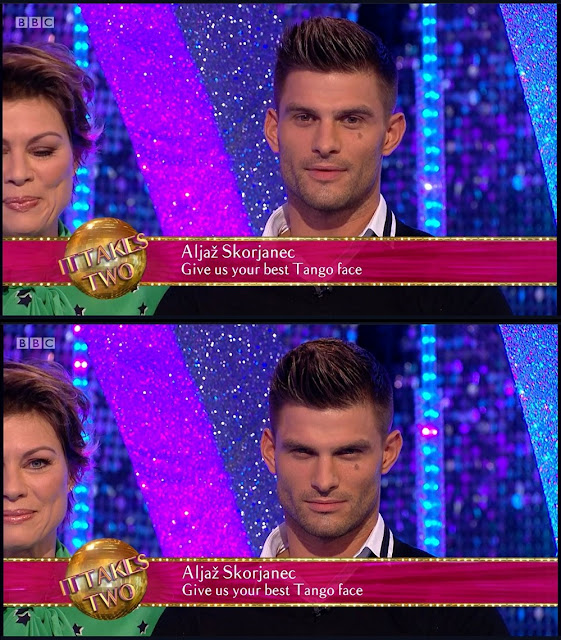 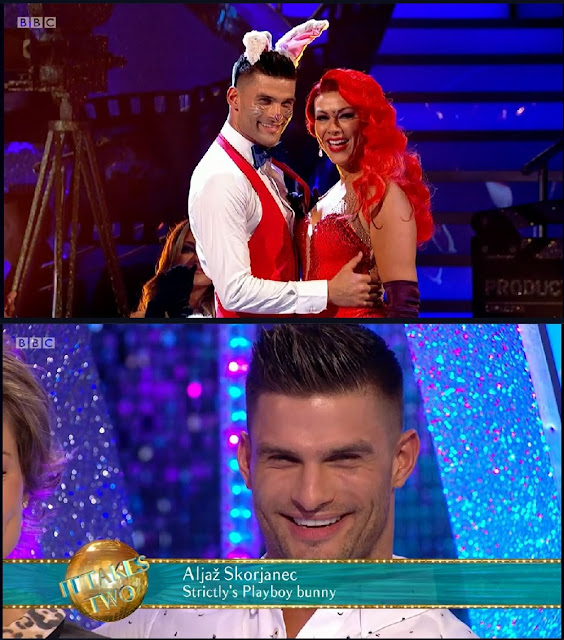 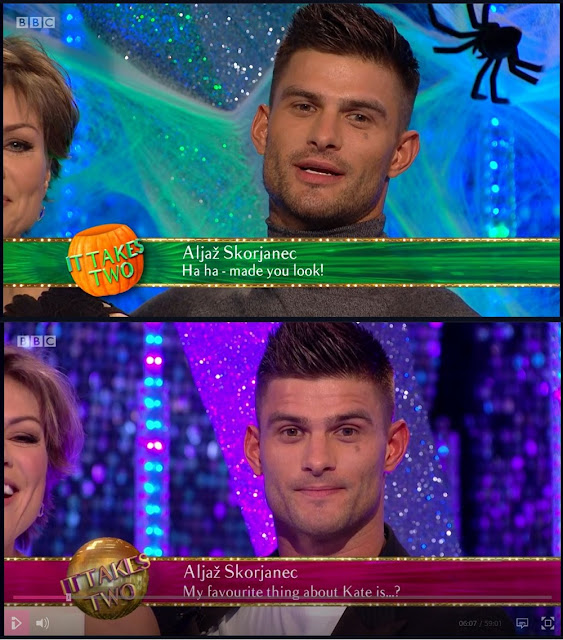 Because I haven't had time since the beginning of October to document the Alluring Aljaž (from Strictly Come Dancing and Strictly: It Takes Two) and his straplines, I have introduced this award to make up for it. There is no one winner - we all are at seeing his pretty, cheeky face! 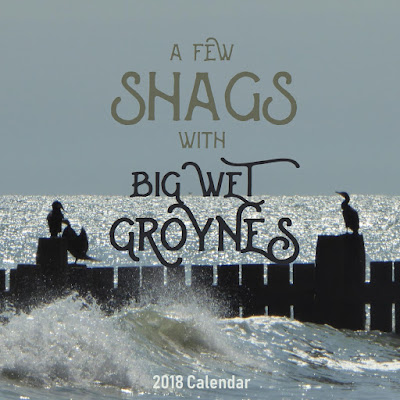 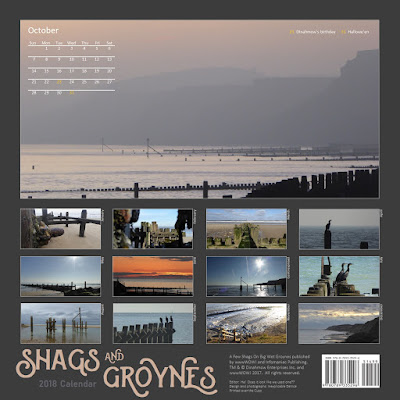 This calendar conveniently turned up on Dinahmow's birthday. What a coincidence!

Fancy having one's birthday on the night of the Coven Awards. Who would be so inconsiderate?  None other than:

And that's it for another year.
Hang on.  Haven't you forgotten something?
No.
Yes you have.  Proof-reading for a start.  And what about the Weirdest Crush, and Most Mesmerising Monster awards?  Not to mention Peenee's Muscle Pussy and those Corgi's that Norma lets shit everywhere.
I don't know what you're talking about?
Yes you do!  I heard you discussing the award categories with your irritating little SubC-

Oh, look who's talking!  The most irritating being in all witchdom.
Be quiet, you.  You're only dragging this out even more.  I want to go to sleep!
Yes, shut up.

Anyway...  Thank you all for coming, and we hope to see you soon.  Happy New Year!
Posted by Inexplicable DeVice at 20:40