The Year of the Ancient Groyne Coven Awards

Good evening, and welcome to the 2019 Coven Awards, with me, your host - but not The Host - Inexplicable DeVice.
And me, your other host, and Witchface's actual Host.

And us, the oft ignored-
And unfairly maligned!
Yes.  Exactly.  Yes.  And us, the unfairly maligned SubConsciousnesses.
A bit like the title image up there, what little we can remember of 2019 pokes above the surface of muddled confusion, only to be slowly subsumed by the tides of disremembrance.
So, before it all drowns under the tides of forgetfulness, here are the bits we can remember - i.e.this year's Coven Awards!

Cor, that was a bit purple, wasn't it?
I'll say.  Hey!  We haven't argued yet!
Don't worry, this thing has only just cranked into being.  We've got plenty of time for squabbling.

Before we begin proper, I would just like to bring your attention to a slight change with some of the awards: Like great ships being launched, some of these increasingly bizarre awards have been sponsored by Ladies of Significant Note (and other creatures) in Blogorati Circles, so watch out for airborne alcohol (what a waste) and flying glass.  Oh, and there's a quiz at the end, so pay attention!
Hang on a minute.  Remember what I said last year: "And what about the Weirdest Crush, and Most Mesmerising Monster awards?  Not to mention Peenee's Muscle Pussy and those Corgi's that Norma lets shit everywhere."?
Calm down.  They're all included in some fashion somewhere along the line.  I think...
Spendid.  On with the show!  Oh, and strap yourselves in as it's going to be a long and bumpy ride...

January: 2019 began with fireworks, and a rediscovery of airborne whales; He of the impossible umlaut was less than flattered by the publication of an unauthorised and unofficial biography; we took our first walk on the beach of the year, and the end of the month saw us in the bloody Midlands(!) which was only saved by a visit to Chatsworth.

February: My take on the #NotADecadeAgo meme lacklustrely launched February.  Two weeks later saw the first of the year's Star Trek fan art posts, followed by some bathroom spying, and getting the keys to my very own gingerbread house!

March: Not much going on here, except: Corduroy covered tubular steel - you'll be green with envy!  A catch-up of things I didn't blog about, and an introduction to Hexenhäusli deVice, aka the DeVice Mansion.

Thank you for the reminder of the first quarter of the year here, Witchface.  Now, here are the first few awards:

Crikey!  This is all very cordial.
I'm sure it won't last...

I made some delightful and diverse discoveries this year,
from books - Witch Hat Atelier and
Exploring Calvin and Hobbes: An Exhibition Catalogue
to TV - Fringe and Steven Universe
and Men: of Muscles - Loponder7;
& Allotments - Rob's Allotment;
& Music - 2Cellos (thanks Jon). 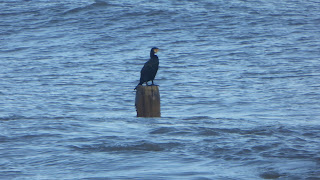 You know it's going to be a Wonderful Winterval when you get a pre-Christmas shag! 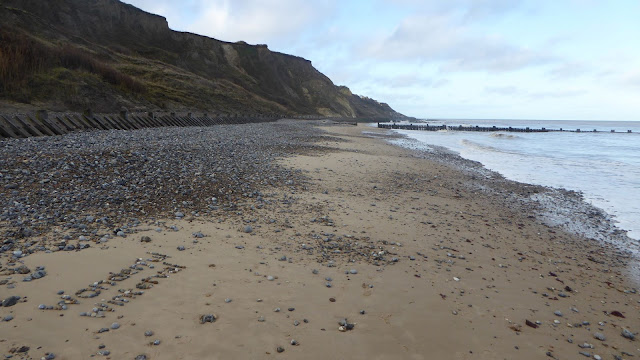 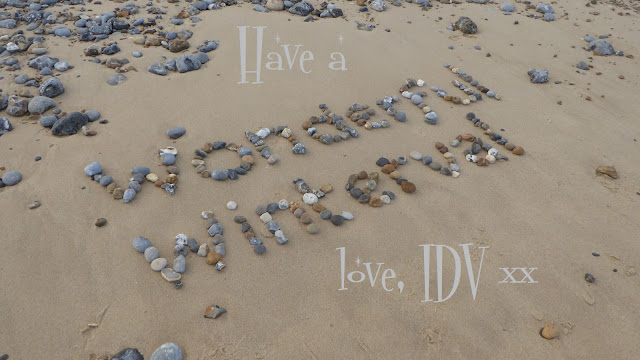 Posted by Inexplicable DeVice at 20:43 18 comments:

A Dislocated Groyne and Other Issues

Before we get to the dislocated groyne, I feel I must explain my protracted absence: I have been revelling in how my 'Ms Scarlet Approach to Blogging' has freed up loads of time for other things.  However, it has backfired somewhat in that I've had so much spare time that I haven't known what to do with it all.  Consequently, the "I'll just watch one episode of Steven Universe before I Get On With Things" turned into a massive binge-watch then, before I knew it, it's suddenly tea time and nothing's been done!  Every day!!
So now I'm in a bit of a flap about: 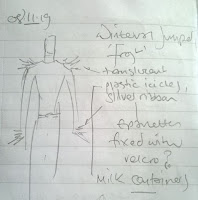 * False alarm.  My next post turned out to be this one.

Anyway, back to the dislocated groyne (which may or may not be responsible for the lack of pre-Christmas shags. Sorry, Jon) in these photos from 7th December: