"These people came here for a glimpse of Fanny"* 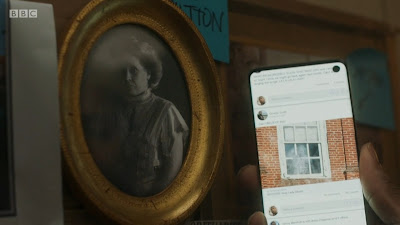 And Fanny they shall get!  (She's just there on the right, see?)

Anyway, the first three months of 2022 are just about over and what have I got to show for myselves?  Practically nothing!

So, just like last year's quarterly catch-ups, here's the first quarter's list of some of the things that have kept me entertained/distracted/sane(ish):

DS9: Revenant, by Alex White  ∘  No Shame, by Tom Allen  ∘  Typeset in the Future, by Dave Addey (Well, partly read - I've read about 2001: A Space Odyssey and Alien, and I'm about to start Star Trek: The Motion Picture)

Labels: Books, Crush, Freakin' Green Elf Shorts, I We Me Us, Music, wwwWOW!

Just a quick post so that I don't forget how.  As I've STILL got nothing of substance to blog about, I thought I'd present my birthday haul: 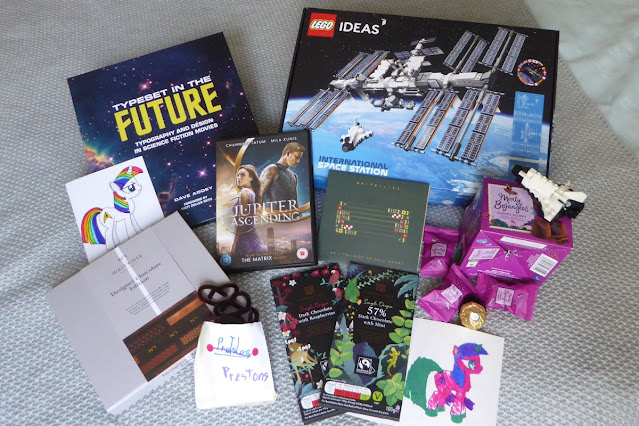 Let's start with the most exciting gift: the Lego International Space Station!  My sister Indescribable and her family got me that (you'll note that the space shuttle has already been built - my nephew, Count Podgkinson (4) "helped" me with it).

My niece, The Little Witch (8), made me the pretsles prestons out of pipe cleaners (she was closer the first time, but insists that they're called Prestons), and the other niece, Vom Smallhausen (5) coloured in the My Little Pony on the lower right.  I'm not sure why they thought I'd like a MLP card (nevermind two of them), but at least the more professional looking one has got rainbow hair and a Star Trek cutie-mark.

Other than the two Co-op bars, all the chocolate has been devoured.  Well, except for the last three truffles and that Ferrero Rocher (the boxes are empty - the unseen FR box is propping up the Lego set).

With some of the money that The Parents gave me, I bought Typeset in the Future - because I love Dave Addey's website;  Jupiter Ascending - because I love the ridiculously bonkers premise and the amazing worldbuilding - and Channing Tatum isn't bad, either;  and As I Try Not To Fall Apart by White Lies - because I can't help but love the 80s-esque songs that my favourite glum, beardy, miseryguts and his band belt out.  In fact, here comes one now:

The tinsel is a dead giveaway...

I've had some things to deal with which is why I've been, well, not here...  And despair at the state of the world is only part of it.  Signs of an impending infestation of unicorns, and that little shit Beaky skulking around the garden have been of more concern...

But first, to accompany your scrolling, here's another almost certainly miserable* song from my favourite glum, beardy miseryguts, White Lies: "Time To Give"

* I try not to listen to the lyrics, remember?

Anyway, back to the topic at hand: Beaky. 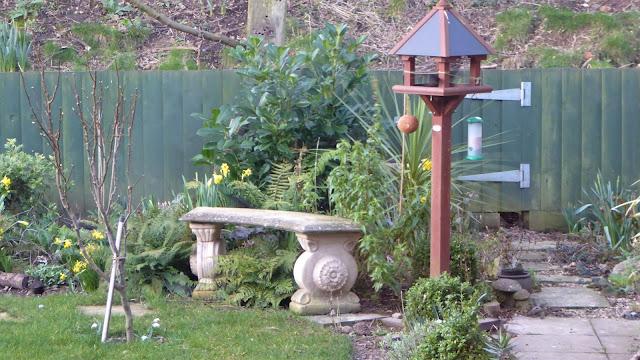 This was the view from my kitchen window this morning.  Looks okay, doesn't it?
Until you notice the blurs of black on the bench and birdtable...
Read more »
Posted by Inexplicable DeVice at 17:16 27 comments: