I pulled it and this happened... 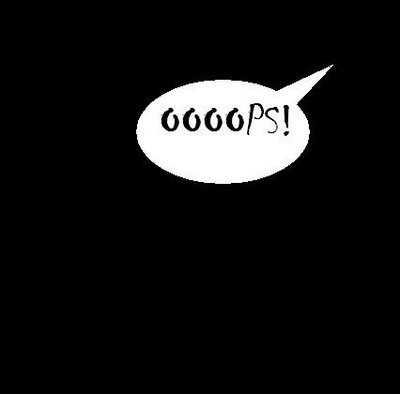 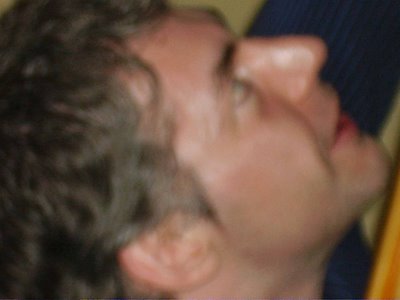 Posted by Inexplicable DeVice at 20:49 25 comments: 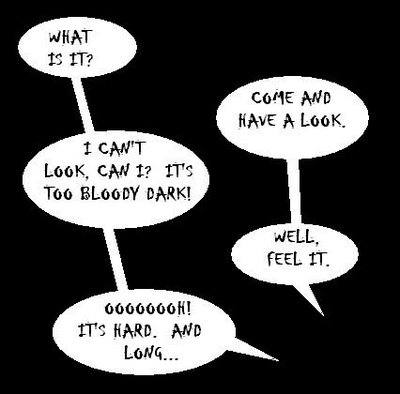 Posted by Inexplicable DeVice at 08:04 11 comments: 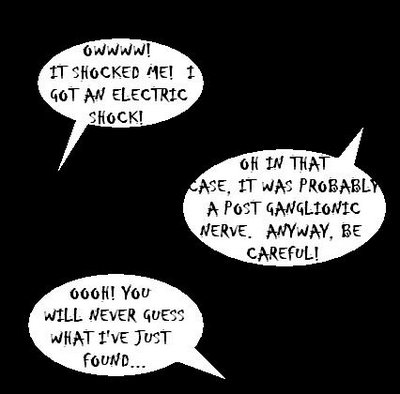 Posted by Inexplicable DeVice at 21:52 9 comments: 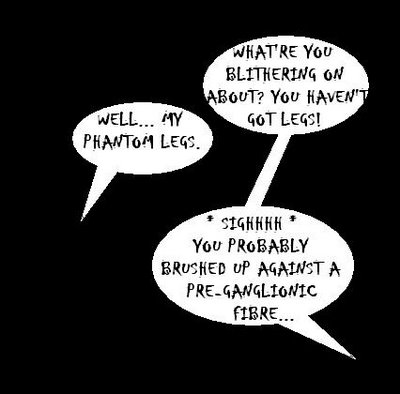 Posted by Inexplicable DeVice at 17:10 6 comments: 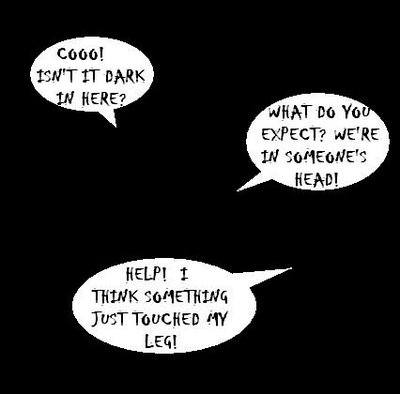 Posted by Inexplicable DeVice at 13:16 10 comments:

After inadvertantly blurting out at Dinah's that I had weird cartoon crushes that would make me seem like a pervert, I thought I'd better try and justify myself. This is going to be difficult... 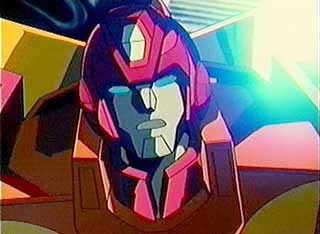 The first, as you can see here, is Hot Rod from the Transformers. Yes, he's a giant robot. And no, I don't know if he indeed has a 'hot rod'. I bet he has though...

Besides, that's not the point. The point is that he's totally fanciable. He looks good, both as a car and a robot, he's fun, exciting, cocky, looks after himself - he has a great body/chassis. Ummmm... This hole's getting a lot deeper. Look, here's his official technical specifications - what better way of convincing you? 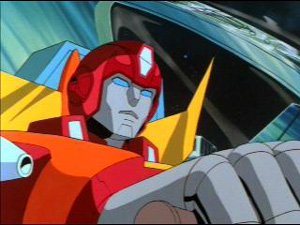 Tech Spec "My actions speak louder than words." Hot Rod is an all-American-boy Autobot. He's a typical adolescent who dreams of being heroic and important. He tends to not follow rules too closely. Although he means well, Hot Rod's impulsive actions often get him into trouble. He carries two photon lasers that temporarily electromagnetize an enemy robot's microcircuts.

He can be hotheaded, but he's always a well meaning, admirable lad and a brave and honorable fighter.

Those scores are out of 10, you know. See? Hot Rod's a catch! He's strong, clever, fast, can go the distance, has power, is pretty brave, has a big gun and knows how to use it!

And now for my second cartoon crush: Diego, the sabre-toothed tiger from Ice Age. 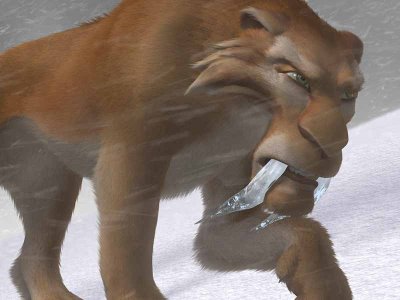 I know: It's an animal. I'm not into bestiality! Really. Obviously, it's his personal journey from killer cat to 'part of the herd' that I like. And the way he (just about) puts up with Sid. That and his voice - thank you Denis Leary.

I'm going to stop now before I make things even worse. Actually, There is one more cartoon crush, but unfortunately I couldn't find any pictures of him. It's the man from the Domino's Pizza advert that sponsors The Simpson's on Sky One. Compared to Hot Rod and Diego, he's completely normal. A cartoon human with great hair, twinkly eyes, a cheeky face and a good body (when he jumps up into the air with excitement in anticipation of a pizza, his shirt lifts up and we get to see his flat stomach complete with belly button) - despite eating loads of pizzas. Oh, he also has a Bitch Wife™. Reminds me of Pete...

Posted by Inexplicable DeVice at 22:39 22 comments:

Labels: Crush, I We Me Us 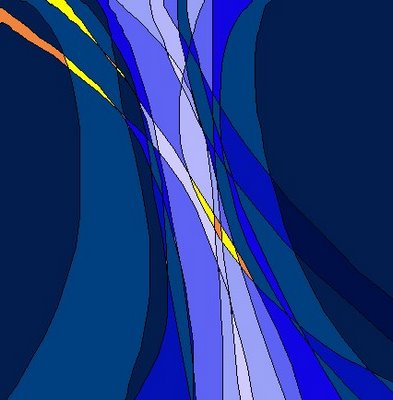 Posted by Inexplicable DeVice at 21:30 20 comments:

I saw Porsche Man™ yesterday on my way to work!

Well, I saw a reasonably good looking man driving a blue Porsche, anyway. He did ogle me - it could have just been a quick glance but I prefer to think of it as something a bit more lascivious - so it must've been the same man. He had a personalised number plate as well, something with S's and 7s. Possibly a D, too. And even a W. My eyesight is not terribly good - especially at 07:15 in the morning. My memory is even worse!

The thing is, the Porsche appeared a darker light blue than I remember (I know I've just admitted my memory is more than a bit rubbish) and the guy driving wasn't quite as good looking either. But, he did look.

Now I don't know if it's the same guy and my memory just isn't playing ball, or it's a different guy and I am displaying Porsche Man pulling powers.

I wonder if I'll see him tomorrow?

And another (completely unrelated) thing:

A visit to a cubicle in the mens room at work* today (for a number one - don't do work poos) left me somewhat perturbed.

I entered the cubicle to find the toilet lid down. Lawks, I thought, What horrors lurk beneath? It was with some trepidation that I lifted the lid, imagining some vile monstrosity to come leaping out, something like the shit weasels from Dreamcatcher. Thank goodness the coast was clear. I'm always worried when visiting a cubicle and finding the toilet seat down. It must've been from the time I saw what looked like a bucket-full of bolognaise smeared all over the bowl...


* Too many weirdos to go at the urinal.
Posted by Inexplicable DeVice at 19:38 11 comments:

"250 years from now, someone's going to find one of your toenail clippings and create an effigy of you. Using a rather ancient microwave oven, some modern technology, a previously worthless spell and the said effigy, you will be almost successfully summoned to 2257" my visitor explained.

I just look at him blankly for a while before saying "Oh. We all survive, then?"
He looks uncomfortable, then says "In a manner of speaking. The Host's body dies but his spectral form is still hanging around - As you can imagine, he was less than thrilled - He's becoming quite a nuisance, actually."

"Well, we managed to find your subconscious, as you can tell for I am hosting it. As for the rest of you..."

"We're not entirely sure."

Oh Jebus! The future is full of nincompoops. "I see. What's your name, anyway?"

"Conrad Folkard-Device" he replies. "You forced... Sorry. Your Subconscious persuaded me to take the name."

"Are you any relation?" I asked, as I normally end up in someone from the family tree.

"Yes, actually. To the Host. Not directly descended from him, due him being a Gayer and not reproducing, but I'm his youngest sister's great-to-the-power-of-six grandson." He looks at his rather elegant watch. "Look. I must go. I'm on a break - I only get 15 minutes."

"So you're here why, exactly?"

"Oh, yes. That. I just came to pick up this" and he bends over, retrieving a toenail clipping from behind the lav before proffering it to me. "Get rid of it."

"Obviously, it's too late for us as this has already happened, but hopefully you can be spared" he says.

"Spared being split into my component parts?"

"Right. Must be off. I'm supposed to be on the bridge in two minutes."

And with that he disappeared, leaving me completely starkers, holding a bit of toenail on my bathroom floor.

Really? What was the point?

Posted by Inexplicable DeVice at 06:44 8 comments:

Labels: I We Me Us, Relativity, Time Displacement, Witchcraft

I found myself on hands and knees on the bathroom floor the other night.

And you can stop those thoughts right there!

Honestly, feed you a line and you gobble it down like you haven't eaten in a week.

Anyway, there I was, painstakingly locating and retrieving all the bits of finger and toenail that I'd accidently spread all over the floor with a flick of the towel*, when the light was suddenly obscured.

"Hello" the light obscurer said. "Sorry to just turn up like this."

I squinted as I looked into the eyes of my visitor, then recognition kicked in. "Hmmm... You could've waited a few minutes - I'm not dressed."

"Yes. I can see" my visitor admitted, wincing slightly.

"That wincing look." I was getting mildly annoyed now. "You've been in me before - you should be familiar with this."

"Speaking of which, when are you coming from?"

"Ah. That would explain the ridiculous get-up."

My visitor just looked down his nose at me before saying "I expect you want to know what I'm doing here?"

"Not even a little curious?" he asked.

"Well, you haven't got the luxury of sleep. At least not yet."


* This might be TMI, but I find it easier to clip finger & toenails during or after a bath as the hot water makes them softer and easier to cut. I usually collect as I clip and leave them in a little pile on the edge of the bath rather than leave them rolling around at the bottom of the bath - there's nothing worse than feeling a sharp prick in one's bum when wallowing around in the bath...
Posted by Inexplicable DeVice at 09:22 9 comments: 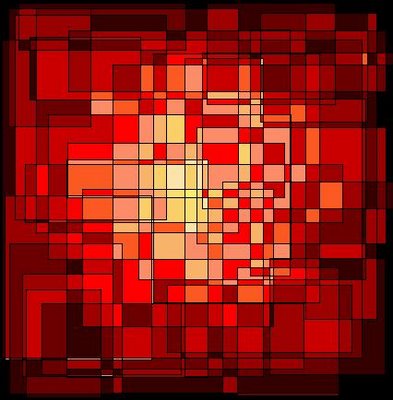 Posted by Inexplicable DeVice at 09:59 7 comments:

Because I can't think of anything else... 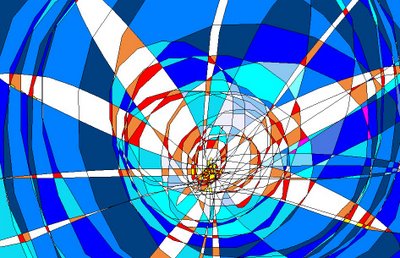 Posted by Inexplicable DeVice at 18:23 5 comments: