Due to the catastrophic non-blogging strop that occurred between November 2013 and April this year (not counting the New Year blip - which, come to think about it, was actually about not blogging), I thought I'd better update my "books read" list. As before, this post is a reminder for myselves - you don't have to take much notice of it.

And still to come: 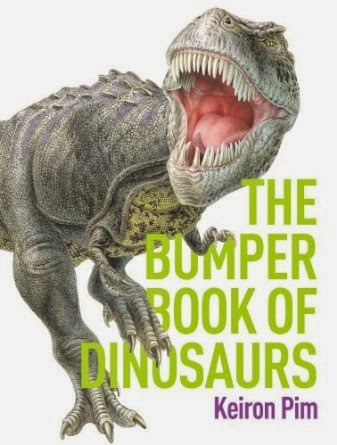 ~ The Bumper Book of Dinosaurs, by Keiron Pim
This is a lovely book that I bought for myself for Christmas. I also bought copies for Babyzilla and The Father, signed by the author of course. After all, You're not the only one who knows people who write books, Tim!
~ Federation: The First 150 Years, by David A. Goodman
A birthday present from that certain media-whore blogger that I've yet to finish. The book that is, not the blogger (although not for the want of trying, mores the pity).
~ Rising Son (Star Trek: Deep Space Nine), by S. D. Perry
A book I borrowed off a friend years ago and have now, eventually, purchased a copy for myself. After all, I love me some DS9!

Posted by Inexplicable DeVice at 13:30 10 comments:

Ships of the Line calendar 2015 preview


Now, I've just got to nip out for a bit, so I'll leave you in The Host's capable hands. I have no idea what he's got planned, but then I don't really care as I'm not going to be here!

Right. With Witchface out of the picture, I can show you this:


(click to embiggen - that goes for all the following pictures, too)

Oh, good grief!
Quiet you! And what are you still doing here? Why didn't you bugger off with Witchface?

Someone had to keep an eye on you!
Can't you keep yourself entertained with my SubConscious while I do this?

Oh, no! I'm not being saddled with the Wicked Witch of the Worst. Besides, I want to look at the pictures.
Fine! I'm off. I know when I'm not wanted. This looks like it's going to be dull anyway, and what does a witch need with a starship?

Thank gods for that...

Right. Where was I? Oh, yes. Starships!
In a couple of months, next year's Star Trek: Ships of the Line calendar will be released by Universe Publishing. And like last year's fine example, this one is packed to the plasma vents with new and rarely seen Starfleet starships and space stations.

I'm particularly excited to see John Eaves' painting of a Sovereign-class starship undergoing saucer-separation (possibly the USS Enterprise NCC-1701-E). Some others of interest are a Luna-class ship (the USS Titan?) approaching a Watchtower-class space station, a moon-base attacking a small fleet of ships which includes what looks like a Sabre-class starship, a squadron of Klingon ships docked at Deep Space 9, and three Daedalus-class vessels during the Earth-Romulan War.

While I feel we have been spoiled with such variety, I am a little disappointed that the beautiful Vesta-class USS Aventine does not make an appearance in this calendar, especially as it featured quite heavily in the recent novel series The Fall. And while I'm griping, I would have loved to have seen an image by Mark Rademaker; either Project Full Circle's Theophrastus-class USS Demeter, or the entire Full Circle fleet (which does include the aforementioned Vesta-class). Apparently, Mark was close to getting an entry into the 2015 calendar, but didn't have enough time to finish it. But just look at the unfinished version - Captivating!

Well, that's it for now, although I'm toying with idea of a series of "Starship of the Month" posts, so don't go thinking that I've got this Star Trek stuff off my chest and that you'll never have to see the like again!

Posted by Inexplicable DeVice at 13:30 8 comments:

Labels: Books, I We Me Us, Not my usual fare, Public Service Announcements, Star Trek 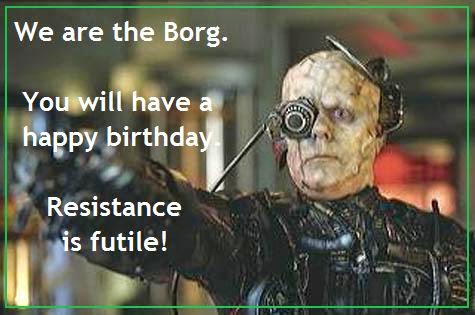 Almost forgot - Sorry Beast. You can thank Ms Scarlet for the reminder.

Posted by Inexplicable DeVice at 21:34 6 comments:


There I was, sitting at my desk reading through old blog posts, when a buzzing noise, not unlike a small aeroplane flying overhead, briefly distracted me. Initially, I paid it no heed since we live rather close to Northrepps Aerodrome and resumed my wonderment at all the instances in which MJ and Beast not only agree with one another, but also laugh at each other's comments.

However, the buzzing persisted, even growing more strident and sounding a lot closer, so I looked away from the screen and out of the open window.

The house was surrounded by swarming bees! I immediately thought of that hokey old film with Michael Caine in it, then that we were suffering from some sort of biblical plague signalling the apocalypse. My hand to my mouth, I checked my infernal calendar, only slightly relieved to discover that the apocalypse wasn't scheduled until 25th J-

Shhhhh!
Oh, yes, the mortals are not supposed to have prior knowledge. Sorry!
Where was I?
Oh, yes: abject panic!
Immediately, I  set about closing all the windows and got the binoculars out to see if I could find Oprah Winfrey lurking in the neighbourhood directing her army of killer bees.

By this time, the bees had tightened their swarm and were hovering over the trampoline in the garden of the house opposite (commoners), and Oprah was nowhere in sight. As I stared, somewhat enrapt, the swarm slowly moved to a nearby pine tree (obviously feeling the trampoline was a class or two beneath their social status) where they settled.

Posted by Inexplicable DeVice at 13:30 13 comments:


Another resounding success from the Infomaniac House of Beauty and its affiliates! 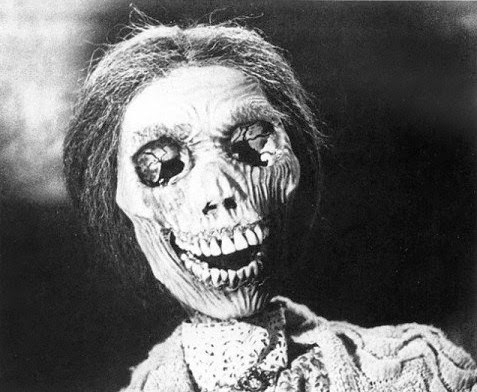 After having her teeth seen to at Dr De Vice's Dental Clinic, she was advised to cut down on the sugary foods to keep them in tip-top condition. Enrolling in the Infomaniac House of Beauty's diet program, she lost so much weight she couldn't believe her eyes, so they were promptly (and inexpensively) removed.
Now all she needed was a trip to the Hair Hall of Fame for a kicky new 'do!

Posted by Inexplicable DeVice at 17:52 5 comments:


I took afternoon tea yesterday with Brigadier General, the Baron von Vinculum and my distant cousin Svaathor Da Vijs. We met at Lily’s Tearoom at Hadfields Garden Centre in North Walsham for one of their delicious (and very reasonably priced) cream teas. The Ladies of Lily's were very accommodating and didn't bat an eyelid when I arrived with a posh steampunkesque old man and a massive centaur rather than Inexcuseable and her husband as is usual. The cook even offered Svaathor a sugarlump on her outstretched hand while we waited for some patrons to vacate the sofas in the corner (as Svaathor couldn’t fit his hulking carthorse-type frame at any of the little tables).

When the waitress brought our tea and scones over, she set everything out on our table and offered another sugarlump to Svaathor. He nibbled it off her palm but almost immediately afterwards grabbed her small hand in both of his shovel-sized ones and gasped in shock (rather unnecessarily in my opinion).
"My lady!" he exclaimed to the now rather apprehensive waitress. "Look at the state of your hands! The skin is red-raw and dry. It doesn't match the delicate, fair skin of your lovely face." He always was a bit of a charmer. "What ever have you been doing?"
"Well", she blushed and pushed an errant strand of blonde hair back behind her ear, almost-but-not-quite fluttering her eyelashes, "we've been having a bit of a problem with our dishwasher so I've been washing up by hand."
"By hand? A lady such as you shouldn't have to stoop to such a menial task. Don't you have a kitchen boy for when such things occur?"
"Unfortunately not. This is only a small operation, you see, so most days it's only me and the cook."
Svaathor harrumphed. "So, what's wrong with your dishwasher?"
The waitress looked slightly uncomfortable, as if she didn't want to say, but after clearing her throat and looking the three of us over she answered. "Well, I suppose I can tell you without fear of being ridiculed: There's a young lady in it. Without any clothes on!"
I rolled my eyes as the baron muttered something about the youth of today and poured himself some tea. Svaathor just sat back with a knowing look on his weathered but handsome face.
"My lady" he said, rising from the sofa, "perhaps I can help? Lead me to this occupied dishwasher of yours" and the two of them disappeared around the corner and into the tearoom's kitchen.

The baron slurped noisily at his tea and I buttered, jammed and creamed my scone to within an inch of its life as we studiously ignored the grunting and thrashing sounds coming from the back. A particularly unexpected and shrill "Ooh!" surprised the baron so much that his monocle fell out, but he put it back without a word. The following face-slapped-by-a-wet-fish sound was expected at this point, so we continued with our cream tea in a civilised manner, commenting on the weather as was right and proper.

When Svaathor returned to join us, wiping the fish scales from his face with a napkin, the baron rummaged around in his bag eventually producing a brightly labelled bottle that he held out in front of us in his rather shaky grasp.
"Perhaps next time" he said with a touch of exasperation, "you could just use this*."

Posted by Inexplicable DeVice at 15:53 9 comments: