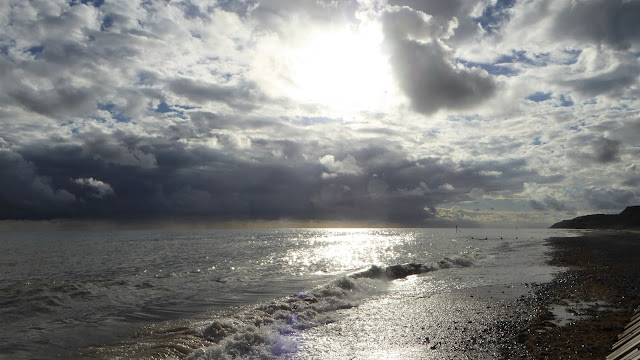 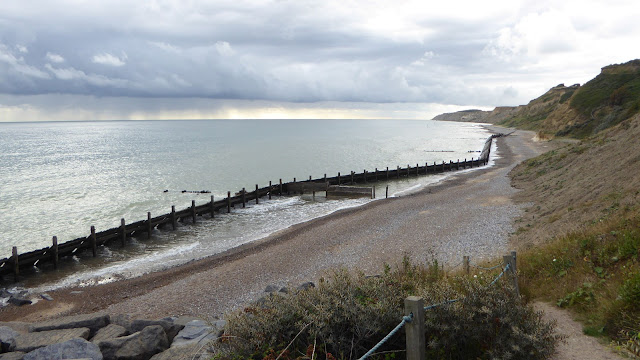 Before rushing out in a 'must-get-pictures-of-paths' related panic yesterday, I popped down to the beach for a swim and to see if I could summon my aquatic alter ego, Flotation DeVice, for Mistress Maddie.
Quite why Maddie wants to get acquainted with a pallid, gangly Cloverfield-like seamonster is beyond me, but each to their own.
Anyway, although FDV did put in an appearance, they ruined it with their squinting-in-the-sun/frowning Sam-the-Eagle face, fortunately!
Read more »
Posted by Inexplicable DeVice at 15:18 18 comments:

Labels: Beach, Blogorati, Canvas, Cormorants, End-of-the-Line, Groynes, I We Me Us, North Norfolk, Triffids and such

Under threat of a Sideboard Invasion if I don't make an appearance before Friday, here I am!  (Although, I'm not convinced that the invasion won't go ahead anyway...)

I don't have much to say for myselves, so may I present a selection of photographs depicting some of what I have been up to this month: 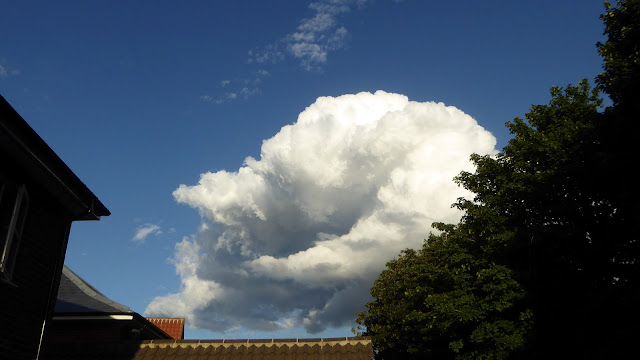 This huge cloud-with-a-mouth loomed over the garden, but moved on when I hid under the trees pointed out that my sister (who lives down the road) has more meat on her bones than me. 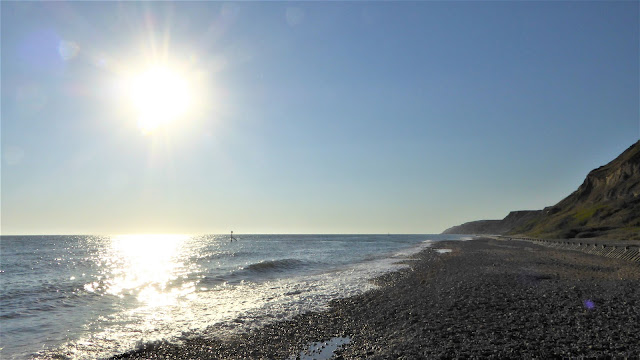 I popped down to the beach for an early morning swim - the first of the season!
(I had to brighten this photo considerably in order to make it resemble how the beach really looked - Camera didn't like being pointed at the sun, I suppose...)
Read more »
Posted by Inexplicable DeVice at 16:56 11 comments:

I had my hose out watering the fuchsias when look who leapt out all wet and surly.  Yes, Tom Daley!  Quite what he was doing in the undergrowth, I don't know?  Anyway, I haven't got time to deal with him now, so perhaps one of you can get him out from under my feet?  Jon, I know it's an imposition - and on your birthday too - but would you mind? 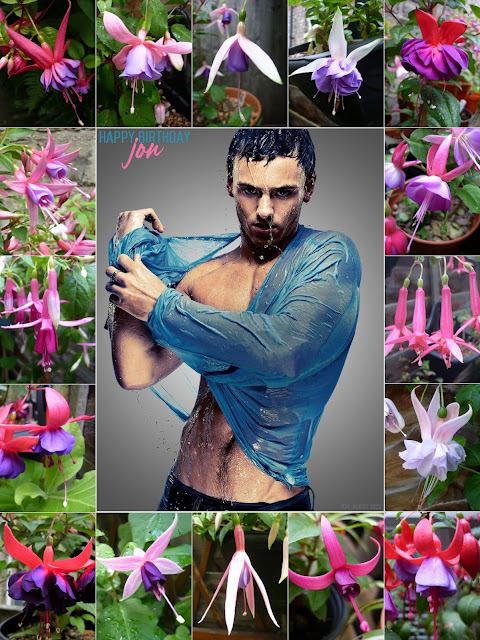