It's A Faaaake! Not The Art of Star Trek - Driven To Distraction


As we haven't had a Star Trek-related post for a little while - what with all the Norfolk photos and all - I thought I'd treat you to an extra long one!
Don't worry, you can describe your pleasure and thank the Host profusely in the comments, as usual.

Sigh...
Yes, after a three month absence here on this blog (two months at Trek BBS), may I present the May Art Challenge (as set by the winner of the March/April challenge):


My idea is to choose anything from any Star Trek movie or series after the original and redesign it as if it had happened in the original series (TOS).

Think of how George Lucas handled the Star Wars movies and series- Doug Chiang was told not to reimagine or reinvent the work of Ralph McQuarrie from the original movies, but extrapolate from them. That's what we want to do here. Try to imagine all the latter Treks as if they were going on at the same time as TOS or immediately after. You might want to use as inspiration this creative collection of photo manipulations placing the TOS ship in later Treks.

For the May Art Challenge of TOSifying (with thanks to an adult male Borg of my acquaintance for the descriptive term) a later Trek design to a TOS style, I eventually decided to take on the flight suits as worn by Tom, Banana B'Elanna, and Harry in the Star Trek: Voyager episode "Drive". I originally mentioned doing the flight suits as a joke, but with the month nearly half gone at the time, I knew that if I didn't commit to something, I'd just let it go until next month (when I'd probably not do anything either).

So, first up, my inspiration (screenshots from TrekCore), followed by the progression of my design (as with many things in life, remember that clicking enables embiggenment):


Whether you want it or not, I've just got time for a quick photo-update before the weekend. This edition sees a Monument to Daedalus - as photographed in the gardens atop Castle Mall (Norwich) early on Wednesday morning - and last night's wonderful sunset off the coast here in Cromer. 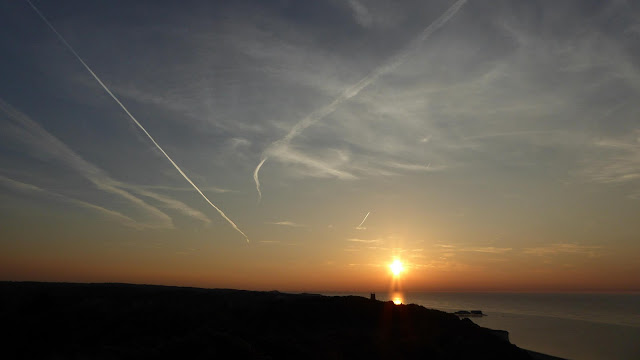 
With nothing in the larder that I fancied for breakfast this morning, I toddled off into Cromer to see if I could find a nice Danish pastry or something. The unexpectedly pleasant weather meant that I stayed out far longer than I intended. I mean, what did I have to go back so quickly for? Yet more sorting/packing/cleaning and that Trek Art Challenge! 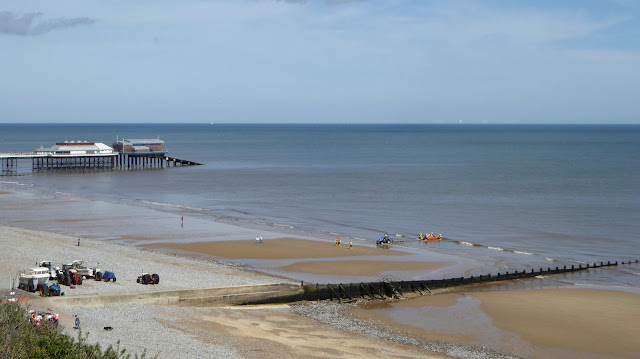 
As I have loads to do, what better way to try and forget about it all than to drift around the countryside taking photos? Well, it was sunny and warm - It's supposed to heff it down this afternoon, so I can do all my sorting/packing/cleaning then.
Unless I work on my TrekBBS May Art Challenge instead...

Labels: Familiar, Norfolk, Triffids and such

An Assortment of Aquilegias

Not to be confused with An Allotment of Aquilegias (from 2015)

Sticking with the Triffidy theme - though perhaps not quite as monstrous as the churchyard Echiums - may I present the Aquilegias (and other blooms) currently gracing the Gardens (and driveway) of Castlette DeVice:

Or: When the Milk Witch goes to seed...

No, not me. Although sometimes I do feel as if I'm nearly there...

The Host went to see Alien: Covenant at the Cromer Regal Movieplex this afternoon, so I went along for the ride as I quite like Alien and Aliens. I didn't like this though. What a load of convoluted, hurried, needlessly shaky, Alien-diluting rubbish!
I didn't like it either! I'm going to try and erase this from our memories.
Anyway, on the way back, we walked through Cromer churchyard and marvelled at the Giant Viper's Bugloss (Echium pininana), which is now in flower. 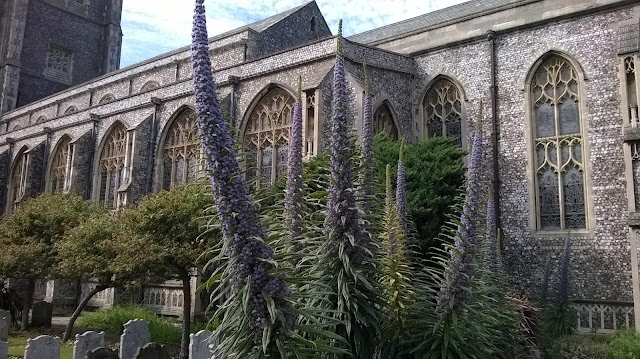 Milk Witch is another name for the common dandelion (Taraxacum officinale), a veritable field of which I walked through on my way home. They'd all gone to seed, but weren't quite ready for their seeds to blow away in the wind, so their 'clocks' (I think some of the Americans amongst you may know them as 'blowballs' - Is that right, Maddie?) were all primed and ready to tell the time upon the breaths of the curious. 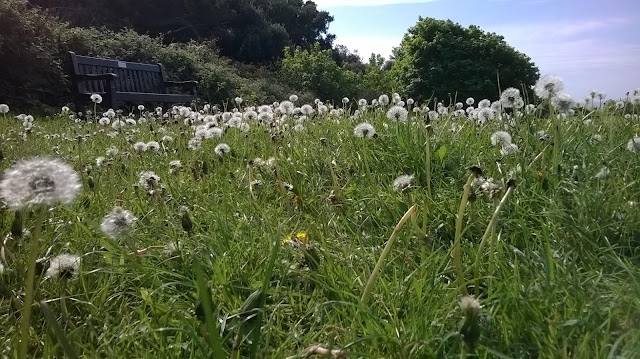 The Host has some more flora photos to share, but he's not yet got around to sorting them out, so they'll have to wait for another day.

Posted by Inexplicable DeVice at 17:50 17 comments:

Labels: I We Me Us, Norfolk, Triffids and such


"Shiver me timbers"? What the hells... It wasn't even cold!
You know, it's really difficult coming up with a new post title for a load of photos, the subject matter of which has been taken to tedium?! Besides, there's a lot of timber.
Well, at least I'm doing something. You barely do shit all around here anymore!
Perhaps if you'd let me use your body a bit more, we could do something worth posting about, instead of all that Star Trek stuff! I mean, when was the last time we went out on Broom? Or got up to a little hocus pocus? Or even popped over the Cusp for an adventure?!
I've been busy, as well you know. Someone has got to sort all our stuff out before we move.

All your dusty stuff...
Don't you start!
Well, is he going to move all his dust from one house to another again?
No! The dust has been vacuumed up, so let's just leave it and get on with the show, shall we? Right. Here are some photos from Sunday's walk on the beach: 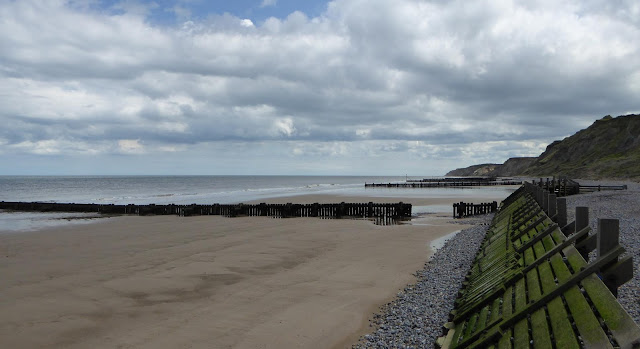 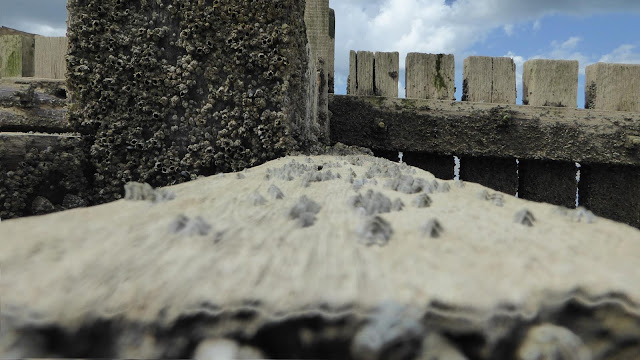 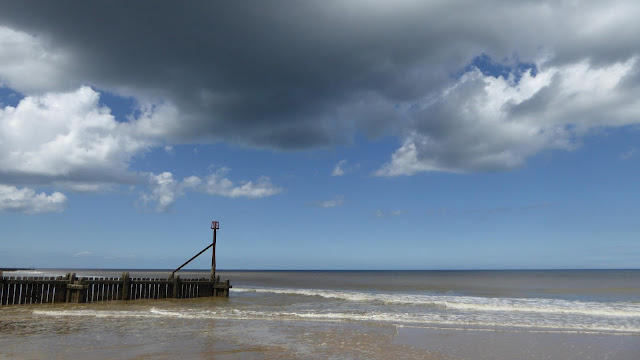 Labels: I We Me Us, Norfolk, Swearing


I had reason to traverse the underpass from St. Stephen's Street to Queens Road (in Norwich) yesterday morning, and was pleasantly surprised to discover that not only did it not smell of wee, but that it had been transformed into an art gallery of sorts.
Immediately recalling Hound's recent Free Art Gallery posts, I made an effort to really look at what I was hastily walking past. It wasn't until I got almost to the steps ascending to Queens Road that this rather adorable owl caught my eye:

If I was more awake (and could be bothered to go back), I'd've taken some more photos of other pieces, but I wasn't (and I couldn't), so you'll have to take a look at this Instagram page to see some of the rest.

Doctor McCoy walks into a bar...

The only reason for this little sequence of movie stills is as an introduction to the video clip, which I've posted purely for the background music*. Or, perhaps I should say: Muzak!
You see, I've recently purchased the 2010 expanded edition of the Star Trek III: The Search for Spock original motion picture soundtrack, and this bar muzak features on it. Track 16 (disc one) is a medley of three pop standards from the catalogue of the Famous Music Corporation - That Old Black Magic/Tangerine/I Remember You (originally by Johnny Mercer, Harold Arlen & Victor Schertzinger) - rearranged by composer, James Horner, for this scene where Doctor McCoy (while suffering from Spock's mind-meld) tries to charter a space flight to the forbidden Genesis Planet.
While I am awed and moved by the incredible movie soundtrack, the little (or large, perhaps, as it lasts for over ten minutes) lounge muzak at the end is a delightful finis.
Plus, it reminds me of The Official Plant-Spotter of Castlette Device and its Extensive Witchdom's (Jon), frequent lounge music offerings!

*You can see the full clip from when McCoy enters the bar here - although the quality isn't quite as good, but at least you don't get that Movieclips guff at the end.

* Contents and colour may vary. Other colours are available.

Another Bank Holiday befalls us Brits, so what better way to use up some of the yay-I'm-not-at-work time than to have a quick wander around the countryside?