"Damn it. You have ALL the Cormorants again."

It does appear that way, doesn't it, Ms Scarlet? 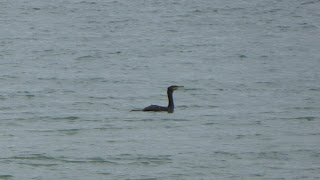 Ms Scarlet appeared quite vexed after perusing Wednesday's Coastal Catch-Up post and the glut of cormorants contained within.
So, to soothe her nerves, I have found something other than Cormorants to share from today's wander along the beach.

Ummm… So what are these two photos, then?
Ah.  Yes.  Well, they were still hanging around, and Camera accidentally took photos of them. Or something...
Anyway, for nerve-soothing, just scroll down. 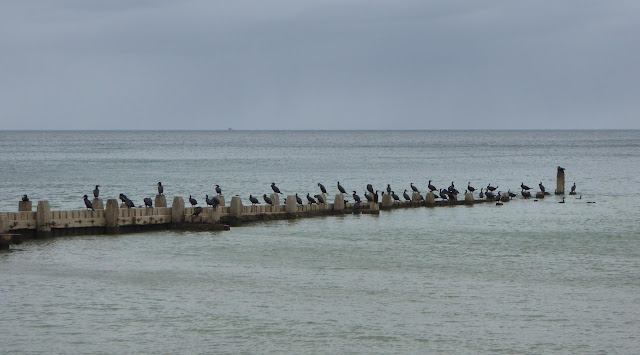 I saw 'mum' first, keeping an eye on those pesky cormorants.  Then, further along the beach, 'dad' was taking advantage of his wife's preoccupation by having forty winks.  And then, on my way back, I discovered the seal pup taking a kip just beyond the shoreline.  He or she must have dragged themselves out of the sea just after I first passed by.
What a little cutie, eh?

Posted by Inexplicable DeVice at 20:01