As it was another unseasonably warm day (13°C, or thereabouts) without the predicted rain, I thought I'd venture out to check on my marker sigils, amongst other agendas.
But first, before we get to the photos from today, the following three photos are from Sunday's walk:

Labels: Norfolk, Triffids and such, Witchcraft

Or, Vpon her flew the flie and ſuckt her ſweet**

I bought this book to read to Babyzilla when she comes to stay, but realised that I hadn't actually read it myself (or if I have, I can't remember). I've seen the film though, but that was decades ago.
I was struck by how useless and selfish Wilbur appears to be, and had to keep reminding myself that Charlotte considers him her best friend, so he can't be completely rubbish. Charlotte's inevitable death was very sad but the way she died confused me as it didn't happen like I thought it did. You see, before I read this book I'd recently watched Blade Runner, and there's a scene in which Rachel is telling Deckard of a memory she has when she was a little girl. She remembered watching a spider build a web outside her window and lay some eggs in it, and when the eggs hatched, the baby spiders ate their mother. I managed to mix up my own memories and was expecting Charlotte to be eaten by her kids!

Labels: Books, I We Me Us, Star Trek, Swearing 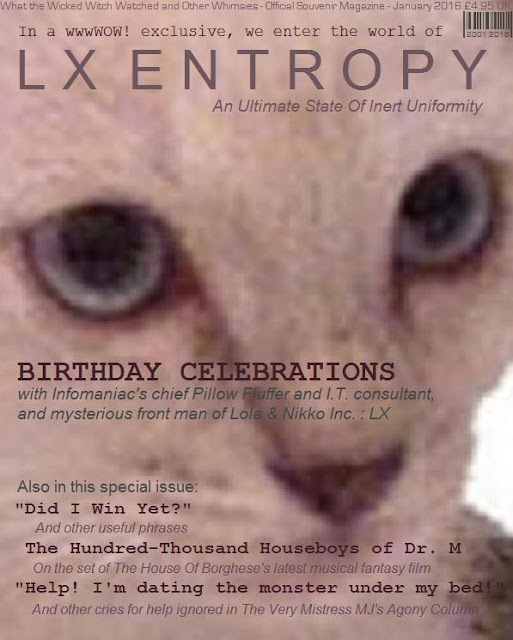 Posted by Inexplicable DeVice at 06:00 14 comments:


For the first time in what seems like an age, we had blue skies here on the North Norfolk coast (although, maybe we have had more nice days recently but I just hadn't looked out of the window and noticed?). Rather than waste them, I decided to take a walk - the first one since the New Year. I did contemplate going out on Broom, but it's barely above freezing outside, so the wind-chill would have been horrendous.
Anyway, here's some evidence of blue skyed loveliness:

Waiter! Waiter! There's a dog in my gin! 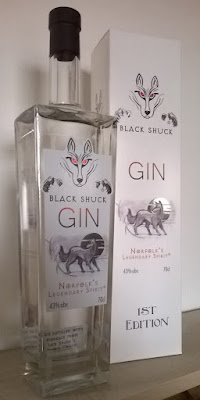 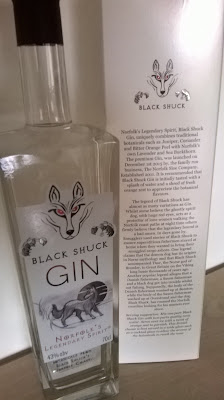 Oh, well. What's the worst that could happen?
Anyone for a G&T?


This gin was a Christmas present from Inexcuseable and her husband.

Posted by Inexplicable DeVice at 10:22 14 comments:


As we've got nothing prepared at the moment, I'm just going to drop a couple of photos of some old artwork here that the Host produced many years ago.
I found these photos languishing in our 'downloads' folder, and as I have no idea what to do with them or where to file them, I thought we might as well plop them in on the blog then at least they are somewhere. The originals are floating around Castlette DeVice, being moved from place to place (not on the walls - they're not that good, as you can see) as, just like with the digital images, I don't know what to do with them.

Labels: Blogorati, Canvas, Crush, I We Me Us, Swearing


A new year has successfully begun (for those that observe the Gregorian calendar, amongst others). One has to check, though, as there's nothing worse than languishing in the stinky, alcohol-soaked ruins of the Old Year. So, this morning, I risked single digit temperatures (that's centigrade/Celsius, rather than the ridiculously confusing Fahrenheit) and made my way to the lighthouse on the cliff top to ensure that the Old Year had been well and truly vanquished by the New.