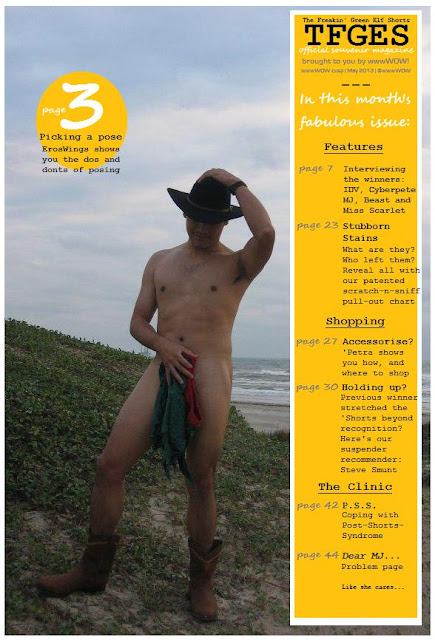 OK, so it was just an excuse to see Eros in his next-to-nothings again...

Posted by Inexplicable DeVice at 21:03 8 comments: 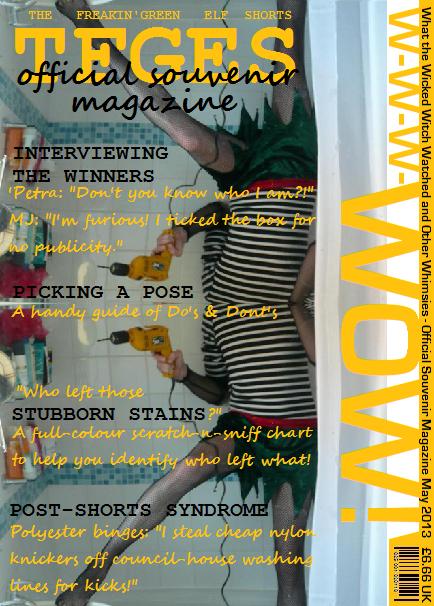 Click to embigulate
Posted by Inexplicable DeVice at 22:29 15 comments:

And the winner is...


... announced further down. This bit up here is for the build up.

First, a word from the Queen of the Elf Shorts, Andrea Knapp:

And now, without further ado,
may I present the almosts and not quites:

Before we get to the runners up,
we'd better have some heckling from the crowds:

So, on to the runners up:

Don't get your hopes up for a runners-up prize or anything as I'm fresh out.
Sorry. 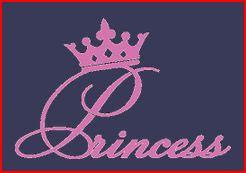 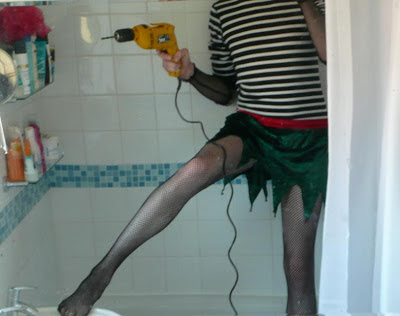 Yes Princess, you have won the much coveted, and always reviled, Freakin' Green Elf Shorts! And, you've not only won them for yourself, but for your country, too. This is the first time that the 'Shorts will be in Australia, and only the second time that they've travelled into the southern hemisphere.
Just don't let them escape once you have them, as they are an invasive species and will quickly become a threat to Australia's unique biodiversity.

I still have your address somewhere, but I'll email you to be sure before I send them off.


Thank you to everyone who took part to make this compo a success. Special thanks to Rimpy for his copious 'Shorts-based ejecta - You were so very close to winning. There was much gnashing of teeth and fingernails as I was deciding between you and Princess.
Good luck to everyone when Princess holds the compo. Which I'm hopeful will be soon.

Dr De Vice's Dental Clinic is only loosely affiliated with the Infomaniac House of Beauty and cannot be held responsible or accountable for any mishaps or misery caused by the aforementioned institution.

Posted by Inexplicable DeVice at 14:02 30 comments:


Here it is! The moment you've all been waiting for. And unlike last time, you won't need sunglasses as I've taken steps to tone down the glare from the Host's legs, thanks to a gift from Miss Scarlet. 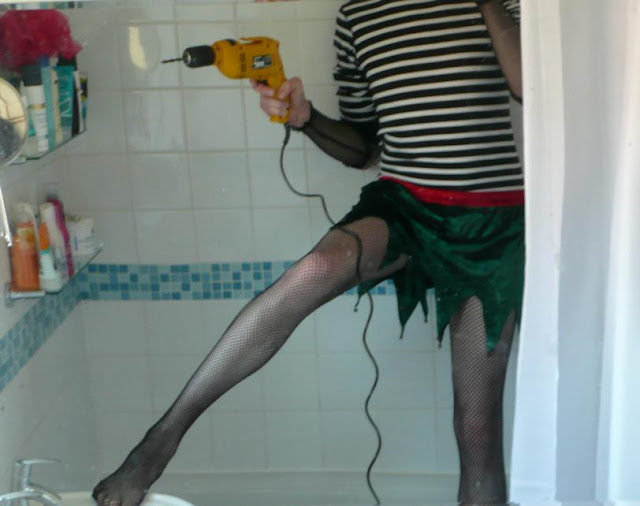 Get your thinking caps on and get those captions rolling.


EDIT 19.05.2013 07:40 - Your time is nearly up. The competition is only open until midday today, Sunday 19th May. If you have a devastatingly cutting or witty comment/caption for the above photo, now's the time to leave it.  I SAID NOW!


P.S. For the rules etc, see the previous post.

Posted by Inexplicable DeVice at 00:01 64 comments:

Labels: Freakin' Green Elf Shorts, I We Me Us, Ms Scarlet


It's almost the moment you've been waiting for. In just a few short days, I shall be hosting: 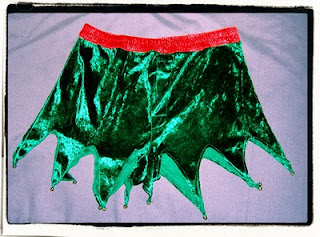 You've all been waiting very patiently, so I shall be getting this out of the way pretty quickly. After all, I've already had the misfortune to have those things upon my person once before.
The competition will be open for one week only, then these wretched 'Shorts will be removed from my sight and sent, post haste, to the unlucky winner.
Before we get to the compo itself, there are a few rules & regulations that you may need to know.

These rules and regulations are brought to you in association with that Infomaniac, MJ.*

“May I enter more than once?” Enter as many captions as you wish, as often as you like.

“What happens if I win?” If you’re chosen as the lucky winner, I’ll send The 'Shorts to you. If you’re in another country, I’ll also send you a souvenir of my county & country; Norfolk, England, along with The 'Shorts. Bonus! Then it’s your turn to take a photograph of yourself wearing The 'Shorts and post it on your blog.

“I don’t have a blog or a website. Can I still enter?” No. You’re shite out of luck. Set yourself up with a blog because if you win, you must post a pic of yourself wearing The 'Shorts. We all want to see you make a fool of yourself like the previous winners have all done.

“If I send you my credit card number and access to my bank account, will you declare me the winner?” Bribery will not be tolerated. So far I have received bribes involving unlimited supplies of Boy Butter™, unlifelong membership of one of the most exclusive clubs in the Underworld, a gingerbread cottage and offers of sexual favours. Grovelling and begging is looked upon favourably but will not win you The 'Shorts.

“How long do I have to enter?” The competition closes at midday GMT on Sunday, May 19th. The winner will be announced by Monday, May 20th at whatever time I get around to it.

“Are those stains removable?” No amount of scrubbing will remove the stains. And why would you want to?

“Will you wash The 'Shorts before you send them to me?” Again, why would you want me to?

“I’m new here. What’s this all about?” If you’re wondering what this competition is all about, read The Definitive History of The Freakin’ Green Elf Shorts at MJ the Infomaniac's.
You may also like to peruse the map of their travels, as seen below: 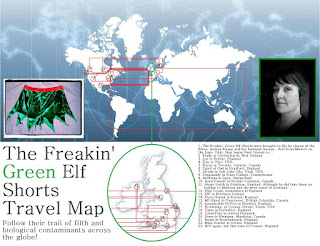 
Ooh, before I go, here's that preview image:

REMINDER: Submit your captions by midday Greenwich Mean Time on Sunday, 19th May.


* Because I'm too damn lazy to do my own. Plus, MJ's are quite serviceable.
Posted by Inexplicable DeVice at 06:18 16 comments:


Sorry I haven't been around for a few days. I've had one of those weeks...

It seems even Inexcuseable's home - my new home - is subject to the machinations of various supernatural flora and fauna. Am I destined never to be free of their plague?

Tuesday, 17:34 - Came downstairs to the unmistakeable odour of burning. Inexcuseable was sitting on the sofa, completely oblivious as she played Boggle on her newly acquired (she won it at work) Kindlefire.
"Have you turned the oven on?" I asked her, rousing her from her Boggle-induced stupor.
"Not yet" she replied, looking up cross-eyed.
I quickly entered the kitchen and spied a flickering light though the oven's glass door. Without thinking, I opened the door. Luckily, I had my precognition switched on and ducked instinctively.
There was a Phoenix in the oven. It screeched deafeningly and exploded out of the oven on fiery wings, launching itself out of the window and into the late-afternoon sky.
"Oh, yeah" Inexcuseable mumbled. "I forgot to tell you about that."

Thursday, 17:11 - Home from work early, I reversed Car up the drive, gathered my various accoutrements and opened Car's door to get out. At the last second I noticed the huge steaming pile of dogs mess slap-bang in the middle of the gravel, right where I was about to put my feet.
And then the stench hit me, almost knocking me back into Car. Something this huge and repulsive didn't come from any normal dog. No, this evil-smelling, enormous pile of faintly glowing faeces could only have come from one creature: Black Shuck.

Friday, 11:48 - Left the house when The Mother pulled up outside to pick me up and heard a whimpering from round the corner. I took a few steps from the front door and turned slightly to look over my right shoulder. There, cornered in front of the bins by Ming (AKA Spike II), was Black Shuck. The huge, black, demon dog looked pleading at me before cringing backwards out of reach of a vicious swipe from Ming's claws.
"Well, you shouldn't have shat on our driveway, should you?" I said, before getting in The Mother's car and being whisked driven very slowly away.

Saturday, 14:23 - Well, bang goes repotting my spathiphyllum. I wandered out to the greenhouse, the plant, cramped in its pot, in my arms, my eyes almost closed as I squinted in the sun. Upon reaching the greenhouse, I put the plant down and slid open the door.
"Fwwwaaaarrghhh!" I snorted as a cloud of hot, sulphurous gas billowed out and enveloped me.
There was a dragon in the greenhouse. A smallish one, mind, but a dragon nonetheless.  And no amount of shooing with my gardening gloves would shift it.

Today, 14:22 - While writing this post, I reached over to the packet of fruit pastilles beside me, my eyes not leaving the screen. My fingers didn't find the shiny, plastic wrapper of the chewy sweets. No. Instead they touched a strangely velvety, yet crispy, fabric. I turned my head to see what it was.
"Eeeeeeeeeeeeeeeeeeeeeeeeeeep!"
The 'Shorts!  The Freakin' Green Elf Shorts!!
They had escaped their prison and were sneaking up on me!

Gah!  I suppose I'd better hold the flippin' compo asap so I can be rid of them?

Posted by Inexplicable DeVice at 14:35 6 comments: