Books Not On Chairs or Other Seating Conveniences...


... because I only have the briefest of windows available, this is all I have time for. I couldn't even find the time to plop a few books on chairs and take some snaps! Not that I have any chairs you haven't already seen in previous outings... 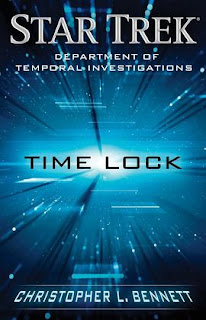 The dedicated agents of the Federation Department of Temporal Investigations have their work cut out for them protecting the course of history from the dangers of time travel. But the galaxy is littered with artifacts that, in the wrong hands, could threaten reality. One of the DTI's most crucial jobs is to track down these objects and lock them safely away in the Federation’s most secret and secure facility. As it happens, Agent Gariff Lucsly and his supervisor, DTI director Laarin Andos, are charged with handling a mysterious space-time portal device discovered by Starfleet. But this device turns out to be a Trojan horse, linking to a pocket dimension and a dangerous group of raiders determined to steal some of the most powerful temporal artifacts ever known...

Labels: Books, I We Me Us, Star Trek


Due to the quite sudden turn of the weather at the end of September, I haven't been out-and-about on many walks/drifts-
Or partaken of many flights on Broom!
- so I don't have many photos of the Norfolk countryside for you.

Did I hear someone breathe a sigh of relief?
Probably. Those same stretches of beach were getting a bit tiresome. And that Cormorant was getting ideas above his station what with getting an agent and appearing on other blogs!
Yes, all right... So, anyway, this post is just going to be a mish-mash of the least boring stuff we've been up to. 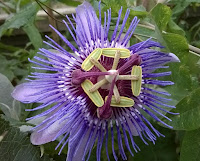 First, some news from the garden: The passion flower that I bought last year and planted with a clematis behind the bench, has finally flowered! Yes, after two summers of not doing very much at all, it finally got its act together and started producing flowers at the beginning of October.
Better late than never, I suppose.

Labels: Apocalypse Oven, Castle DeVice, Holidays, I We Me Us, Manual Labour, Norfolk, Triffids and such


I had a fun afternoon yesterday creating some horror novel covers for a Star Trek fan art challenge being held on another social media website (no, not the dreaded FB - I don't do that any more). The challenge is below:


What if Roddenberry didn't invent Star Trek, with all its optimism, but Lovecraft instead? What if Voyager was primarily penned by Stephen King? What if Starfleet was inspired by 1984?
This flash contest will let those, who dare, explore the dark and twisted parts of the Star Trek universe. Or is this the Horrorverse alternate reality? You decide. Let us shiver, let us scream, give us something that will wake us from our dream. Give us a reason to be afraid of the infinite dark of space!

I've used images (which I nabbed from here), titles, and quotes (from here) from the five live-action Star Trek television series: The Original Series, The Next Generation, Deep Space Nine, Voyager, and Enterprise, and smushed them together in Paint (because I don't have Photoshop or any other such program, and wouldn't know how to use them if I did).


With thanks to Mistress Maddie, we have a new blog post! And to clarify (like Maddie did) we are not forty.
No. Forty is something that happens to other people.
This is a list of forty questions about us, that we will endeavour to answer as truthfully as we can. The answers will either be from me...
... Or from me, the Host.
Right. Let's get on with it, shall we?

1- Are you named after anybody? My two middle names are the first names of my grandfathers.
2- When was the last time you cried? Saturday night watching the reaction to Ore & Joanne's American Smooth to "Singin' in the Rain" on Strictly Come Dancing. 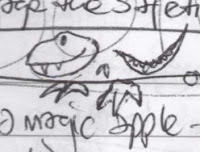 3- Do you like your hand writing? I do, actually. Despite having enormous hands, the Host is quite dextrous with a pen or pencil.
4- What's your favourite lunch meat? Lunch meat? I don't really know what that is. Do we have lunch meat in Great Britain?
5- Do you have any kids? Not in stock at the mo. The cupboard's a little bare...
6- If you were another person, would you be friends? Probably not as I'd easily be able to pick up on the other me's insincerity.
7- Do you use sarcasm? Surprisingly little.

Labels: Broom, Crush, Danger: Rude, Familiar, I We Me Us, Meme, Not my usual fare, Swearing

Not The 2016 Infomaniac Book Challenge III


This edition of Not The 2016 Infomaniac Book Challenge comes to you a little late. Or a little early, if you're not bothered about having one every two months to match up to The Very Mistress MJ's original challenges?
One of the reasons for this apparent scheduling fail is that I had an interminable wait before I could cross the Cusp Interface and come home. I left my friends' floating glass castle on Thursday—expecting to be back in time for The Very Mistress's Sixth Annual Infomaniac Garden Photos Event—but ended up stuck in a dizzying holding pattern in one of the Cusp departure lounges due to leaves on the line, or some other such nonsense! With little else, to do, I entertained myself with some of the least objectionable literature that had been left laying around the lounge... 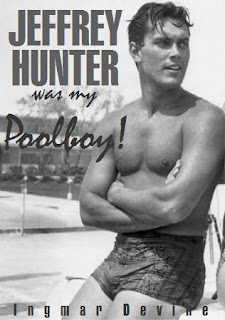 ζ : Jeffrey Hunter was my Poolboy! by Ingmar Devine

Jeffrey Hunter's sheer beauty and presence has managed to elevate this sad, cheap little rag (I mean, I know it was printed in the early 70s, but colour had been invented by then) to a must-read—

Must ogle, more like!
Cwooaaarrghh, yeah!
*ahem* A must-read for any waiting room, holiday—

Or visit to the sperm bank!
Right! That's quite enough from you lot!
What was I saying? Oh, yes. Jeffrey Hunter.
Once I'd got past all the pictures of The Most Handsome Man in Hollywood (which took some time, let me tell you), I was left with the text. And very poorly written it was, too. I found it quite difficult to follow the narrative and work out the timeline of events (and that's saying something for one who is now used to the annoyances of time-travel). But the characters, although barely fleshed out, did seem reasonably believable, and even a little familiar. In fact, the whole thing left me with a strange feeling of stretched out déjà vu.
I think I'd better do some investigating into this Ingmar Devine. I wonder if we're related...?

Head in the Clouds


We're on holiday for two weeks!
So I'm taking this opportunity to visit a couple of old friends who, coincidentally, happen to be passing by this corner of the world. The wind has now changed, so their castle should be within a short Broom flight tomorrow morning. I just need to nip into Cromer to get a pair of sunglasses, as I shall be navigating through blinding white cumulus clouds for the majority of the trip.
You see, they live in a (mostly) glass castle that floats about two-thousand feet up!