Mooning Over a Series of Sun-Sparkling Sea Scenes, or something... 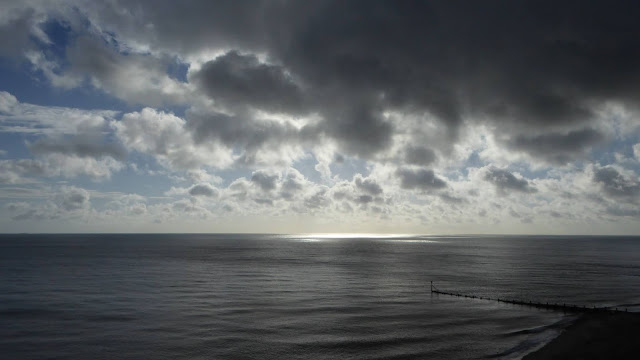 It is high tide time I popped a post up lest you all think I'm going the way of Ms Scarlet-
Which wouldn't be a bad thing.  Quality over quantity, I always say!
Oh, sod off.  You don't always say that.  Who are you, Lord Hippo of Crit?
Hey!
Anyway, while the SubCs squabble, here are some seaside photos from the past month.  The first set - including the one above - are from 6th July:

will be held in November to give you chance to tend to your garden/window box/house plant/salad drawer and take plenty of photos, as well as brighten up an otherwise dull, cold month (at least in the Northern Hemisphere). 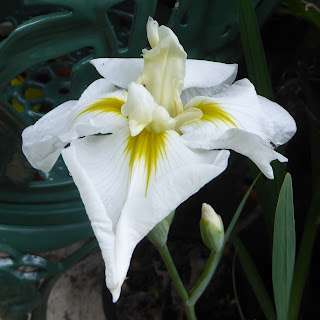 A prelude to the event will take place on Hallowe'en which, just like last year, will be a showcase for your Terrifying Triffidery.  I know in last month's announcement I said I wanted a Parade of Poisonous Plants, but that could be quite limiting (unless you sent in photos of the poison's aftermath - faces in a grim rictus of pain, blotchy rashes, twitching limbs, corpses etc. etc.), so let's stick with the general Triffid theme and any poisonous plants that you care to submit will be an added extra.


Now, for anyone new/forgetful/bewildered, the Infomaniac Garden Photos Event is an online horticultural extravaganza, conceived by (and for the first nine years, hosted by) the Infomaniac herself, The Very Mistress.  It is a place for you to show off part or all of your garden - or even just a single botanical specimen - to an appreciative Blogorati; to swap gardening tips/horror stories; or just take a virtual wander around someone else's garden, satiating your curiosity from the comfort of your own home.  There will be no judging or critiquing, and there certainly won't be a "winner" as the Garden Photos Event is not a contest! 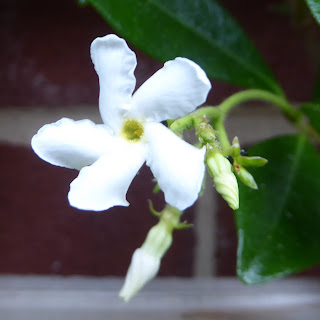 All you have to do to take part is get your unruly bushes in order, trim those straggly overhangs, and mow that fuzzy patch, then set-to with your camera and send me your photograph/s - along with an enlightening blurb for each photo (or just one general, all encompassing description/story/rant) - by Thursday 28th October.  My blog email address is in my profile (just click the link on the right.  Or, for those of you who have my personal email, use that instead).

A Garden Photos Event history can be found here, along with links to previous Events leading up to 2020.  2020's gardens follow on from the link - just click on "Newer Post" at the bottom, or click here for a handy programme of events (and my garden). 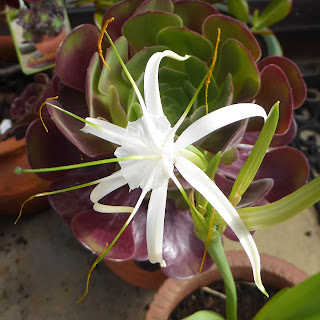 Oh, and if you have any Mystery Plant/s that you can't identify (or you can, but you just want to see if anyone else is able to) send in photos of them too, and we can all have a go at identifying them for you.  And by "we all" I mean mostly The Official Plant Spotter of the Device Mansion and its Extensive Witchdom, nay, All of Blogland Itself: Jon!


Now, go forth and garden!

Posted by Inexplicable DeVice at 10:59 24 comments:

Not The Device Mansion Gardens III

I think I've left you wondering at my choice of books, telly and music for long enough, so here are the promised photos from last Thursday's visit - my third - to the Old Vicarage Gardens at East Ruston.  (The first and second visits can be found here and here.)


As that feeling of dread and despair is telling you, yes, this is a VERY photo-heavy post.  I almost didn't do it as I could barely be bothered to choose the photos and then resize them all (not to mention smush some of the flower photos together so as not to really go overboard with images...).  Almost...

Anyway, let's get on with it, shall we?  The sooner we start, the sooner it'll be over and you can return to your knitting/day-time drinking/uphill gardening (delete as appropriate).

"You love secrets. You want to marry secrets and have half-secret, half-human children."

How has half the year passed by already?  How?!?

Anyway, continuing on from the first quarter's update, here are the highlights of what I've read, watched and listened to from April to June:


∘ Star Trek Deep Space Nine: The Lives of Dax, edited by Marco Palmieri - Again. For the millionth time (although I didn't read every life, only my favourites).

∘ Star Trek The Motion Picture: Inside the Art and Visual Effects, by Jeff Bond & Gene Kozicki - I found this to be a rather fascinating read, and I had no idea of the time pressures and obstacles the production was up against.  Although, I'd've liked a few more pictures.   Actually, I should be more specific as there are loads of cool pictures, it's just that many of them are quite small (in order to fit them in, I should think, otherwise the book would be the size of a car), and I would like to see even more photos of the V'Ger model (because I'd recently found some that I hadn't seen before online somewhere, so I had my expectations up).  All that being said, there are some gorgeous full & two-page spreads of photos and artwork that did not disappoint.

∘ Star Trek: Living Memory, by Christopher L. Bennett - I love the 80s Star Trek movie era, Uhura, and Christopher Bennett's Trek novels, so I'd got my hopes way up for this one.  While it employed the exacting and precise writing style of his previous novels, easily recognisable characterisation, and an excellent use of continuity-weaving as always, Living Memory fell rather flat for me.  I couldn't "hear" Uhura (although the other characters came through easily) and I'd like her to have featured more than she does.  I thought the conflict conversations between Uhura and Shastri, and Kirk and Janith-Lau/Arcturian Warborn were too much like speeches - all civil and reasonable - and so I found them unrealistic and rather dull.  However, I did like the elephants (more please!), "meeting" Uhura's family, the look at Denobula, and the inclusion of Clark Terrell and the Reliant (from ST II), and Joel Randolph (from ST IV).

∘ The Flight of the Pterosaurs, a pop-up book by Keith Moseley - Rather spare on text, but beautifully illustrated.  The pop-ups are rarely of the pterosaurs, strangely - instead they're of plants and insects in the scenes, mostly.  Although, the final pop-up is quite spectacular - two Quetzalcoatlus northropi soaring over a sauropod corpse.

∘ Star Trek: Dwellers in the Crucible, by Margaret Wander Bonanno - I hadn't read this one* in a LONG time, and had almost forgotten how "grown up" this novel seems - mainly, I think, because the Enterprise crew barely feature in it.  The story is based around the kidnapping of a young human woman and her Vulcan would-be friend, and how they bond while in captivity.   Some of it is rather harrowing, and not everyone gets out unscathed (or even alive).

* You'll have to scroll right to the end if you click the link, and even then you're bound to be disappointed...
Read more »
Posted by Inexplicable DeVice at 13:12 47 comments: 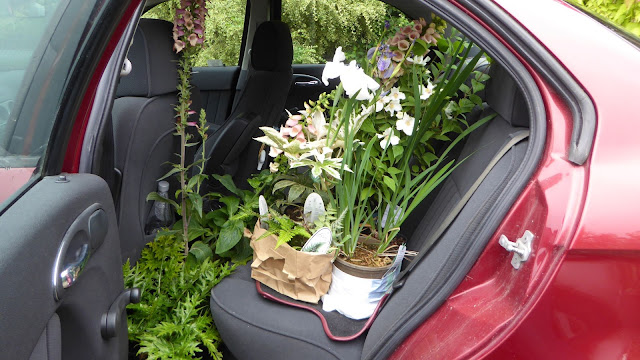 I knew getting a trolley at the garden centre was a bad idea...

I've been out today.  Yes, I know.  Anyway, I popped to Sainsbury's in North Walsham to get some essentials - you know, gin, tonic, chocolate etc. etc. - and then drove across town to Hadfields garden centre (the one with the tearoom - you remember!).

I deliberately walked in without taking a trolley, but within five minutes, my hands were already full, so I doubled back and got one.  Ten minutes later my purse gave a resigned sigh and unclenched... 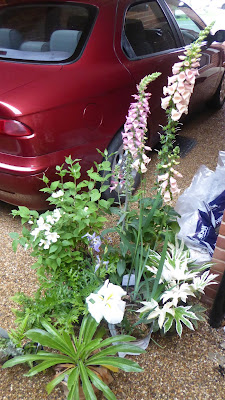 These rather gorgeous triffids are the result: a couple of perennial foxgloves (yes, I know I've missed some of the flowering season, but I love foxgloves and couldn't resist these.  In fact, I used to have the pink one - Digitalis x valinii "Illumination Pink" - but the exceptionally cold winter did it in), two beautiful irises, a small Philadephus x lemoinei "Belle etoile" the small white flowers of which made Car smell heavenly on the way home, a Fatsia japonica "Spiderweb" (with the white splayed hand-shaped leaves), three small ferns, and an Acanthus spinosus.

The green rosette of leaves at the front is a Digitalis parviflora (another foxglove which will have small chocolate-coloured flowers - I used to have one of these up my Back Passage!) that came home with me not from Hadfields, but from The Old Vicarage Garden in East Ruston.  Yes, I made a return visit there and there will be photos.

Posted by Inexplicable DeVice at 18:56 26 comments: