Before we get to my bath, here's something I threatened a couple of months ago:


Book on a Chair: The Final Tour

These are the very few books I've managed to read since Anne McCaffrey's The Rowan back in January:

I thought today was an excellent time to do a book update because I also did one nine years ago exactly which features one of the books here.

And now the feature presentation:

Ten years ago in a bath tub I no longer bathe in (because I moved house, rather than had to give it up due to enormous eight-legged interlopers), I discovered this: 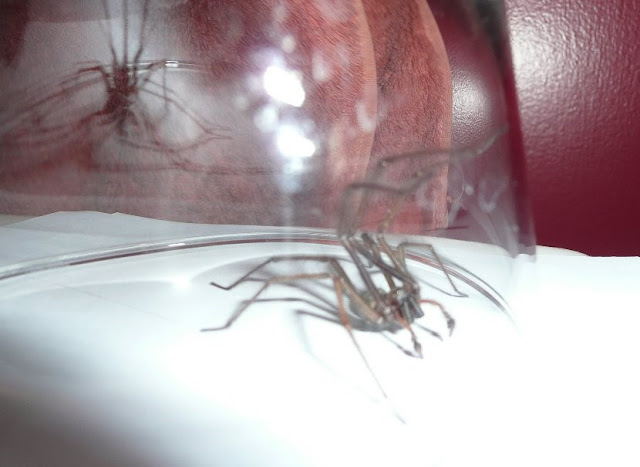 Normally, I don't mind spiders in the bath, but this one had used all my best bubble bath and splashed water everywhere. You should see the mess it's made!

What's the most unspeakable thing/s you've discovered in your bath tubs?

As we're in an anniversary type mood (and can't be bothered to do anything new), here are some other "on this day" things from years past:

. Investigations...  A postcard from our travels back in 2006
. The Final Countdown!  Your last warning before our first captionable encounter with the Freakin' Green Elf Shorts back in 2007

And that's it.  No other blog posts from 14th September in any other years.

Thankfully!
Yeah.  Who'd want to sift through all that dross again?

Posted by Inexplicable DeVice at 14:59