Here be Dragens I mean Gardens!  And their gardeners...

Back in 2011, everyone's favourite Lazy Baggage (thank you, Beast), The Very Mistress (then known as MJ), decided that she couldn't be bothered to make any further effort on her blog, and swanned off to Montreal to get away from it all.  Just before she left, she tasked her Infomaniac Bitches to send in photos of their gardens or other greenery that she could display upon her return, probably thinking that there'd be two or three photos that she could just paste into a blog post, add a couple of captions, and publish while she collapsed with a Jameson's or twelve.

Little did she know how popular this would be, however, and returned to garden photos from 21 of her faithful Bitches.  With what I imagine to be an enormous sigh, an over-dramatic eyeroll, and no small amount of swearing/drinking, The Very Mistress got to work collating the photos and organising them into a tasteful (ahem) display for her Bitches' voyeuristic enjoyment, and the first Infomaniac Garden Photos Event was born!

With the event a resounding success, The Very Mistress brought it back the next year, and the year after that, and every following year.  Then, ten years later and true to form, the Lazy Baggage The Very Mistress gracefully demured from hosting the Garden Photos Event herself and palmed it off bestowed it with great honour upon one of her throng of gullible suckers attendant Bitches.

Which is why, since the tenth anniversary year, you find the Infomaniac Garden Photos Event being held here at Inexplicable Device rather than at Infomaniac itself.

Listed below for your finger-clicking pleasure are links to all (I hope!) the gardens, court yards, balconies, pot plants, cut flowers, and questionable contents of waiting rooms, salad drawers & pantries (not to mention Divine - yes, that one) that have featured in the Infomaniac Garden Photos Event so far:

GPE #7 - Gardening for Gratis, by Mitzi 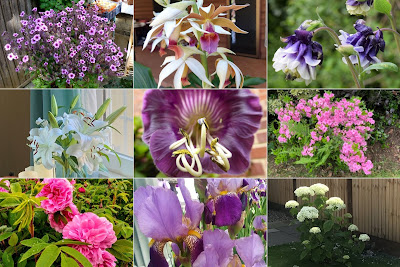 GPE #4 - Dinahmow's Down Under Jungle 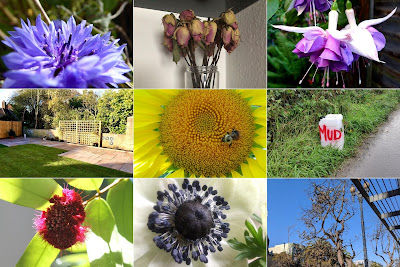 2011: It all began in August with a bra full of petunias...
2012: In a rare divergence from the Infomaniac norm, the event begins with an athletic, young naked man...
2013: Another young naked man?  What gives??
2014: The first unveiling of Ms Scarlet's BIG PINK BUSH!™
2015: He's not particularly fat, or particularly old, but he is naked.  And there's a pendulous surprise at the end...
2016: Despite an ingratiating reference to Canada, LX's entry didn't win (because the Gardens Photos Event is NOT a contest!)
2017: This is when the Garden Photos Event was first split up into a post per garden.  Plus, the first useage of the word "codfanglers".
2018: The post-per-garden presentation continues due to popular demand. 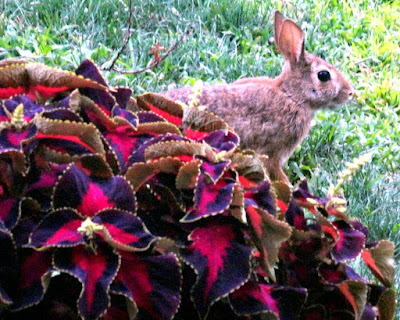 Avert your eyes!  It's The Very Mistress's bunny!