Not the Gardens of Château DeVice


Much as I'd love to submit these photos to The Very Mistress for her annual Garden Photos Event, sadly they are not from Château DeVice's extensive tiny grounds.
Yesterday saw a trip to Norwich to drop Indescribable off for some course she's undertaking (she couldn't drive herself as her car was being M.O.T.ed), so I had a few hours to kill while waiting for her to finish.  And what better venue could I have chosen to obliterate those hours (not to mention my bank balance) than at the Urban Jungle?!

What Would You Name Yours?


What would you name your beach hut, that is?

The following are some beach huts of note from Overstrand promenade.  They're not all named, but either the name or the design of each of these caught my eye.

Labels: Norfolk, Not my usual fare

A Taste of Things to Come... 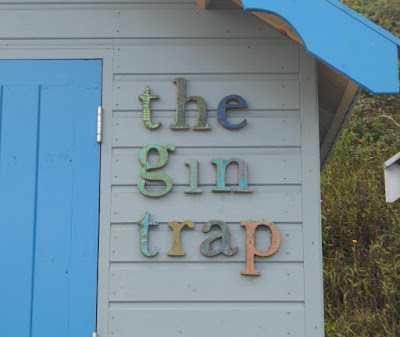 I'll publish the actual post once I've sorted out the photos.  Probably at the weekend.  Probably...

Posted by Inexplicable DeVice at 21:44 11 comments:

One might suspect that as I've been absent from the blog for a week, I would have been very busy doing very busy and important things?  Oh, the important busyness I could have been doing!
Sadly, I haven't been importantly busy, or even busily important. No, I've been tasked with the taking-to and collecting-from school of The Little Witch all week.  And then keeping her entertained for a couple of hours until Indescribable comes to collect her after work.  This is what happens when I make it known that I have a couple of weeks off work.  You'd think I'd've learned by now...
In between the taking-to and collecting-from school, I have been doing load after load of their washing (as well as all my own chores, and those of The Parents', too).  In fact, having done a couple of loads yesterday, I had thought that I'd have today to myself as Indescribable (and her spawn) couldn't possibly have generated another machine-load of washing so soon.  How wrong I was.  I made myself a cup of coffee and took a piece of cake from the tin (half of which was devoured by Indescribable and The Little Witch yesterday), then sat down in front of the Demon Box and opened up the blog.  And guess who turned up on the doorstep?
Read more »
Posted by Inexplicable DeVice at 11:08 17 comments:


Another long photo post, but this one doesn't have music!  Oh, how I spoil you.

The first six photos are from a brief perambulation along the promenade on 10th September - an overcast, yet calm day that had me thinking my first thoughts about how Autumnal the end of Summer is getting. 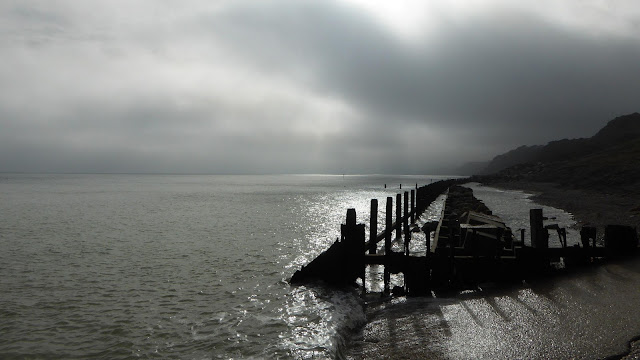 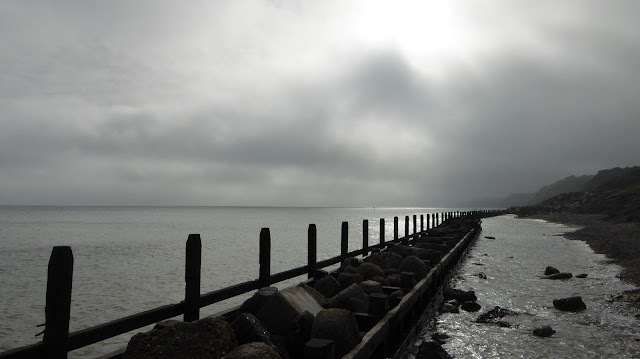 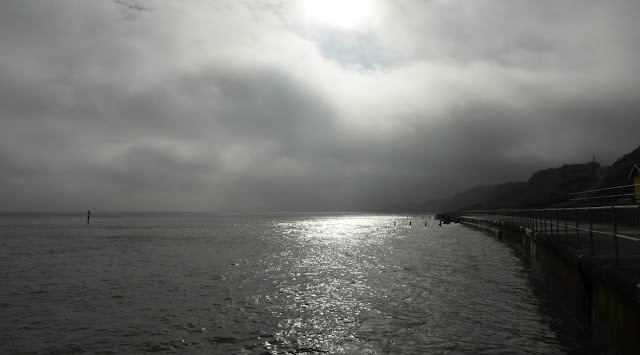 Where The Moon Hides Her Tears 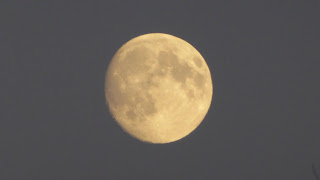 I seem to remember threatening you all with the view from Chateau DeVice's smallest room not too long ago?  Well, here for your delectation (or horror) is the view from the 5th August:

I can't believe it was that long ago? Where has the month gone?

So. Where does the Moon hide her tears, you may be asking?  Well, inspired by the immortal words of Erasure from their 1994 album I Say, I Say I Say: "On until sunrise, where the Moon hides her tears" (from the song "All Through The Years"), here:
Read more »
Posted by Inexplicable DeVice at 20:49 17 comments:

Strictly: You're My Favourite

Strictly Come Dancing is back!

Now starting its fifteenth series, the Strictly Come Dancing launch show aired yesterday evening, kicking off a glittering & sequinned Autumn full of Latin and Ballroom dancing that will see us through until Christmas.  Good job I don't have a social life as it's Saturday nights in front of the telly from here on in!
No change there then...
Fifteen celebrities of varying levels of fame and recognition, and from a range of backgrounds, have been paired up with professional dancers to compete for the Glitterball Trophy.  I'd only heard of about half of the celebs (much like with previous series), but it doesn't really matter much to me as I'd happily watch Strictly even if "civilians" were competing rather than celebs.  However, three celebs caught my eye during the launch show: Simon Rimmer (chef), who I enjoyed watching on Something for the Weekend; Gemma Atkinson (actress/model), who I was vaguely aware of but now love because she said her mum describes her as a "baby elephant" when she comes downstairs; and Davood Ghadami (actor), who I'd never heard of (he's in EastEnders, which I absolutely do not watch - too miserable and depressing) is ridiculously handsome, and also has a killer bod!

As the dearly departed Sir Bruce Forsyth was fond of saying "You're my favourite."

In other televisual news, The Expanse is also back on Netflix.  The second season is primed and ready to go when I've finished re-watching Being Human.  Then I'm going to re-watch Jessica Jones (having recently binge-watched Marvel's Defenders) hopefully before Star Trek: Discovery airs near the end of September.


What have you all been watching, and is there anything coming up that you're really looking forward to (something new, or a returning show)?

I started constructing this post early this morning, but Chateau DeVice was invaded by both siblings and their families - one after the other - which prevented me from finishing it until now!

All the votes are in - both the public gallery votes and the private email votes - and I'm pleased to announce that I didn't have to use my own vote as a Head Judge's Decider as there is a clear winner (just).

But, before we get to the winner, we'd better take a look at the runners up. Yes, runners up plural. With three Tin Foil Hats gaining the same amount of votes each - just two less than the winner - this year's compo sees three runners up!
And they are: 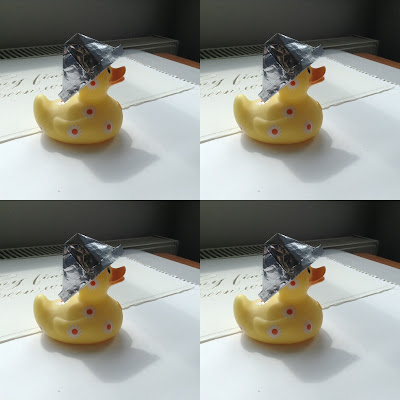 Mago's Darling - I set my head on fire for You ! 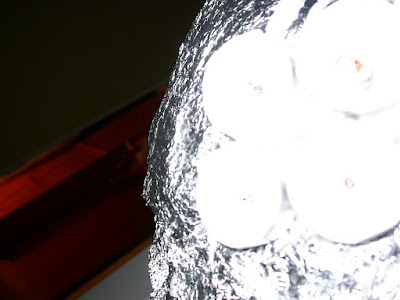 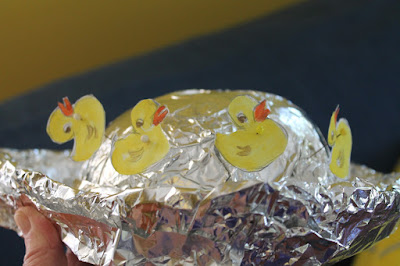 And so, I am pleased to present the 2017 Triumphant Tin Foil Hat:
Read more »
Posted by Inexplicable DeVice at 17:21 15 comments: