Fart in a Colander 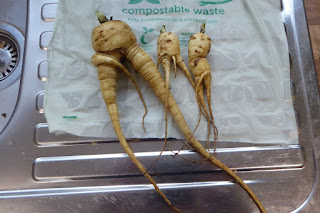 Sorry I haven't been around much lately - I've been in a bit of a dither this past few weeks what with one thing and another.  "Like a fart in a colander" (that doesn't know which hole to get out of), as my Grandma used to put it.

I can't quite put my finger on what's brought it on, but I suspect that a combination of things are to blame, including more Car related woes (it's in the garage again!).  I have taken up swimming (in a pool, not the sea) though, which seems to be taking the edge off, somewhat.

Oh, the inclusion of the Parsnip People (from my allotment) up there will become apparent if you keep reading.

New music: I've been surprised by White Lies latest release "Am I Really Going To Die".  That's three in a row from them that I've taken to.  I'm not usually a fan of their music as it aways seems too maudlin and ernest for my liking, but this one is quite bright and pop-y with some rather exhilarating bits (I haven't really listened to the words, so it's probably really miserable).

Come One, Come All, to the Freakin' Green Elf Shorts Ball!

Should anyone have been off-planet this past week, please be aware that the

is now on over at Ms Scarlet's place!

The artfully put together scene above (complete with new sofa - Ms Scarlet has spared no expense!) is what you have to work with.  All you need to do is visit Ms Scarlet's FGES blog post, leave a cunning caption (or twelve) and cross your fingers that it's amusing enough to win.

If you are that fortunate winner, Ms Scarlet will package up the 'Shorts and send them your way so you can hold a caption competition of your own and send them on to your winner.  The Freakin Green Elf Short's quest for world domination (not to be confused with The Very Mistress's World Domination Tours) is in your hands arse/nether regions! 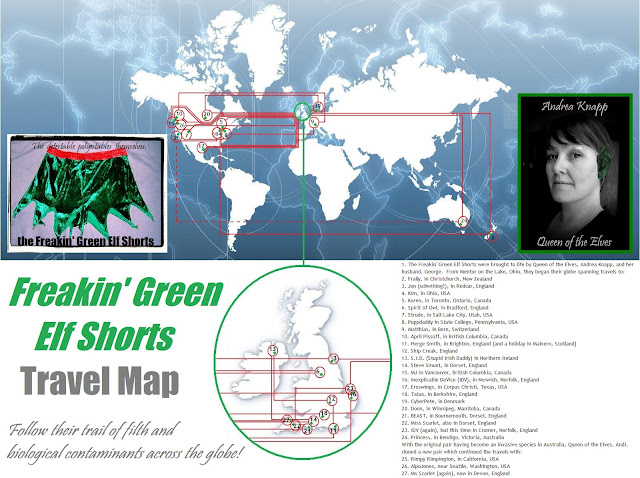 This version of the Freakin' Green Elf Shorts Travel Map will soon be replaced by new map.  I hope!

The 'Shorts need to be removed from Ms Scarlet's clutches and away from this green and pleasant brown and muddy land forthwith, as the effects of a second bout of Post-Shorts Syndrome are only going to be more prolonged and difficult to treat the longer she holds on to them.  As Hunter Elf Thompson (from Fear and Loathing in the Loo) once said, "There is nothing in the world more helpless and irresponsible and depraved than a [wo]man in the depths of a polyester binge." (Thank you for the quote, Rimpy)

Speaking of Rimpy, for further information about the 'Shorts, please visit his exhaustively researched Continuing History of the Freakin' Green Elf Shorts post.
You have until Saturday 16th 15th January to enter (as many times as you like), and the winner will be crowned on Sunday 16th.  Happy captioning, and good luck!
Posted by Inexplicable DeVice at 11:45 26 comments:

Next week you'll all be mush! 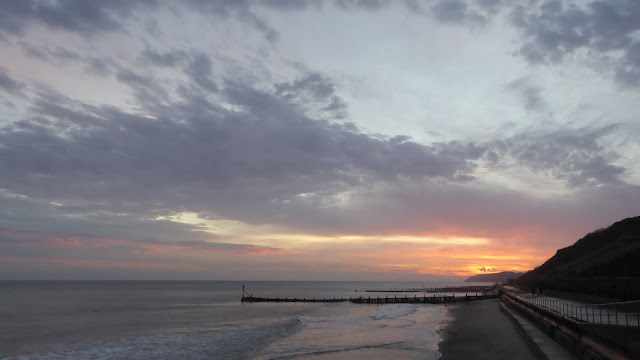 Well, 2022 has arrived without incident - although it is unseasonably warm - and in my desperation to post something in order to drag my Sideboard out of 2021, may I present the dawn of 2022 from here in Overstrand: 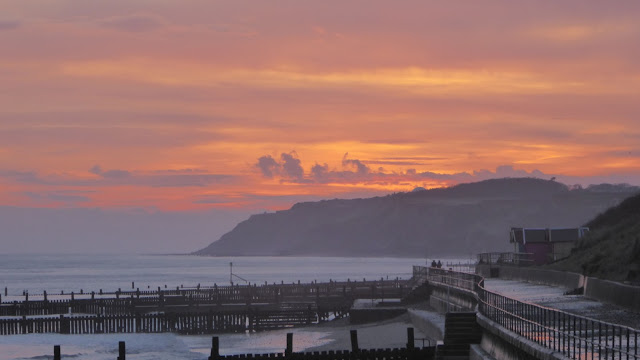