No Moon At All


This selection of constellations were captured over a couple of days during the past week.  The first set from the evening of Monday 22nd January, and the second from the pre-dawn of Thursday 25th.
As I mentioned in the last post, these were taken with the support of my (free!) tripod, so any blurry, shaky stars are their own fault, not mine!
I also endeavoured to have some order in which I took the pictures to make it easier to remember which area of the sky I'd already photographed, and to work out which constellations were where when it came to labelling the damn things once I'd got home.  Starting with Camera pointing North East (ish) at the horizon, I turned sunwise (even though the sun was not present) through the compass points taking photos every so often until I was back at the starting point.  Then I pointed Camera up from the horizon by 60° and did the same thing, finally ending with one or two shots pointing directly upwards.
Here are the results - And remember to click to embigulate: 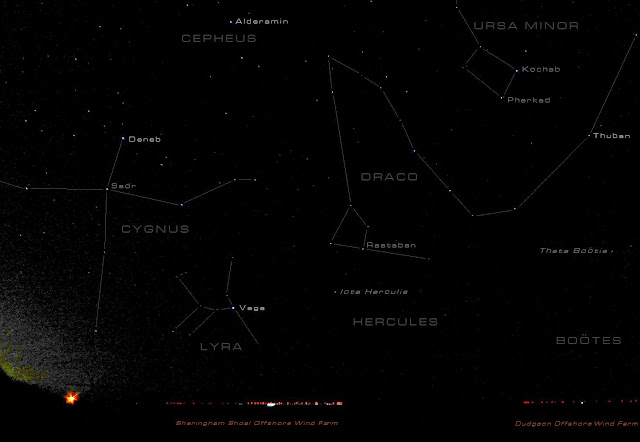 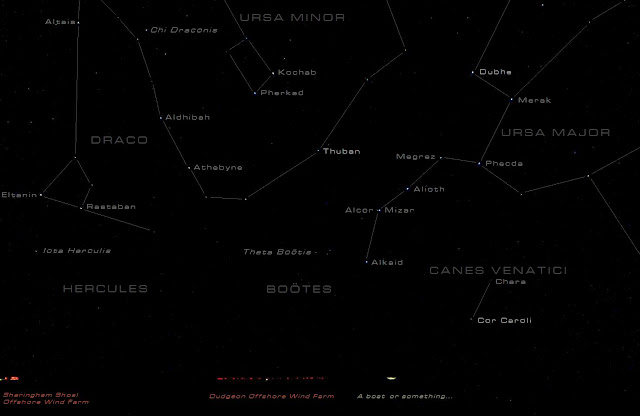 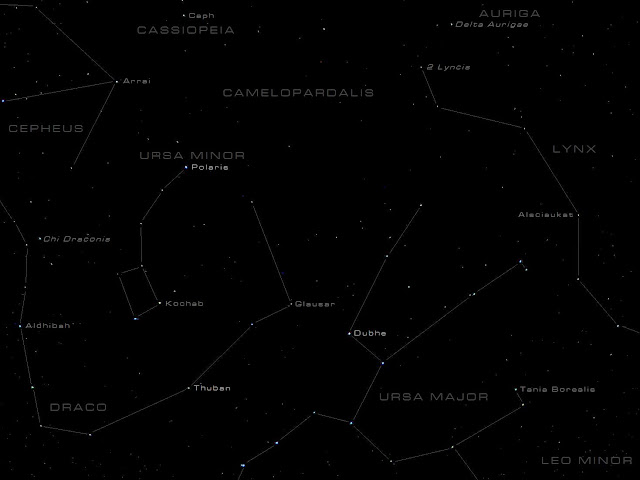 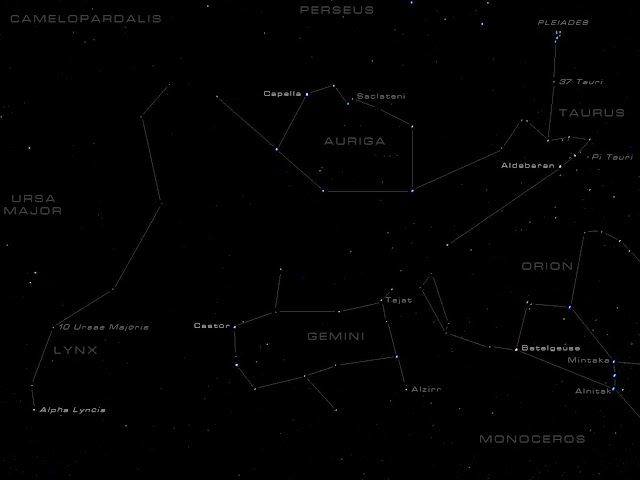 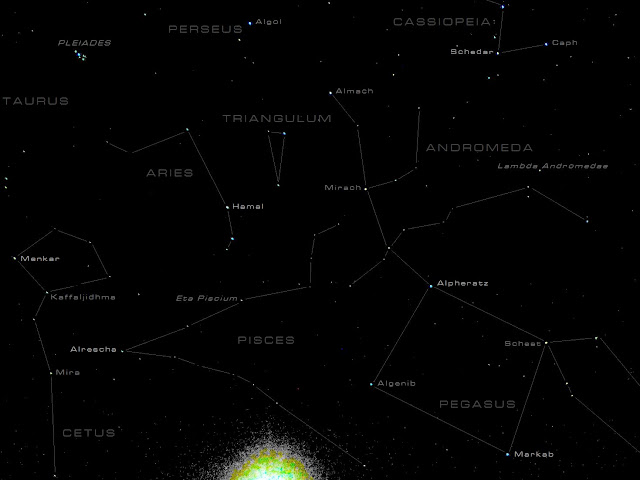 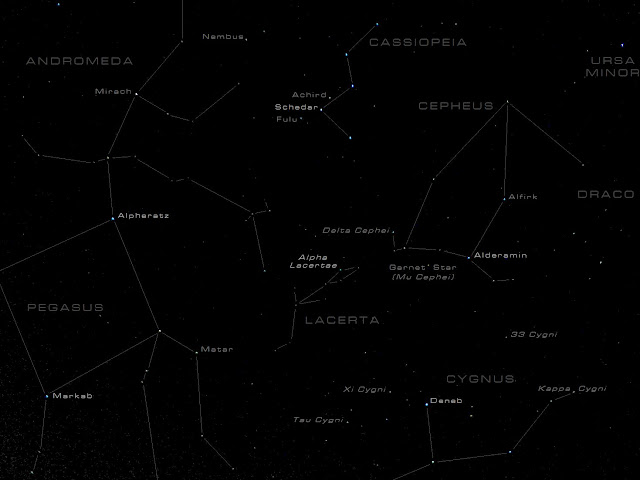 Even though I was up and out nearly two hours before sunrise, the glow from the approaching sun was enough to make itself known on these 30 second exposure photos. 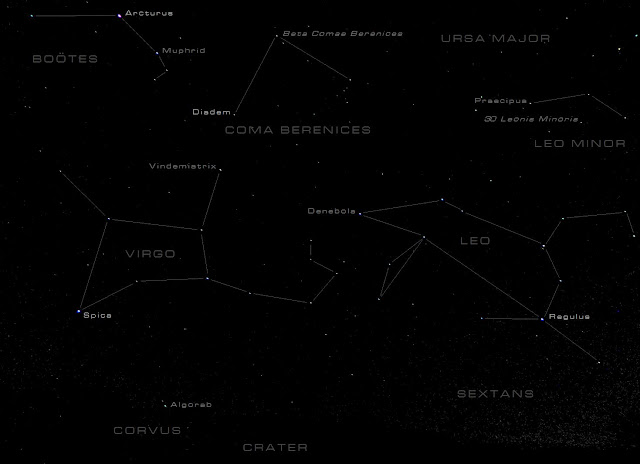 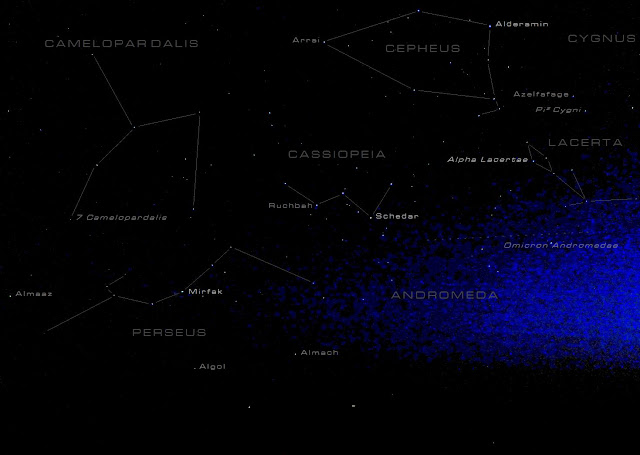 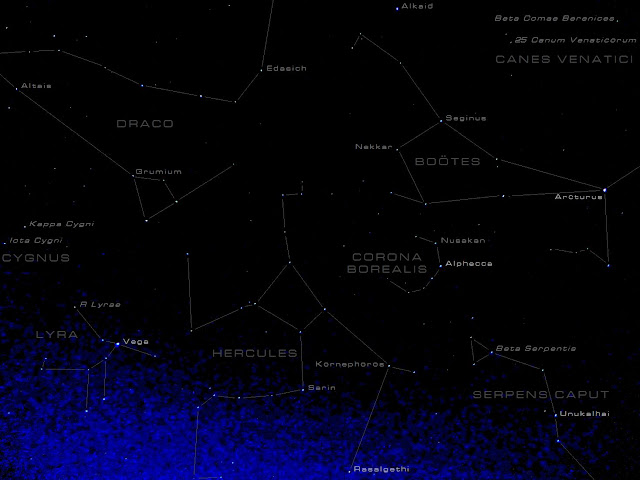 Despite the Moon making herself known in some of the 22nd January photos, the post title "No Moon At All" comes from Mary Osborne's song of the same name, brought to my attention by our very own Mago.

And for my next trick, I intend to redesign the constellations as hardly any of them look like what they're supposed to be!

Posted by Inexplicable DeVice at 16:27