Good job I posted the previous post when I did, as the past few days have been cold, wet and windy, and the garden now looks like a tidal wave has hit it! 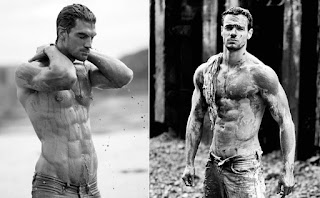 Things are so bad that I've had to enlist the assistance of a couple of the more outdoorsy-type warlocks from that coven in the next village.
Although, I'm already regretting it as my gin reserves have somehow dropped to alarmingly low levels, and all they seem to be doing is uphill gardening...

Posted by Inexplicable DeVice at 17:50 11 comments:


Because my mind has inevitably gone blank, I can't think of anything else to post but this:
The first in a series of gardening and plant-related posts. I did kind of start this a little while ago with a Spring Garden A B C, but Cedplop ruined it (because he's a little ruiner), so I thought I'd give it another go. Originally, I was going to do the whole A-Z in one post, but it would have been rather large, and too much like hard work to sort out all the photos. So, instead, I've decided to break it down to one post per letter.

I suppose we'd better begin with A, then? And remember, the photos are just a click away from being engorged to breath-taking proportions!


Ug. What a week! And we're only half way through it.

After our week and a half holiday, we returned to work on Friday just to test the waters, then had the weekend to get over the horror. Mondays are always ghastlier than a thousand ghouls, and this Monday was no exception. Work wise, anyway. Having returned home at 6:45 pm, boiling hot, hungry, tired and grumpy, Indescribable called. Yes, she and Babyzilla were at The Parents!
Indescribable wanted to go and see Jurassic World, but didn't have a Babyzillasitter as The Mother and The Father were going out. The last thing I wanted to do was 'zillasit, but unluckily Inexcuseable stepped in. She said she'd look after Babyzilla so I could go to the cinema with Indescribable (as she didn't want to go on her own). Oh, great. Going out on a 'school night'. And a Monday, at that!
By this time it was 7 pm and the film started at 7:10, so you can imagine the rushing around that took place. I quickly de-worked (got changed), stuffed my face with a melted and partially-reformed Wispa bar (that had been in Inexcuseable's husband's lunchbox for the past week) and a couple of biscuits, hightailed it over to The Parents' in Car (which was still reasonably cool inside as I'd had the climate control on for the drive back home from work) closely followed by Inexcuseable and her husband in their car, had a quick cuddle with Babyzilla before dumping her on Inexcuseable and jumping back into Car with Indescribable. We made it into Cromer in excellent time (it's only a couple of miles away), found a parking space right by the cinema, and got our tickets and Minstrels* (no queue - yay!). And, unlike the last time I went to Cromer Regal Movieplex, the air-con was working - thank the gods!

Labels: Car, I We Me Us, Manual Labour, Relativity

How to Train Your Drag Queen


I watched this strange film the other day. In it, a Viking village is attacked by hordes of drag queens. A lucky shot from a young Viking man's catapult brings down Lola, a big, black drag queen who he captures and imprisons in an airport lounge. His friends, Connie and Muriel, who normally live in the lounge, dress up as dragons to try and infiltrate a Northampton shoe factory, but are found out by a conservative French couple who are visiting their prospective son-in-law who owns it. The faux dragons then make goo-goo eyes at Channing Tatum who was in the factory commissioning a pair of gravity boots. Meanwhile, the Viking rides to Northampton on Lola to rescue Connie and Muriel, even though his dad, the Viking chief, forbids it. When he gets there, he steps on the maid's unshod foot which inexplicably comes off, necessitating a replacement made of -
What!? What are you going on about?
The film we watched.
Don't you mean films?
Do I?
I think you do! Weren't you paying attention?

Oh, don't stop him. We were wondering what happens next.
Yeah!

Labels: Castle DeVice, Crush, I We Me Us, Not my usual fare

The Baby Sitter From The Black Lagoon*


Another month, another "books read so far" post. And with just two exceptions, all these books listed here are re-reads. I haven't written summaries or info about all of these books as, quite frankly, I can't be bothered. I may come back later and do them.

30. The Amazing Maurice and His Educated Rodents, by Terry Pratchett

As I have been partial to a bit of Terry Pratchett in recent months, when it came to choosing a book to read to while away long journeys or dull dinner hours, another Pratchett novel was a given. But which one?
After some humming and hahing, and a recommendation from someone at work who had just re-read it himself, I selected The Amazing Maurice. As it has been some years since I last read this, and thanks to a poor memory, I couldn't really remember much about the plot and characters. So, it felt like I was reading this anew.
The premise is that an intelligent cat (Maurice) along with his stupid looking kid (Keith, the Piper) promises to rid towns and villages of their rat infestations for a fee. The rat 'infestations' are actually a clan of intelligent rats (Dangerous Beans, Sardines, Peaches, Darktan et al) who travel with Maurice and Keith and pretend to be normal rats when they get to the target town/village. This is the story of what happened when they reach the poor town of Bad Blintz and uncover an ongoing scam orchestrated by a Rat King and some human rat catchers.


I have been thinking about this for some time.


No, not the half-done strumpet up there, the 10th anniversary of this blog which falls on the 9th of October. As you may know, with wedding anniversaries, the traditional gift for ten years of wedded bliss is something made of tin. In this case, we shall be celebrating ten years of witchy nincompoopery with tin foil*, a.k.a. A Tin Foil Hat Competition!

Wish you were here, too


Not to be outdone by Ms Scarlet, I'm also on holiday. Although I haven't actually gone anywhere, who needs to when one has a beach on one's doorstep? So, despite the horrendous British weather, and the hordes of tourists spoiling the beach, I decided to go for a swim. 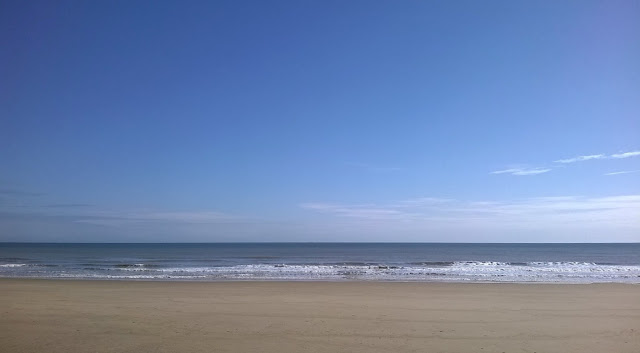 
Well, that was a bit of a disaster.

I've just got back from that wedding (and its aftermath) I informed you I'd been forced into attending. Although it wasn't a guaranteed disaster (as I had previously hoped), its resulting disastrousness was somewhat of a surprise. I don't know why it should be a surprise, though. After all, who has a wedding on a Wednesday?
Oh, traditionally, Wednesday is supposed to be the best day to get married, but when one factors in all the selfish, thoughtless guests who find it so inconvenient to travel/abstain from alcohol/take days off work etc, organising a Wednesday Wedding can be a bit of a 'mare. Not to mention the unwelcome appearance of unwanted family members...


The fine city of Norwich has been beset by dragons!


Now, before you go blaming me or Witchface for "accidently" leaving a Cusp interface open allowing the dragons to make their way here, this was nothing to do with us.

Not this time, anyway.
Shhh!
Heh heh. Just ignore the SubCs. I'm sure I don't know what they're on about!
Anyway. Back to me. Or rather the dragons, as I'm sure that's what you really want to see.

Labels: I We Me Us, Norfolk, Not my usual fare, Public Service Announcements

Happy birthday, Norma!
Yes, we hope you have a wonderful day.

Posted by Inexplicable DeVice at 08:50 6 comments: