So. Here it is. The third and final set of photos from Sunday's daydrift along the coast from Cromer to West Runton. The subject is the RNLI Cromer Lifeboat RNLB Lester (RNLI 16-07).

* No, I don't know what we're talking about either. We're a witch, not a geologist!
We appropriated those sciencey terms here.

As promised threatened in the last post, may I present the batch of photographs from Sunday 22nd cataloguing some of the geological features of the Cromer-East Runton cliffs. I'm not going to say much about them as I know next to bog-all about such things, I just think they're unusual. And some of them are quite pretty.

Ten o'clock this morning I left Castlette DeVice is a blaze of winter sunshine. Unlike most daydrifts I undertake, I had already decided where I was going to walk before I left the house castlette: along the beach to West Runton (last walked here - for the first time).
Now, you might find some of these photos somewhat repetitive in nature, but my incredible indecisiveness kicked in with a vengeance making choosing between them more difficult than a life or death decision.

CLICK HERE FOR YOUR CHANCE TO GET AWAY FROM IT ALL!

Sick to death of being associated with the useless population of your crummy country?

Being hounded by the masses for voting "incorrectly" in the latest farcical presidential election/EU referendum/parish council by-election/X Factor semi-final/W.I. Chutneys and Pickles Campaign?

Photographs from a trio of daydrifts. 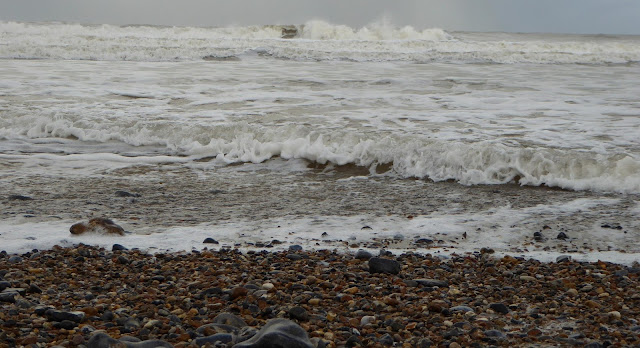 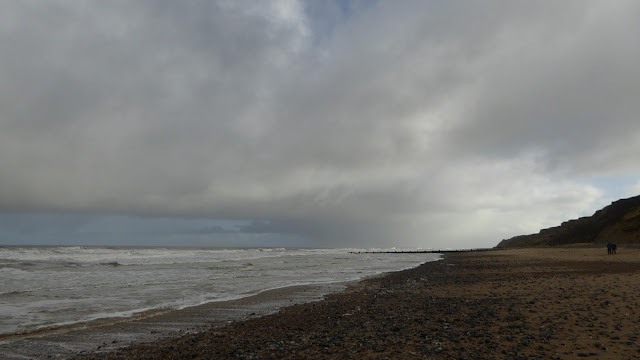 Labels: Norfolk, Triffids and such


Hat's proximity alarm bell started to ring.
Bloody people! You pick a nice cold, dark, blustery evening to go out - in conditions that once seen out of their window, any normal person would have shaken their head at, ignored the dog's plaintive whine for a walk, and sat down with a nice cup of tea in front of a repeat of Downton Abbey - and people turn up to ruin it.
I looked along the promenade, but couldn't see anyone anywhere. In fact, the prom appeared strangely spacious and desolate, as if there was something missing. Something I couldn't quite put my long, bendy finger on.
I pursed my lips as Hat clung even more tightly to my head in the rising wind, its proximity bell ringing manically. I resolved myself to either getting Hat's instruction manual out when I got home, or smashing that bell to bits with a lump hamme-

"Yaaarrgh!"  I almost jumped out of my skin as an explosion of wood, glass and ghastly Laura Ashley curtains suddenly went off not two feet from my nose (from which I removed a large, blue-painted splinter). Someone tried to drop a house on me! (Again. And again.)

Another explosion. From a few feet behind me. This time, as well as the wood and glass, I was peppered with cheap plastic cutlery and a damp box of firelighters*.
Bugger this for a lark, I thought, and ran off down the promenade, clutching Hat to my head, dodging falling beach huts.

Labels: Alternate, Books, I We Me Us, Norfolk, Swearing

As you have almost certainly guessed due to the lack of a certain year's review, time has escaped us, and as a consequence, our plan for hosting the 2016 Coven Awards failed.

And it's all the Host's fault!
Hey!
It was! I did my bit. I recapped what we'd done over the past year.
Yeah, but that was the easy bit. It's only a bloody list of most of our blog posts, after all!
Be that as it may, I still did it. I can see it languishing in our draft posts under this one. In fact, I'm going to pop back in time by a minute to publish it! If you and your irritating SubConscious weren't such procrastinating lazy arses-

I'll have you know, I've made quite a lot of the award headers, thank you!
Yeah! It's your SubC who's the lazy arse. Where are the quarterly post headers, hmm? I mean, how difficult is it to slap together four shitting banners that say 'January, February, March', or 'July, August, September', eh?

I can't be blamed for that! Witchface has kept me busy with other things...
Excuses, excuses-
So what excuse have you got for not preparing and organising all the awards, then? How is everyone supposed to know who the Sexiest Strictly Ginger is? Or, what's our most Coveted Cusp Book Cover? Or, Beaky's Most Embarassing Blunder? Or, our Favourite Frogbot Infested Post? Or, which Sci-Figure has the Coldest, Deadest, Prettiest Eyes?

And you couldn't even manage to finish that, either.
Shut up, you!