Well, that's the second quarter of the year almost done and dusted - where is it going in such a hurry??  So, as is now traditional, here's what I've been reading and watching since the last update:

∘  The rest of Typeset in the Future, by Dave Addey  (from Star Trek: The Motion Picture onwards - last seen here, and presented on the right by my little Box Fox, Rutherford, from Star Trek: Lower Decks)

∘  And I'm still reading Little, Big, by John Crowley (I'm just over halfway through, now.  I bought it on Kindle and thought it must be thousands of pages long as it's taking so long to get through, but I've just checked and it's 'only' 564 pages...)

∘  Call Me By Your Name (Netflix)  - This reminded me of parts of my own teenage years.  Not that I was a cool, self-assured teen (far from it, in fact) who had a dalliance with an older man in Italy, unfortunately.  The fly on Timothée Chalamet's shirt right at the end stole the show, though.

∘  Star Trek: Picard (Amazon Prime) - S2, eps 5-7 then I gave up on this incoherant mess, leaving eps 8-10 unwatched.  I should have known after the crushing disappointment of season one.

Labels: Books, Crush, I We Me Us, wwwWOW!

Of Hawkmoths and Drag Queen Knock-Offs 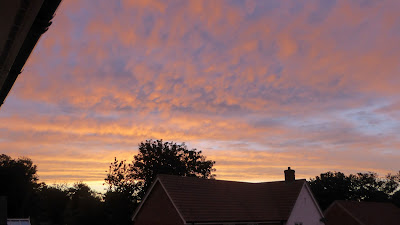 First things first, the leading photo in this post is to address the disappointment of no actual sunset in yesterday's Summer Solstice post.  Poor Mr Tonking was so looking forward to it, so I hope this Big Gay Sunset (thank you, Jon) from out of my pit nest boudoir window on the 19th will suffice?

Now, on to the titular moths and knock-offs, also from the 19th: 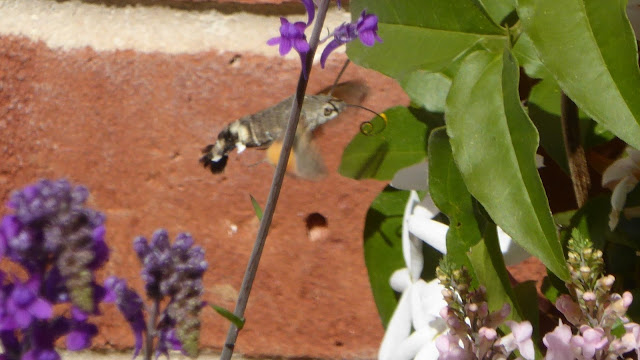 This hummingbird hawkmoth (and friend/partner) was drinking nectar from the last of the Jasmine flowers. 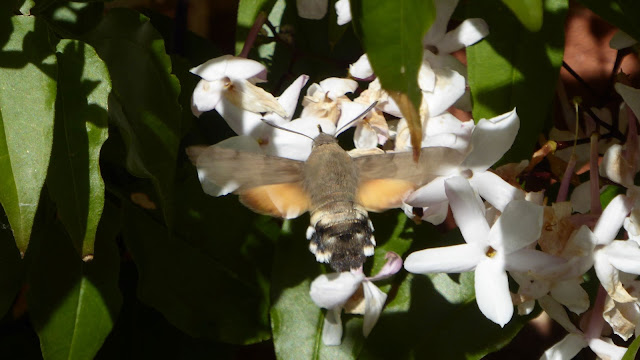 This was the best shot I could get as they were zipping around so quickly.
There are some better photos back in 2020 and 2015.
Read more »
Posted by Inexplicable DeVice at 16:42 13 comments:

Labels: Blogorati, DeVice Mansion, Garden Photos Event, Holidays, I We Me Us, Relativity, Triffids and such, Wildlife

I get up at four in the morning so you don't have to! 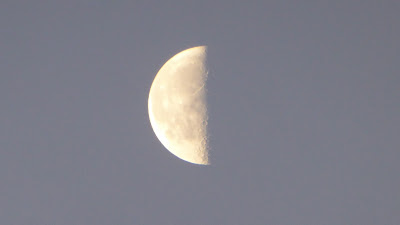 Yes, the longest day is here, and didn't it come around quickly!?  Where is the year going?

Anyway, as I'm working today, rather than miss out on the extra few seconds of daytime because I'm stuck in front of a laptop, I thought I'd capture the day so I can experience it tomorrow instead (I have the day off!).  Of course, if any of you, the delightful Blogorati, wish to make use of this day after it's occurred too, then help yourselves!

This is part one.  I'll post part two tonight, soon after it happens. 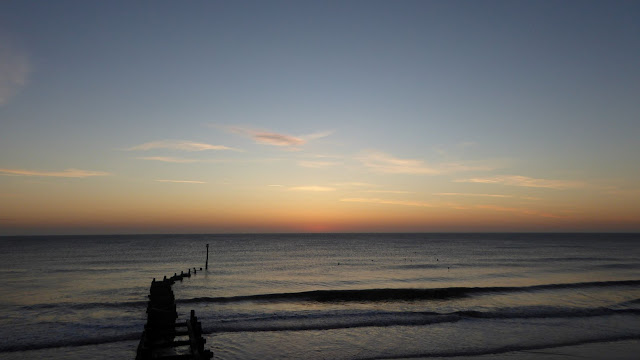 Late!  (And it's not because Camera's clock is six minutes fast...) 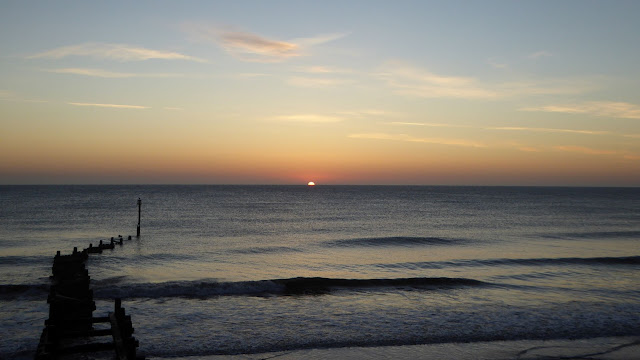 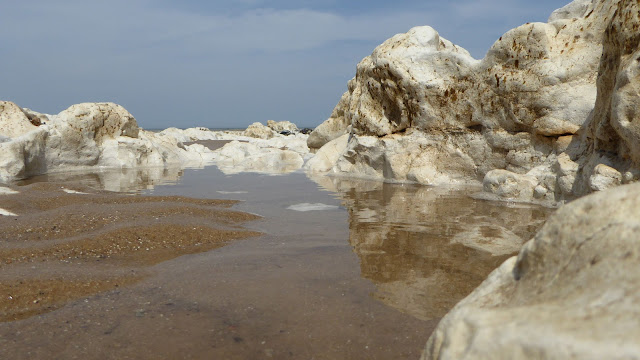 On Thursday, knowing that the temperatures on Friday were going to hit at least 30° and therefore any outside venturing then would result in heatstroke, and crisping of skin followed by complete desiccation, I slapped on some sunscreen, stepped outside and sloped off down to the beach to get some fresh air and have a paddle.

Only it didn't quite go according to plan... 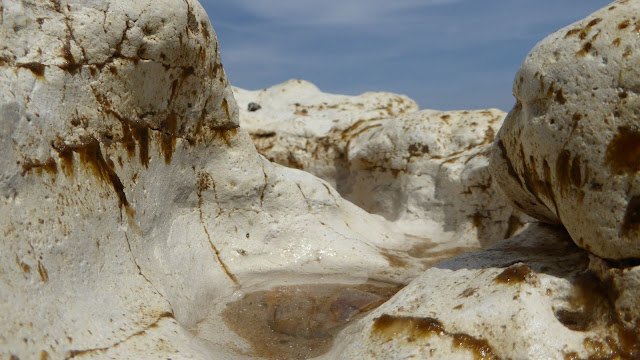 A sudden embiggening of the landscape alerted me to the fact that I had inadvertantly happened upon the Lilliputian Cusp interface again, promptly becoming debigulated.
Read more »
Posted by Inexplicable DeVice at 08:23 11 comments:

Things That Can Fly...

Can you guess what it is yet?

As I don't have anything else to post about, here are some photos of flying things that would otherwise languish on my hard drive.  While the cow below may be able to jump over the moon, I'm not convinced that it can actually fly.  Fortunately, there's a pheasant in the lower right corner which meant I can include this photo (it was taken at the beginning of June while I was cat-stting at my sister, Inexcuseable's house while she was away - as were the following three photos). 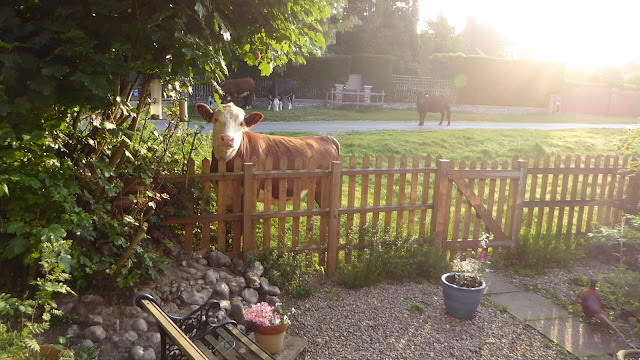 Moo!  Yes, I love being disturbed at 6:15 in the morning by a cow trying to eat from a bird feeder.
Read more »
Posted by Inexplicable DeVice at 13:06 14 comments:

Creatures From the Black Lagoon* - And a Load of Tits 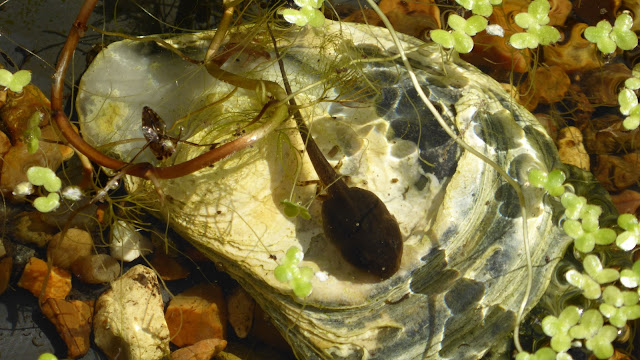 While having a little break by the pond, I thought I'd try and take a few photos of some of the creatures that dwell within.  The frog tadpoles are quite big now, and have started to grow legs as you can see above.
They'll come in handy for certain spells...
We'll see about that!  And most of the young water boatmen (Greater waterboatman {Notonecta glauca} above and below) will leave the pond and fly to other bodies of water later in the summer. 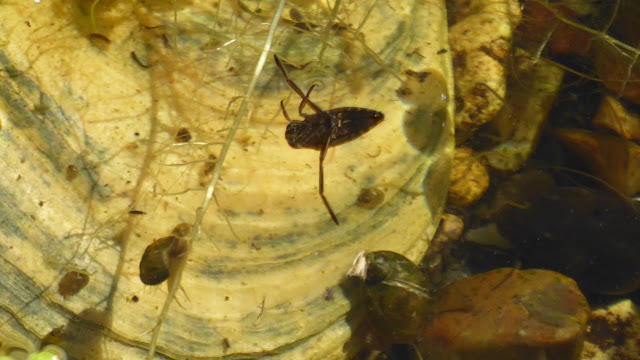 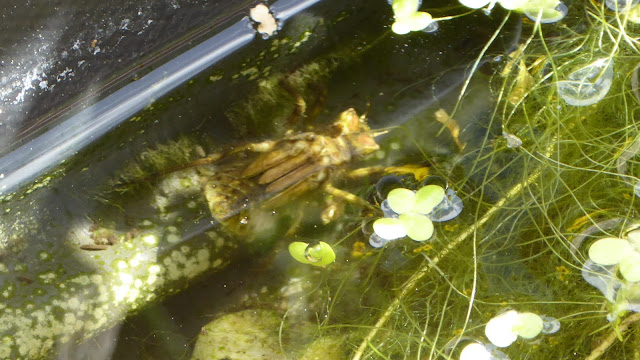 This dragonfly nymph seemed to be attempting to get out of the pond...
Read more »
Posted by Inexplicable DeVice at 21:53 24 comments:

Labels: Boats, DeVice Mansion, Holidays, I We Me Us, Triffids and such, Wildlife, Witchcraft

A Paddle At Last! 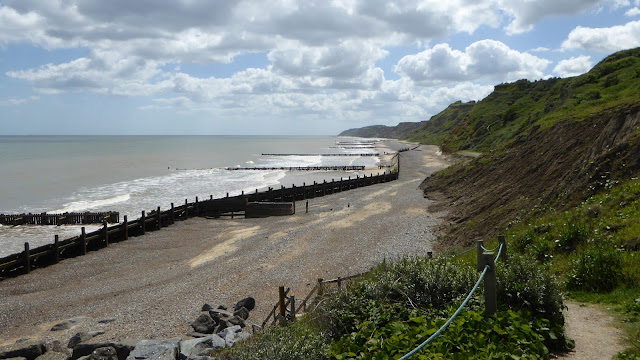 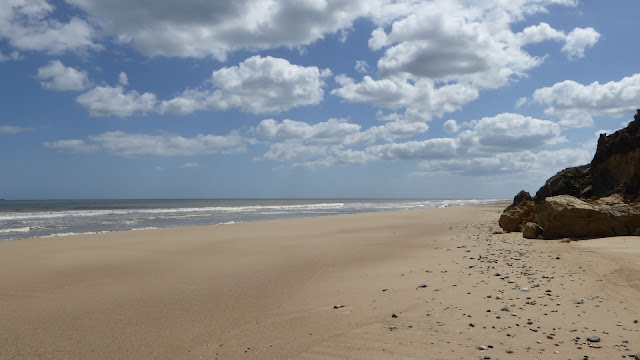 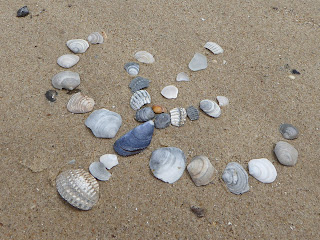 I've got to prepare for an invasion - I suspect The Little Witch and Vom Smallhäusen will appear any moment now - so, as I have just finished sorting out the photos I took on this morning's drift along the beach, I thought I'd pop the least boring up here for you to peruse while I'm battening down the hatches etc.  Besides, I haven't furnished you with beach pics for quite some time, so this will be a nice(?) change from Triffids and such (although there are some triffids here).

I shall return once normality has descended upon Hexenhäusli Device once more...

Not to hoe, obviously.  I don't ride hoes as I don't want to be mistaken for a warlock (although I do wear hoodies).  Warlocks tend to be vain and self-aggrandising, and a little bit dim fortunately, otherwise - if they stopped thinking about themselves for a mere micromip - they could cause a lot more bother than they already do.

Anyway, enough about those hoes, let's have a look at how the allotment is doing, shall we?  If you make it all the way to the end, I'll treat you to a couple of hoes, and there may even be a bit of a rake! 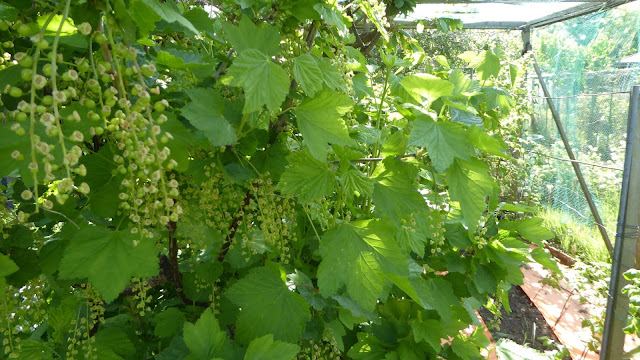 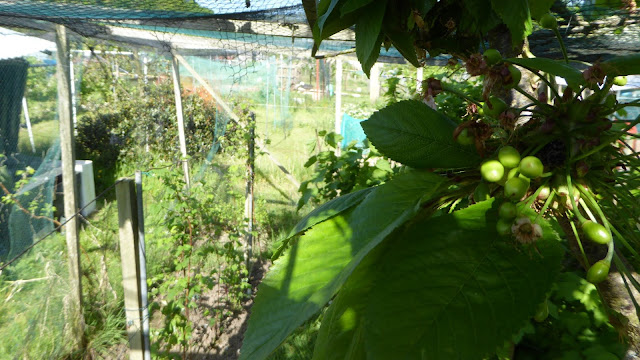 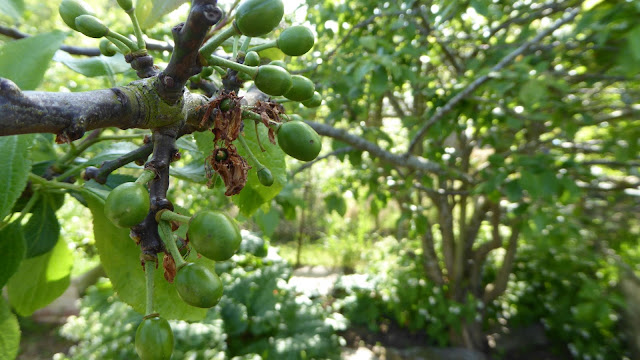 Labels: Broom, I We Me Us, Manual Labour, Mythtakes and Leg Ends, Star Trek, Swearing, Triffids and such, Witchcraft

Would you excuse me, please.  I'm just navigating from one disaster to another.  Having finally got to grips with The Great Comment Catastrophe, I now find myself without a suitable hat for the Queen's Platinum Jubilee.  I've already missed nearly two days of it because Liz threatened to revoke my Royal Garden Party invitation if I didn't attend at least one day out the four suitably attired.

I've resorted to trawling through Dame Barbara Cartland's photo album* looking for inspiration because I couldn't find a thing I liked in her Collectors' Edition brochure... 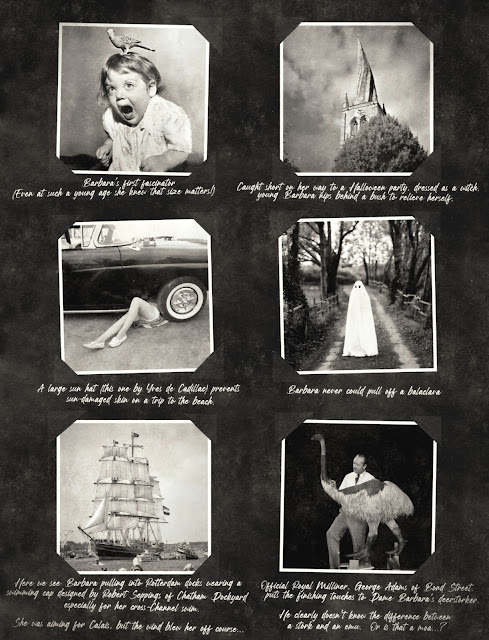 I quite like her witch's hat, but that's probably because it's very similar to my day-to-day wear.  However, I think I'm going to go for the swimming cap (although I may dispense with one of the masts and its array of sails).

Now I just need to get measured up.  Does anyone know if the Infomaniac House of Beauty is open today? 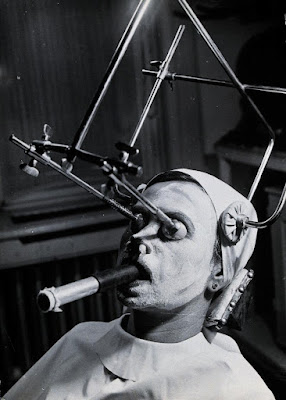 * More of the Pink Dame's photo album can be found here.

Posted by Inexplicable DeVice at 15:27 12 comments: