is being held here rather than at The Very Mistress's this year.  Remember?

We hope that you've all been pulling your green fingers and thumbs out, because the event of the year is only about three months away.
Yes, I've almost settled upon when it will take place - I'm thinking the end of September-beginning of October.  That should give you plenty of time to get your luxuriant back passages (Jon), or overgrown jungle (Dinah), or Big Pink Bush™ (Ms Scarlet) in order.  Or to at least take some carefully angled photos so as to crop out all the crap - a bit like I have done, below: 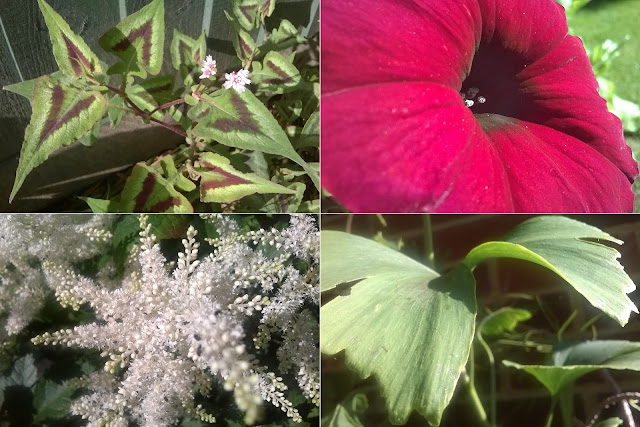 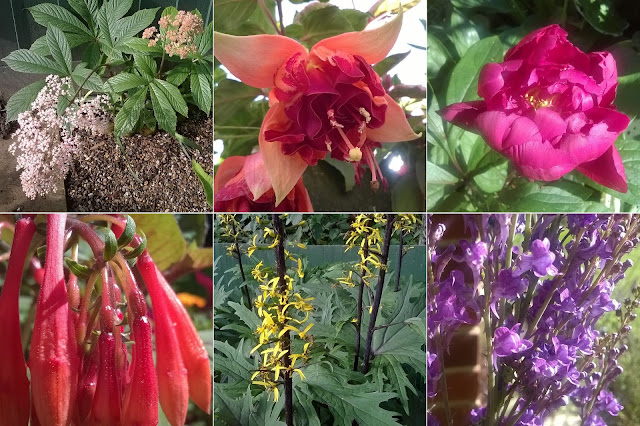 And remember, there will be a new section of the event this year: Terrifying Triffidery - a place for photos of monstrous plants or otherwise ordinary plants that have been photographed from odd angles/close up/while drunk which make them look otherworldly.  So, get inventive/within-2-metres/drinking and get that camera out!
I may also introduce a "Guess The Plant" quiz, but we'll see if I can be bothered nearer the time...

Oh, and unlike at The Very Mistress's, there will be no fat, naked, old men or women lurking in the undergrowth.  Sorry.
If we're lucky, Eddie Cibrian (or someone of his ilk) may pop by, though...

Posted by Inexplicable DeVice at 14:26 19 comments:

Saturday Swim: First of the season 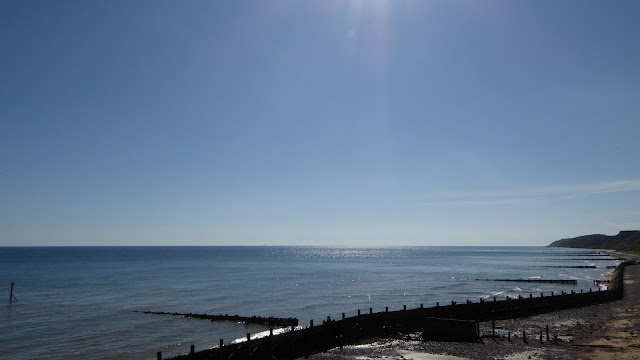 I had intended to take a dip in the North Sea at the end of May, but never did for one reason or another (probably for the best, as it was flipping freezing - I had paddled a few times, though...).  So, today was the first time this year that I've thrown myself in the drink.  And very pleasant it was too.  If flipping freezing still! 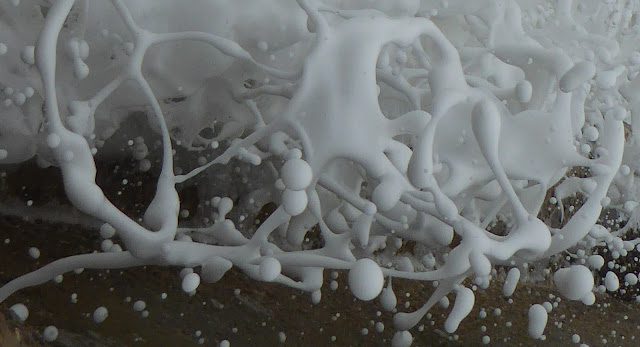 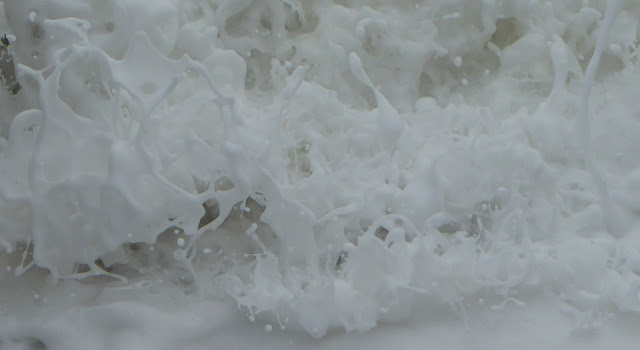 No, it's not the over-exuberant release of a frustrated teenager (or The Host) 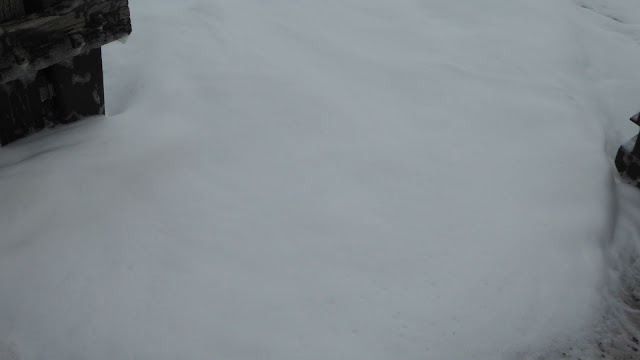 Or snow.
Yes, I know it's a possibility.  The Great British Summertime does like its little jokes...

Labels: Beach, Danger: Rude, Groynes, I We Me Us, North Norfolk, Triffids and such

Art Trek: Princessium and the Po*

Yes, it's time for another Star Trek art post!

My starship arboretum got the most votes in April's art challenge, which meant I got to choose the theme for May.  And here is that theme (as approved by Captain Janeway's Queen Arachnia on the right there):


133 years from now, Princess Kaitaama will ascend to the throne becoming First Monarch of the Sovereign Dynasty of Krios Prime.  This anti-time anniversary has inspired the theme for this month's Fan Art Challenge: Royalty!

I'd like us to explore Star Trek's links to royalty - however tenuous they may be.  People, places/palaces(?), objects, alien assimilators, starships... All of these and more feature in the Star Trek Universe.
And if you're not fussed by TNG's Princessium (symbol Di - yes, really!), DS9's Queen's Gambit, VOY's right royal knockout: Arachnia, Queen of the Spider People - all of which I'm sure Daughter of the Fifth House (etc. etc.) Lwaxana Troi, would have something to say about from her state room on board a certain Sovereign-class starship - then feel free to come up with your own Royal Trek idea.

Here are the rules for the competition:

The artwork you submit should be created during the month of the challenge
Only one final image can be submitted (although it may contain multiple views)
Your final entry should be posted in this thread (although dedicated WIP threads are appreciated)
And if you don't follow the rules: Off With Your Head! (sorry - I had to get a TAS reference in)

As always, you have until the end of the month - i.e. midnight (or thereabouts) Sunday 31st May - to come up with a Right Royal Star Trek something.


Despite coming up with the theme, I didn't actually have an idea for what I was going to do.  In fact, it wasn't until mid-May that inspiration finally struck after someone posted a picture of our current queen in a starfleet uniform.
The British Royal Family do love dressing up in the fanciest of uniforms, so I did a hasty little sketch of 23rd century British Royal couple, HRH Prince Nikesh & HRH Princess Ayonparine (Andorian) decked out in their Starfleet dress uniforms. 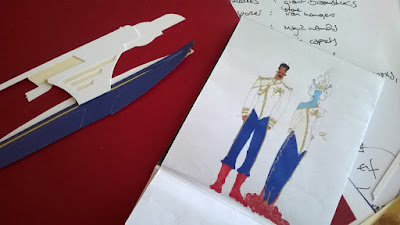 Just over a month ago, dear Mago rather bluntly asked if I had ever penetrated a tunnel.  Once I'd gotten over the shock of such an indelicate question, I cast my mind back and did actually remember a foray into a rather overgrown and skewed underpass...

On a day drift back in April 2016 I found myself at the easternmost of Overstrand's two remaining whole railway bridges (there are at least two more topless bridges further west).  I made some half-arsed comment about posting photos of this bridge at a later date, but never did.  Until now.  Aren't you lucky?! 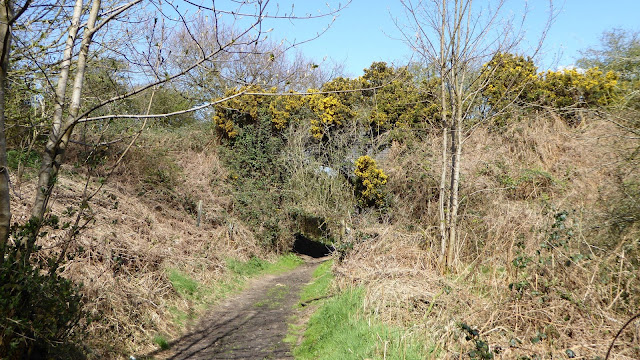 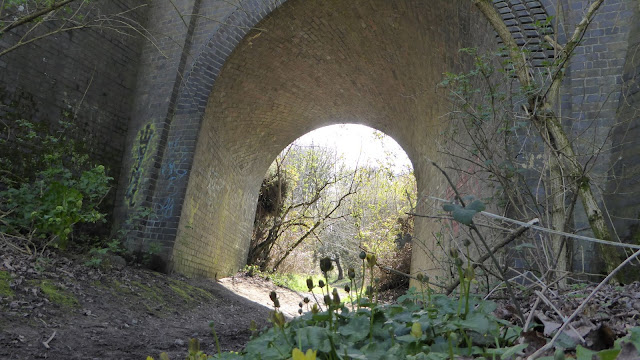 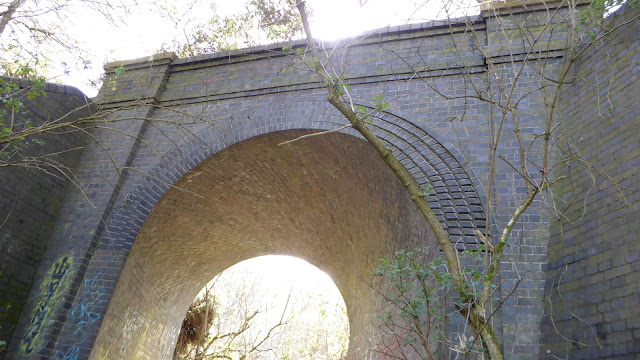 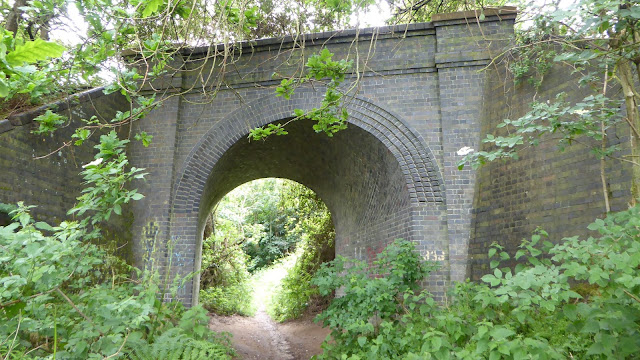 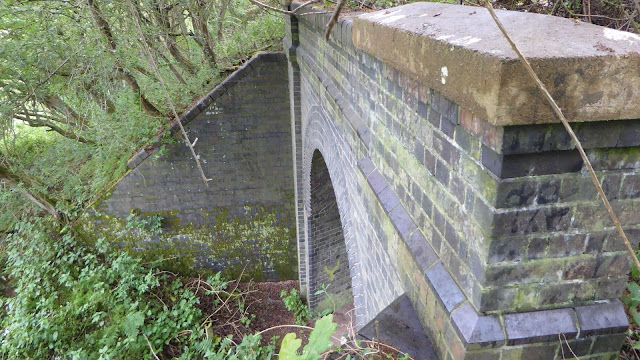 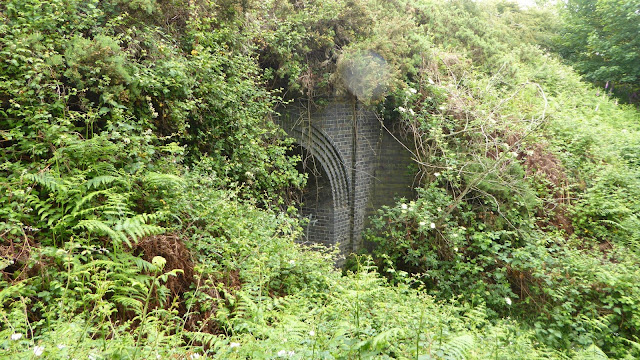 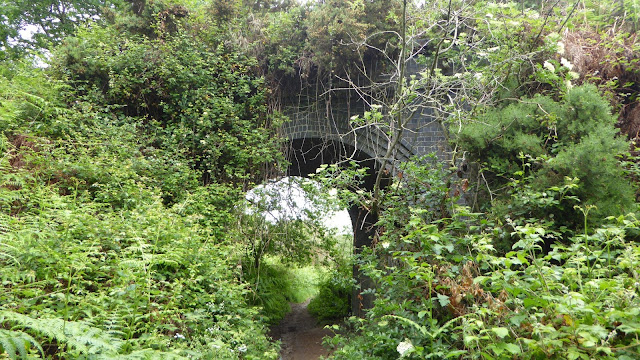 Anyway, back to the present (or at least the very recent past) with some photos from my blog-absence.