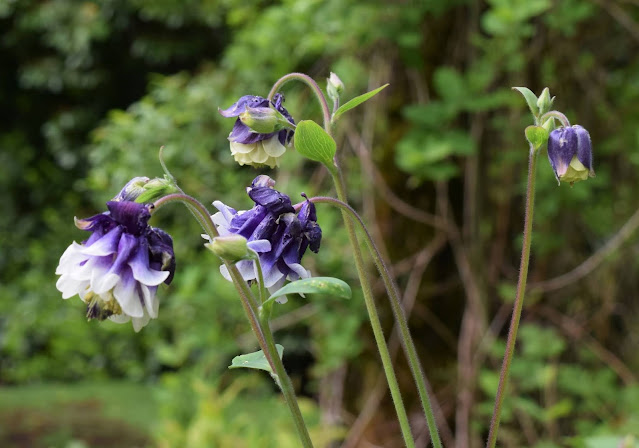 In  Proximity  to  Purple

a Garden Photos Event installation by

Here we are in Melanie's garden for the ninth stop on the Garden Photos Event tour.  Let's see what she has for us: 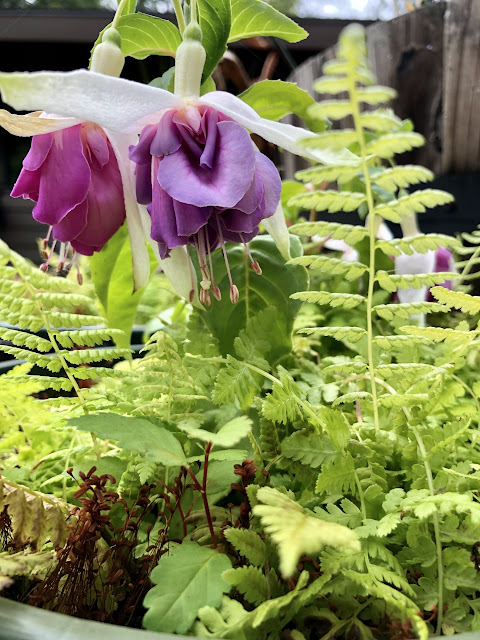 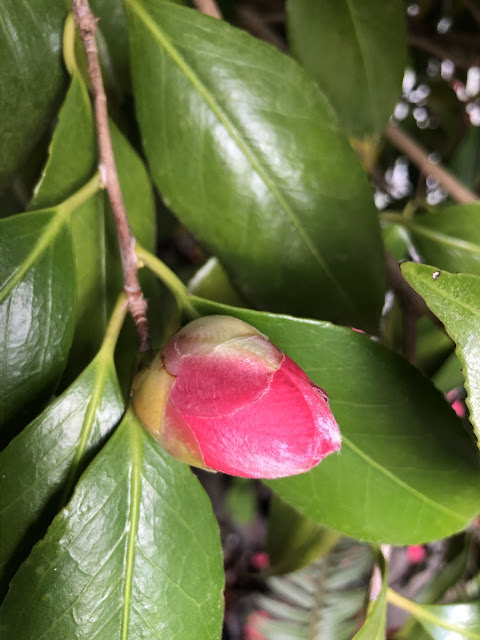 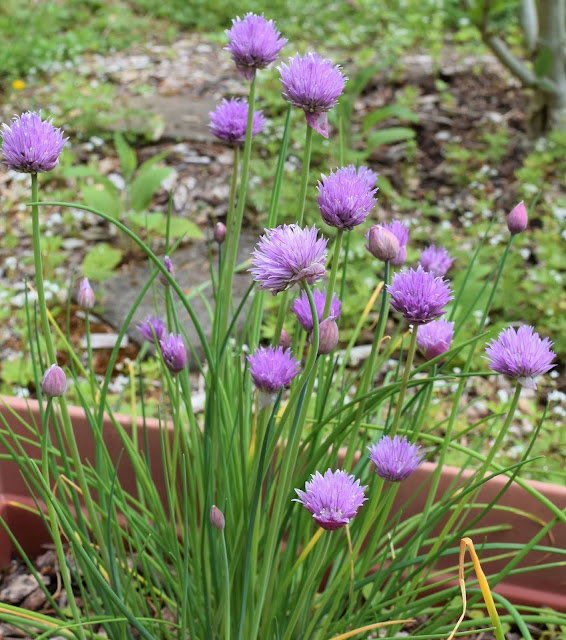 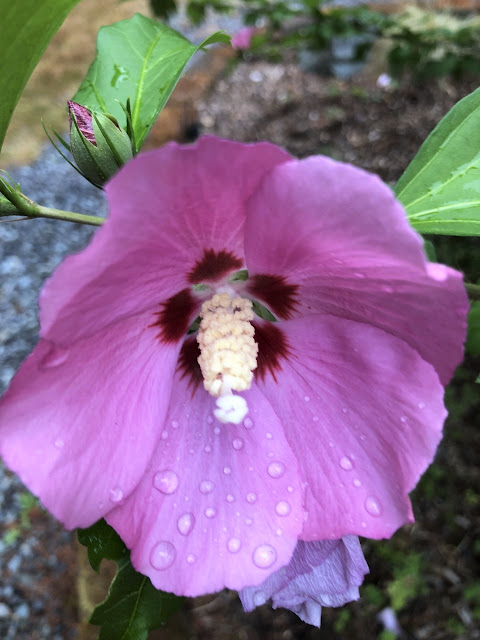 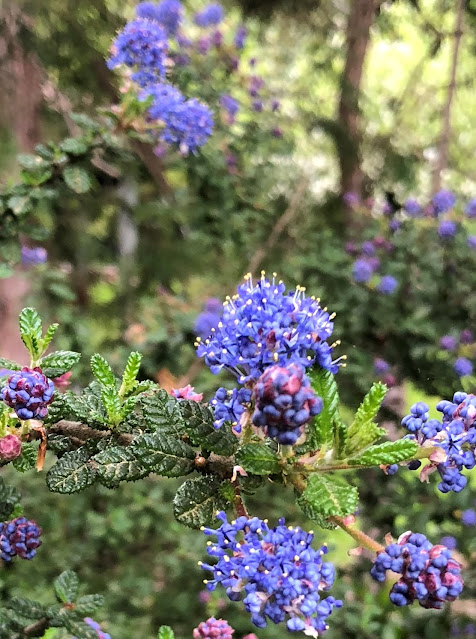 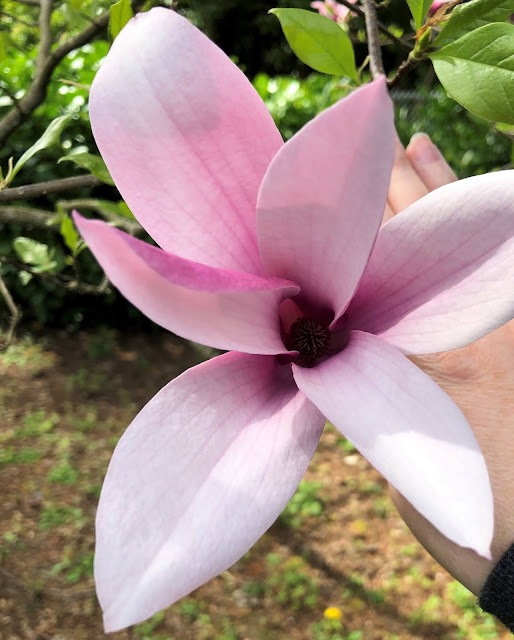 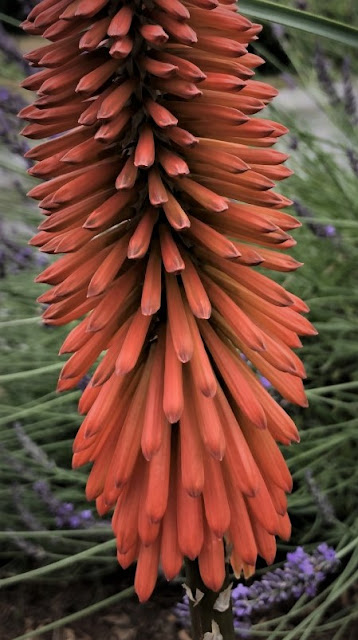 I love purples and blues in the garden.  Can you tell? 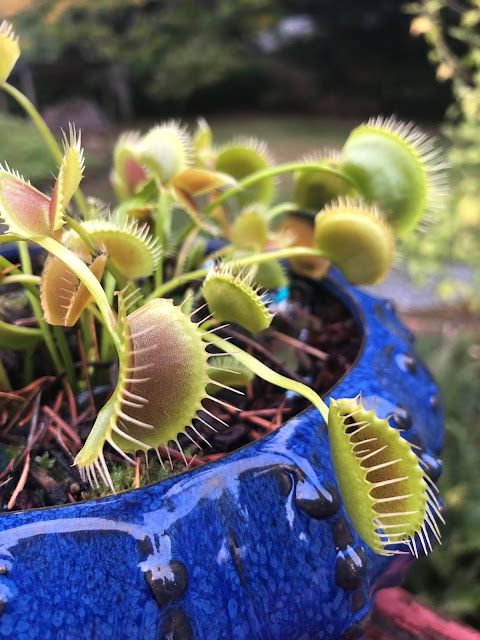 I'm particularly proud of the thriving venus flytrap.  It was nearly dead when a gardening friend showed me how to make a proper bog pot for it.  I think I'll make a big bog garden next year.  I've also decided to call the property Fernmire.  Am I turning into a bog witch or something?

In answer to 'questions' about her Terrifying Triffid tree (above, far left), Melanie had this to say:
Yes, that tree does look rather suggestive.  It looks better in black and white though.  The City parks dept boys need to stop molesting it so much with their trimmers.
It reminds me of a play I went to called "Quills."  A one man play and the actor spent the entire time on stage naked and monologuing.  Not being a man, I wondered what he would do if he got a hard-on during a performance, just act through I suppose.  At any rate, near the end of it he becomes the devil and turns around with three well-hung dongs.  This tree actually has three good sized erect dongs, er, branches.

Melanie, thank you for sharing your purple prowess in the garden!

Next up at the Garden Photos Event is a mystery guest, so come back in a couple of days to see what's on show.