The
I N F O M A N I A C
Garden Photos Event
2022 Finale
Oh!  You're all here already!  I wasn't expecting you so soon.  I was just dismissing the Official Hexenhäusli Device Woodsman.  He won't be long - he's just wiping off the excitement of having tended to my wood...

While he sorts himself out, why not have a scroll through this round-up of 2022's Garden Photos Event?
☙❧
Programme of Events
Monday, 31st October
Terrifying Triffidery: The Orangery of 'orror! 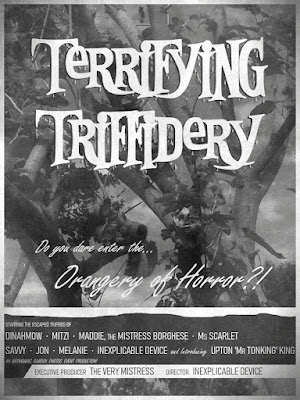 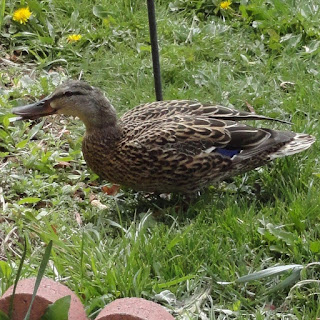 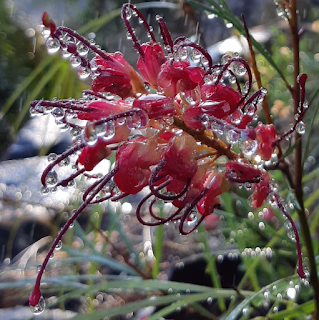 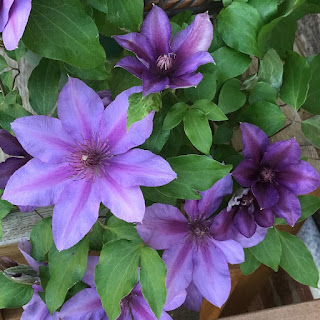 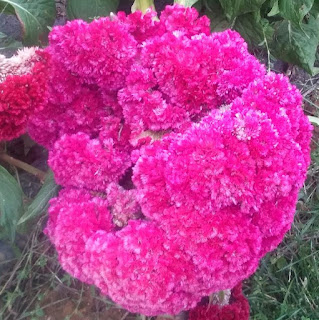 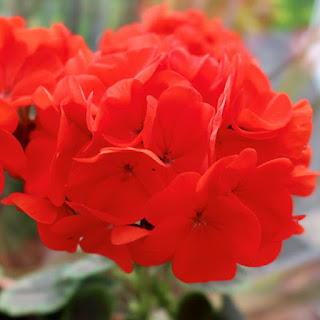 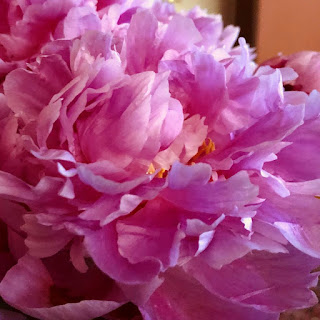 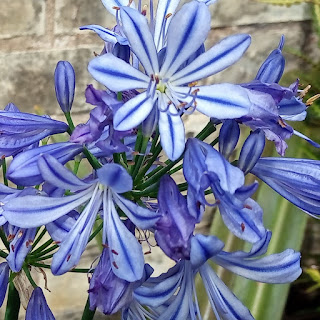 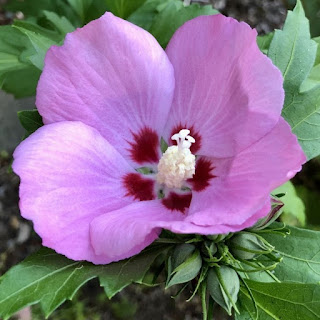 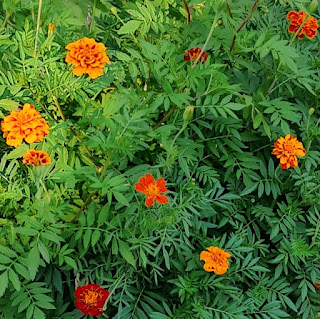 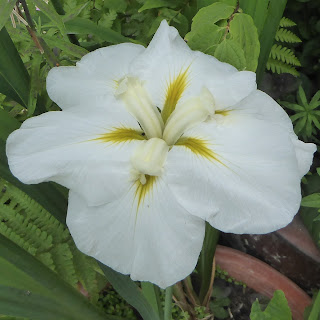 ☙❧
Most Popular Plants
Despite our differing climes, aspects, soil types, and experience, all of us grew plants that could be found in at least one other Blogorati garden, so I've come up with a list of the most popular.
As with last year, I'm only counting featured or easily recognisable plants, not those blurry, out-of-focus ones lolling around in the background (although I had to make an exception in a tie-break situation).

Hibiscus!
Flowers can be seen at Dinah's, Mitzi's, Melanie's, and Jon's.  And the tie-breaker - a distant, non-flowering tree at my old place. 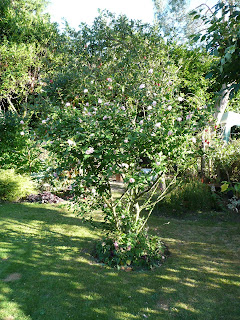 And to prove that it was in fact a hibiscus, here on the right is a photo of it in flower:
As you can see, Jon has a plant in all six categories, beating my five.  And in a surprise turn of events, Dinah has plants in three of the categories - no longer revelling in the exclusivity of last year's growing & showing of unique plants (although she's still got quite the collection of unique specimens).
This year, it was Savvy who bucked the 'most popular plant' trend, but that doesn't mean she managed a feat of exclusivity as two of her featured plants also appeared in my gardens: a weeping fig and peonies (mine weren't in flower though).  So, you're not alone, Savvy - especially as I also lent you my Christmas cactus until you found yours - what a gardening team we make, eh?!
☙❧
Official Plant Spotter Observations
Where would we be without Jon, the Official Plant Spotter of Hexenhäusli Device and its Extensive Witchdom, nay, All of Blogdom Itself?  He has proven himself yet again with:
❧ Coleus niochilus in Mitzi's garden (and confirmed by Dinah)
❧ Callicarpa in Mistress Maddie's garden - and probably common dogwood too (again confirmed by Dinah)
❧ A couple of "daisy things" in Ms Scarlet's garden (and while Dinah didn't confirm the daisies, she did identify that Ms Scarlet's geraniums [as they are commonly known] are, in fact, Pelargoniums).
❧ Pinks (Dianthus) in Melanie's garden, ably assisted by Mistress Maddie (confirming my suspicions) and even Hound!
❧ Mitzi even got in on the action by identifying Melanie's Starburst bush and Bleeding Heart vine (which prompted Jon to come up with the Latin name, Clerodendron).
❧ A possible Hyacinth Bean identification in Mr Tonking's garden.
☙❧
Celebrity Gardening Advice

Sir Patrick Stewart shows us how to get rid of a scarlet lily beetle infestation
☙❧
The "Did I Win Yet?"s
The Very Mistress MJ famously declared that the Infomaniac Garden Photos Event is NOT a competition/contest throughout her hosting of said event, but she seems to have gleefully forgotten now that she's not in charge anymore!  While there weren't quite as many utterings of dear LẌ's infamous phrase "Did I win yet?" (or similar) this year compared to last, anything more than none is frowned upon and will get you named and shamed here:
❧ TVM asking for a friend* in Terrifying Triffidery.
❧ TVM again in her very own post!
❧ Having gotten a little carried away by The Very Mistress's enthusiastic 'winning streak', I accidentally joined in.  Oops!
❧ Melanie trying to get around the rules by nominating Maddie for the win.
So, with last year's champion, Ms Scarlet, not even getting a look in, the 'winner' this year is:
T H E   V E R Y   M I S T R E S S
* in memory of dear friend, LẌ.
☙❧
And that's about it for this year.  Thank you all so much for taking part, whether you submitted garden photos, commented, or just wandered through making approving noises.  I hope you found some inspiration and ideas, and will come back next year for more!
Speaking of next year's Event, think about the wildlife that visits your garden/courtyard/balcony/windowbox, and prepare to take photos of it on or in the vicinity of your greenery, as I'm thinking 2023's loose theme will be 'wildlife'.  Either that or weeds...
Oh, try not to startle my woodsman on your way out.

He's a bit wary now, and keeps checking his surroundings in case
someone else is trying to sneak up and get him to have at them with his chopper.
Poor love.
Posted by Inexplicable DeVice at 12:00