Welcome to the eighth, ninth, and tenth "gardens" of the

Today's trifecta of triffidery shows that it's not all about the outdoors - after all, amongst other hazards,  it's muddy out there!  These indoor offerings come from 'Petra in Denmark, Ms Scarlet in Devon, and Savvy in California.

First on the itinerary is the rather slack fair-weather blogger CyberPete - AKA 'Petra - with a 'Creatures and Cut Flowers' display.  Oh, and a promise to blog more often.  I wouldn't get your hopes up, though...

I do however present to you my second floor indoor garden complete with stray animals. You decide if they’re terrifying triffidery or otherwise. 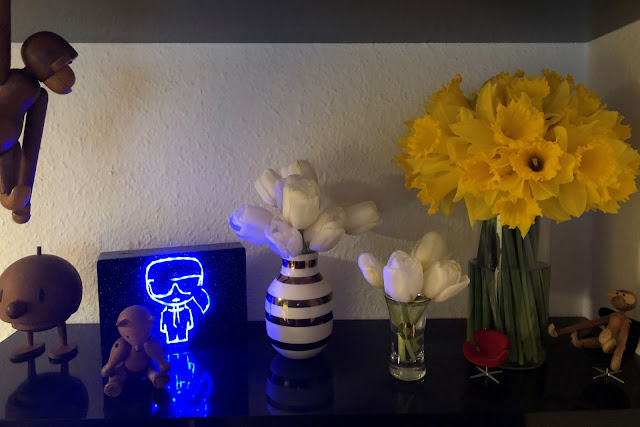 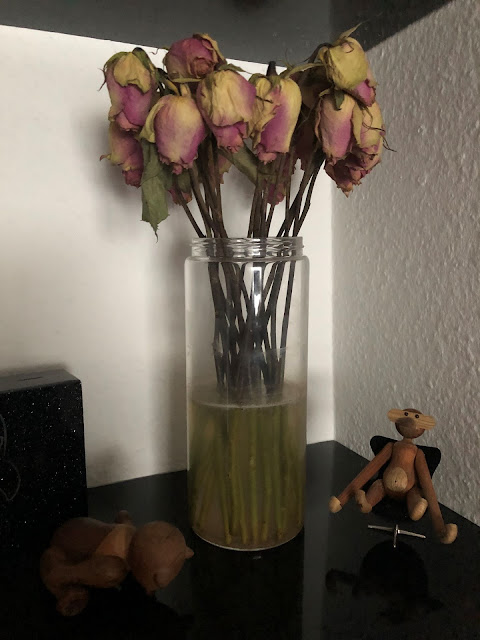 [The state of those roses truly is terrifying. I am shocked - SHOCKED - I tell you! Just look at the state of them.  That water is murky enough to put Devon out of business.  And I bet it stinks, too.  I'm surprised at you, 'Petra. - IDV]

Now, across the North Sea (and much of England) to Devon and Ms Scarlet:

Darling, here are two terrible photographs for your wonderful blog! I apologise, I really should have taken pictures earlier in the year when Devon was far prettier.
[Well, yes, that would have been nice.  It's not like I put up any reminders...
Oh, for those who are interested, an earlier-in-the-year glimpse of Ms Scarlet's garden in the form of her unruly bush hedge can be seen here - IDV]
The first is my terrible triffid. Or perhaps it is just a very unhealthy Money Plant. Who knows?! Well, we all know, but let's pretend we don't. 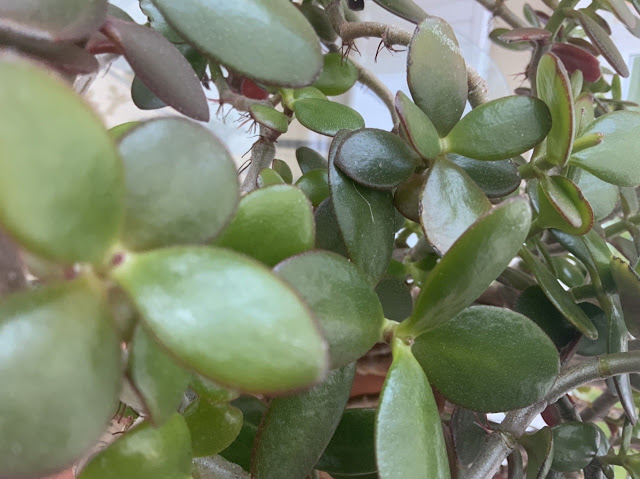 The second isn't strictly a garden picture, it was taken a mere few metres from my driveway. Every Autumn the Welcome to Devon sign is removed and replaced with a giant plastic tub emblazoned with a single word..... 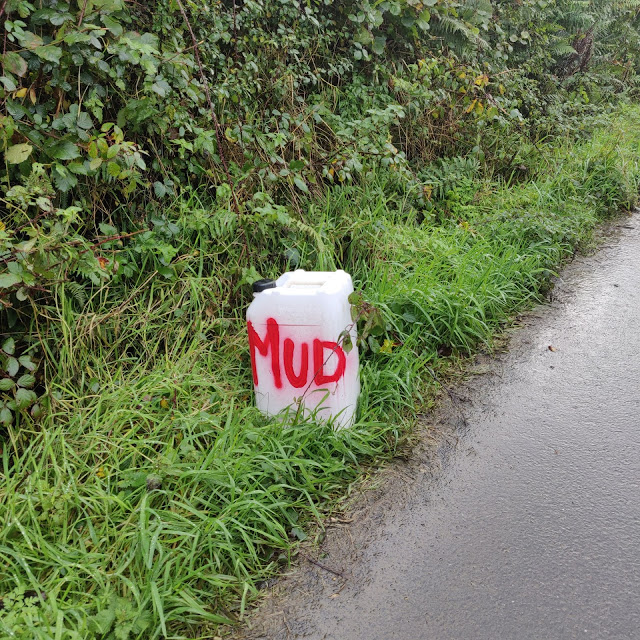 And finally, to Savvy across the Atlantic (and then some):

How's this for the day of the triffids?
(Hope I'm not too late, but given my past history, I probably am!)
[Not "too" late, but you were late.  Still, we wouldn't have it any other way, Savvy.  If you are ever on time I think we'd all worry that something was wrong! - IDV] 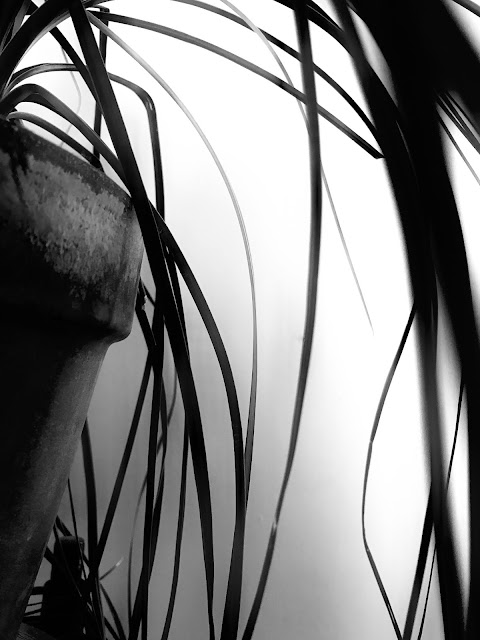 [I must say, I'm rather taken with this film noir triffid.
Quite sophisticated as killer plants go. - IDV] 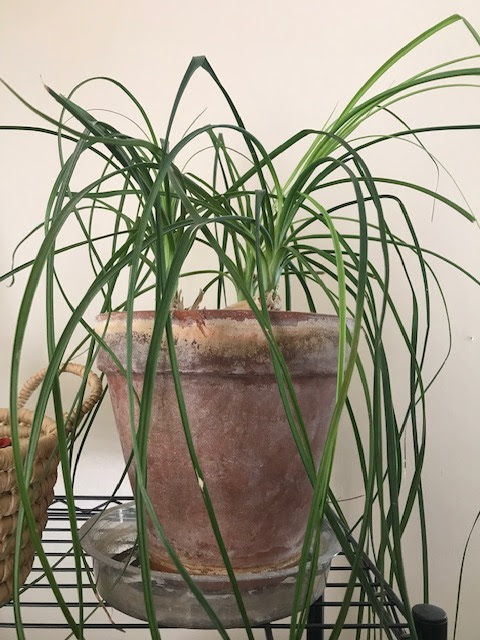 And a little something to leave off with: Here's Aidan Turner hacking through Ms Scarlet's undergrowth to reach her flower.  Or something...

P.S. The final stop on our Garden Photos Event tour will be the grounds here at Hexenhäusli Device (and snippets from its associated allotment), so tune in on Friday 13th for the show!