Welcome to the fifth garden of the

After being teased with litle snippets from Mitzi about her new patio paysho lānai which has been painstakingly constructed at her new home, the Infomaniac Garden Photos Event is thrilled to bring you the first exclusive pictures of this wonder of paving and trellis!

Although, in a storyline seemingly lifted from a certain defunct British soap opera, Mitzi first had to deal with the property's sitting tenants... 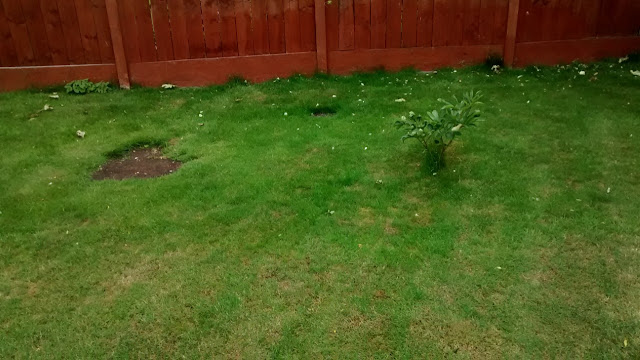 The previous owners had their parents ashes buried here. 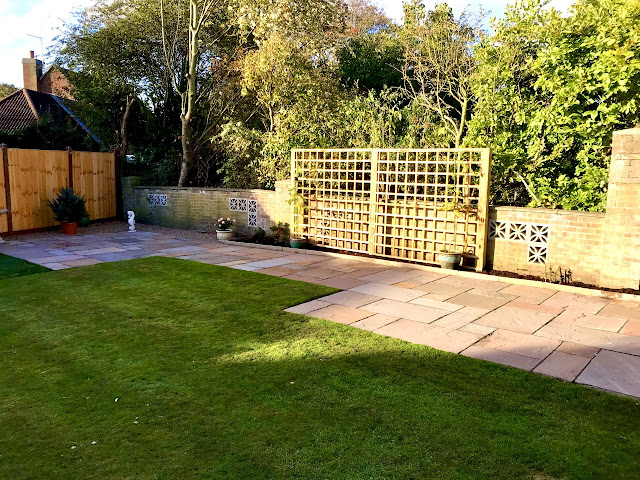 That's the lanai finished. My summer house (pronounced "hice") will be ready in January.
Mr Barrett builds quicker! Wisteria has now been planted in the ground. 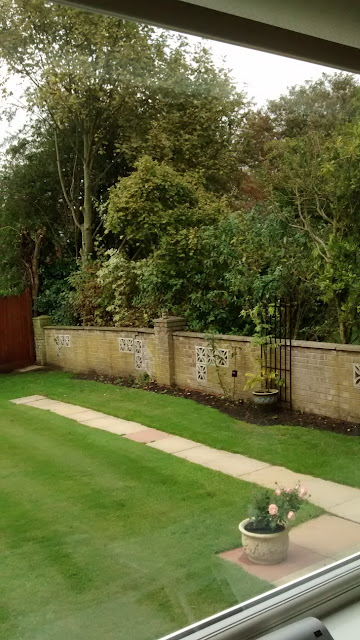 Before. View from the kitchen window.
[Is that a squirrel perched on that wall pillar in the middle of the photo? - IDV] 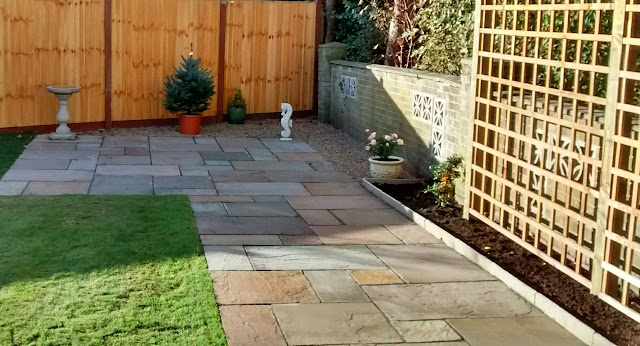 That's not a birdbath you see, it's a sacrificial altar for pigeons, for months I've been blaming the neighbours cat for killing birds and leaving a mess all over the place.  One afternoon I was watching a pigeon bathing in it and thinking where is a cat when you need one, when suddenly out of the blue a sparrowhawk came swooping down and took out the pigeon, ripping it's head off, feathers and guts everywhere.
It gave me a thrill like nothing else. 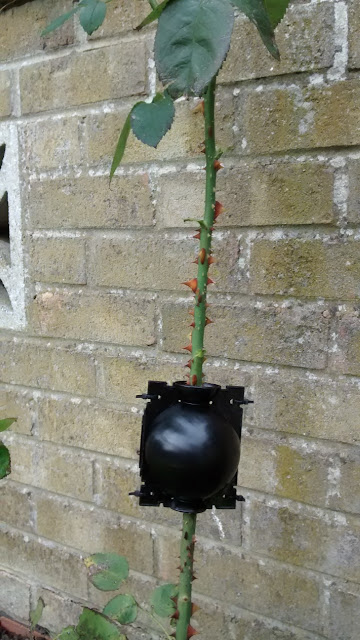 These are nifty things: air layering pods I bought from Amazon.  Peel away 1 inch strip of bark just below a leaf node, then scrape at it until you come to the cambium layer then all you have to do is fill a pod with damp compost and click it into place and wait a couple of months or until it has developed a good root system and you will have a new plant for free.  My grandad used to propagate his roses in a similar way, using tin foil and a wooden sprung clothes peg.
Mine had been on since June.  It was doing fine, it had over a foot of new growth and had healthy roots.  I asked the maid to cut it and plant it in a pot before the gardeners arrive.
This is what happened: 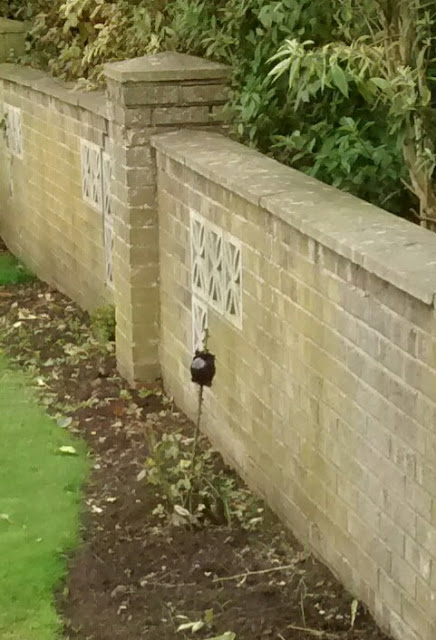 I could have wept. She has offered to scrub the garden wall with caustic soda and bleach as penance, but so far nothing.

Finally, we come to Mitzi's Terrifying Triffidery submission.  I can only imagine/hope it's the handle of some sort of garden implement?  Mitzi was unforthcoming about its true nature - perhaps it's just as well we don't know... 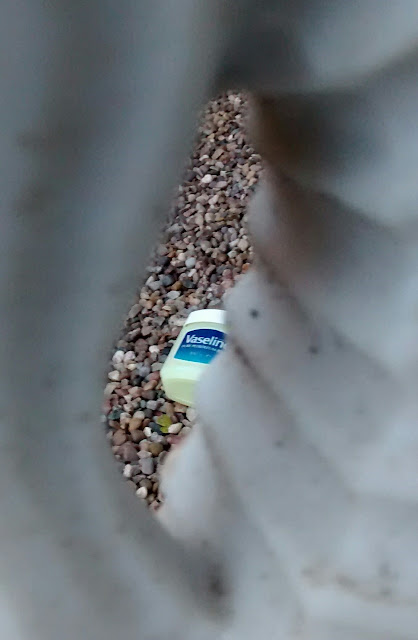 Before you go, a bit of music from Mitzi's future husband: Perfume Genius.  One of the videos for his most recent release, "Without You", is set in an undulating grassland with a few flowers and trees - and a mad bint who is clearly high on something prancing around in it - but doesn't feature the man himself, so I've chosen this one from earlier in the year:

While "Describe" isn't particularly horticultural, it does have a leaf blower...

Next time on the Infomaniac Garden Photos Event, we shall be ogling the enormous offerings of Peenee and Norma!