Yes, it's that time at last!

I see many of you managed to get through the Terrifying Triffidery exhibit relatively unscathed.
No matter, there's always next year...

Right, then.  We'd better start the show.  First up, a little background for any newcomers or the easily befuddled:  The Garden Photos Event first appeared on our screens ten years ago, brought into existence by The Very Mistress (then known as MJ), the Infomaniac herself!  It was an occasion for Infomaniac Bitches to show off their green fingers and thumbs by displaying their gardens/windowboxes/houseplants/salad drawer for all and sundry to gaze at in wonder/mine for ideas/critique with scathing derision - no, not that last one, forget that.  For you see, the GPE was a safe space to mingle and enjoy the greenery, and NOT a competition (as The Very Mistress had to stress more than once).

It was so popular that it became an annual event and, in 2020, The Very Mistress relinquished the reins to me (a great honour indeed) which is why the GPE is now being hosted here at Inexplicable Device.  A little more of its history can be found here, along with links to all the featured gardens up until 2020.  Links to 2020's gardens can be found here (or just click my Garden Photos Event label/tag-thingy).

So, onto the gardens.  Let me just throw open the French doors so we can all go outsi-

Ah.  It appears that my League of Extraordinary Gardeners haven't quite finished all their mowing and hoeing.  Apologies.  Um...  Oh, what to do now?  Ah!  I know: let's take a look at those Terrifying Triffidery specimens and find out who sent in what.

Oh, if anyone got a bit hot under the collar when they witnessed all that strenuous manual labour, and should require a cooling hose-down, just let me know as I think I saw the gardeners' assistant with his hose out around here somewhere...

Anyway, on with the Terrifying Triffidery results:

The pterodactyl, sea anemone, Abyss alien, and sex toy were supplied by our favourite down-under gardener (not a euphemism.  Unless it is?), Dinahmow!

The salad (which I wouldn't advise eating, by the way) and The Color Out of Space were provided by a man who is no stranger to working his many green fingers and thumbs up his back passage, Jon! 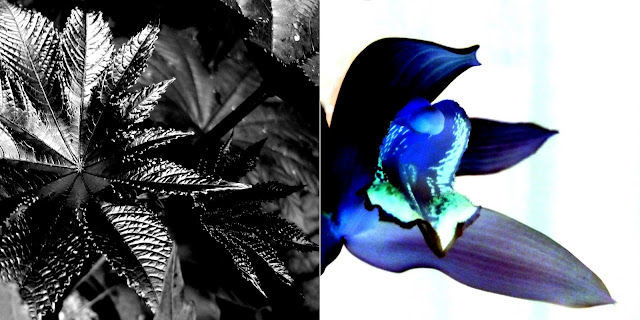 The moist flaps & folds, and the veiny, pulsating insides were donated by the darling Mistress Maddie  (I can't imagine why she didn't want them?)

The Audrey IIs all sprung up from the gardens here at Hexenhäusli Device.

And, finally, that rather horrific hedgehog/deer amalgam (which also lent itself to the title image) made its way here from the macabre Ms Scarlet! 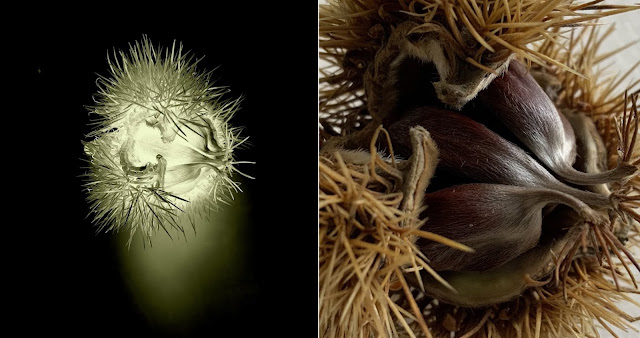 A sweet chestnut, of course!

As The Very Mistress's garden wasn't in tip-top shape this year, she regretfully declined to send in any photos.  So, to make up for her absence and all the horror above, here are a couple of snaps of the Infomaniac Garden from years past:

So, that's it from the first Garden Photos Event post.  The Event continues in a couple of days time with the gardens of Ms Nations (AKA Steve.  Because 'Steve' is almost as a nice a name as 'Paul' was.), so don't wander off too far.

Posted by Inexplicable DeVice at 20:40