Welcome to the sixth and seventh "gardens" of the

Not for these two stalwart Infomaniac Bitches, Peenee and Norma, the delicate intricacies of beautiful little garden flowers.  No, these two size queens have something far more massive in mind: Trees!

Our first stop is the streets of San Francisco, and the trees outside Peenee's place: 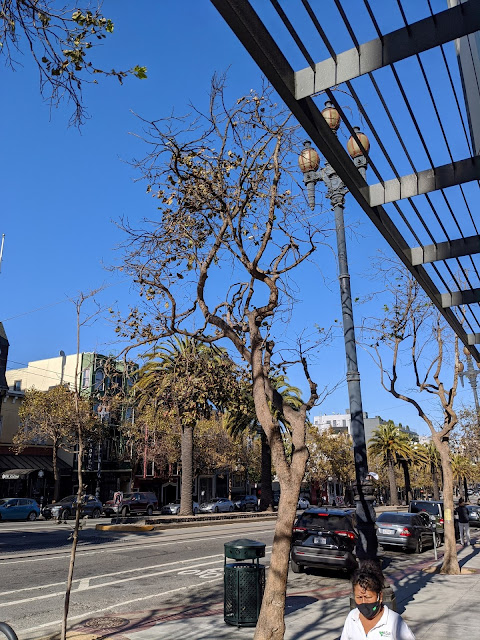 Since I sold my house and garden, I no longer have the lock on winning the garden crown (again) [Once again, the Management would like to remind you that the Garden Photos Event is NOT a competition - IDV]

The closest thing to any greenery I have are the miserable sycamore trees in front of my apartment building. Fifteen of them and every one more pitiable than the last. The city scheduled a hearing on removing them in August and then reconvened it for this month because of Covid. You'd think no one could possibly argue against cutting down trees that have no possible function except to turn into wooden shrapnel during one of our winter storms, but this is San Francisco. Someone will probably claim they're sacred to their Church of the Holy Crackpot or something. 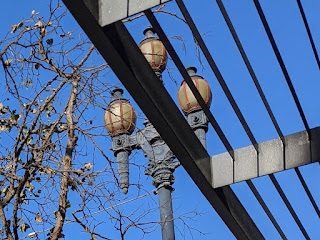 [Editor's note: Just look at the splendidly ornate street lights in Peenee's neck of the woods.  Aren't they lovely?  Certainly a cut above the 70s industrial chic lights around here.  Imagine if The Magician's Nephew had taken place in San Francisco instead of London, and Jadis the witch-queen snapped off one of these lamp posts instead of one of the boring old London ones: Narnia would be ever so much more Fabulous with a lamp-post like this growing in it!

Also, I'm curious as to what's stuck to the lamp-post in the palm-lined snippet below.  It looks like an open envelope, but what was in it?  An invitation?  A secret message?  A coded hook-up note? - IDV] 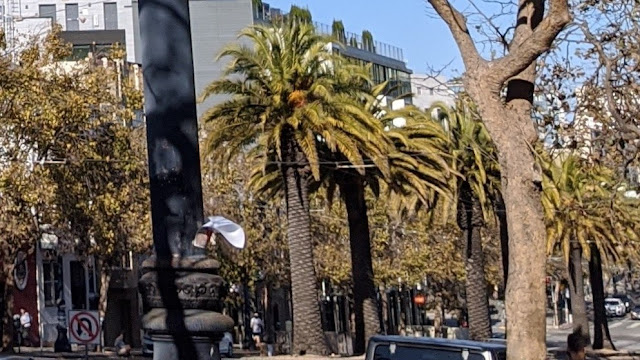 The next "garden" is offered up by Norma.  While the photo is not of Norma's own garden, I'm sure it will be one day.  Let's see what Norma has to say about her offering:

I’ve done no gardening, but I’ve been delighted to see tRump and his female counterpart readying their graves [for this coming Tuesday*] 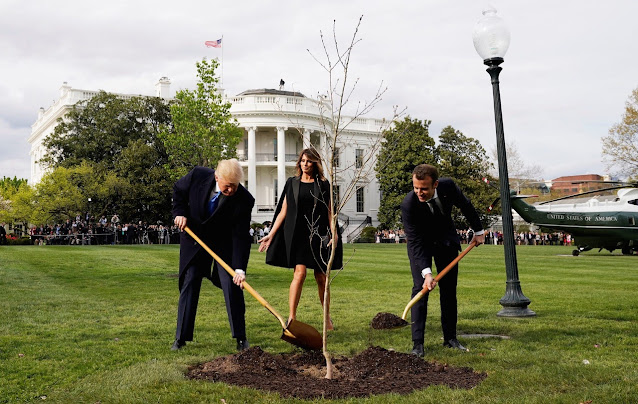 * Norma, of course, sent this photo in BEFORE election day.  Norma, your methods of divination are top notch - we'll have to swap tips.

By the way, French president, Emmanuel Macron seems very eager to get those two in the ground, doesn't he?

Before we leave, Peenee and Norma, this cut-off corgi-pants-wearing Big Lug says he's available for your gardening needs.  Or just your needs in the garden... 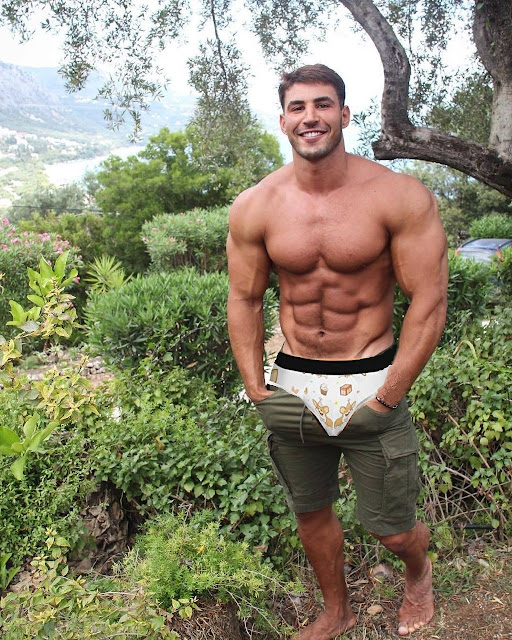 [Do you know how difficult it is to find someone suitable for Peenee and Norma?
I spent mere micromips scouring the interwebs for some big, muscular lunk cavorting around in some greenery with a corgi or two, to no avail.  I had to make this one myself in MSPaint.  That's another few micromips I'll never see again.
Although...  he is rather cute...]

The whirlwind garden tour continues in a day or two with very select offerings from 'Petra, Ms Scarlet, and Savvy in the penultimate post of the 10th Anniversary Infomaniac Garden Photos Event - Don't miss it!

Posted by Inexplicable DeVice at 12:00