Long ago, before it became known as Betazed, Cyndriel used to be a ringed planet, but a stray comet disrupted the rings' orbit and they coalesced into the three moons of Avandar, Merandar, and Keylandar.  However, some of the rings' exotic particles fell to Cyndriel and were fashioned into three circlets by smiths of the Fifth House.  During the Terabian conflict, the circlets were split up and hidden offworld for fear of their rare power being perverted, but over time, their locations were lost.
Nearly 200 years later, an ancient star map came to light which guided a determined Daughter of the Fifth House across the stars in a "commandeered" Federation starship to seek out the treasured Holy Rings of Betazed... 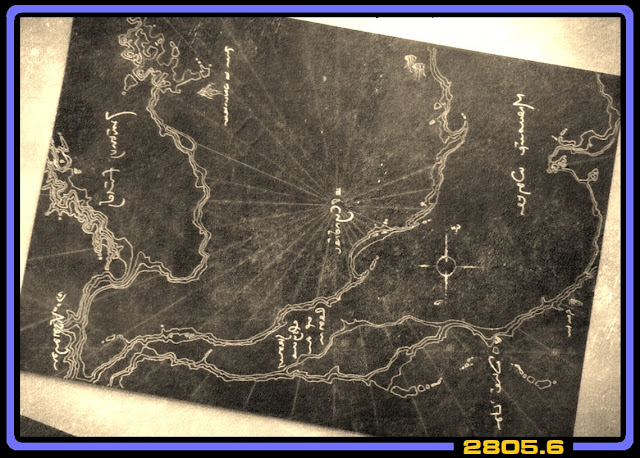 "Commodore, a diplomatic vessel from Betazed is approaching and requesting permission to dock."
"From Betazed?"  Commodore Costa had a sudden feeling his day was going to get far more complicated.  "Is it a Betazoid ship?"
"Yes, sir.  I'm getting the ship codes and registry now."  The communications officer paused, then looked up from her console with a sympathetic look directed at Costa.  "It's the Fifth House's royal yacht.  I'm sorry, sir."
Costa's whole body sagged, then he very slowly turned and headed for the turbolift.  "It's Her, isn't it" he stated glumly.
"I'll...  I'll arrange for a suitable reception."
Costa just sighed as the turbolift doors hissed closed around him and he was left with his own thoughts - however temporarily that might be for.

In station G-6's spacedock, an airlock opened revealing a statuesque and imposing Betazoid woman with a retinue of lackeys following in her wake.
"Ah, Commodore!" she boomed at Costa, who had straightened himself up and donned his dress uniform to greet her.  "I've no time for our little games today, unfortunately.  I need one of your starships.  Immediately" she added.
This is new, Costa thought, then immediately clamped down on his thoughts lest they escape from his head and into his unexpected guest's.  The lack of the usual protocols and mind games cheered him up no end, even if the demand had him momentarily non-plussed.
His guest took advantage of his silence and swept her gaze around the dock.  "That one", she declared, pointing through the floor-to-ceiling viewport at a mid-size blue-grey ship at pier two.  "That ship.  The one with the golden eye!"
Costa followed Lyannifaer's outstretched finger to the recently refitted Sword of Omens, and conceded to himself that the glowing blue navigational deflector, with its golden housing and surround, did indeed look like an eye.  And, as fate would have it, the Sword' wasn't scheduled for anything more taxing than local sector cartographic update runs until her captain and first officer returned from other assignments in a little under two weeks time.  Or, had she already known the Sword' was available? he wondered.
"Well, my lady, let's pay a visit to the dockmaster's office and see what we can do, shall we?" he said, trying not to let the sheer anticipatory joy that this formidable and entitled woman might soon be lightyears away leak out of his head.  However, the thought of the Sword's poor, inexperienced second officer having to deal with the Betazoid dignitary tamped down his joy somewhat, though.  But not by much.

Once in the dock control room, one of her staff, a hulking hairy Yehtee produced an ancient-looking black scroll and handed it over to Lyannifaer.  From the mildly uncomfortable, yet charged silence, Costa knew that Lyannifaer was communicating with her staff telepathically.
"Here" she said, passing the scroll to Costa, "I know you'll want to know where I'm taking your precious starship - This map should answer your questions." 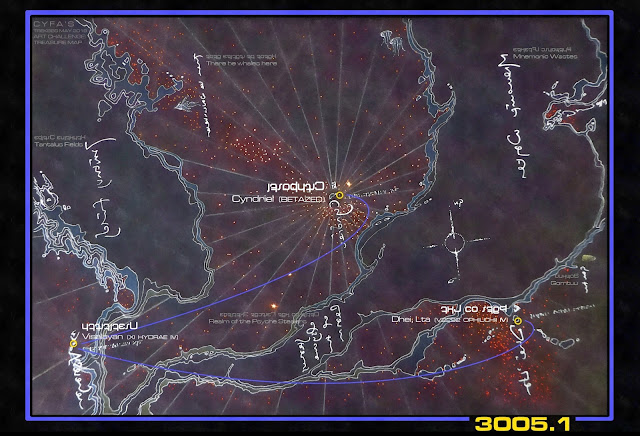 ::
Yes!  If you haven't already guessed, this is just a teaser for an upcoming "It's A Faaaake!" Star Trek-related post with artwork by me.


As is now traditional, Senator Vreenak insists upon having the last word:

Posted by Inexplicable DeVice at 19:58