is being held here rather than at The Very Mistress's this year.  Remember?  Remember?!?


We're posting this reminder mainly for Savvy.
Yeah, you all know what she's like with competitions, challenges, and events.

Absolutely hopeless.  I don't know how many Tin Foil Hat Competitions she's missed?
Well, to be be fair, the one she did remember she actually won!
Oh, yeah!
Anyway, for the rest of you, we still haven't decided exactly when the Garden Photos Event will begin, other than at the end of October/beginning of November.  There are a number of reasons why the date is still undetermined: One of which is that it's our 15th Blog Anniversary on the 15th Octob-
No it's not!
What?
I said: No.  It's not!
Well, when is it, then?
Ummm... [hastily looks it up]  The 9th.
Oh.  That's too early.  The Very Mistress's garden may still not have thawed out by then.  We need to give her frozen greenery time to put forth at least a couple of shoots before winter sets in again, so we can't have it coinciding with our anniversary.
Well, shit.  Now we'll have to come up with an actual anniversay post!
What about Hallowe'en?  If we have the grand opening then, we won't have to come up with a separate Hallowe'en post?
Oh, that's a good idea! 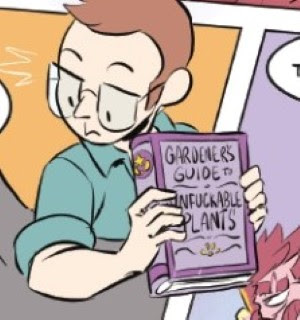 Right.  Well now that we've got the date sorted out - kind of - get out into your garden/on your balcony/near your pot plant/in your vegetable drawer and get snapping!  I'll ask you to email me your photos nearer the time, so you've got nearly a couple of months to come up with a selection of photos to show off your green fingers (or other body parts).
Oh, yes!  Almost forgot: We're having a Terrifying Triffidery exhibit this year.  A  place to show off your horticultural horrors or otherwise ordinary plants that have been photographed from odd angles/close up/while drunk which make them look out of this world.  So, get inventive/within-2-metres/drinking and get that camera out!

Also, I'm still humming and hahing about a "Guess The Plant" quiz - we'll see if I can be bothered nearer the time...
But first, here are some specimens from the gardens of Hexenhäusli Device: 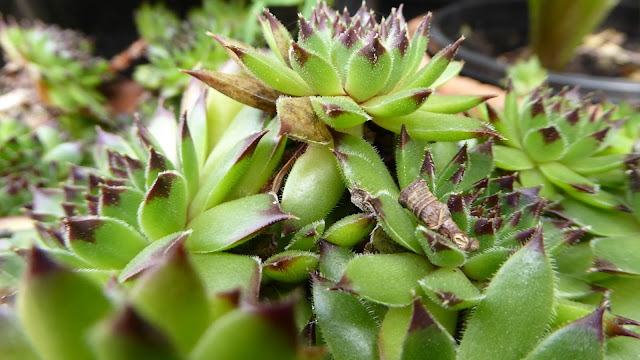 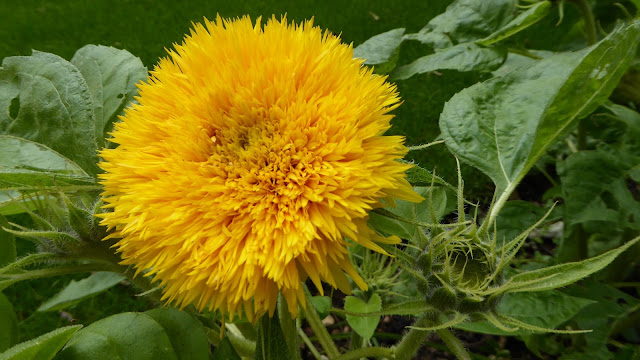 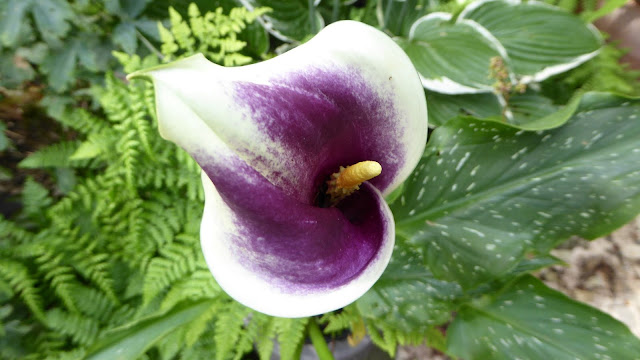 Some sort of Zantedeschia - rehmannii possibly?  Anyway, it's a Calla lily 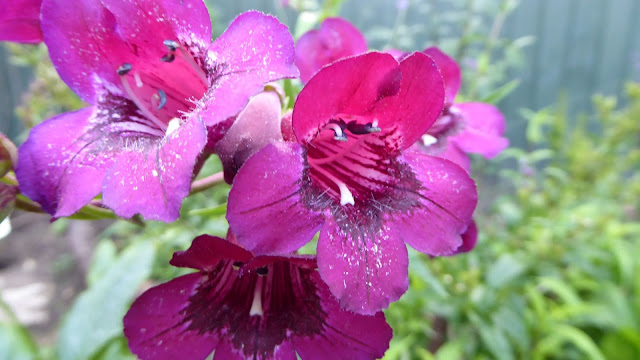 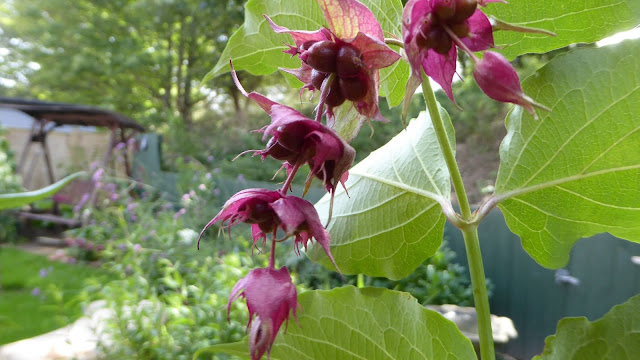 I'm not sure what this is?
It's mostly all leaf, but hiding underneath at the end of the long stems are these chandelier/pendulum-like red/purple berries (that develop from white flowers).  Jon? 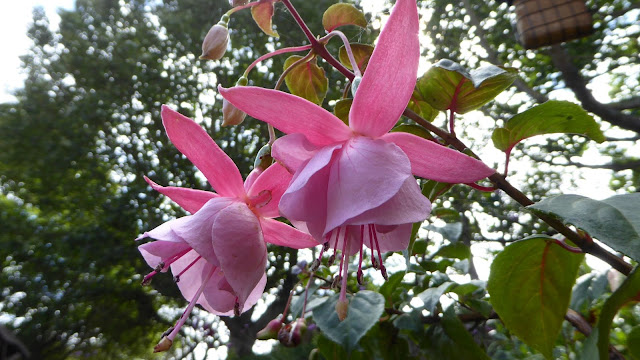 A big, blousy fuchsia under the bird table 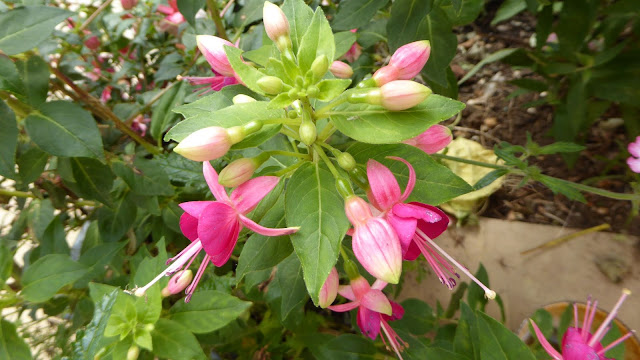 A small, but prolific fuchsia on the paysho 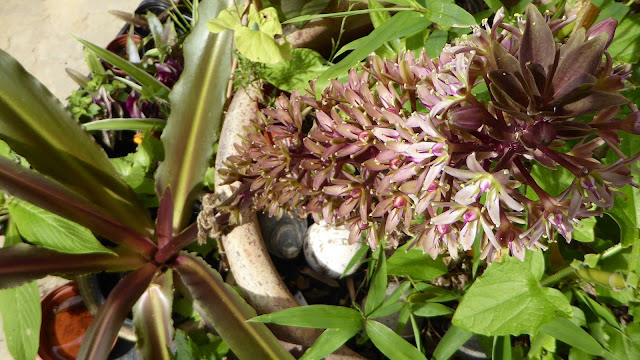 
When are we going to announce the name change?
Don't ask me.  When it's too late for any complaining to do anything about it, I shouldn't wonder!

Posted by Inexplicable DeVice at 17:13

Labels: Blogorati, Garden Photos Event, I We Me Us, Public Service Announcements, Swearing, Triffids and such, Very Mistress