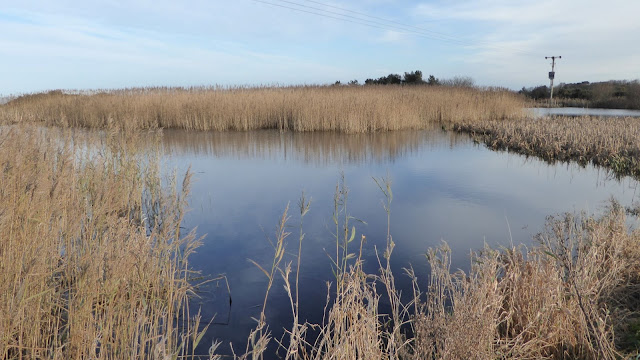 Last Sunday I walked to Frogshall to collect some pine cones to make Winterval decorations and such (they're still in a box in the garage...).  On the way there I admired the moss, lichen and fungus adorned trees (as seen below, and here), but on the way back, just as I reached Overstrand, I took a slight detour (only a hundred yards or so) and found a small, man-made lake (well, a big pond, really - see above).

Despite having lived here for most of my life, I had no idea it existed.  I knew there was a reservoir a bit further along which I also hadn't seen before - although I have now (scroll down to Wednesday) - but this was a big surprise!

Have any of you come across anything surprising while you've been wandering about your respective neighbouthoods/necks-of-the-woods/extensive grounds? 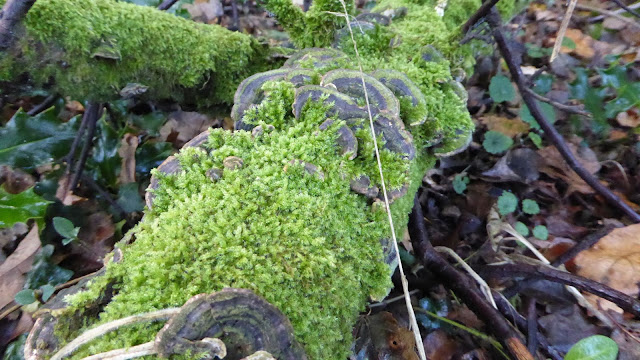 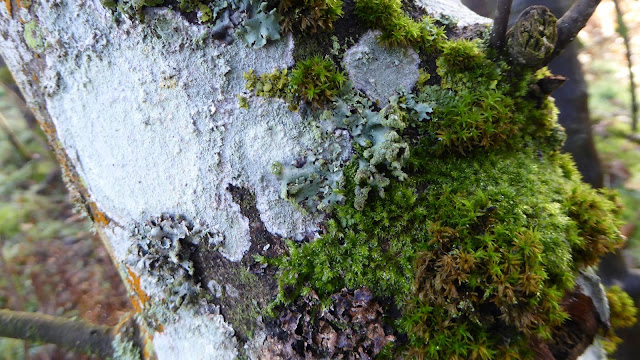 Monday morning saw another sunrise as I went out to stretch my legs and get some fresh air before starting work.  Just like many of us, the Sun really didn't want to have to deal with yet another Monday, and couldn't even muster up the enthusiasm to obliterate Trimingham like it did on Friday last (see previous post). 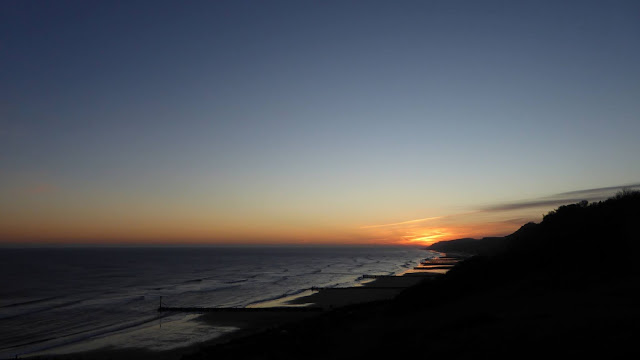 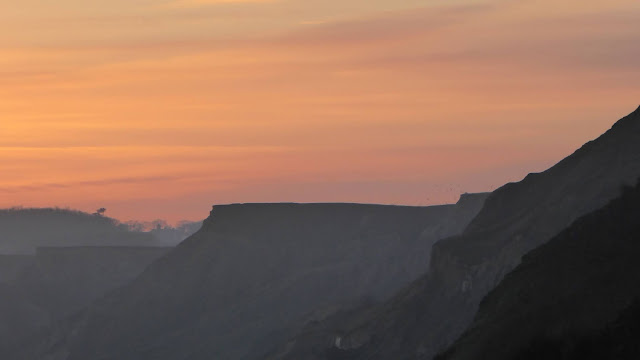 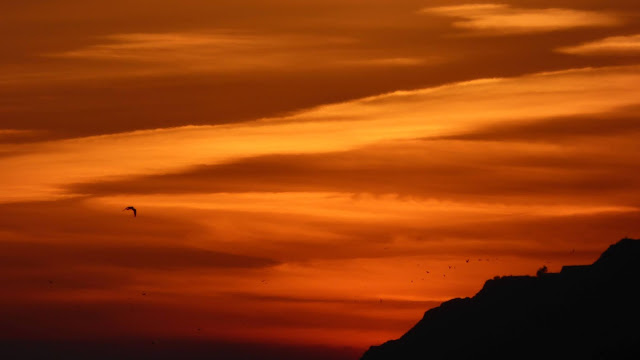 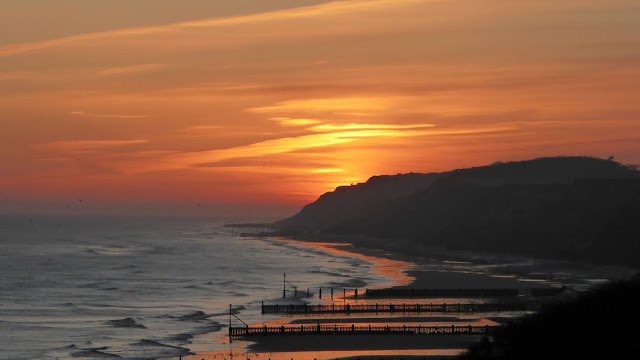 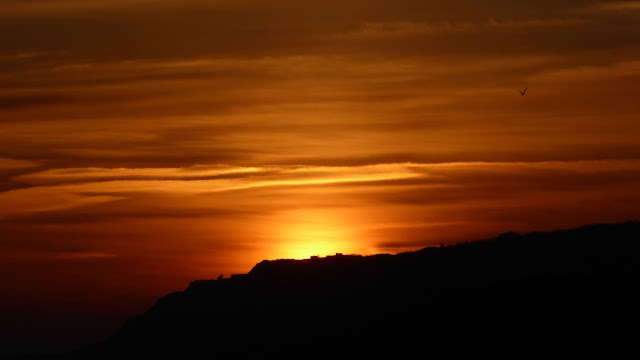 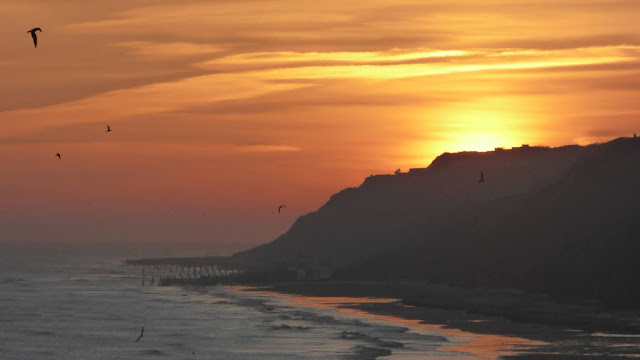 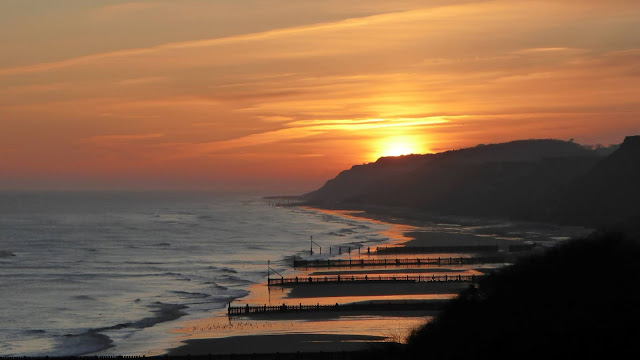 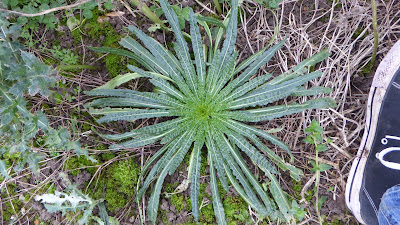 A lunchtime leg-stretch around by the allotments brought an encounter with a sparrowhawk and this rosette of greenery (and a few others like it).  I'm not sure what this plant is, but I expect that it will produce some sort of flower head in the spring that will help to identify it.

The sparrowhawk (or whatever it is) was hovering over a hedge hunting something small and frightened as I exited the allotments.  Rather surprisingly, it flew towards me and landed in a tree nearby.  However, it was still fixated on the ground, so I suspect it just hadn't noticed the almost two metre tall witch in unsuitable shoes gawping at it from a weed infested field. 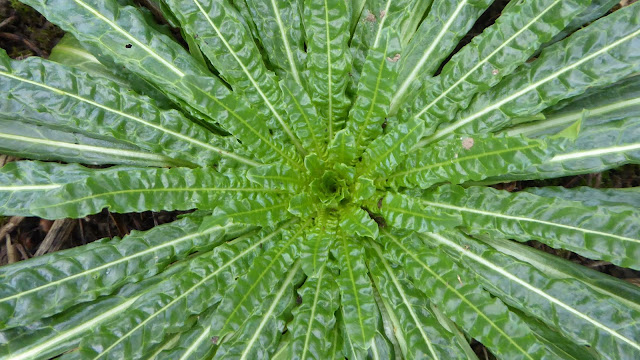 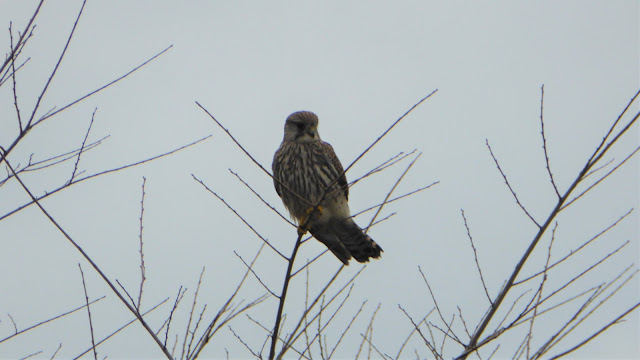 I had to brighten and enhance this photo rather a lot to make out the colours and markings.  In the original image, the hawk was just a dark blob - it could have been a bloody wood pigeon! 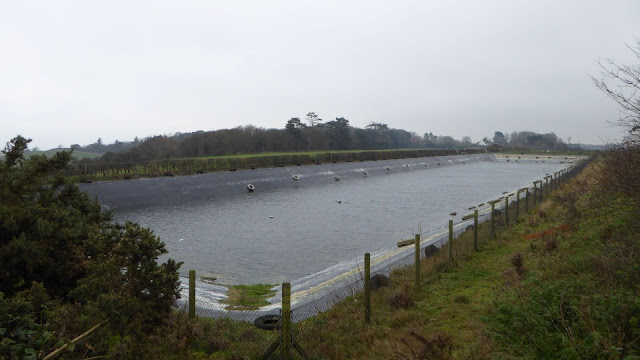 The reservoir I mentioned at the beginning of this post 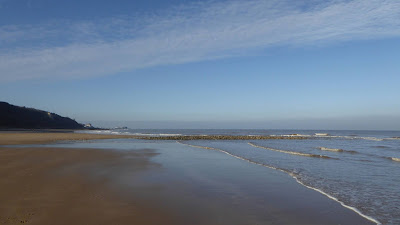 After a couple of grey and murky days, Thursday turned out rather nice. Blue skies and very little wind enabled a coat-less walk along the beach to Cromer and back.  As there weren't many people about, I even had a brief wander along the pier. 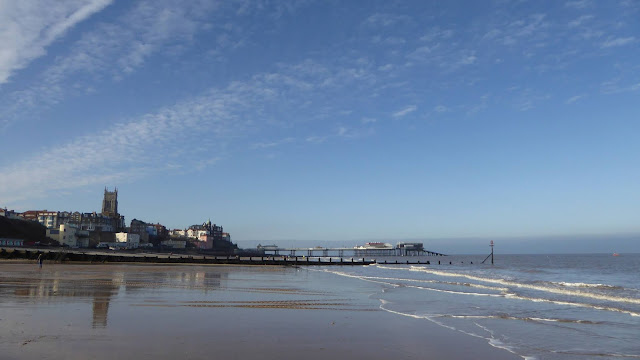 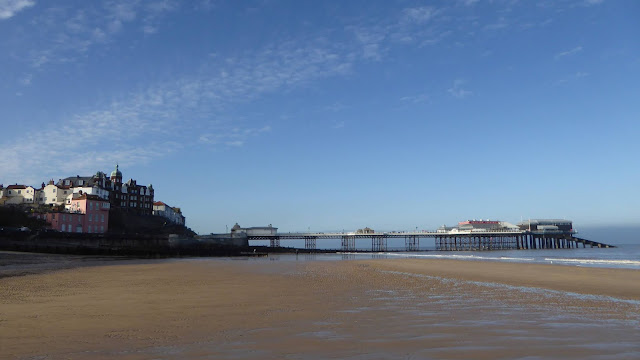 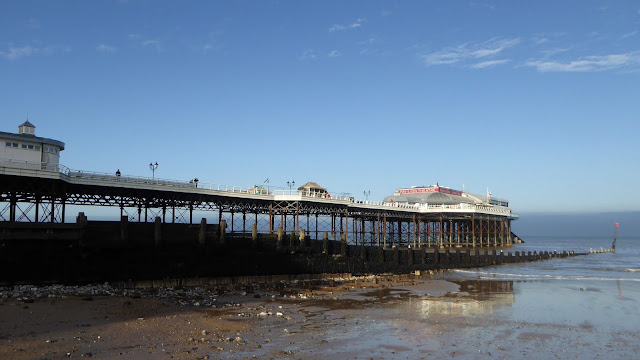 And that's it!  I'm going to try not to take any more photos until December so I don't have to try and squeeze in another post before a fresh, new month begins.

Posted by Inexplicable DeVice at 20:53