The end of the month is almost upon us, and I find myself playing catch-up with all the photos I've taken in November.  It doesn't help that I keep taking more every time I go out and get my daily exercise, hence this post (and the next one).  However, rather than bore you with the same old scenes that you've seen a thousand times before, in each post will be photos of something new! 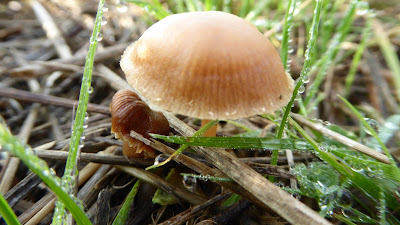 I discovered a flying saucer construction zone while on my last walk along the cliff top to Sidestrand.  The two on the right are clearly in the first stages of development, while the one below looks like its nearing completion.  Then the two below that are ready and primed for take off! 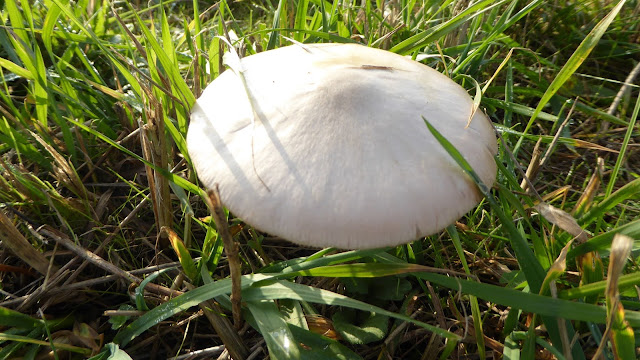 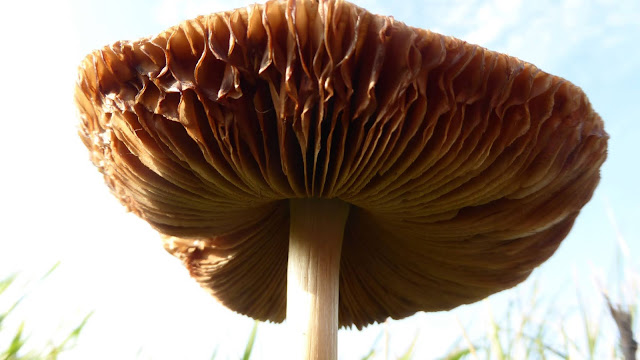 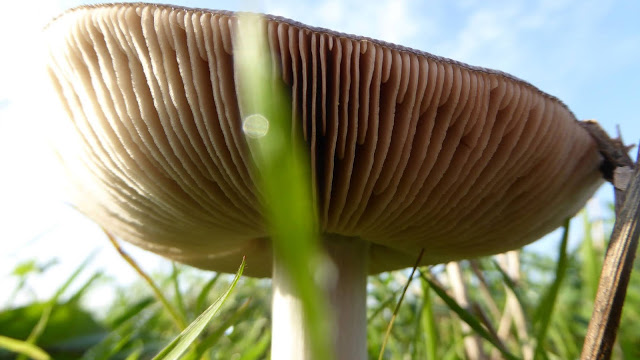 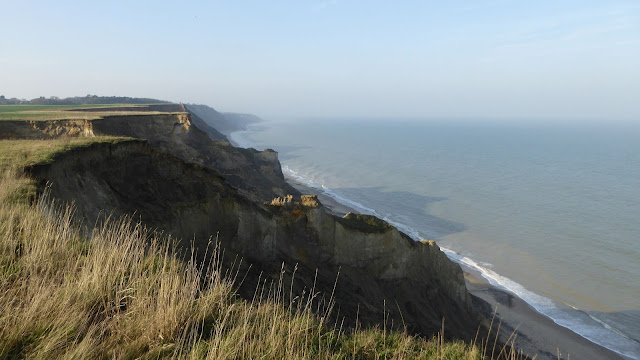 From the cliff top in Sidestrand looking back west to Overstrand 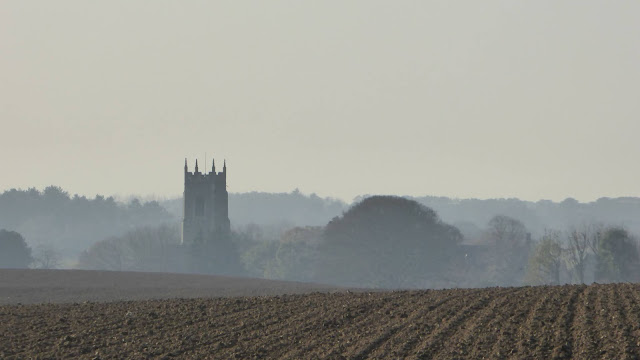 It's been quite moist here lately.  Perhaps not quite as much as in Devon though - particularly this area (click, and scroll down for the picture).  Anyway, while I was bumbling along on the beach, the sound of running water - normally drowned out by the waves - caught my ears.  Yes, the cliffs were having a good old bawl, crying tears of... Joy?  Sadness?  Frustration?  Relief?  Who knows what emotions cliffs may feel?

Anyway, the fact is, the cliffs were crying, and creating waterfalls of iron-oxide-laden tears that cut into the moss-covered clay forming little caves and grottos, and red rivulets and streams as can be seen below. 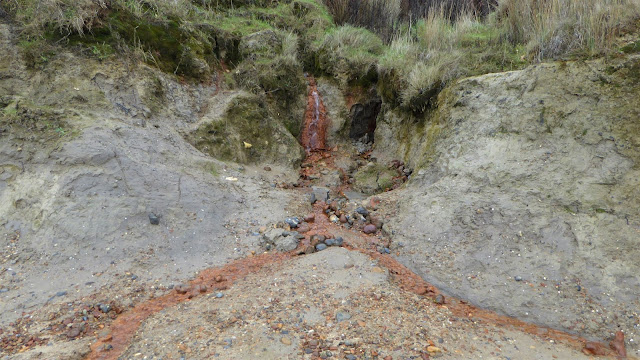 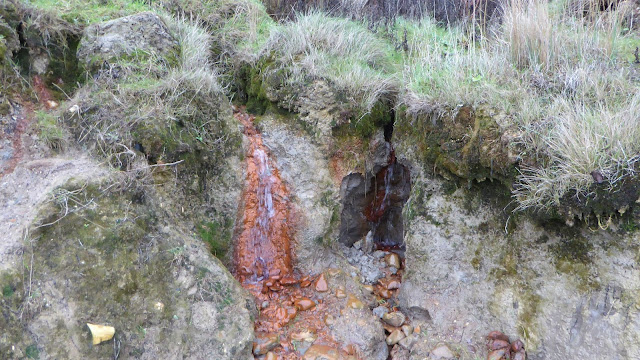 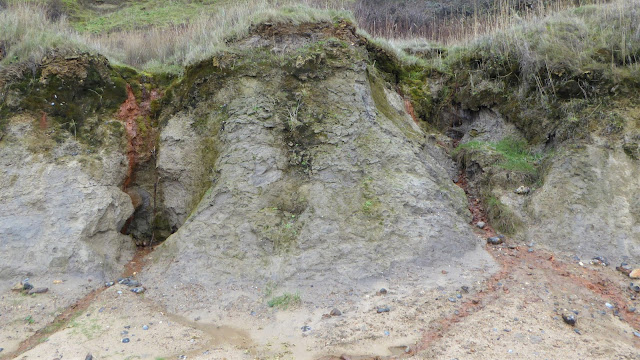 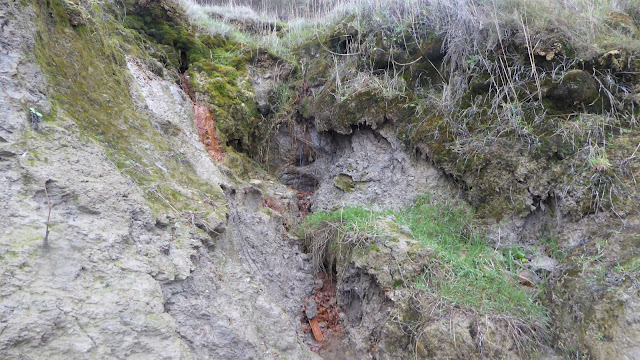 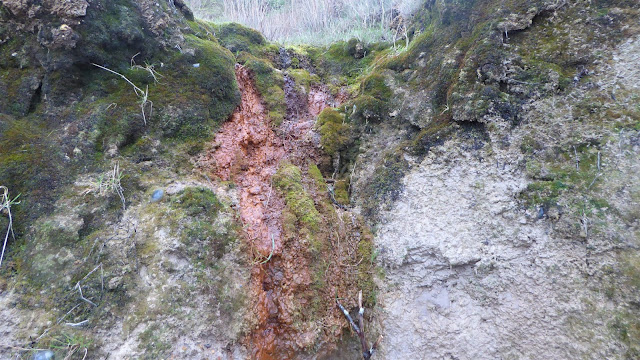 Finally, from Friday last: the Sun.  Only two photos, as you've seen all this before.  Except...  I think the sun was having a bit of a struggle getting up, as rather than launch itself into the sky, it settled for rolling slowly up the cliff, squashing and scorching Trimingham as it did so. 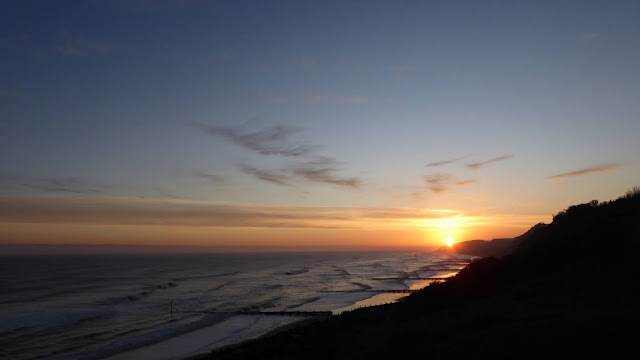 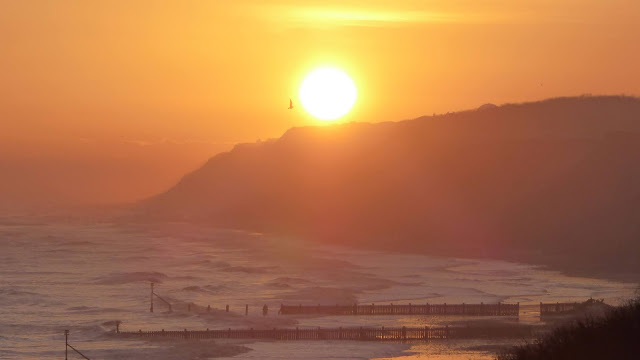