September Has Spiralled Away 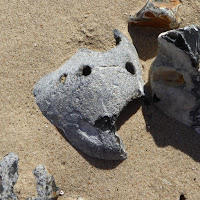 I know!  I'm just as shocked as you are,
broken-stone-Cyberman-mask-in-the-sand.
Time is certainly flying by... 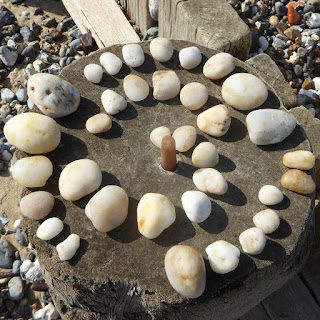 I popped down to the beach for a swim on the 22nd, but the sea was too choppy, so I mooched about on the shoreline, picking up pretty stones and the like, instead.  As the sundials I'd previously created* had been washed away (or swiped aside by seagulls/children/Chronosfear/League Against Time-telling Equipment et al), I thought about making more, but stopped in my tracks when I realised that in sorting the stones, I'd created a rather pleasing spiral.
So I carried on until the groyne post was packed with stones!

The spiral was still there on the 26th, with very little disturbance. 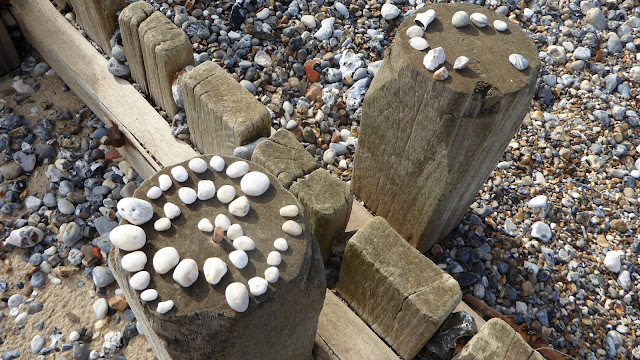 However, two days later on the 28th, the waves had clearly reached high enough to cause some distress! 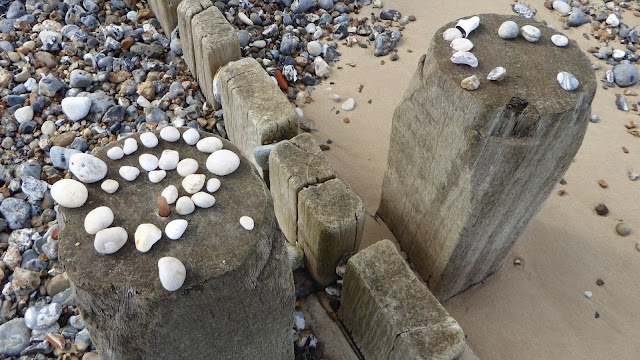 So, I tidied up the stones that were left into a slightly different pattern... 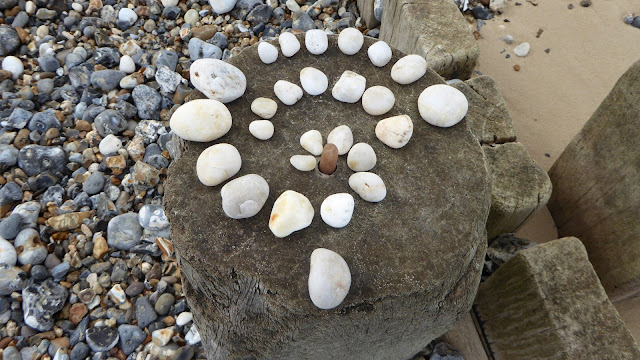 ... then added a few more for good measure. 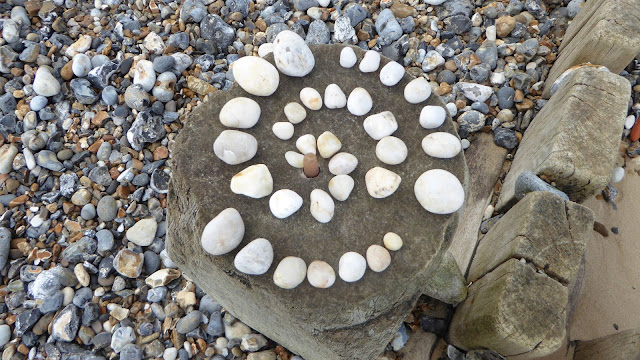 I even did one on the opposite post where I'd left some other interesting stones. 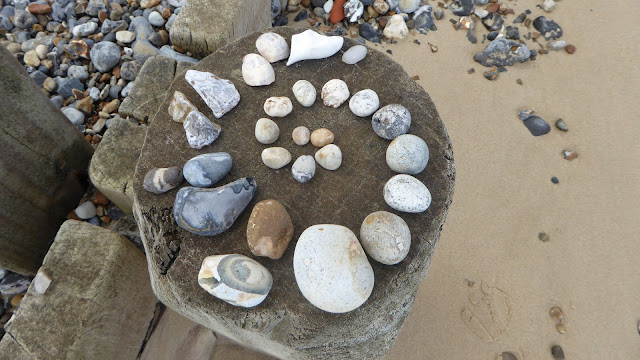 And another two days later, i.e. today, they'd gone - washed away by the high tide - so I created a new one... 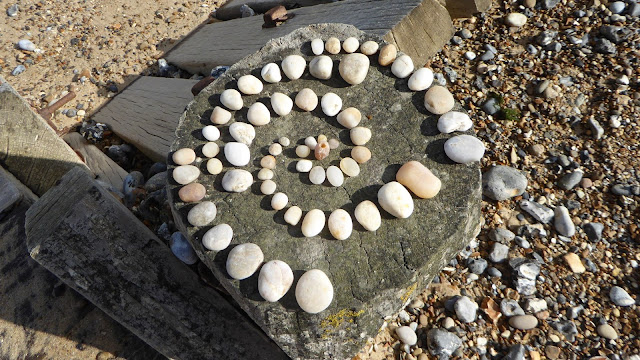 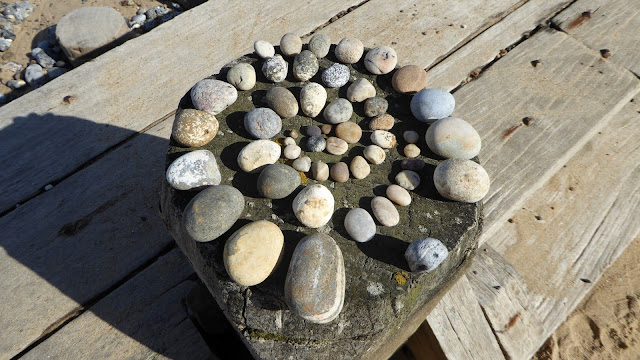 Here they both are in situ 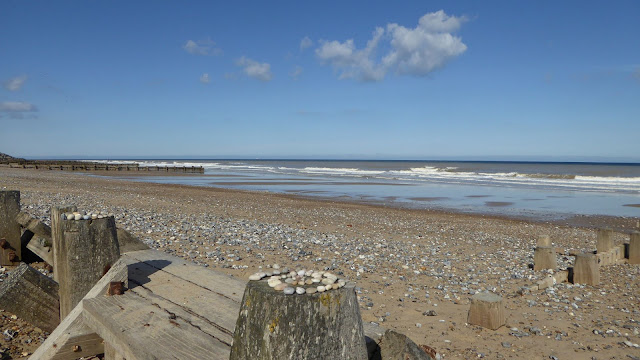 Hang on...  Is someone overseeing my work? 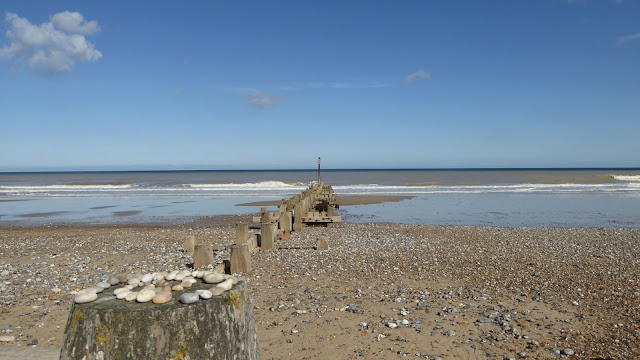 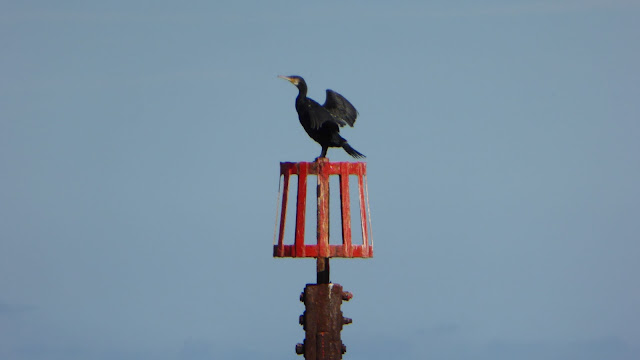 
Here are some things that are not stone spirals: a fossilised something or other (from 12th Sept) 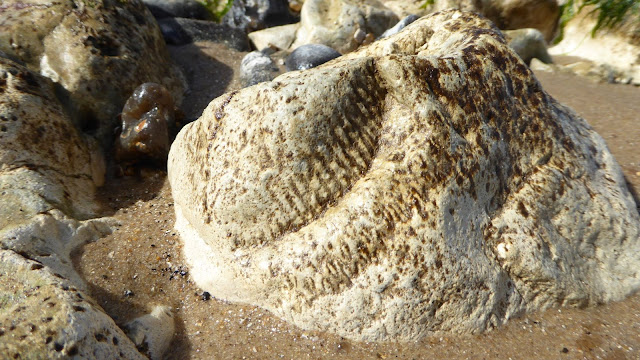 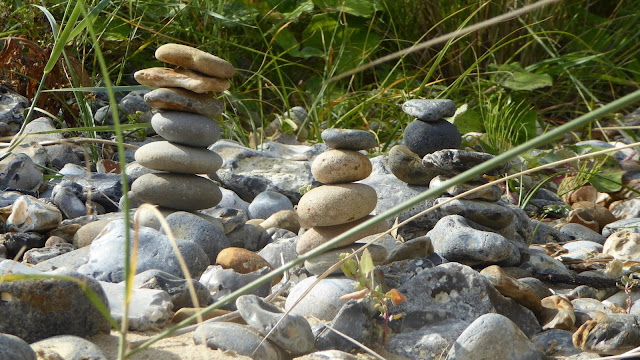 ...in my beach garden/secluded spot (from 28th Sept) 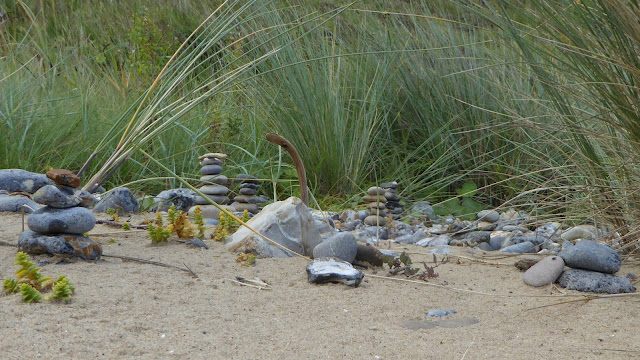 Horrid tasting, but good for you (of course), Sea Sandwort (Honckenya peploides)
(from 12th Sept) 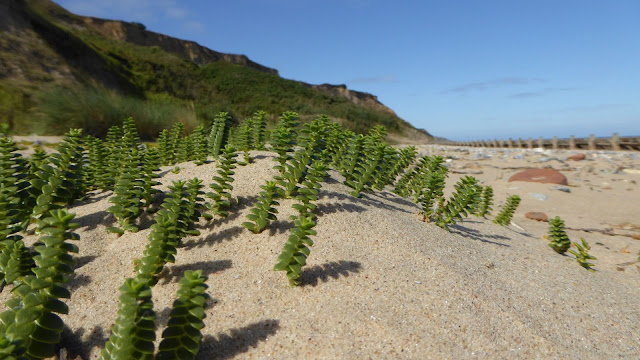 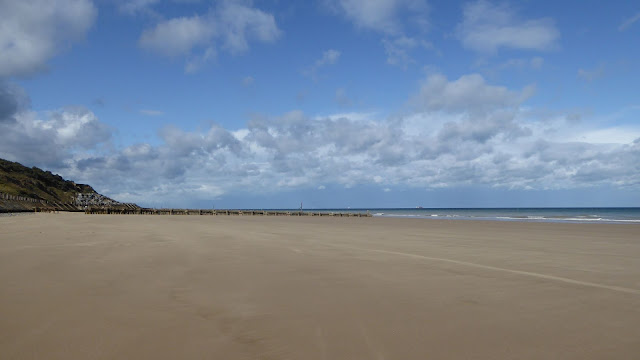 * I realised after I'd arranged all these photos here that I haven't actually posted photos of the sundial I was referring to, so here they are: 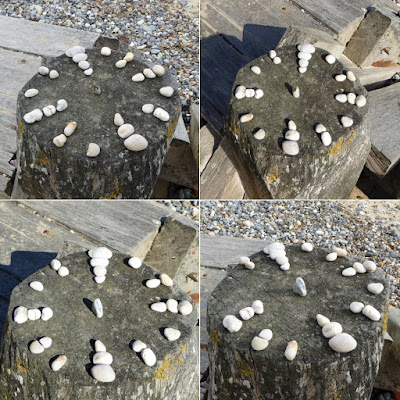 From top left to bottom right: the sundial as seen on 18th, 24th, 29th, and 31st August.  As you can see, between the 29th and 30th, someone had made off with 10 o'clock!  The whole thing had gone by the 22nd September.  Possibly earlier, between 31st August and 12th September, as I didn't go down to that part of the beach then.

Posted by Inexplicable DeVice at 15:12