Penetration of Plunge Pools and Other Key Holes 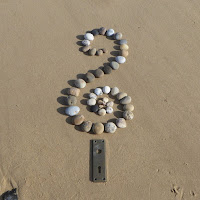 In the comments of the previous post, on Thursday I said to Dinahmow that I was going down to the beach again, and these are the photos I took while I was down there.

It was a really nice, bright, sunny morning - relatively warm when sheltered from the cool breeze - so I spent far more time down there than I intended.  And, because it was low tide, I ventured beyond the End-of-the-Line! 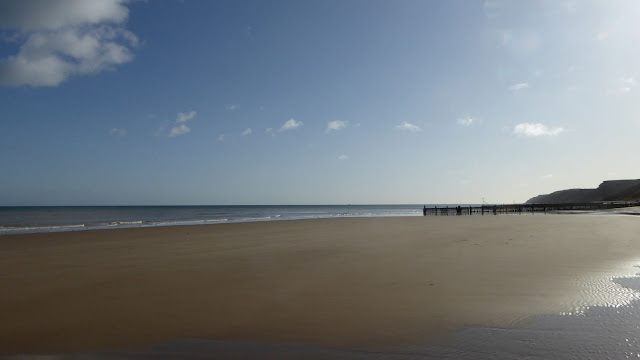 Canyons and river valleys in miniature! 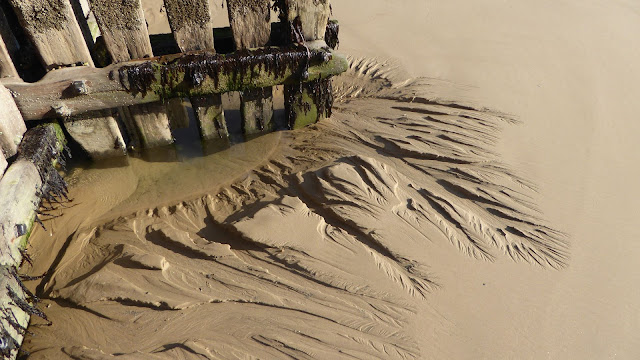 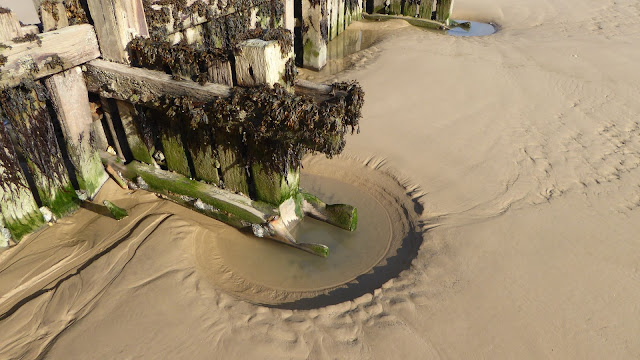 Dinah's "little man" at the End-of-the-Line
I don't know where his measuring instrument is, though? 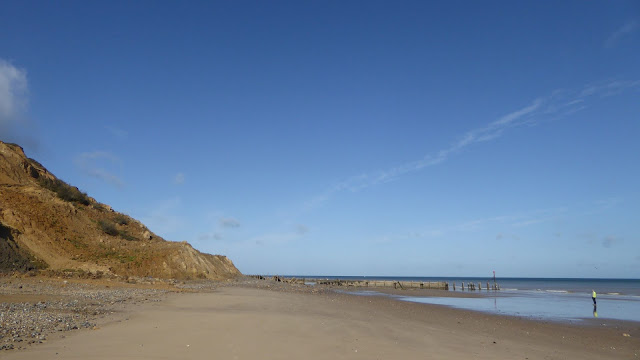 Mud slide! And, yes, of course I threw rocks in it (most satisfying). 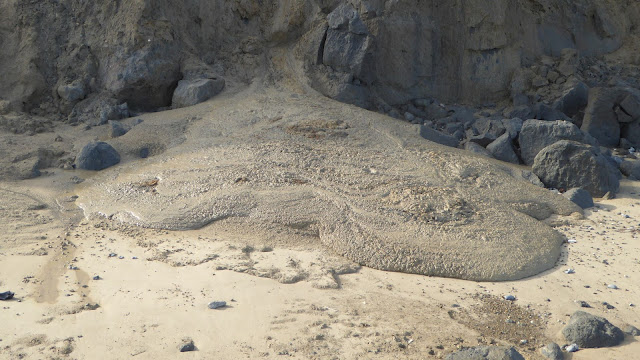 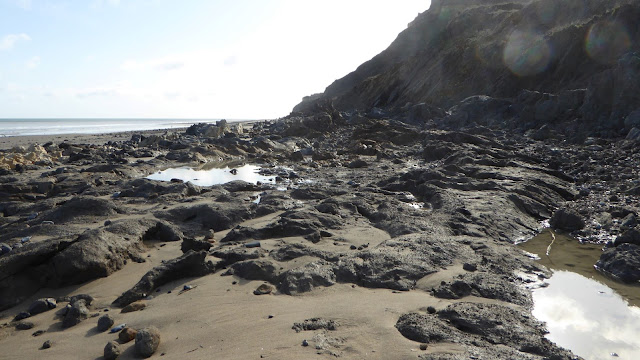 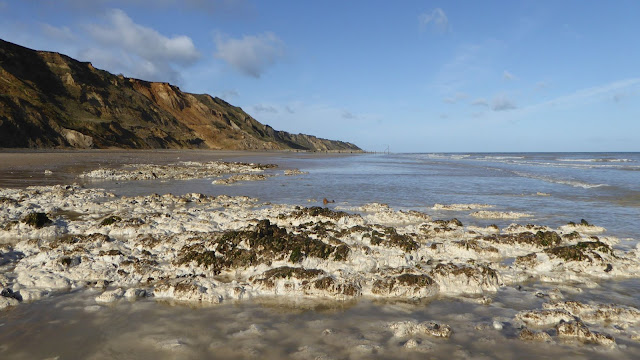 A belemnite handily pointing to the imprint of a fossilised shell 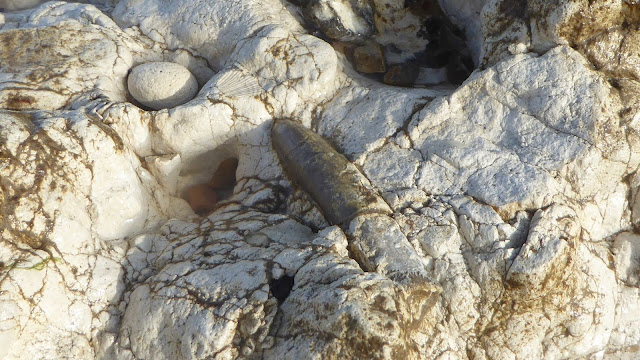 The End-of-the-Line surrounded by glassy sands 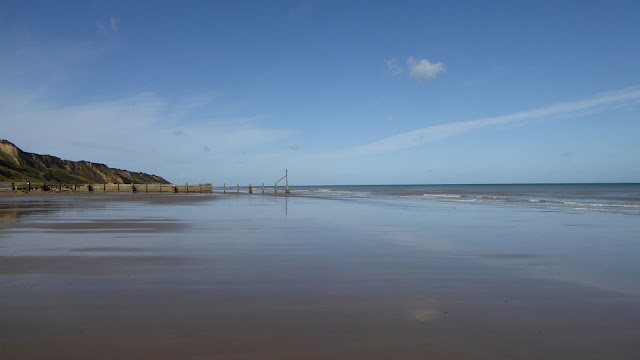 Oh, dear. The sea still hasn't cleared up all the mess from that big cliff fall back in June 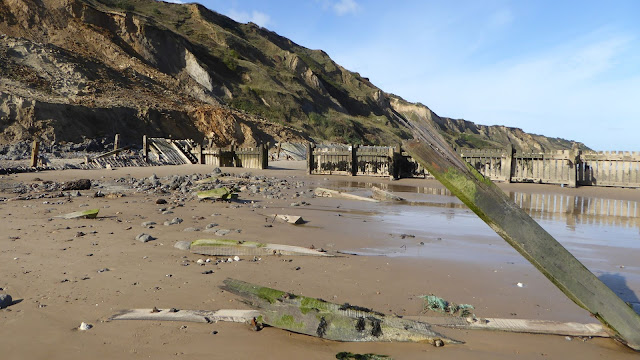 I think this might be some preliminary work before repairing some of the revetments? 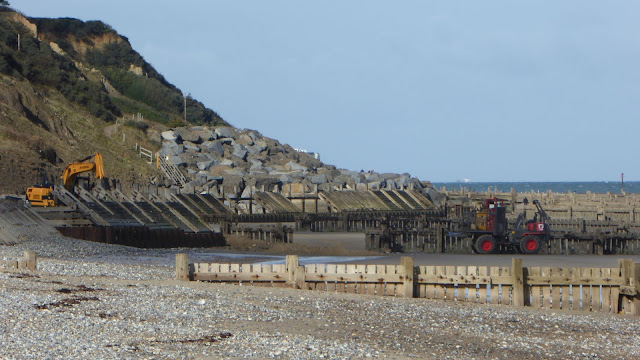 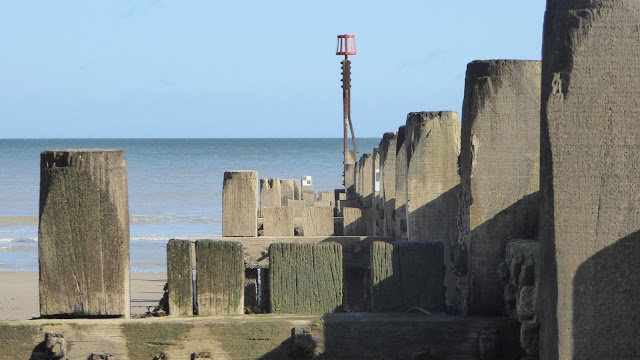 My stone spirals from the 5th October are still there! Sort of...
I think people or seagulls must have ruined the yellow one - it can't have been the sea as the black one (which is much lower down) is still in one piece (almost) 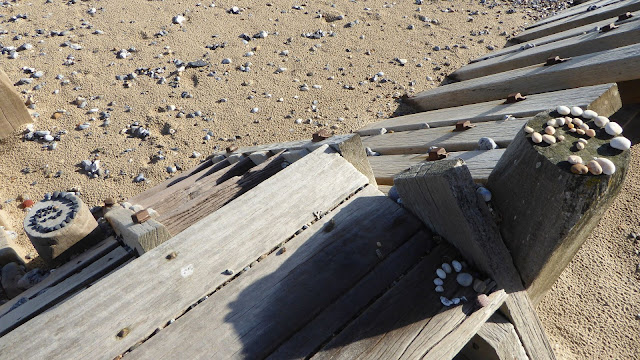 Fixed! (with another collection of stones) 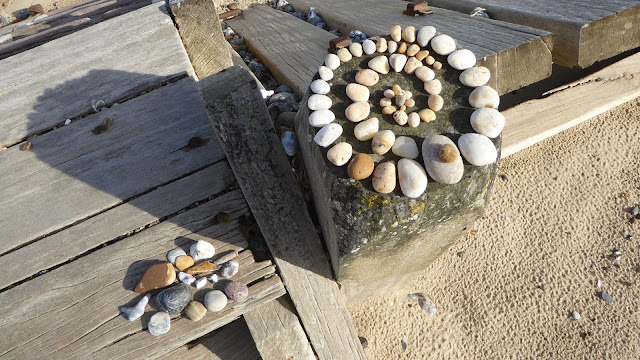 I couldn't lock this stone spiral into place as I couldn't find the key! 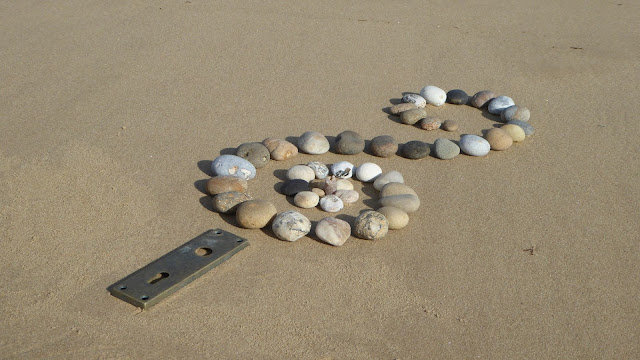 That oystercatcher is back... 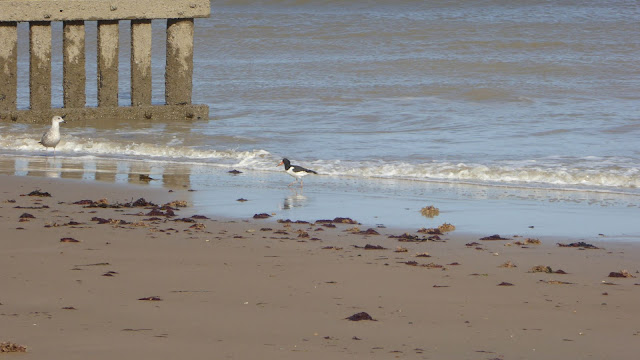 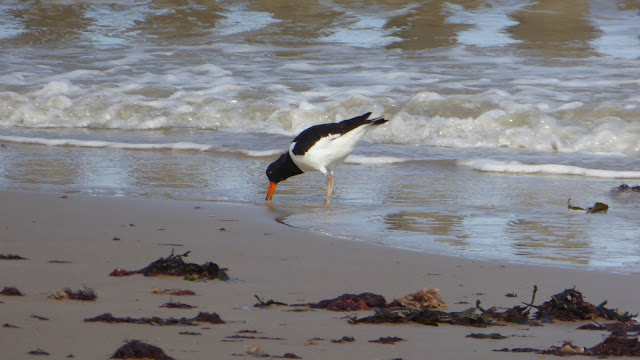 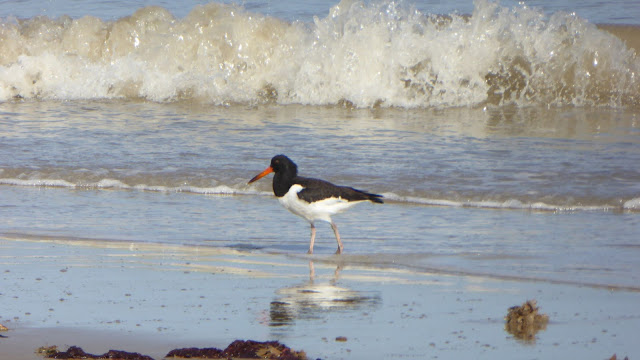 Posted by Inexplicable DeVice at 15:31