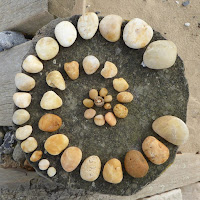 I thought it was about time we had another End-of-the-Line update, considering that the last one was nearly two months ago (plus, this will get rid of another draft post that's been languishing since 18th August).  Aside from the rapidly disappearing End-of-the-Line, the local geography/geology seems to be getting back to normal thanks to the high tides and rough seas scouring away the fallen cliff detritus.

This is a photo-heavy post so, like the last one, I'm not going to be doing much talking. 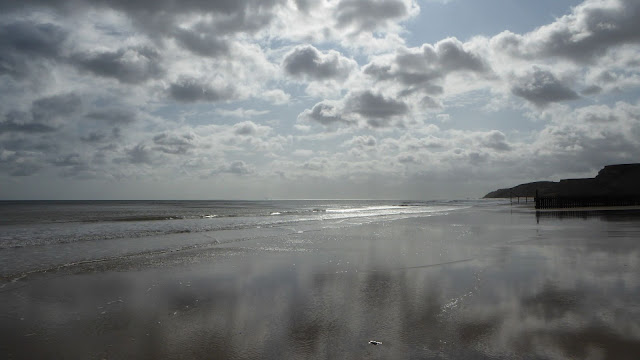 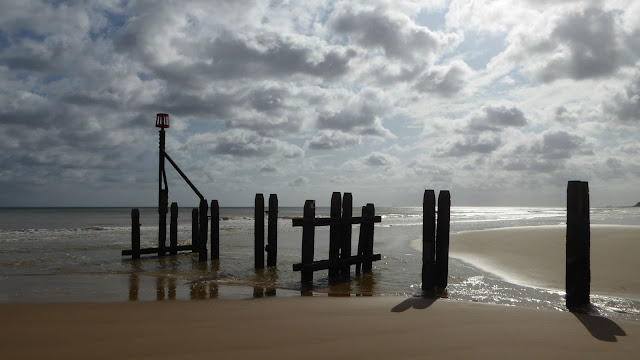 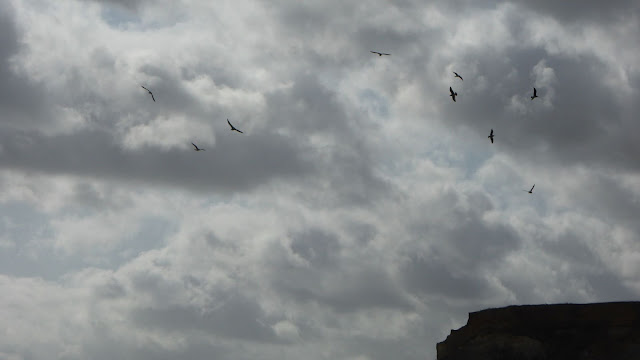 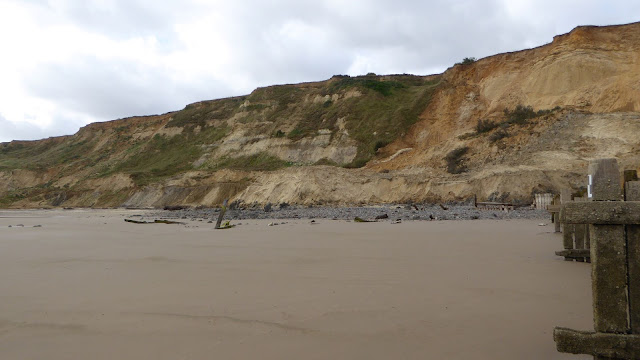 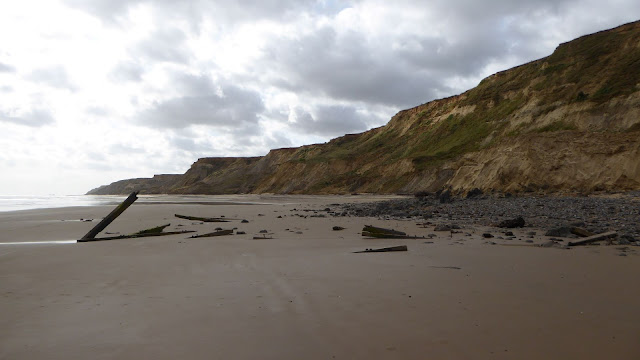 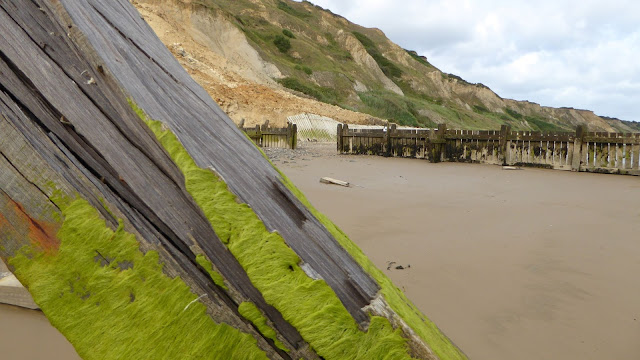 These from 17th August: 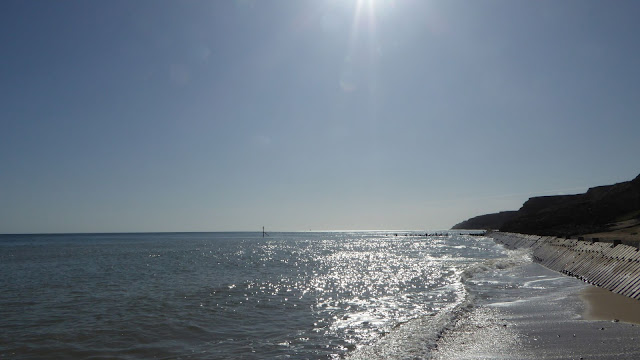 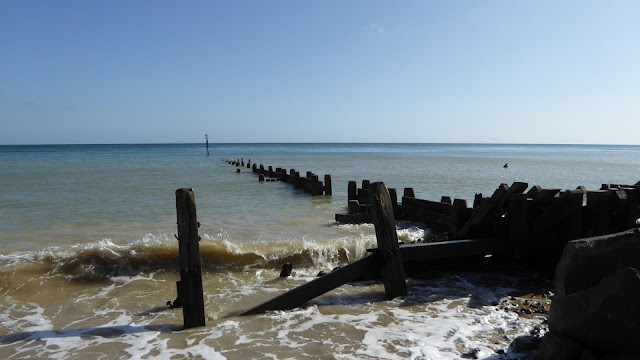 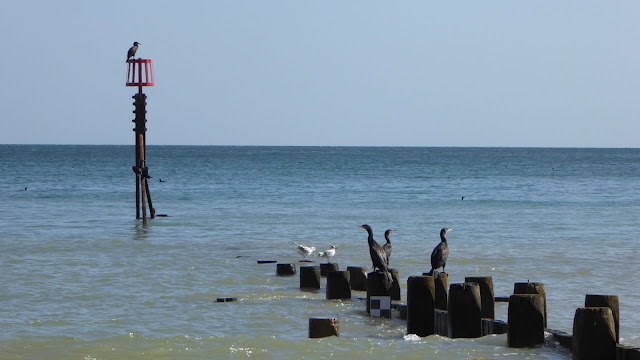 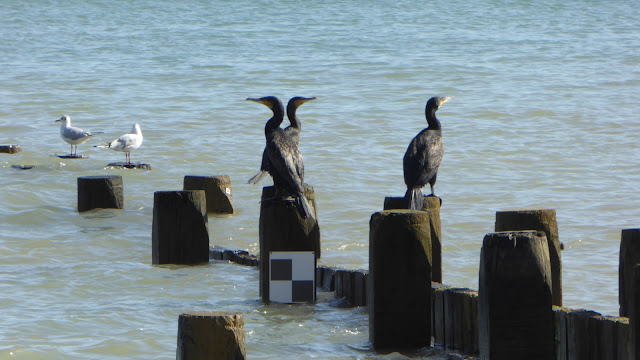 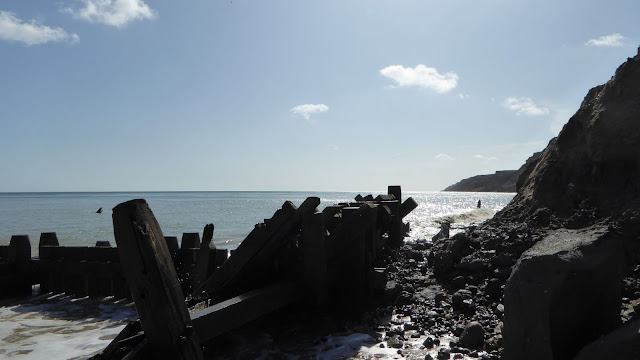 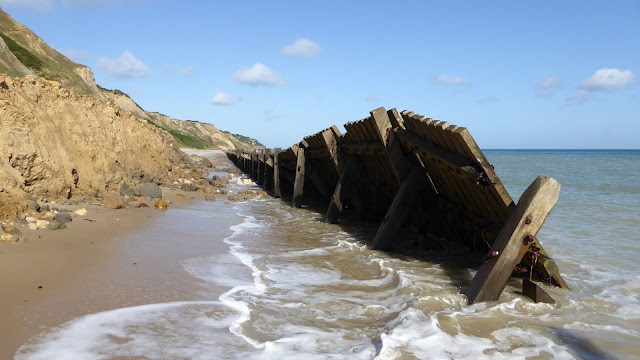 And, finally, these from yesterday: 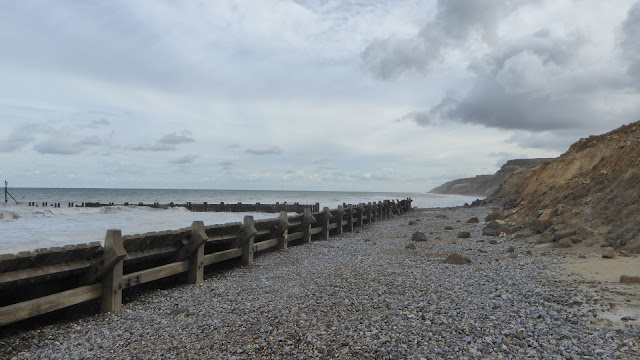 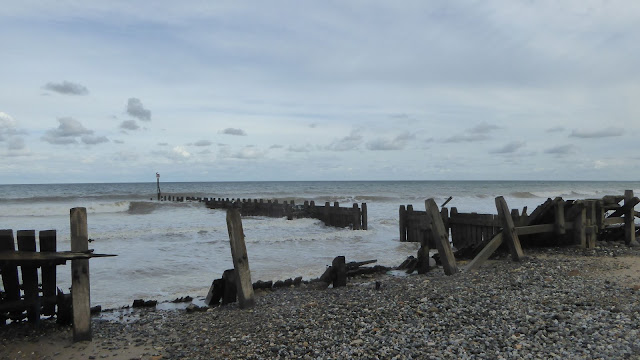 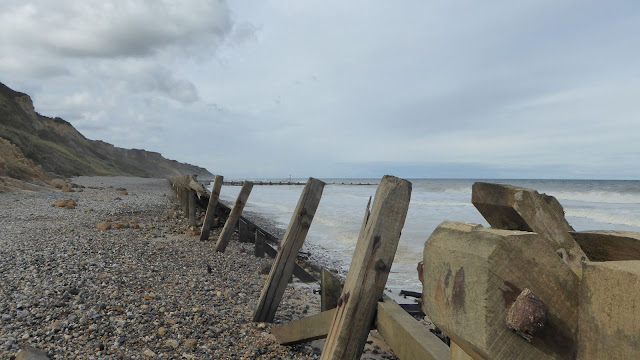 While I was down there, I thought I might construct another stone spiral or two... 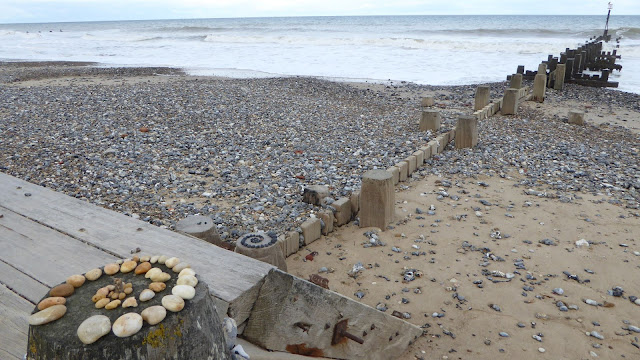 This yellow one is flanked by some interesting stones, including a fossil, a bit of sea glass, and what appears to be an ancient caveman carving in the biggest stone (it's probably not, though) 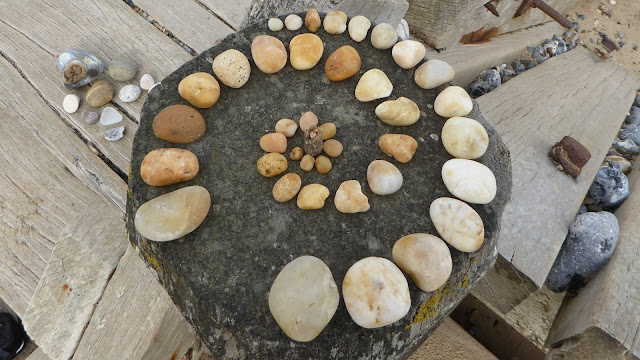 A black one with belemnites 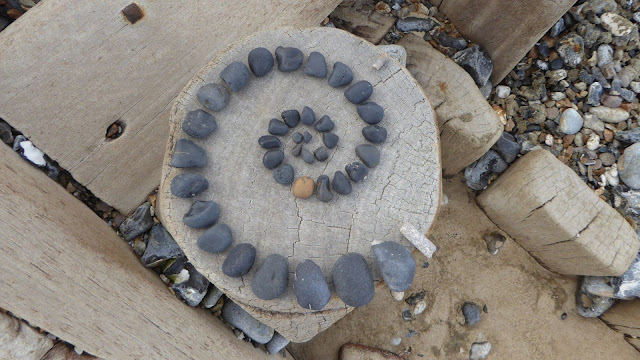 And, finally, the glamorous Vos Glamour (standing in for the gorgeous Vos Gorgeous which is currently off the north coast of South America, in the vicinity of Trinidad and Tobago, along with the fabulous - and super-gay- Vos Fabulous!) 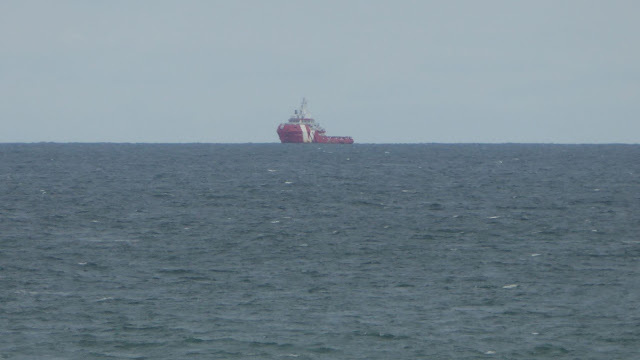 Posted by Inexplicable DeVice at 10:05