In the previous post, Mistress Maddie waxed lyrical about Magnolia trees and was surprised to learn that we have them here across the pond.  Well, after I'd finished replying to the comments, I went out for a quick walk around the village (also inspired by a Maddie comment from the last post in March) to get a snap of the Main Road's Magnificent Magnolia.
Unfortunately, the poor thing doesn't look half as magnificent as last year, as - in its exposed position - almost all of the flowers have been frost and wind-burned. 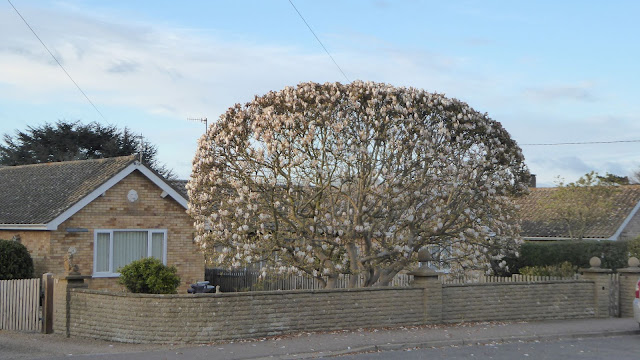 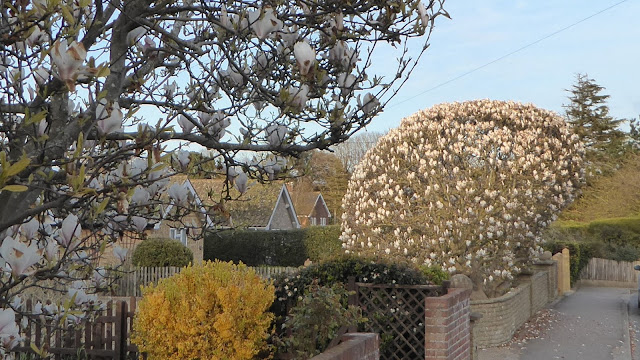 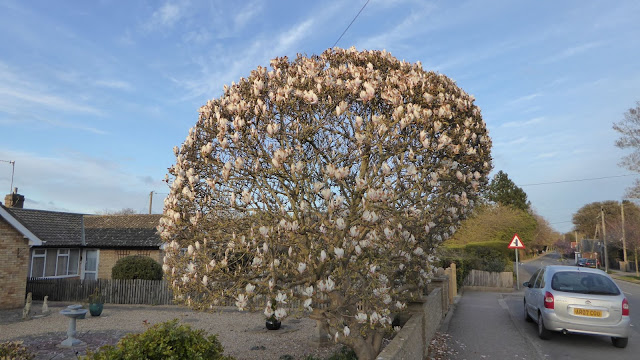 From the Main Road, I turned off down towards the sea and past the old family house where I grew up.  And what should be on prominant view in the garden?  Small Pink Bushes!
Obviously they're not a patch on Ms Scarlet's Big Pink Bush which I'm sure she's taken plenty of photos of ready for this year's Infomaniac Garden Photos Event.*  Haven't you, Ms Scarlet? 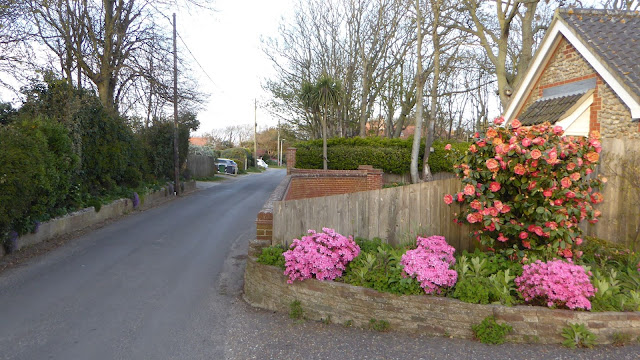 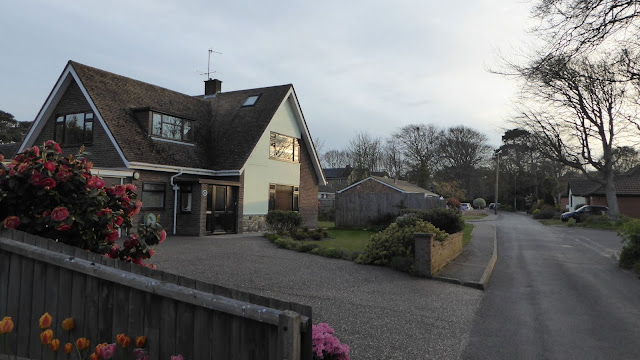 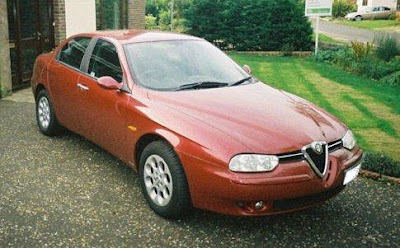 The childhood home hasn't changed much in 23 years (we moved in in 1979, I moved in out in 1998, and The Parents finally downsized a few years later) - the most notable difference is that the Leylandii hedge has been replaced with a rather bleak and austere looking fence (you can just see a glimpse of the hedge in this old photo featuring Car from some time in 2006).
I continued down the lane, passing the Electric Witch's cobblestone house which, if cleaned out and refurbished, would make a lovely - if rather bijou - abode.
The Electric Witch still lives there, though.  I can sometimes hear her humming as I go by... 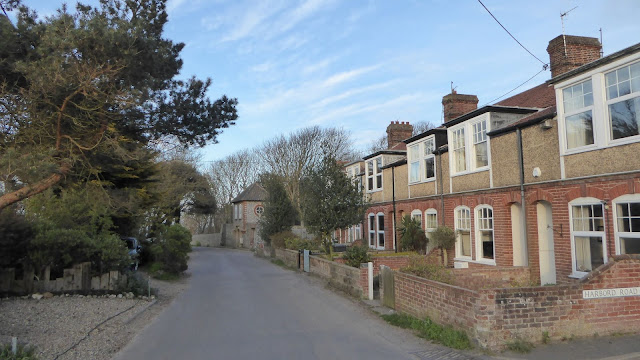 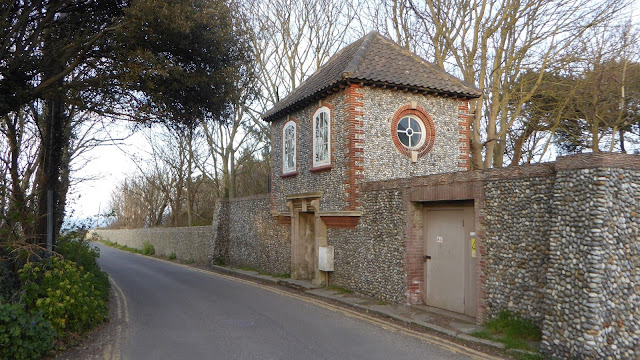 And then to the sea and the setting sun: 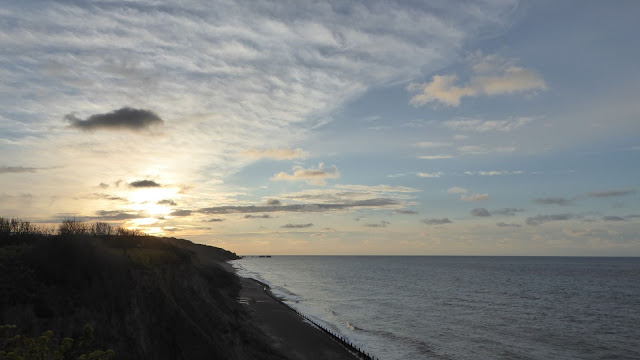 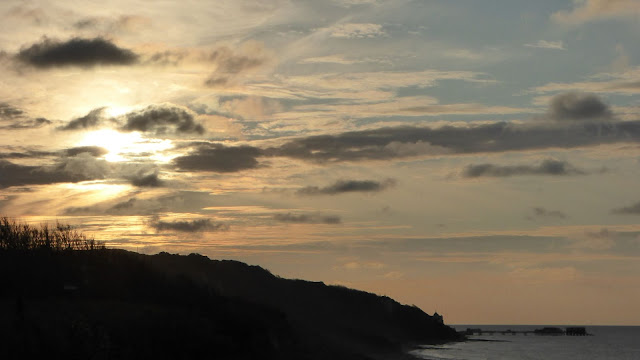 There.  That's the lot for April, I should think.  It's been a busy few days, with a few more coming up, but I'm hoping that next week will be a bit calmer, and that I will find some time to visit your blogs and actually leave a comment or two!

* For those who didn't click the link - as well as those who did but have forgotten what it was all about by now - The  I N F O M A N I A C  Garden Photos Event is not actually being held at The Very Mistress's anymore.  No, it's down to one of us to host it (like I did last year), so if you'd like to have a go, let me or The Very Mistress know, otherwise I shall host it again (which I'd love to do, to be honest, as I had such fun last year, but it would be good to see what someone else would do with it).

Posted by Inexplicable DeVice at 21:05

Labels: Blogorati, Car, I We Me Us, Ms Scarlet, Mythtakes and Leg Ends, North Norfolk, Not my usual fare, Time Displacement, Triffids and such, Very Mistress