A new day dawned and, as I was awake and it wasn't raining, I decided to go out on Broom to see the sun rise.  I hadn't taken Broom out for a spin in ages - Autumn and Winter are generally too windy, wet and cold - but as there was only the lightest of breezes and the likelihood of anyone seeing me several dozen metres up (because most people would be still in bed, or nursing hangovers from the night before) was slim, this was as good a time as any.

After some persuading, a couple of choice swear words, and a good kick, I eventually managed to get Broom airborne.  Then, after only a modicum of cajoling, I enticed it back down so that I could get on! 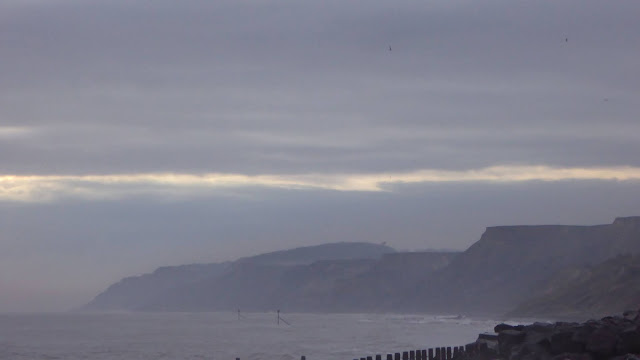 A rather wobbly ascent to clear the trees around Hexenhäusli Device, and a stomach-churning plummet over the edge of the cliff later, I managed to get Broom steadied just over the beach huts on the promenade. 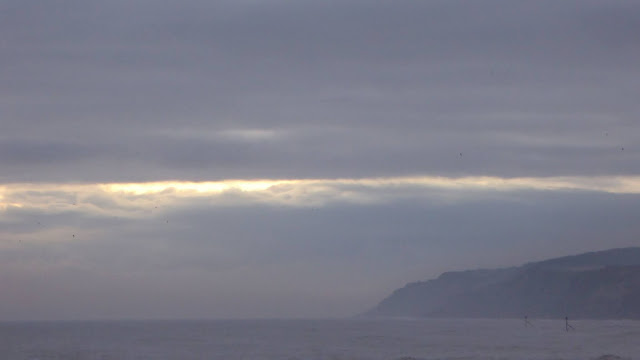 Once I'd swallowed my heart back down, I prompted Broom to fly out over the sea towards the - well, I'd like to say towards the brightening horizon, but as you can see, it was mostly all cloud... 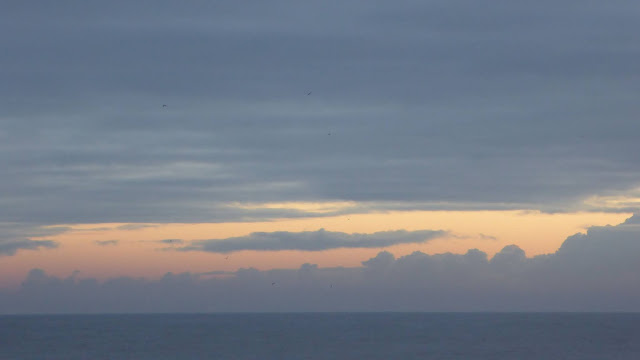 Further out it looked a bit more promising. 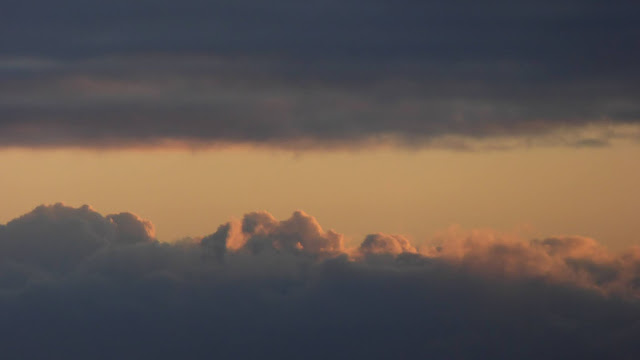 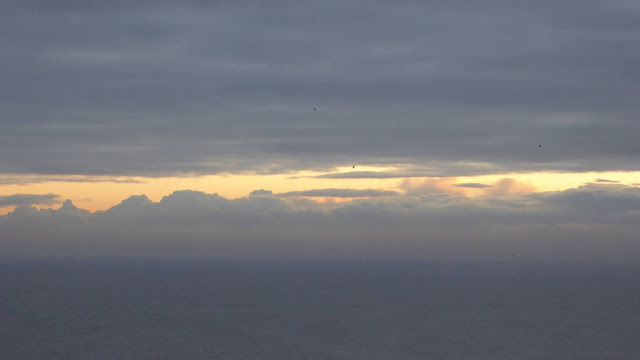 Except that Broom spotted some seagulls... 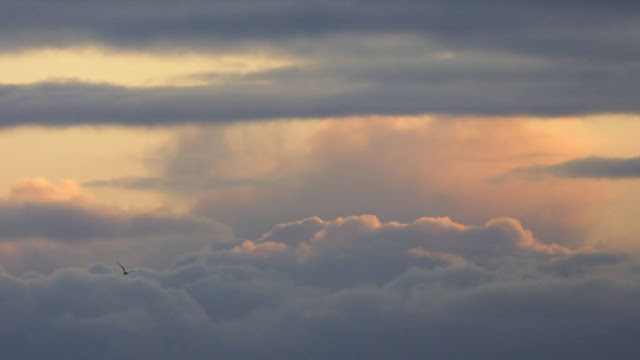 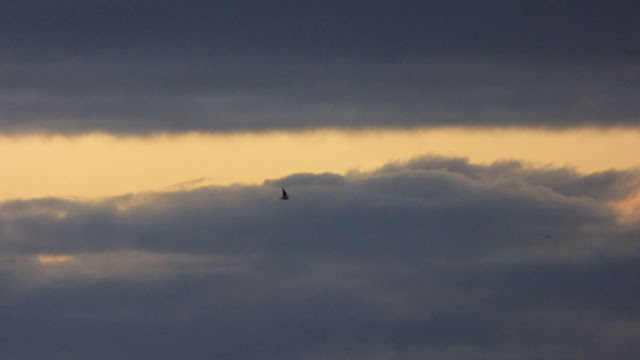 Despite much bristle-twanging and teeth-gnashing from me, Broom stubbornly tailed the oblivious bird.  Rather impressively, we actually started gaining on it, getting closer... 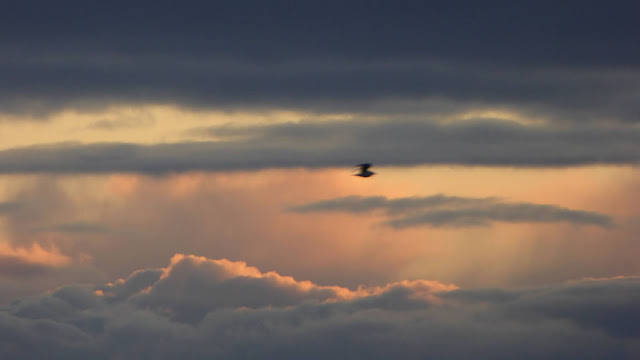 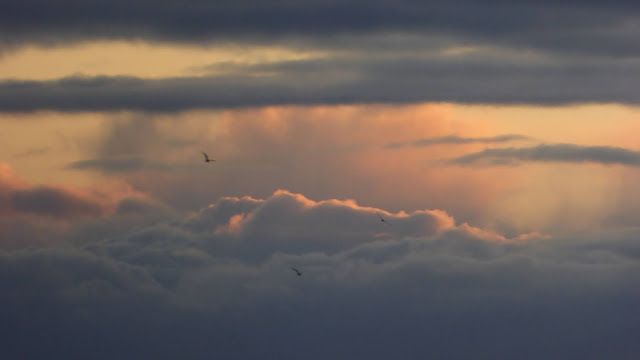 ... until it swooped over a cloudbank... 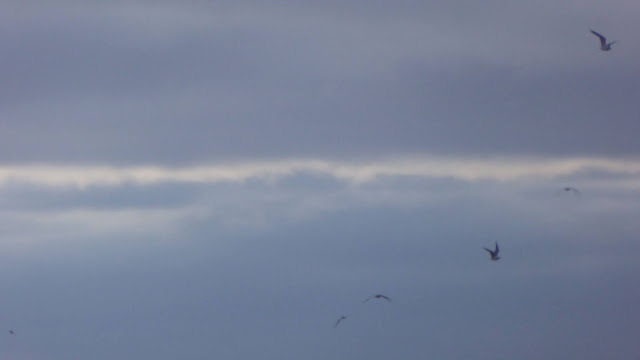 ... and we lost it amongst its brethren and sistren. 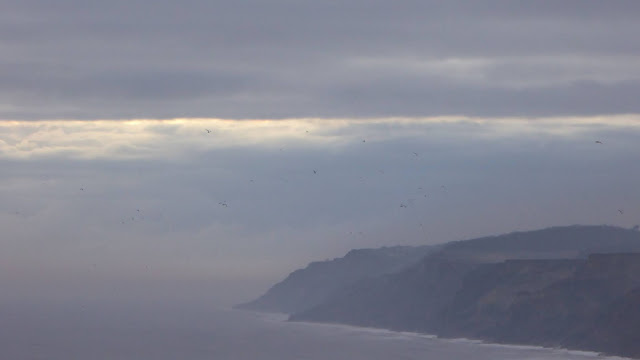 Undeterred, Broom sailed on.  I didn't mind at this point because at least we were headed back to land. 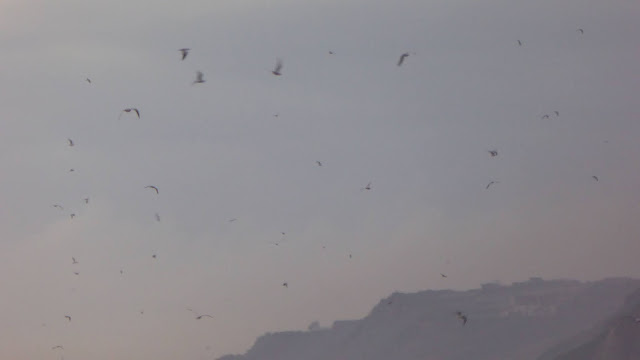 Except that it all got a bit Tippi Hedren!  With my hair messed up (I should have worn Hat), and coming close to losing an eye, I threatenend Broom with the box of matches that I had in my pocket (they're a last resort, but they always work) and we extricated ourselves from the flock and flew home. 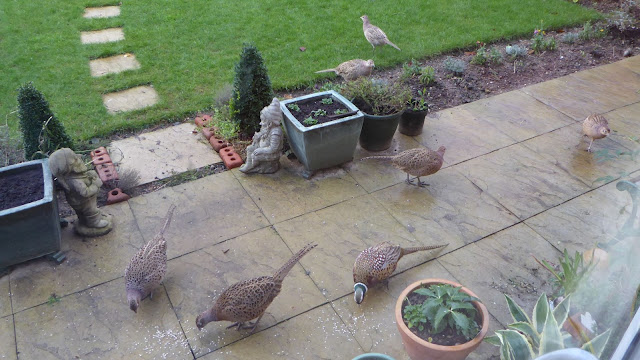 No escape for the wicked, though.  On the paysho was another flock.  However, this lot were just waiting for breakfast. 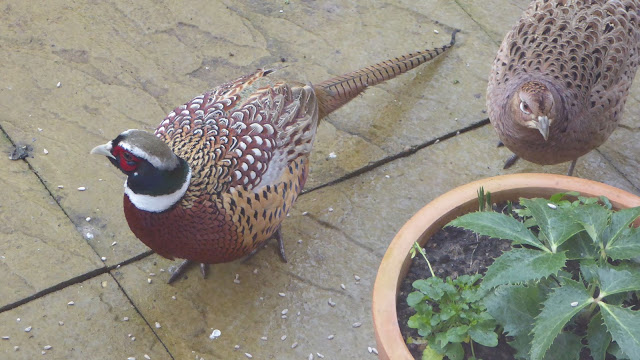 This is a new(ish) cock with the usual harem of hens.  I haven't seen the big, bronze cock for a couple of weeks or so - I wonder if he ended up as someone's Christmas dinner? 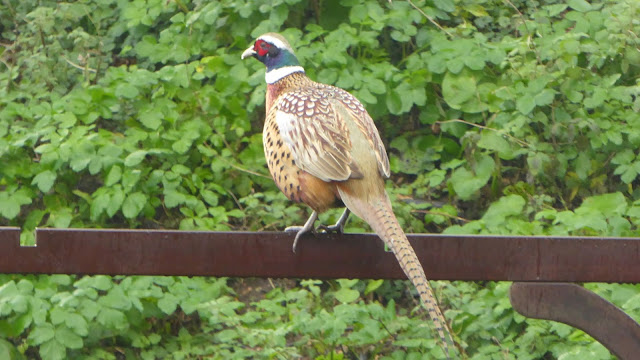 Having had his fill, he left the girls and flew up onto the swing seat... 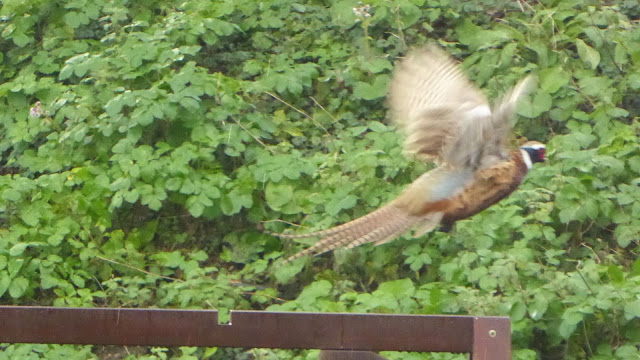 I hope your year started with less disobedience and knee-clenching?

Posted by Inexplicable DeVice at 12:32