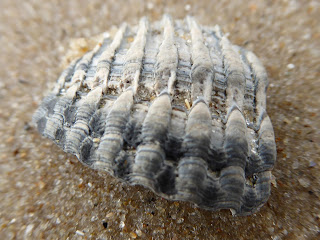 So, what have I been up to since The Year of Ferrero Rochering Dangerously ended and now?  (Other than that Tippi Hedren moment and Ms Scarlet's First Vinyl meme, of course - see previous post.)

Well, apart from work and wandering about the countryside surrounding Hexenhäusli Device, not a lot.  As these photos go to show...

First up from 27th December, the titular blue bottom and a load of clay: 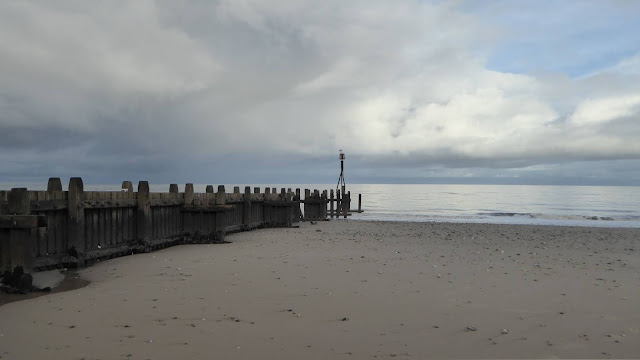 Near the end of the End-of-the-Line is a blue bottom! 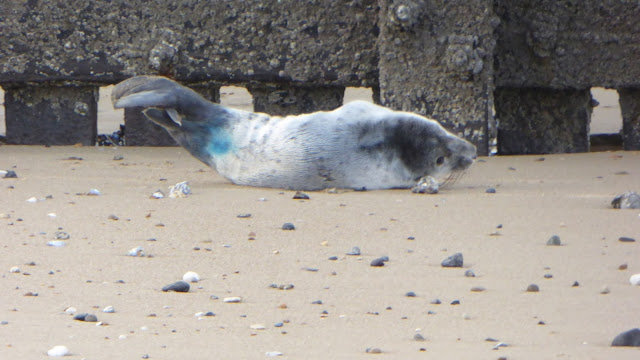 Don't worry, this photo was taken from quite a long way off.
This grey seal pup had just been disentangled from a discarded jacket, and was getting over the ordeal by lounging about waiting for its mum to return from the sea. 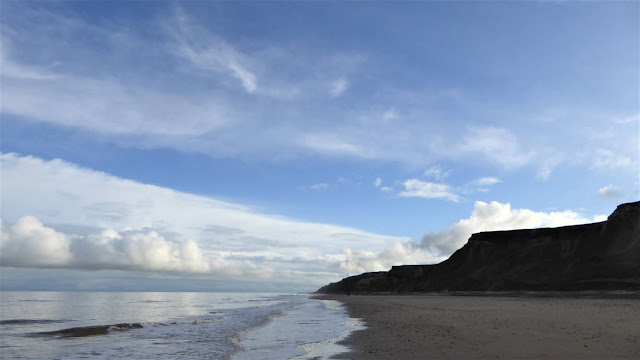 It's amazing what a difference a quick change in direction can make.  Looking east... 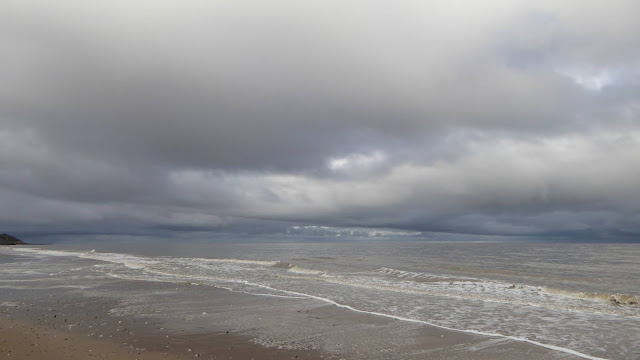 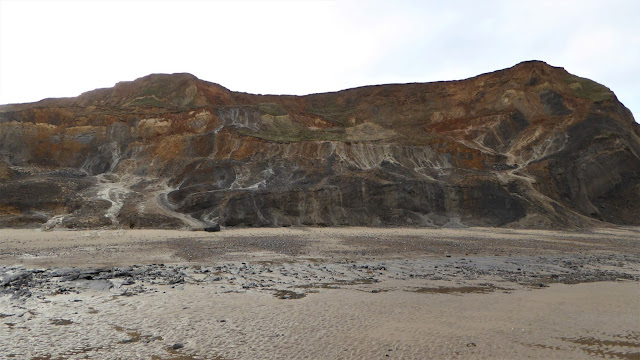 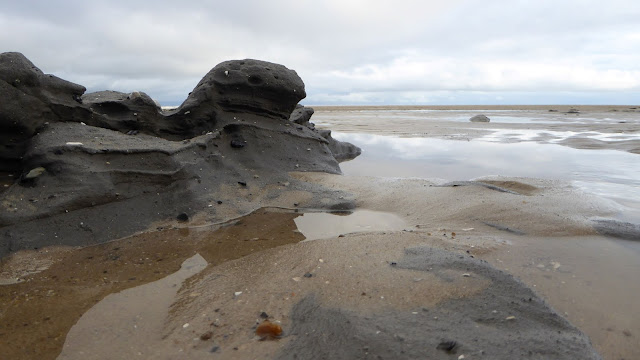 These final three photos from the 27th show exposed clayscapes 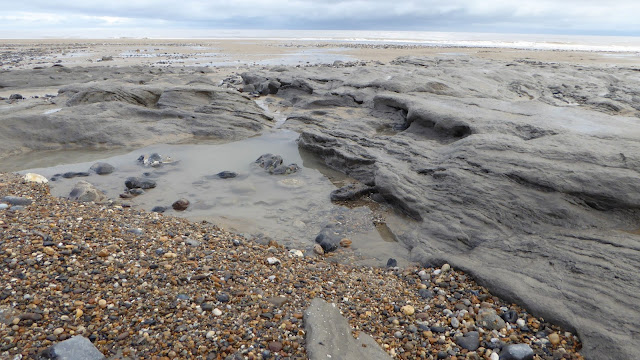 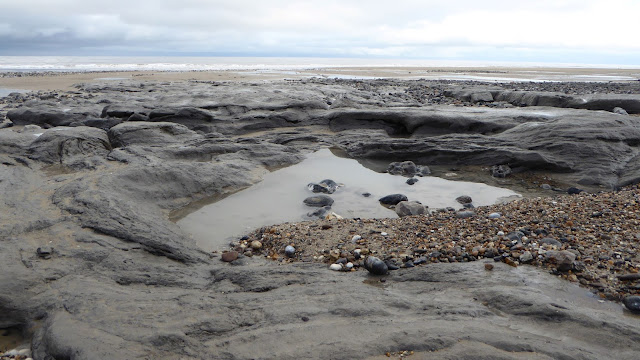 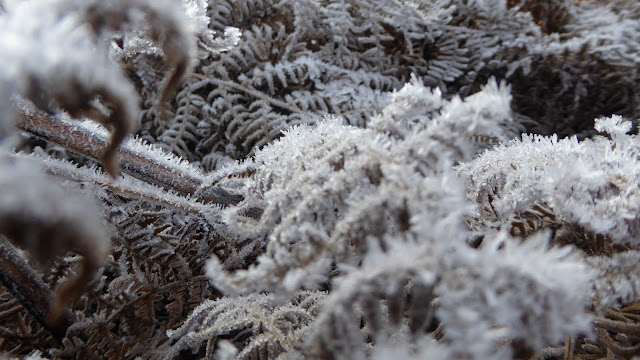 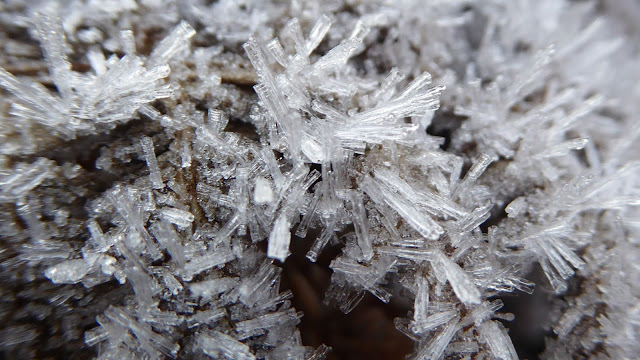 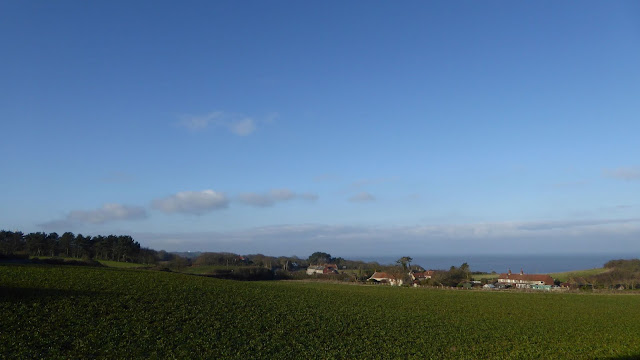 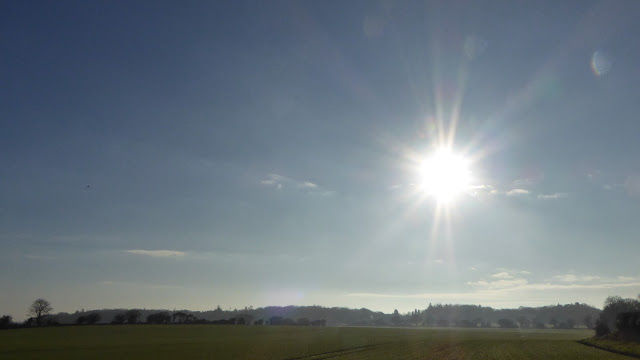 The view south from Hungry Hill 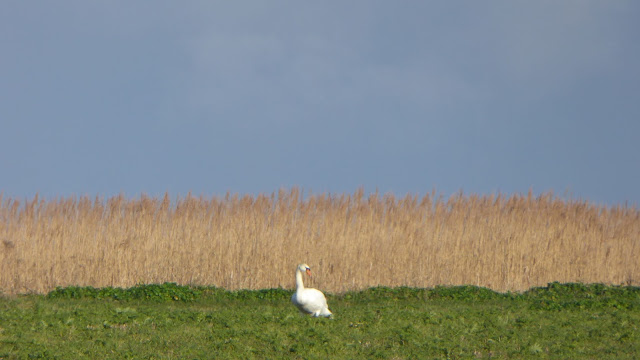 A rainbow struggled into existence for my walk down to the beach on 9th January: 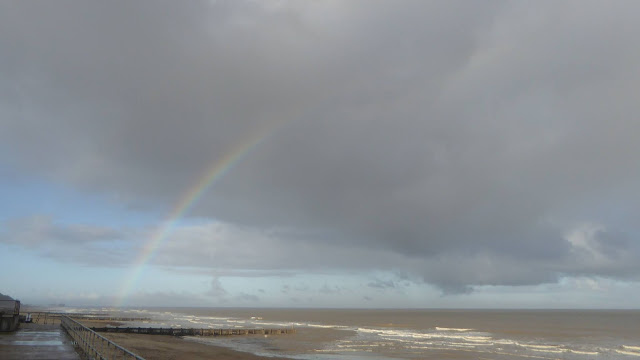 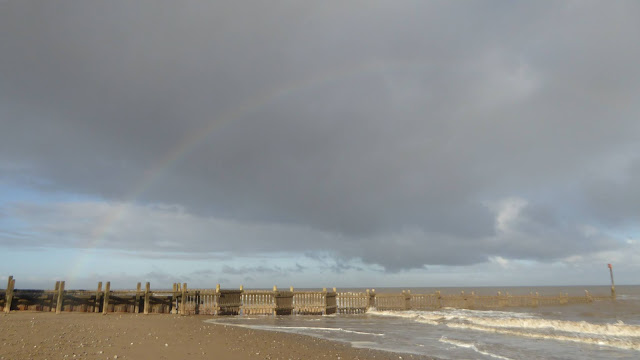 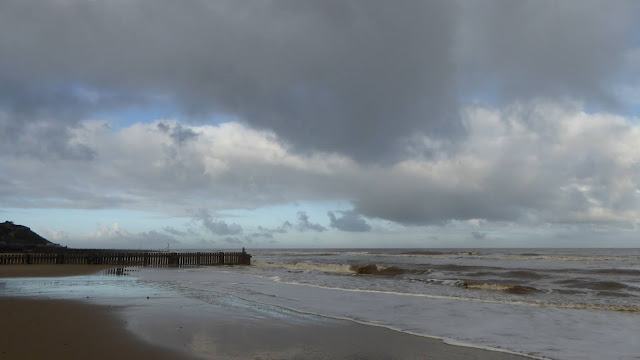 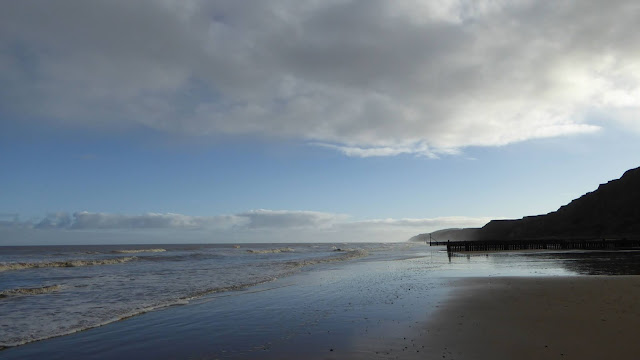 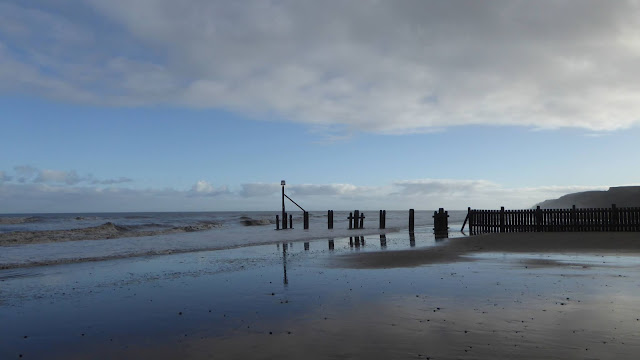 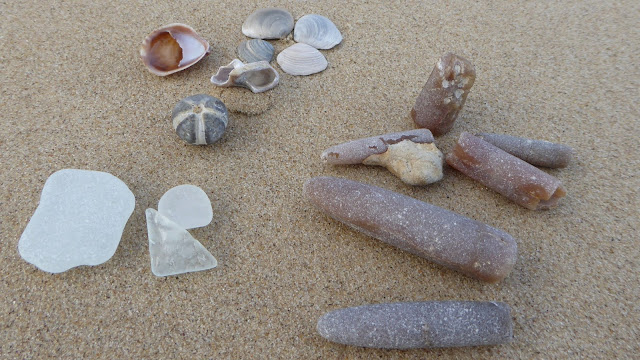 My haul from the beach: seaglass, a tiny fossilised sea urchin, some shells and belemnites

I wandered into Northrepps again on 10th January, but the only photo I took was of these two buzzards flying away over the trees towards Crossdale Street: 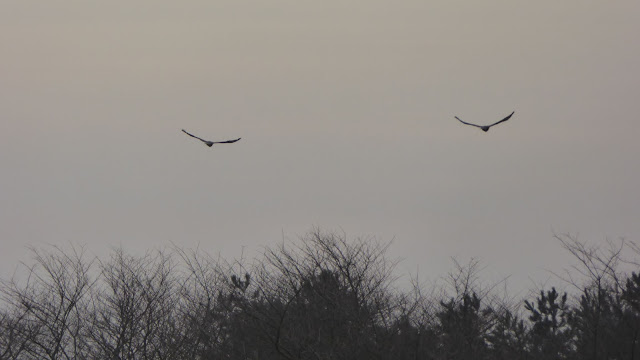 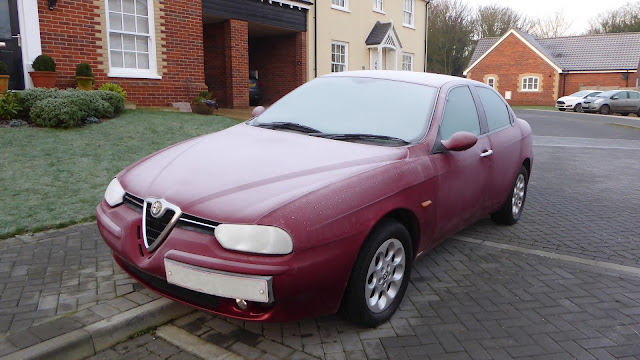 Car was a bit put out that Broom featured in a post recently (the last time we saw Car was back in March 2019) so to save arguments, here is a frosty Car outside Hexenhäusli Device
Posted by Inexplicable DeVice at 11:00