On Sunday, I made my way to Little Broad in Frogshall - somewhere I've been meaning to go for years, but have never got around to.  Until now.  Or then, rather.
Like many people-

Oh, gods, we're common!
Shush, you! Like some people, I'm drawn to water - particularly the less obvious (i.e. not the sea) freshwater streams and ponds that are tucked away in the countryside.  Even a big puddle can be fascinating!  But Little Broad, despite the name, is significantly larger than a puddle.

As you might have surmised, I took one or two photos while I was there, and here they are: 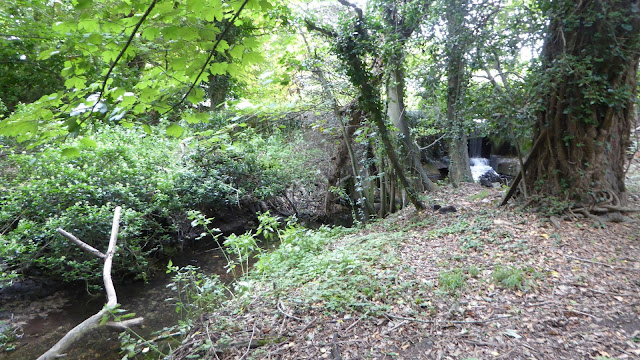 As I picked my way through the undergrowth towards the sluice gate, I startled two small deer - possibly Chinese water deer (they didn't have white bottoms, so not muntjacs) - but wasn't quick enough with Camera to get any photos. 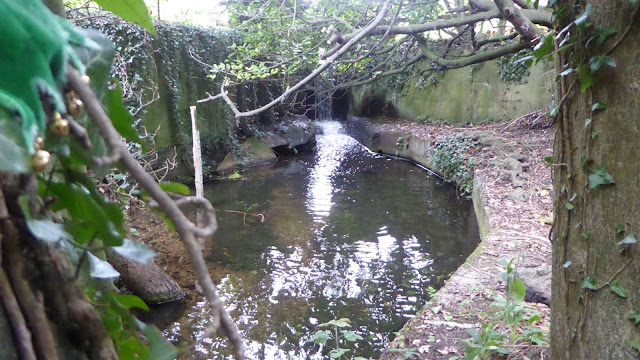 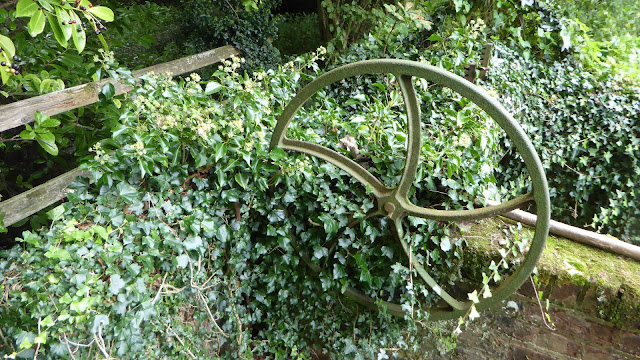 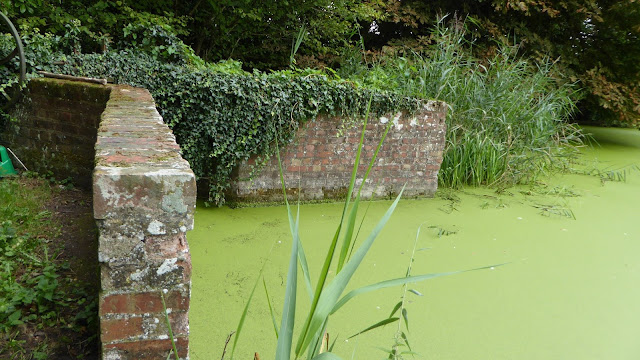 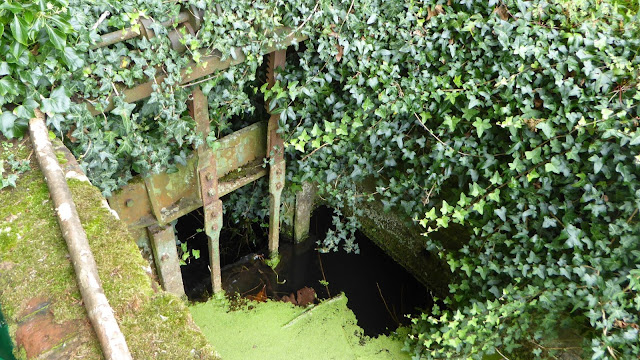 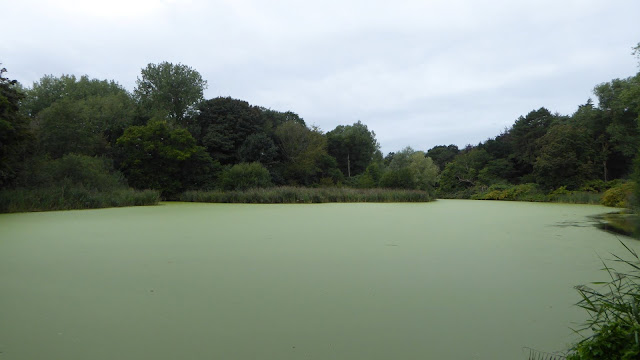 Above, from the sluice gate, is the view out over the duckweed-infested surface of Little Broad.  While there, through the greenery, I noticed a family of swans on the bank.
They swam out to see what I was up to as I made my way around the edge. 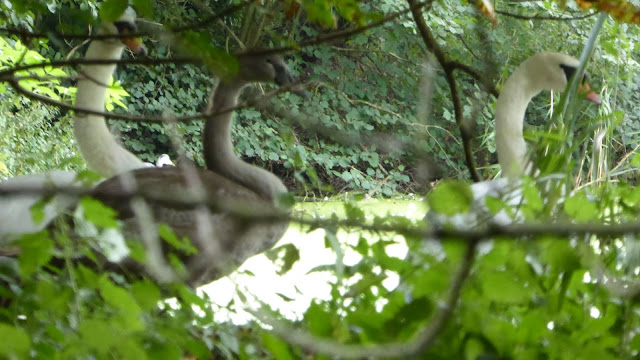 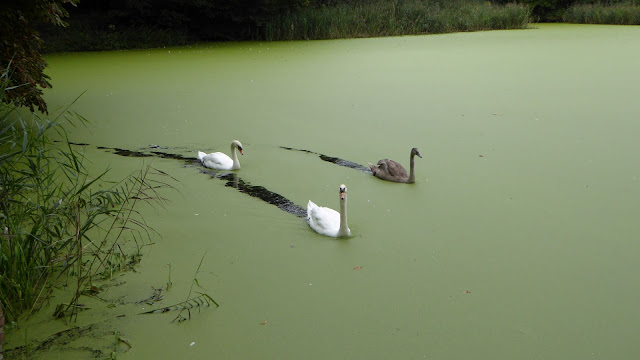 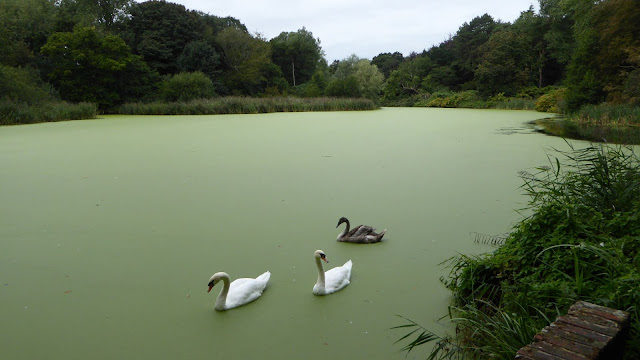 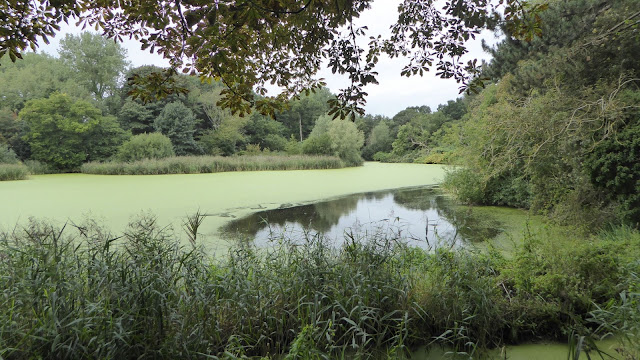 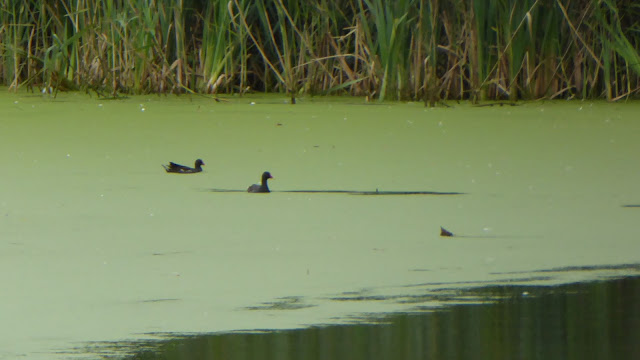 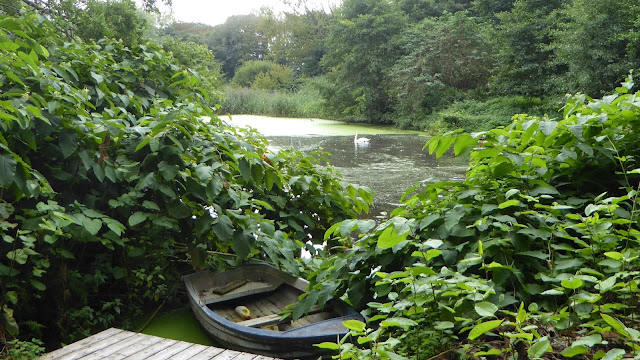 Nearly half way around, I discovered a small pier and boat almost overgrown by Japanese knotweed.  I also startled some ducks... 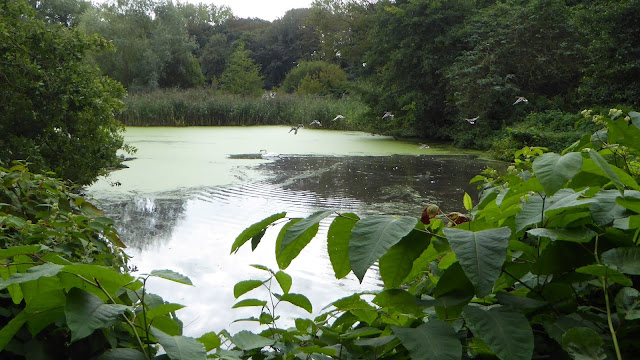 ... and a heron (just about quick enough to get this dark snap below as it flew off) 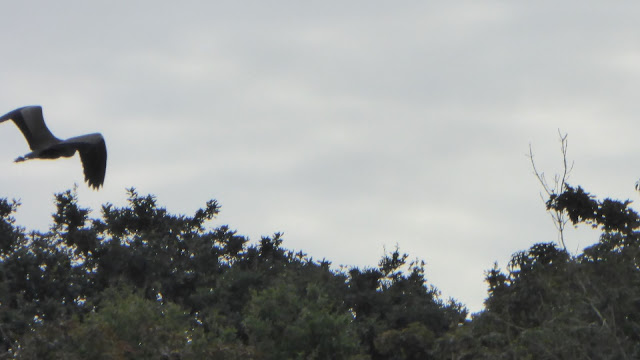 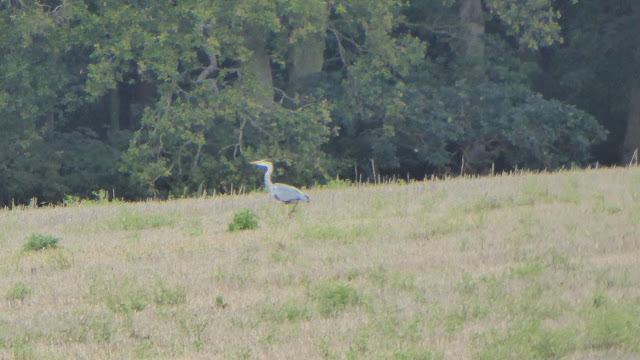 Once I'd made my way back to the road, I spotted two herons in one of the field drains.  They flew off once they clocked me - one landed in the field further away, while the other carried on flying towards the trees. 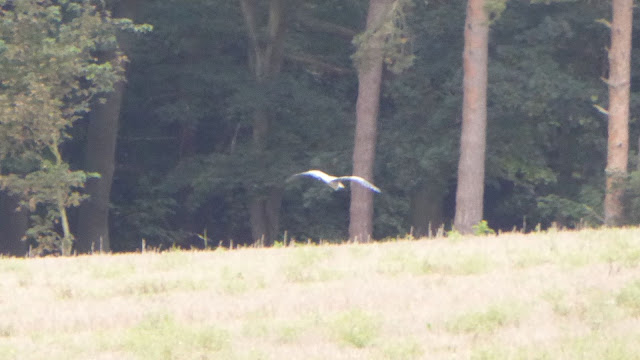 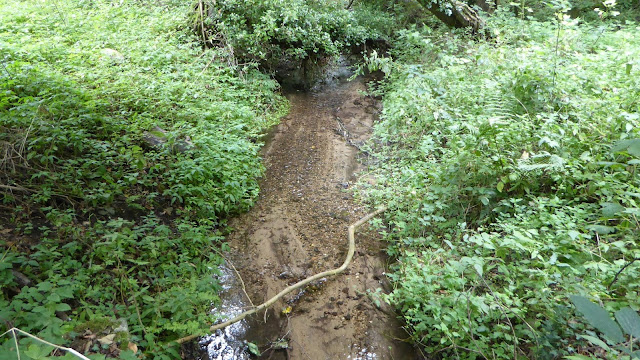 Here is the River Mun flowing out of Osier Carr and into The Grove (next to Gay's Plantation).  Despite hanging around for a bit, I didn't see anyone else - it seems I was the only Gay in the plantation. 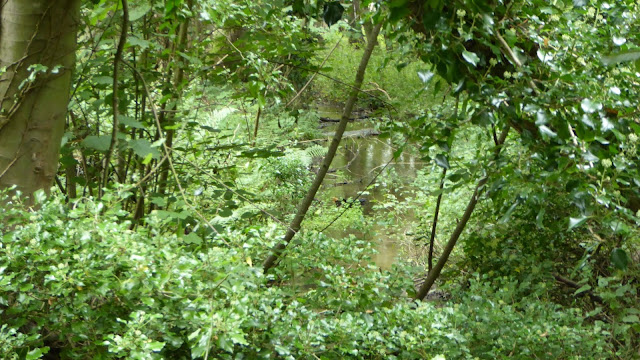 This time, I actually bothered with a map.  Although, I didn't realise until it was too late that I cut the bottom bit off - it was only a few red dots leading to Southrepps and back out again to Frogshall, so nothing too interesting. 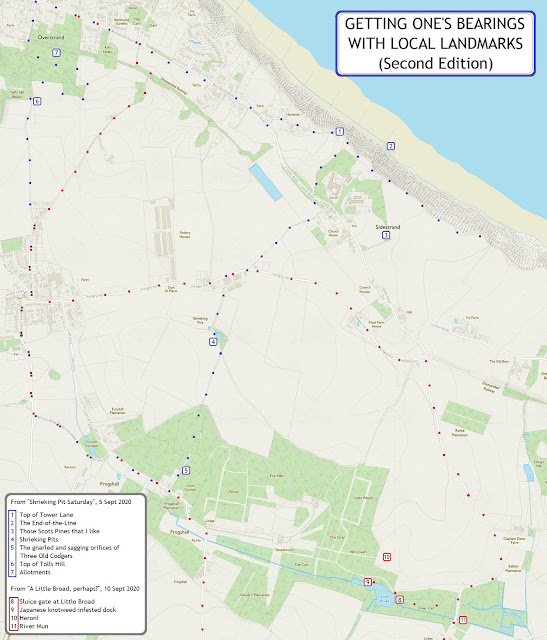 Posted by Inexplicable DeVice at 15:17

Labels: Boats, Freakin' Green Elf Shorts, I We Me Us, North Norfolk, Triffids and such, Wildlife