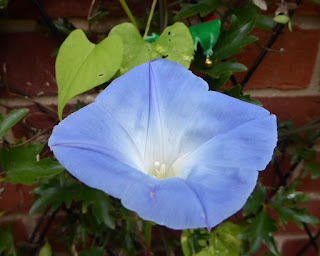 Before we get to the good stuff, first I must announce that one of my Ipomoea tricolor "Heavenly Blue"s has finally flowered!*
I have been envious of Jon's and Madam Arcati's displays for the last couple of months, but now, at last, I have my own Morning Glory!

* Of course, had I sown the seeds back in March/April instead of at the end of May, these blooms would have come out that much earlier.

Anyway, here's what you came here for: warm, wet groynes with a sprinkle of winkles! 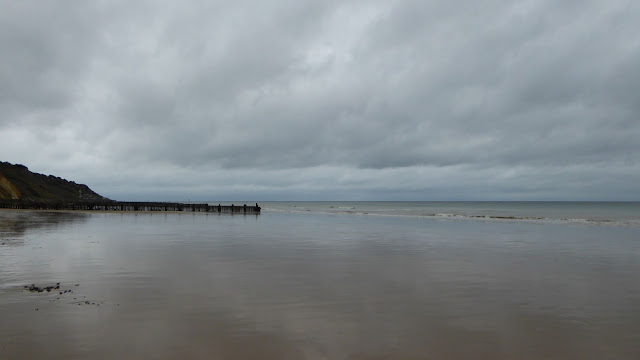 I haven't managed to have a swim for two weeks as the weather has been appalling.  With temperatures only just scraping into the mid-teens at the beginning of this week, and more moisture coming from the sky than in the sea, it just hasn't really been conducive to going outside, nevermind going for a swim.
But today was different.  Although overcast and damp, the rain finally let up mid-morning, and with the temperature back up to about 20° so I took a chance and wandered down to the beach with my swimming kit. 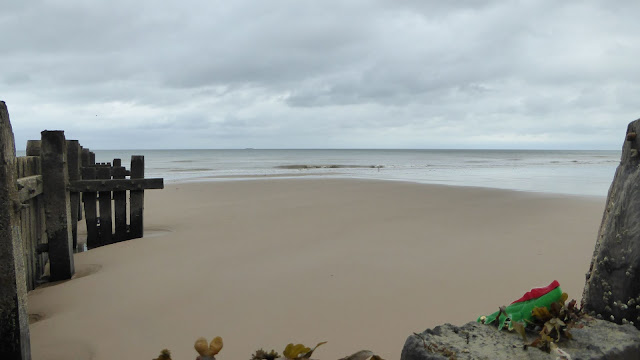 Above is my chosen swim spot.  The good thing about the terrible weather is that there was barely anyone else around, so I didn't have to go quite as far to find a secluded part of the beach.
However, I did have to share with some winkles... 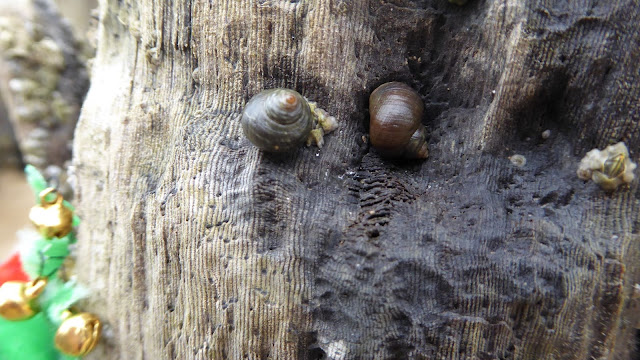 These winkles like to get into every nook and cranny! 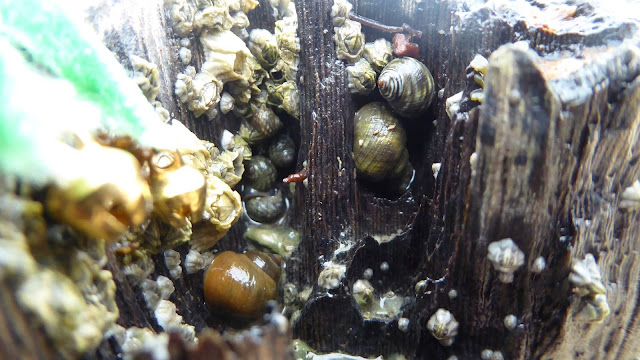 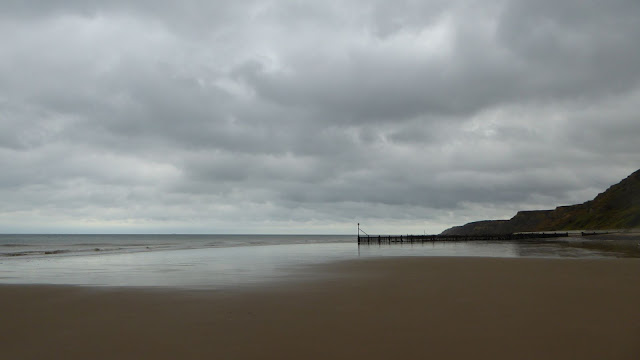 Posted by Inexplicable DeVice at 14:45