A suspicious looking package arrived for me yesterday.  It wasn't delivered by my hot, surly postman either.  Rather, it must have been delivered to my doorstep at some point during the night, as it was loitering (possibly with intent) near my globe topiaried potted box (Buxus) when I opened the door first thing in the morning.
Rectangular, and wrapped (somewhat sloppily, it has to be said) in brown paper, the package was unadorned with postage stamps, a name or address.  Instead, in thin black ink scratched across the lower right corner was inscribed: "To, The Witch".  There were no other markings except for a couple of greasy finger and thumb prints, one of which had a rime of some yellowing creamy substance (I'm hoping it was only cream) edged with a dark red - almost black - sticky material (some sort of jam, maybe?).
Anyway, I reluctantly brought it inside and put it with three unopened envelopes, assuming it too was intended to be opened on Sunday.

This morning dawned, like many, many others before it and, after a cup of coffee and a jelly baby or twelve, I opened the package.  These are the items that were inside: 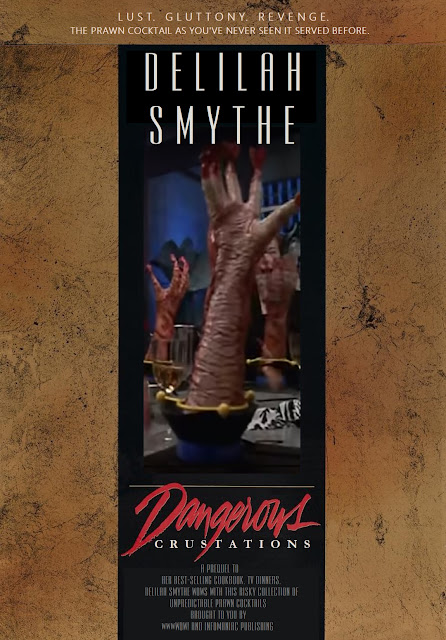 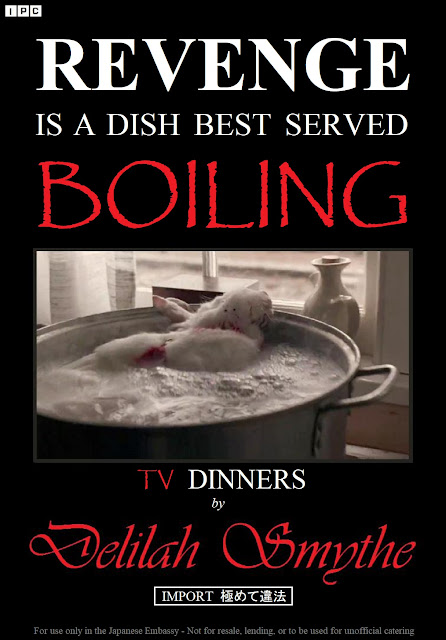 Three Delilah Smythe books!  A spectacularly illegal copy of her autobiography-cum-recipe book, "Revenge Is A Dish Best Served Boiling" (known as "TV Dinners" in most markets) sandwiched between her recent prequel "Dangerous Crustations", and what appeared to be a forthcoming sequel with a Black Forest gateau theme (with a very familiar looking cake on the cover)!

Who would do such a thing?  Who would send me copies of that spiteful, plagiarising, foul-mouthed cow's contemptible books??   I have to find out.

But not now as A Write Panic has begun and I need to think up a continuing story!

Posted by Inexplicable DeVice at 18:36