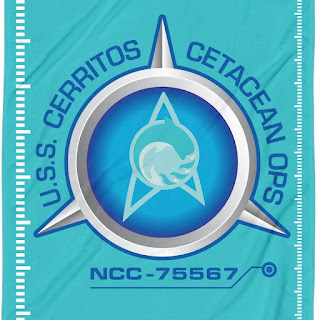 It's happened! It's finally happened!!  After over 30 years since its first mention in televised Star Trek (TNG's "Yesterday's Enterprise" in 1990), cetacean ops (operations) has made it on screen in Lower Decks' final episode of season two, "First First Contact"!

Cetacean ops is an area aboard Federation starships (and spacestations as well as planet-based facilities, I shouldn't wonder) for crew who prefer a certain moistness, i.e. being submerged.  In the Star Trek universe, whales and dolphins are sapient (as I'm sure they are in our universe, but getting the majority of humans to recognise that is a topic for another place & time) and seem to enjoy the same privileges as other sapient beings, including joining Starfleet and serving on a starship.

In Lower Decks (LDS), as with the Star Trek The Next Generation Technical Manual, and the USS Enterprise NCC-1701-D Blueprints, the cetaceans (beluga whales in LDS, and dolphins & Takaya's whales (a type of Orca] in the TNG tech manual and blueprints) are navigation specialists.

Here are some screenshots I took of USS Cerritos' cetacean ops from "First First Contact" (owner/creator ViacomCBS) - minor spoilers ahead for the episode: 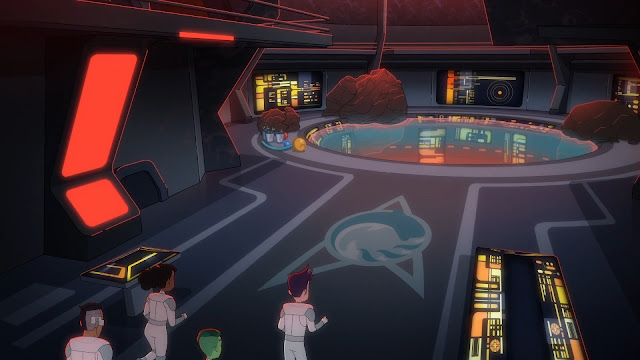 The Lower Deckers - Rutherford, Mariner, Tendi, and Boimler - enter Cetacean Ops.
The logo on the floor seems to be inspired by the Cetacean Institute logo (from ST IV: The Voyage Home) which was itself just the logo of the Monterey Bay Aquarium where the Cetacean Institute scenes were filmed.
Note the balls, foam swimming noodle, and buckets of fish on the left.  Those whacking great rocks on the edge seem to be a nod towards a more natural work space. 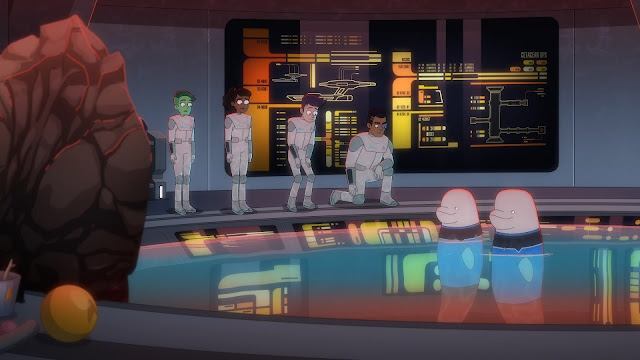 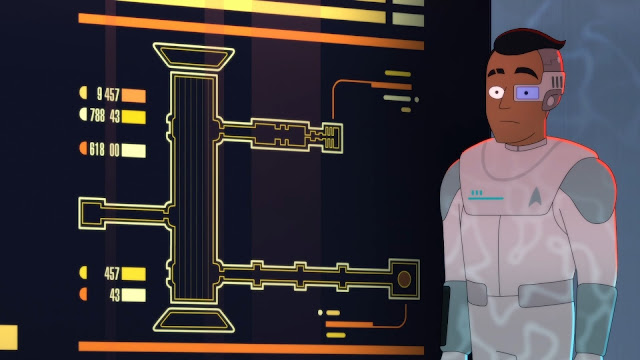 Graphic of Cetacean Ops showing the vertical main tank and adjoining hydrotubes.
Rutherford looks a little glum because he doesn't have time to go skinny-dipping with Kimolu and Matt (more further down).
I'm guessing that this isn't the full exent of cet.ops, and that we're only seeing the 'ops' bit. Those tunnels that branch off the main tank probably lead to stellar cartography & navigation labs, communal spaces, plus Kimolu's & Matt's (and any other cetacean crewmembers) living quarters. 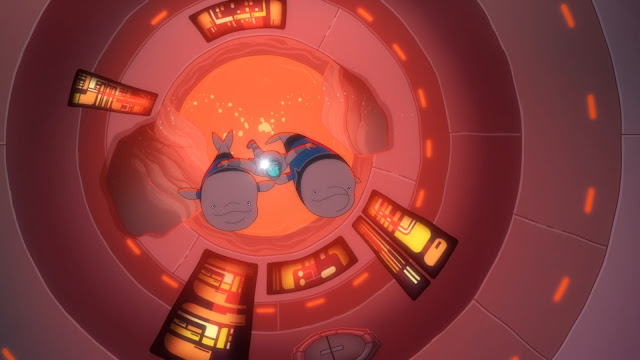 Matt and Kimolu take Boimler down to the bottom of the main tank.
The interface consoles have large LCARS displays suitable for manipulation with pectoral fins and/or beaks. 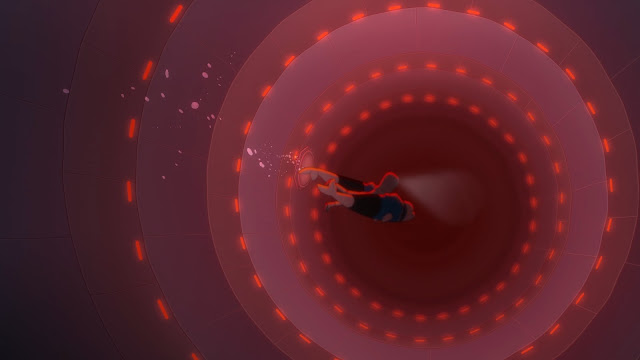 Cetacean ops seems to span quite a few decks.  As the lower levels seem to be bereft of any interfaces or other features, I imagine that it can serve as a holographic environment for navigational research purposes (a bit like stellar cartography aboard the Enterprise-D in the movie Generations). 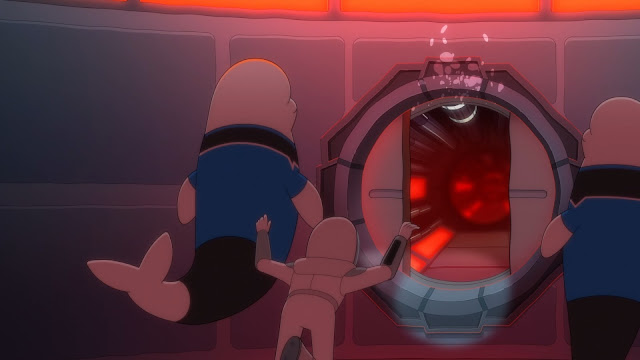 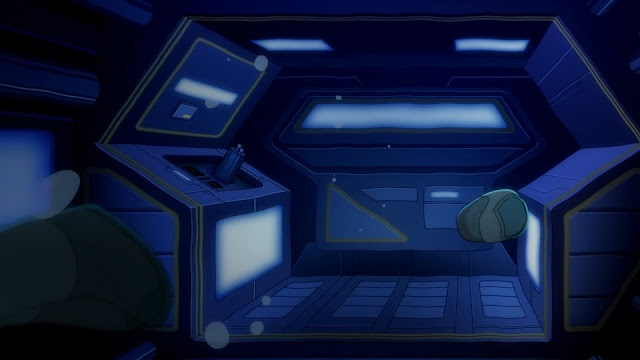 At the end of the hydrotube is the filter nodule which, amongst other things, contains the control node for the manual access clamps (that enable exterior hull plates to be jettisoned). 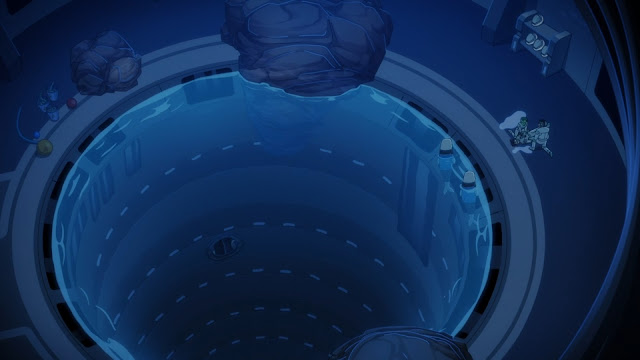 Power's out, but this is a nice overhead view of cet.ops.

Just like with certain other cetaceans, Kimulo and Matt are all for some fun sex play, and Rutherford is a particular favourite of theirs it would appear (and who can blame them!): 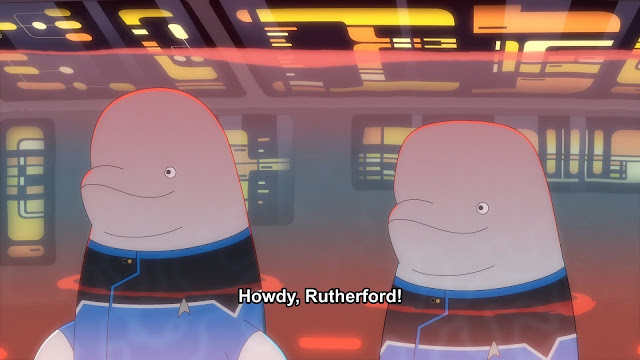 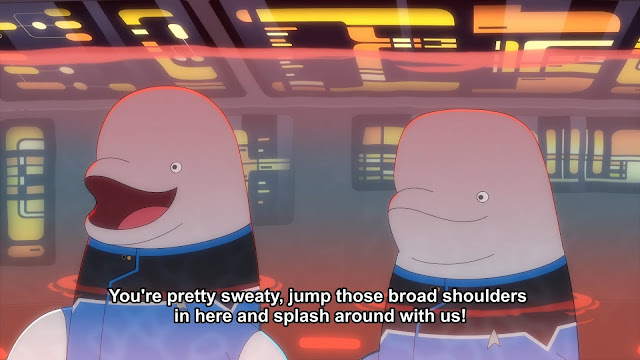 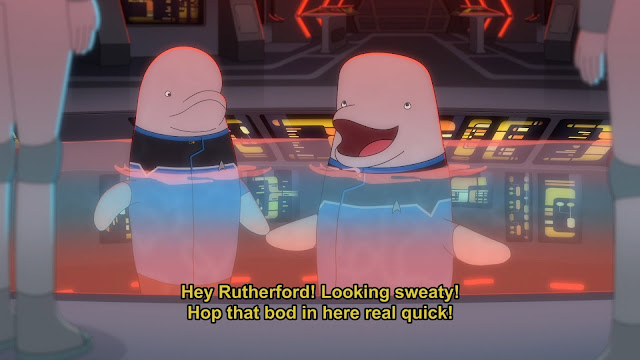 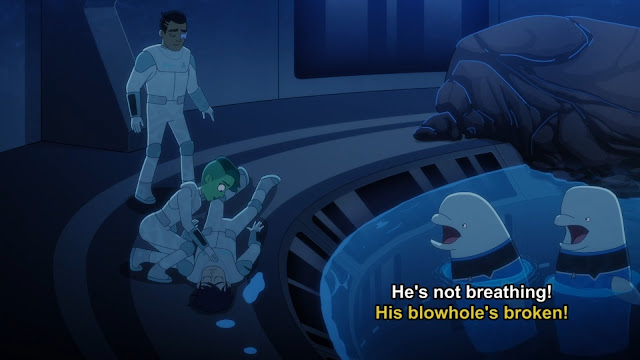 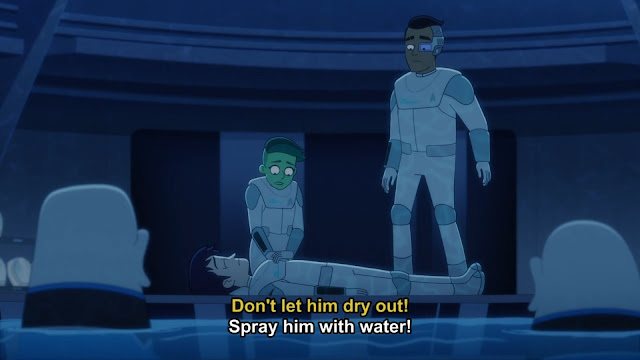 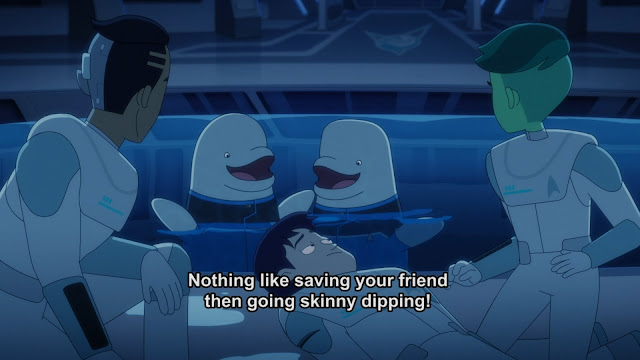 As we didn't get to see it in the episode (due to heroics and timing), here's my interpretation of how the fun times could have started: 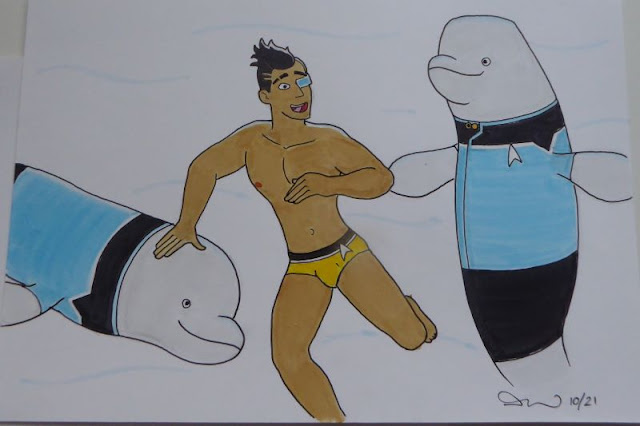 Posted by Inexplicable DeVice at 18:20