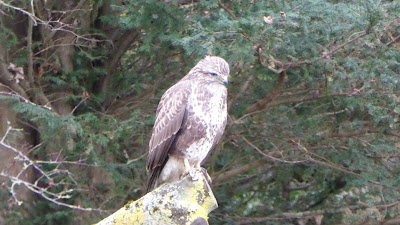 The last couple of days have seen some unusual suspects lurking on the cusp of Hexenhäusli Device's sphere of influence.*  There have also been some entirely usual suspects but, before we get to them, the first of the unusual: a buzzard!
Buzzards are a regular occurance around here, but they're usually found circling high above with only their tell-tale cry a giveaway that they're about.  They roost in some of the tall trees behind Hexenhäusli Device, but this one looks like it stopped for a rest in the sycamore tree overhanging the garden, which is very unusual. 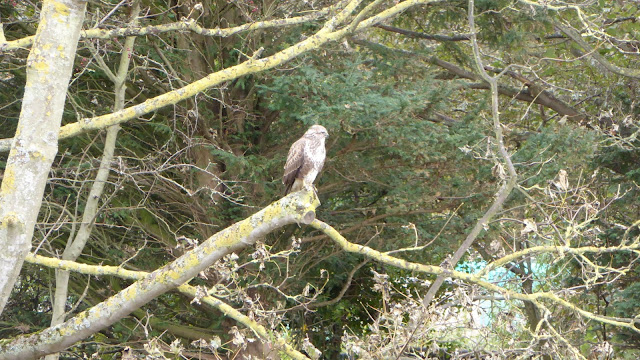 And at the foot of that sycamore tree yesterday,
this redwing was scratching about looking for food: 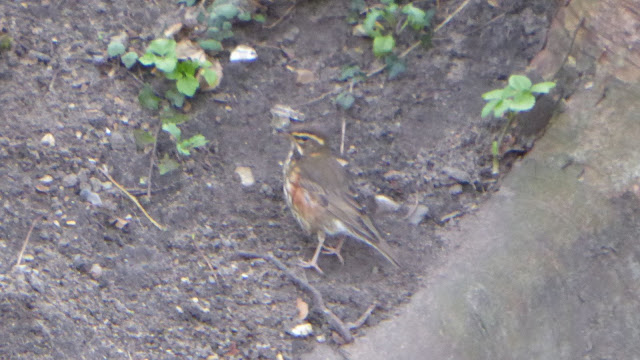 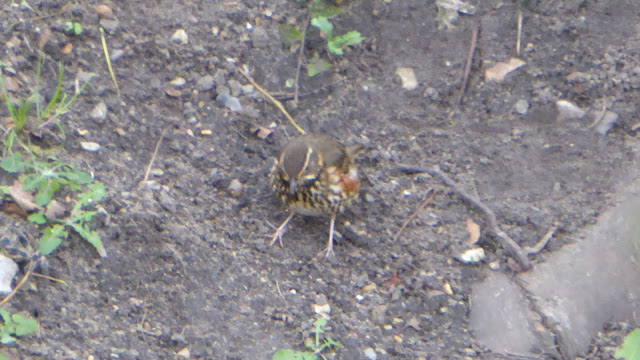 This morning the far from unusual pheasants arrived for breakfast on the paysho: 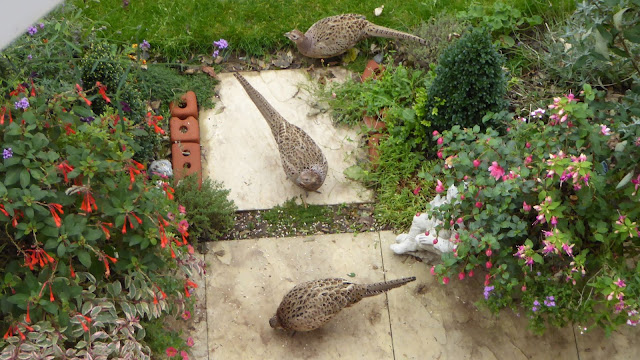 But something else was lurking in the trees beyond... 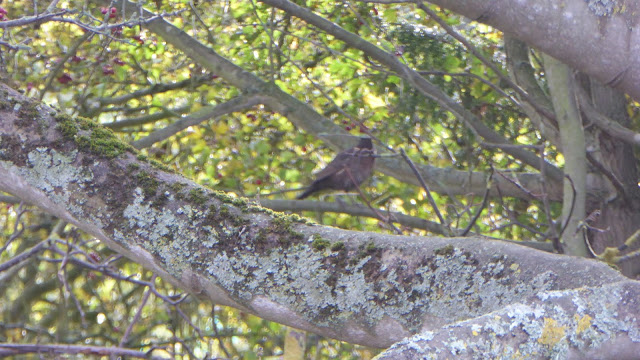 Somethings, actually.  Their spectral forms coalescing on the embankment... 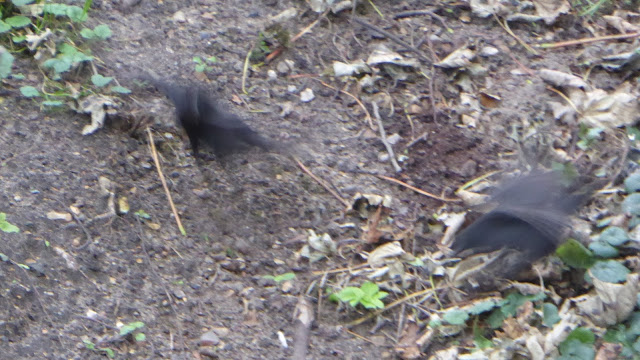 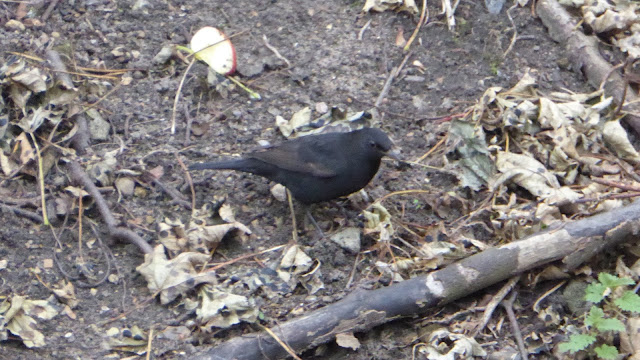 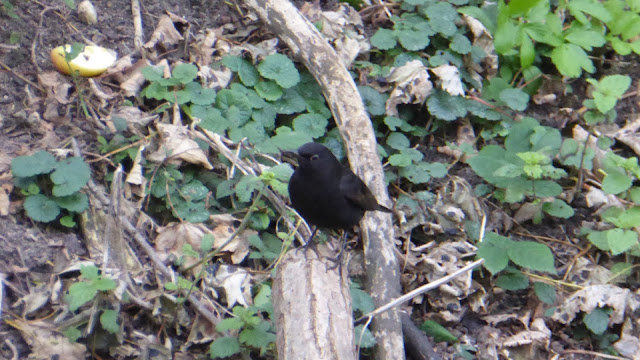 *  Well, more like hexahedron of influence actually, as it's all straight edges around here...
~o~
In other news, I have finally finished planting bulbs!  I bought a big sack full of various daffodil bulbs last week, and have been planting a few at a time on the embankment behind Hexenhäusli Device.  It was slow going because I've had to dodge the rain, and fight through roots and stones to make holes deep enough to plant them in, but now it's done.  I've also planted posher (more posh?) daff bulbs, crocuses, and dog's tooth violets around the garden and in pots, and topping the pots with pretty little violas.
Of course, they won't be blooming in time for the 10th INFOMANIAC Annual Garden Photos Event, because that auspicious occasion is being held in just over two weeks time.  "But, where?" I hear you ask.  Here!  Here on this very blog.  So, if you haven't been snapping away at your garden/balcony/house plant/salad drawer all season, now's the time to do so.
And remember, you need to email your green-fingered photos to me** - not The Very Mistress - by Wednesday 28th October!  Although, if anyone is waiting for a prized plant to flower which isn't likely to until after the deadline, let me know and I'll see if I can rearrange the schedule to accomodate your lazy, selfish plant at a later date.
** My email address is in my Blog Profile at the top of my Sideboard on the right there.
Posted by Inexplicable DeVice at 17:08