Wanton for Well-Built Warlocks (and other distractions)


Well, it's been another of those weeks. Fortnights, actually. Sometimes, living on the Cusp gets right on my thre'pennies!


Sunday, 14:49 - Narrowly avoided being cocooned in silk, then sucked dry*, on a walk down Overstrand High Street.
I forgot about the giant spider that lives at the end of the road...

* By the spider, as in: liquify my insides then drink them. Not anything untoward!

Monday, 10:27 - First day back at work after a couple of weeks off, and I found myself caught in the dead, black gaze of one of the Betazoids demons who used to work in the team next to ours.
You see, while I was off, everyone had to move out of our office building and into the main office complex across the road as the lease was up or something. Anyway, I was quite pleased about this as not only does it shave about two minutes off the time it takes me to walk to work, but I was finding myself increasingly distracted by this particular demon. While not classically good-looking, it's hypnotically attractive due to the aforementioned eyes, and its deep voice reverberates down one's spine to that special place below the pit of the stomach, causing all manner of wanton thoughts!
So, I thought that once we moved, I'd be free of its influence, but that doesn't seem to be the case. Sigh...


Wednesday, 12:13 - Upon entering the Rocket House Cafe in Cromer to meet some friends for lunch, I was quite taken aback by the sight of a pair of enormous biceps and triceps shovelling some sort of sustenance into their owner's face! It was that warlock Car and I narrowly avoided (thanks to Car's excellent reflexes) the penultimate time we had one of these weeks. Needless to say, I ignored him as best I could, only becoming distracted by his flexing, bulging muscles once or twice.

More like seven or eight times, you mean!
Yeah. Rawwwwrrr!
Quiet, you two! Do you want to go back there, or not?
Ahem. Moving on...


Friday, 17:42 - I found myself all of a dither when, walking past the Bell pub after leaving work, I spied my one-time supermarket lust object. The shelf-stacker/stock-boy turned Supernatural was crossing the road a little way in front of me, and trying to escape from a couple of pesky kids by the look of it. I wondered whether I should run down the road and scare them off, so earning his eternal gratitude. Then we'd retire somewhere quiet so that he could show me just how grateful he really was! 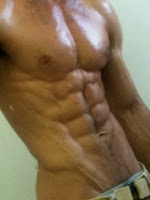 However, as I drew closer, I noticed that he was actually trying to herd them safely to the other side where, it appeared, their mother was waiting. Their mother. His wife. His kids!

Yeeuch! The warlock and Supernatural formerly known as Razorlock, scourge of blade-wielding weirdos nationwide (but mostly only in East Anglia), and envy of every exhibitor of eight-pack abs, had settled down and had a family.


Tuesday, 21:29 - Rummaging in the airing cupboard for fresh bedlinen, I shouldn't have been surprised to have found my favourite sheets covered in faun shit.  Not again...


I know it's now Saturday, but have you any idea how difficult it is to close errant portals to other worlds? Not to mention the time and effort it takes to get faun crap out of Egyptian cotton.
And on top of all that, I've got to go and see The Parents, Indescribable and Babyzilla later on!

Posted by Inexplicable DeVice at 10:55

Labels: Castle DeVice, Crush, I We Me Us, Mythtakes and Leg Ends, Norfolk, Relativity, Supernaturals, Swearing