A Frisson Amongst the Flora 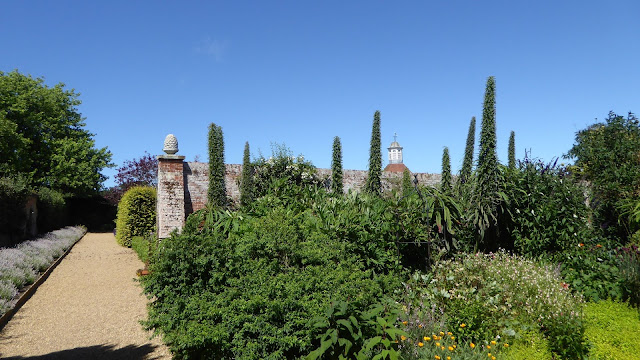 Thursday was quite a day.  For me, anyway.  After a delightful swim with* an aesthetically pleasing young man - and the last fifteen minutes with a lane to myself which meant I could lark about underwater - amongst other things, I paid a quick visit (along with The Mother) to Felbrigg Hall walled garden.  Whilst there I experienced something I'd almost forgotten existed.  More on that in a bit - first, let's look at some photos of the garden. 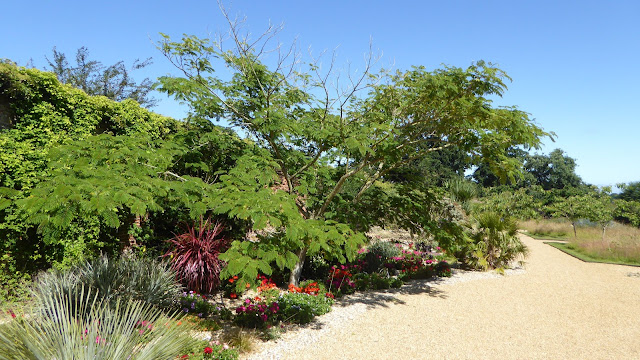 Norfolk has long been one of the sunniest and driest counties in England, and with the increasing temperatures of late, the gardens at Felbrigg have been planted with what would once have been unsuitable specimens. 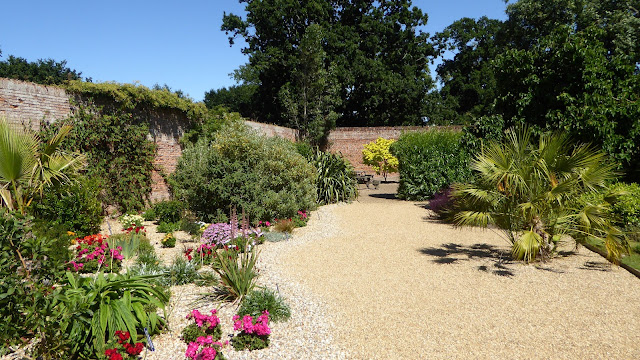 One of the hot and dry Mediterranean-esque borders 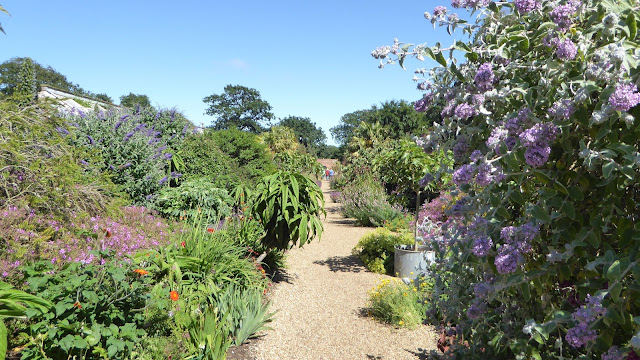 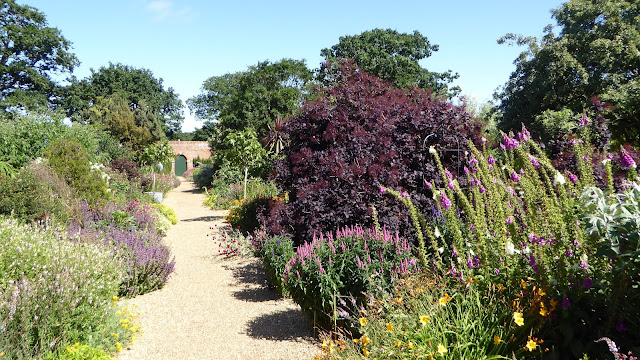 This is about as 'cottage garden' as it gets 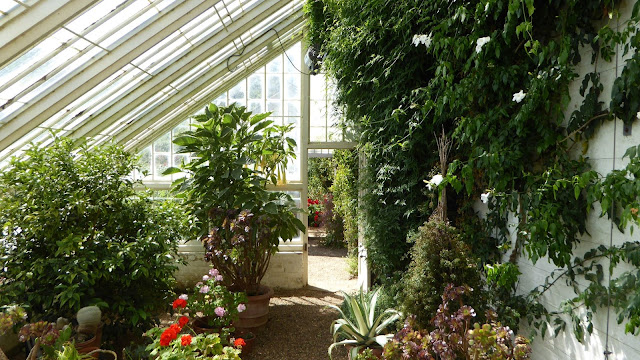 Inside one of the two glasshouses 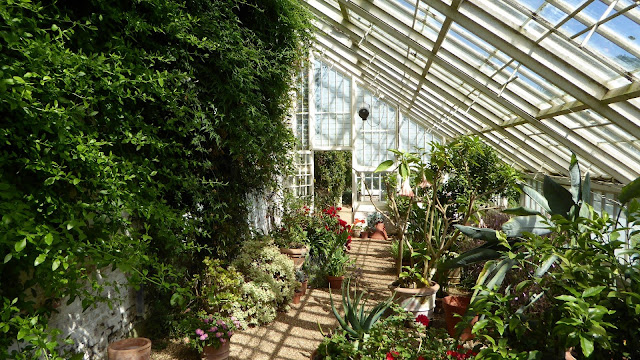 Inside the other one 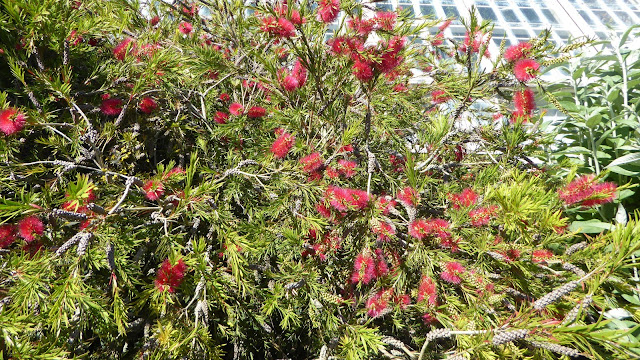 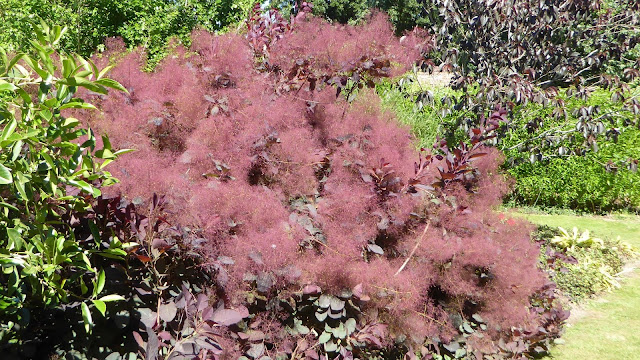 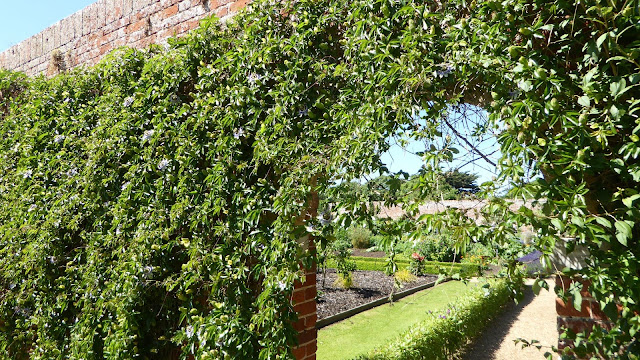 Passionflower vine doing its best to take over 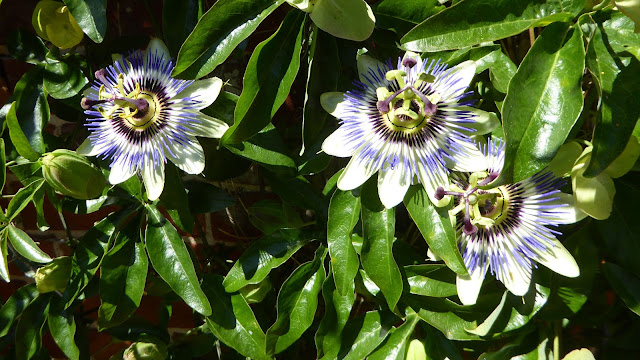 Passionflowers (Passiflora caerulea) are one of my favourites 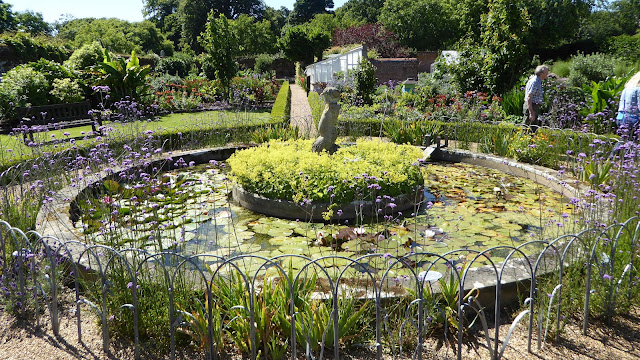 At the centre of the walled garden is this circular pool... 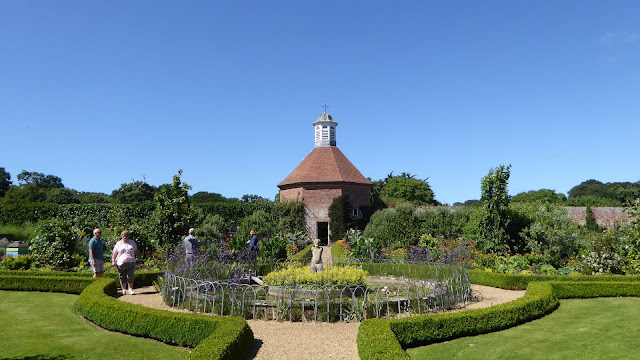 ... with a good view of the 18th century dovecote, along with the cause of my aforementioned frisson of excitement (and I don't mean the lumpen oaf in the white trainers) 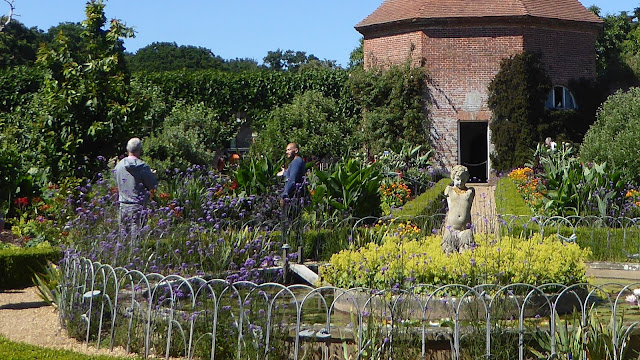 No, the frisson was purely down to the man in blue.  We'd caught each other's eye not long after entering the walled garden which immediately produced a fizzy, tingle of connection that I hadn't experienced in years.  Rather than slink off into the passionflowers (as I was with The Mother and he was with his Father - or it could have been his Daddy?), we just exchanged coy smiles and went our separate ways.
Or so I thought... 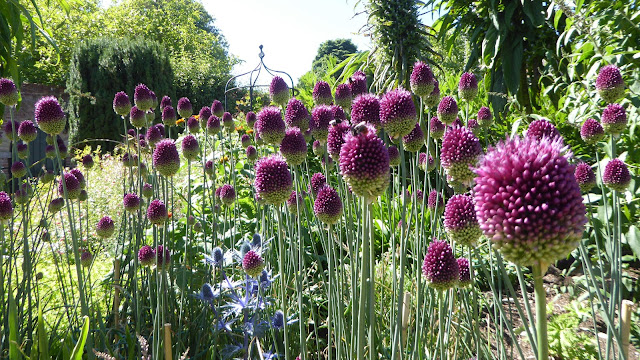 As The Mother and I were heading out, we stopped by these Alliums so I could rescue a bee on the path from getting squashed, and who should appear?  Yes!  And he seemed most concerned that I might get stung.  At least, I think he did?  English clearly wasn't his first language - he sounded Eastern European, or maybe Nordic?
Anyway, fortunately for their hips, The Mother and his Daddy didn't find themselves pushed into the borders so that we could exchange a passionate embrace/bodily fluids.  Instead, they wandered off and we headed towards the exit, but not before one last knowing and charged glance. 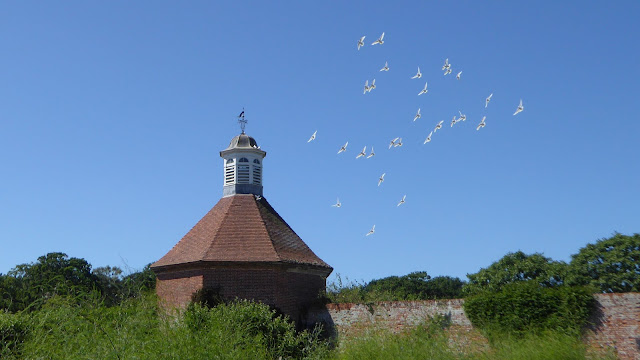 To celebrate that fact that I hadn't totally completed my transformation into an ice-hearted robot, and that I still had feelings somewhere deep inside, the doves took to the skies (it certainly wasn't because of the appearence of a buzzard) 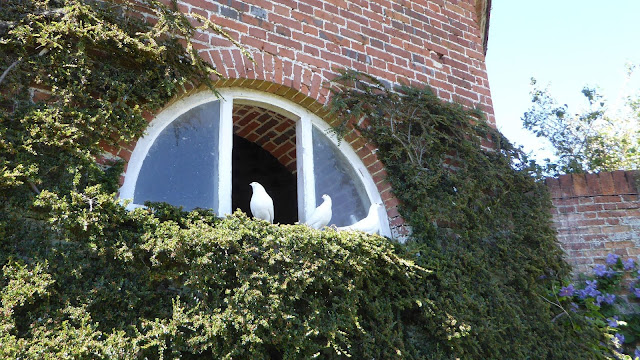 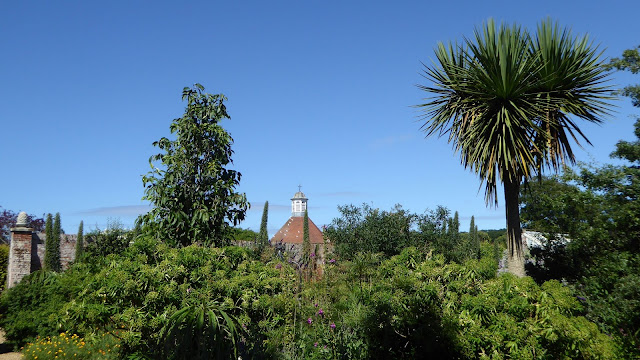 
Just in case it's raining in Devon (I don't think it's forecast to, but one can never be sure with English weather), here are a couple of tunes for Ms Scarlet:

Neil Sedaka isn't my usual cup of tea, but "Laughter in the Rain" is
from Space Station 76 which I watched the other day
And Jai's "Wishing The Rain Away" is from his album Heaven
which I listened to on the way to and from swimming

Posted by Inexplicable DeVice at 09:47