Of Reticulata and Rotas 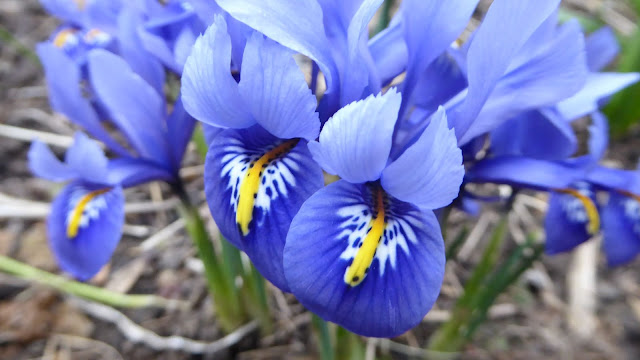 If it's good enough for Dinah and Ms Scarlet, it's good enough for me!  Yes, I'm back from an unintended mini-break from the blog.  Although, I haven't got much to say for myselves so, instead, I bring you the first small splashes of colour from the gardens of Hexenhäusli Device - just enough to drive off the doldrums until we get to Spring.

Below, from the front of Hexenhäusli Device, we have the first daffodils 'Tete a tete' and species crocus 'Barr's Purple'.  And then, below them, just inside the gate to the rear grounds, a couple of cyclamen. 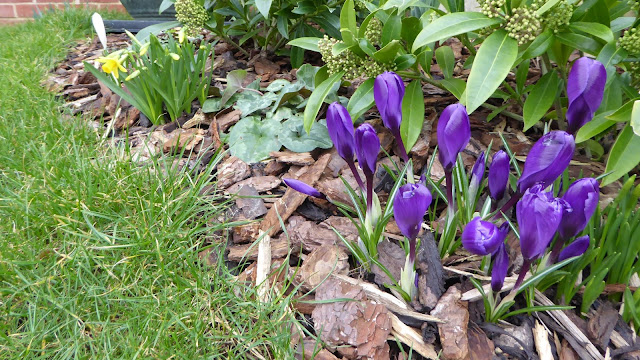 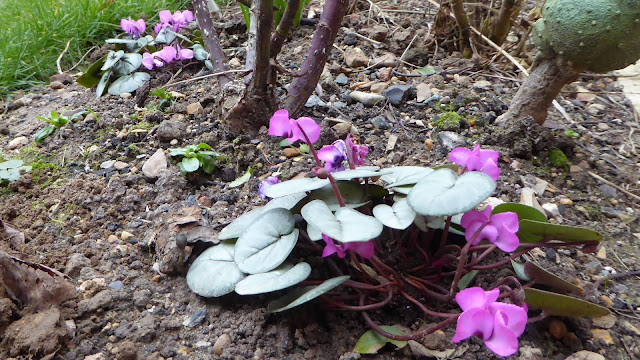 Next, my shady garden behind the garage.  While there are plenty of daffs coming up, the only colour is provided by some 'Painted Lady' iris reticulatas (which are more insipid than I had hoped for), a few violas trailing out of a pot, and a lone snake's head fritillary (which is only flowering now because I'd forgotten it was in the greenhouse until very recently). 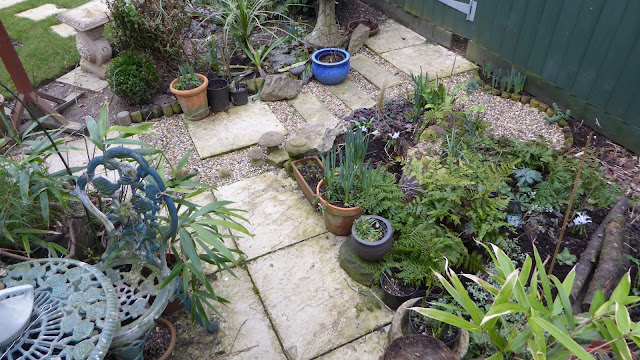 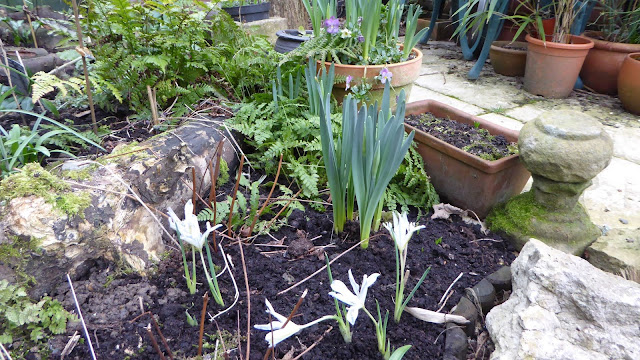 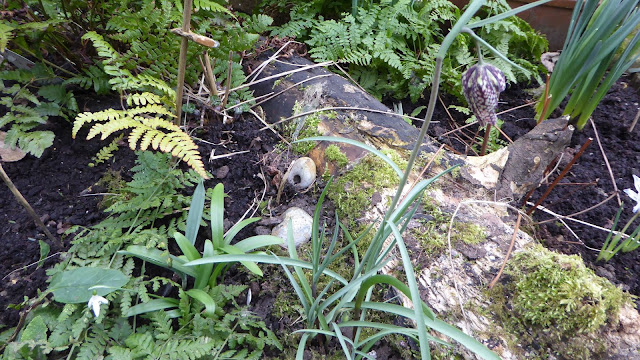 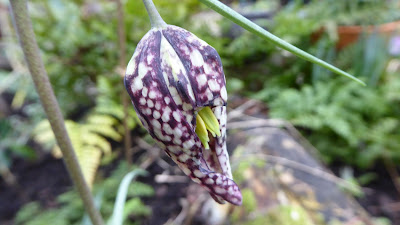 The relative warmth we've experienced recently has clearly stirred some slugs and/or snails into action as is evident by the half-eaten flower of this snake's head fritillary on the right.

While the larger daffs are still a week or two away from bursting into bloom, the 'Tete a tetes' are already at it, as are the snow drops and iris reticulata. 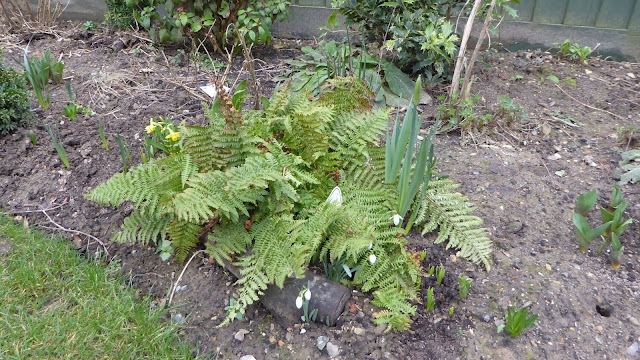 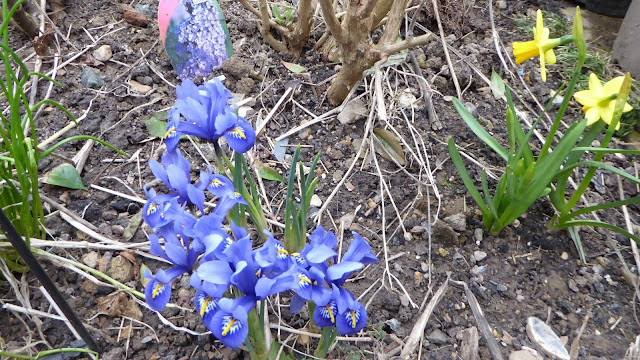 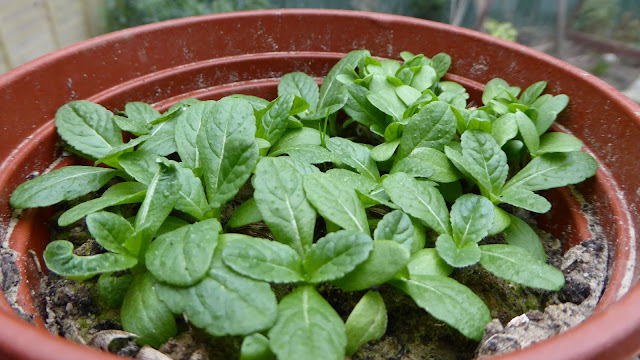 In the red greenhouse, a pot full of teasel seedlings are ready to be pricked out (above).  Some of these will go up to the allotment, but I'll keep a few to plant on the embankment for the bees and birds - hopefully they'll self seed in the following years.

While in the greenhouse, I checked my Eucomis (pineapple lilies) - they're sprouting already!  And it looks like a small slug or snail has found this one: 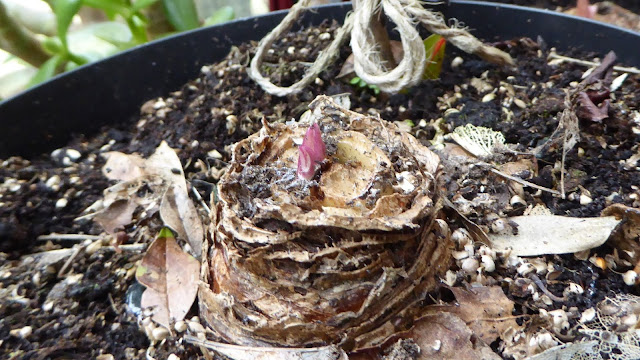 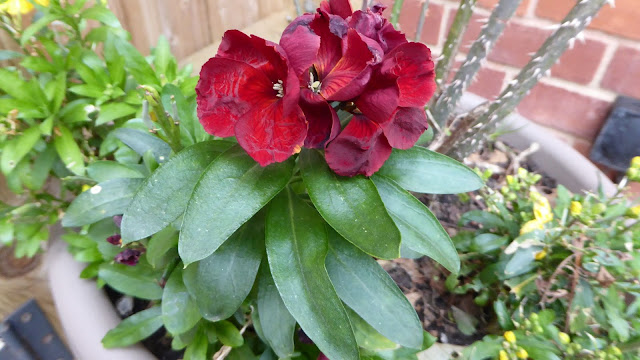 On the way out of the garden, some tatty-looking wallflowers provide a waft of scent

Now, in other - more  important - matters, poor Jon has been left on his lonesome with blogging duties due to a combination of lazyarses, holidays (both announced and surprise), and "sickness" (i.e. me being sick-to-death of clacking away at a keyboard for the last 10 days).  Ms Scarlet has suggested we have a holiday rota so that no one member of the Blogorati is left holding the fort, and that any sickness (of longer than three days, perhaps?) must be backed up with a sick note.  What do you think?

Posted by Inexplicable DeVice at 18:46