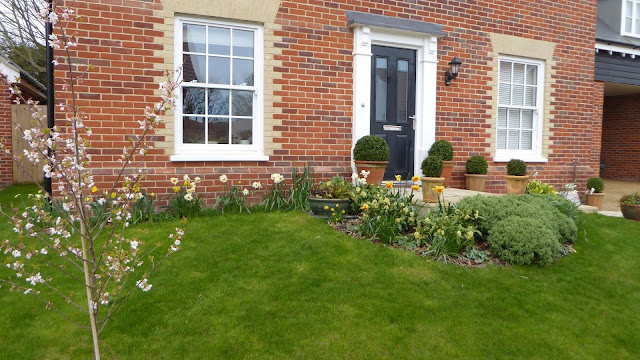 Above, the oft neglected front of Hexenhäusli Device looking quite colourful, for a change.  I put the daff bulbs in back in the autumn, and the skimmias that went in last spring are just starting to flower.  On the left is the most recent addition - a flowering cherry, which I planted last month (out of shot to the right is a hawthorn, yet to burst into leaf/flower).

And below, preparations for a circular paysho and adjoining pond are not hindered by the snow (I mean, it's April, for Christ's sake!  We're not supposed to get snow in April!). 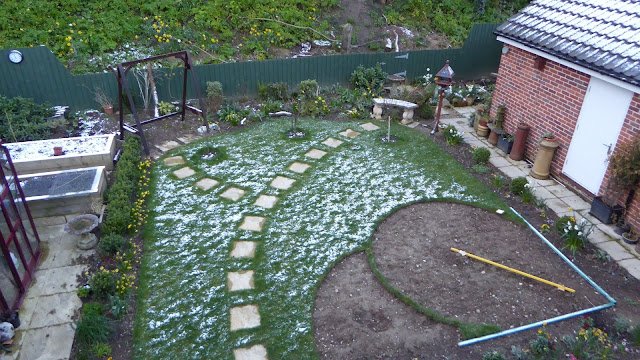 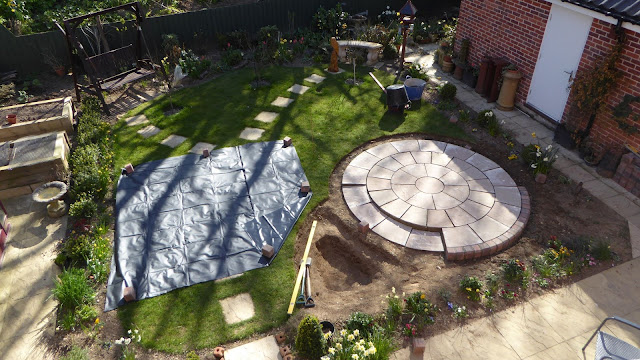 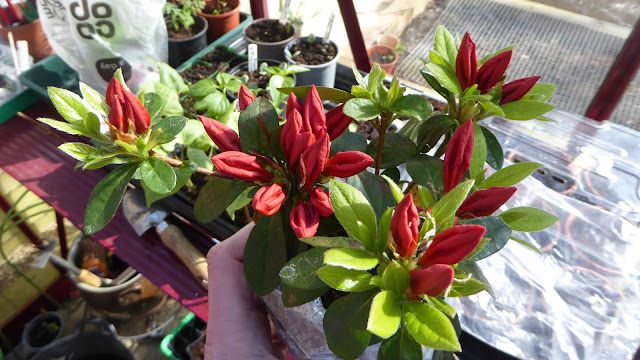 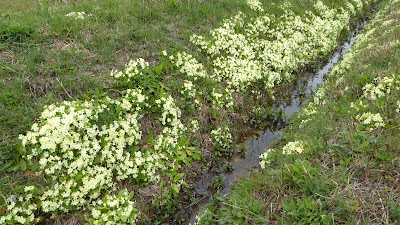 It's not a patch on Ms Scarlet's (it's also the wrong colour), but above is my small orange bush which was a free gift with those Batflower (Tacca integrifolia) rhizomes I got at the end of January (which still haven't done anything - neither sprouted nor rotted).
And on the left, a drift of primroses from a walk near my sister Inexcuseable's house. 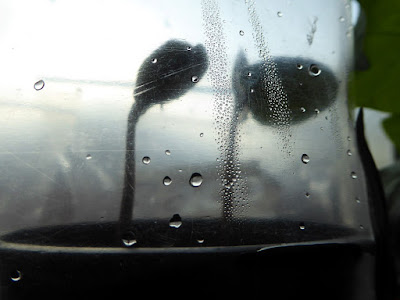 And finally, a look at what is lurking inside Hexenhäusli Device.  This lot should be out in the red greenhouse by now, but it's just been too cold for them, so they're rapidly taking over two bathrooms!  The monsters on the right are Ricinus communis (Castor Oil plant) "New Zealand Purple", while below are a mix of Ipomoea purpurea "Kniola's Black", I. x multifida the cardinal climber, Thunbergia alata black-eyed Susan, and Cobaea scandens the cup-and-saucer vine.  These were all exclusively sourced from Delargo Seeds.
Oh, and those three little shoots in the pot on the left are Eucomis comosa "Sparkling Burgundy" - yes,I'm propagating yet more pineapple lilies! 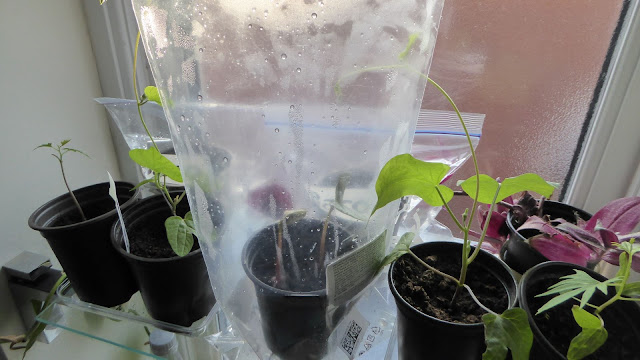 One more thing, kind of related to all this greenery: My other sister - Indescribable - has commissioned me to come up with a specific piece of art for her new step granddaughter.  This is a quick sketch of my interpretation of her hastily garbled instructions. 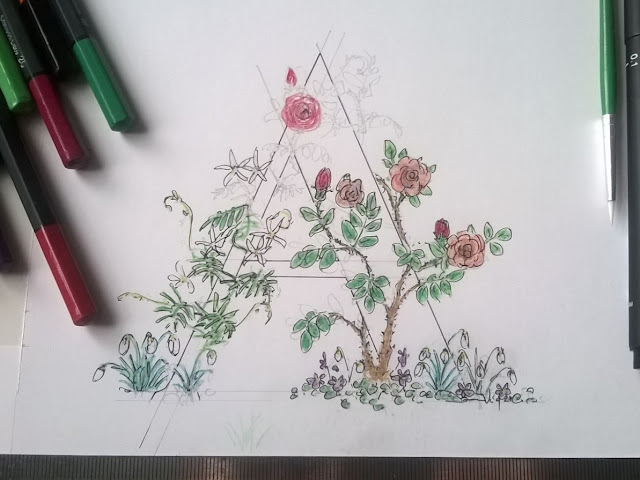 (She's just popped round and conveyed her approval, so I can make a start on the proper one now.  Or later.  Or perhaps at the weekend...)

Posted by Inexplicable DeVice at 18:01