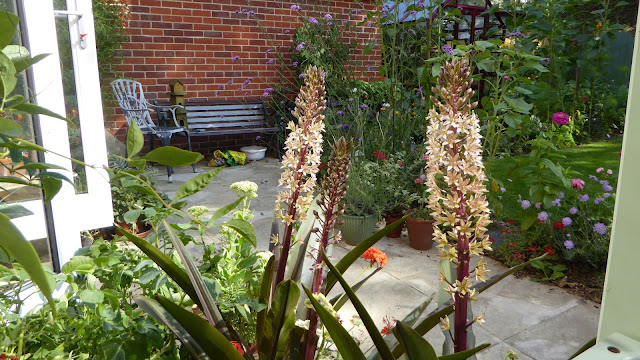 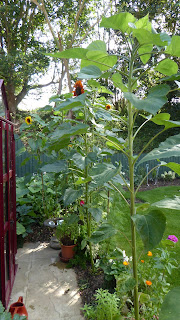 Following on from the last time that I displayed my rear, may I present the current state of affairs here at the DeVice Mansion:
Yes, it's a garden update in preparation for The Very Mistress's 9th Annual Garden Photos Event!
Above are my pineapple lilies, Eucomis comosa "Sparkling Burgandy", lounging about on the paysho.  I bought one in 2014, which has produced a new bulb every year since then (those of you who can do maths will know that I now have five!).  To the right are the seven foot sunflowers, and below, the rest of the rear garden.

Oh, and so as not to shock you, the purple ring - you'll be pleased to hear - is not mine.  All will be revealed with a stroke or two of your scrolling finger(s)! 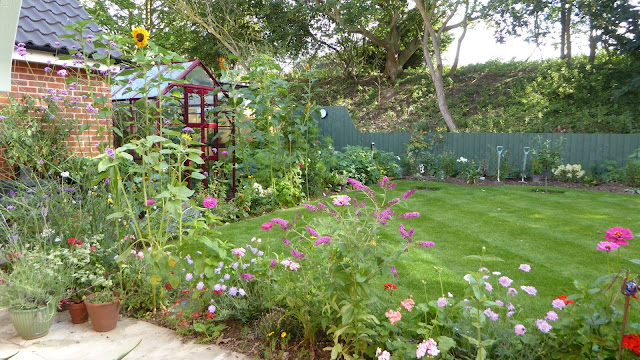 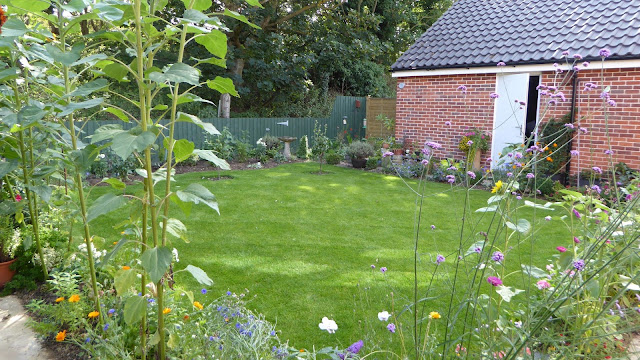 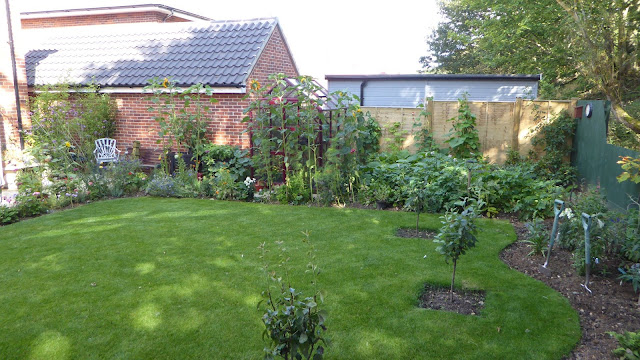 And now for the main attraction (and what an attractive ride this is!):


Rob Smith first came to my attention while reading one of The Mother's gardening magazines a couple of months ago.  His happy, cheeky little face was beaming out from a small photograph in a kitchen garden article, and I was sold!
He used to be (maybe still is?) cabin crew for Virgin Atlantic; he won the BBC Allotment Challenge in 2015; he's a regular columnist for a couple of gardening magazines; and is a pretty, pretty face for Dobies of Devon for which he is a heritage veg enthusiast, seed guardian, and horticultural expert.

I won't be making any impromptu trips to Sheffield, however, as Rob already has a boyfriend.

Posted by Inexplicable DeVice at 18:46