"The fact is, this is about identifying what we do most of best,
and finding fewer ways of doing more of it less."
Anna Rampton, Director of Better, BBC 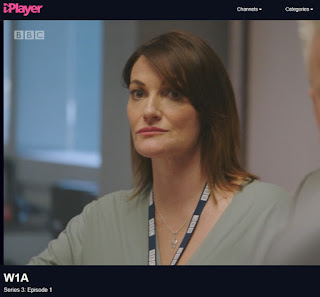 I've spent all morning so far, pretty much all day yesterday, as well as Thursday (my day off), not doing what I'd planned to do except for when I sat down to do it but then didn't.


For example, I, the Host, had planned to work on more of the Star Trek redesigns I showed you in the last post, but my SubC wants to work on this month's art challenge "Celebrate good times, come on!". However, in a rare confluence of thought, Witchface, intrigued by the ancient pagan Vulcan festival of "Rumarie" in which greased-up naked Vulcans chase each other around, keeps trying to skew my SubC's train of thought that way for the challenge, and Witchface's SubC is attempting to subliminally influence me on the redesigns to make them more Cthulhu than Starfleet, but is not doing such a good job at the whole subliminal thing because I know about it!  To make matters worse, the Indian Summer is finally here (although, who knows how long it will last) and I want to go outside to make the most of it.  I managed to get to the beach yesterday and had a swim but at the expense of the redesigns.  With my resolve weakened, Witchface took advantage and wiped all interest in redesigns from my mind.  But this backfired, because the extra space was filled with an old thought to reconfigure the windows/viewports of the Norway-class starship to make the placements logical.
And, to top it all off, the thing I thought I'd do has been interrupted thrice - twice by one sister and once by the other. Yesterday morning, I was summonsed by Indescribable to appear with a nappy and babywipes because Babyzooky had filled her nappy at the new home development up the road where they were sorting out their new kitchen.  I got there to find Indescribable and her husband engrossed in whether they could afford marble worktops, and was waved out to the garden to change Babyzooky on the lawn.  Ugh, the stench!
And, at tea time, as I was almost about to do the thing I thought I'd be doing, Inexcuseable called to see if I wanted to meet her, her husband, and spawn, on the cliff top as they were on their way to get chips.
Then, this morning, Indescribable turned up again with The Little Witch and Babyzooky!  After reading to the girls while Indescribable sorted the washing out, I disappeared upstairs to finish the thing I thought I'd have finished by now: this bloody post! 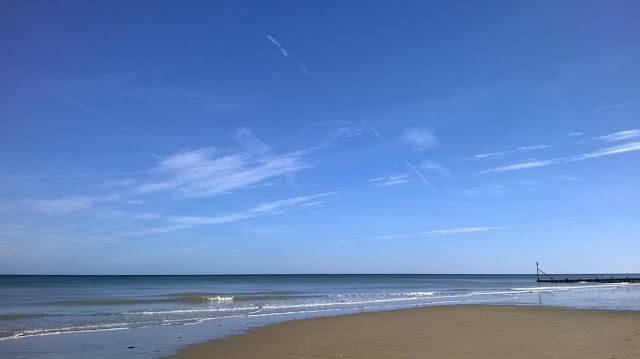 Anyway, because we're all thinking about all the things all of the time, no one is doing anything they want to do because they all boil down to the path of least resistance which is giving up and watching TV*.  Which is why I think we should take a leaf out of Anna Rampton's book and "identify what we do most of best, then find fewer ways of doing more of it less".  I'm convinced it's the only way we'll be Better even though I still can't make head nor tail of it!

* Watching TV is the only thing we have successfully managed to do.  Since last month, we have finished re-watching Being Human and Jessica Jones; we started watching the second season of The Expanse although have only managed the first episode as we got side-tracked with Dirk Gently's Holistic Detective Agency; Star Trek: Discovery is being watched as it's released (Monday's), as is Strictly Come Dancing (Saturday and Sunday evenings), and Strictly: It Takes Two (weekday evenings).  Then there's W1A - a spoof documentary about the trials of a group of BBC senior managers (plus a few other less senior staff) from which the "More of Less" quote is taken.
Oh, and Modern Family and The Middle have resumed, but I don't know if I'm going to have time to watch them.  And I want to continue with Channel Four's Electric Dreams, but that might have to be left at the wayside, too.

Posted by Inexplicable DeVice at 11:59

Labels: I We Me Us, Norfolk, Relativity, Star Trek