Hat's proximity alarm bell started to ring.
Bloody people! You pick a nice cold, dark, blustery evening to go out - in conditions that once seen out of their window, any normal person would have shaken their head at, ignored the dog's plaintive whine for a walk, and sat down with a nice cup of tea in front of a repeat of Downton Abbey - and people turn up to ruin it.
I looked along the promenade, but couldn't see anyone anywhere. In fact, the prom appeared strangely spacious and desolate, as if there was something missing. Something I couldn't quite put my long, bendy finger on.
I pursed my lips as Hat clung even more tightly to my head in the rising wind, its proximity bell ringing manically. I resolved myself to either getting Hat's instruction manual out when I got home, or smashing that bell to bits with a lump hamme-

"Yaaarrgh!"  I almost jumped out of my skin as an explosion of wood, glass and ghastly Laura Ashley curtains suddenly went off not two feet from my nose (from which I removed a large, blue-painted splinter). Someone tried to drop a house on me! (Again. And again.)

Another explosion. From a few feet behind me. This time, as well as the wood and glass, I was peppered with cheap plastic cutlery and a damp box of firelighters*.
Bugger this for a lark, I thought, and ran off down the promenade, clutching Hat to my head, dodging falling beach huts.

The next morning, I sent The Host down to the seafront with Camera. This is what he came back with: 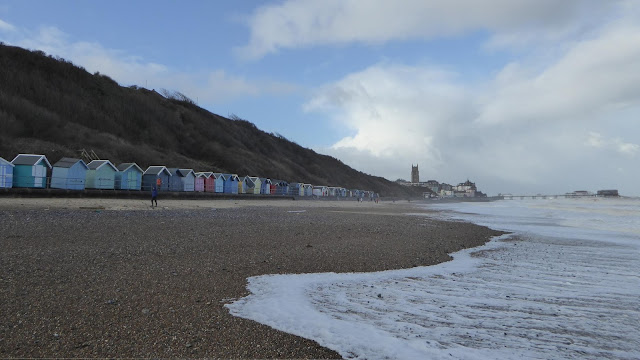 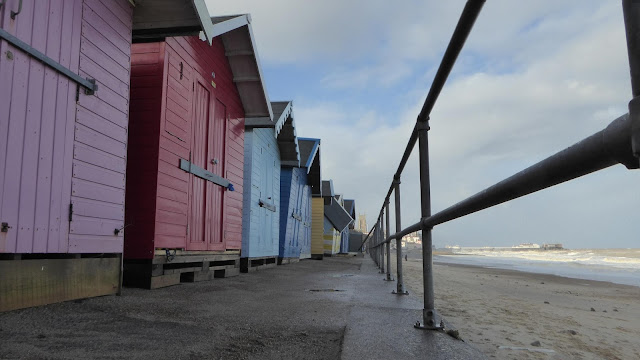 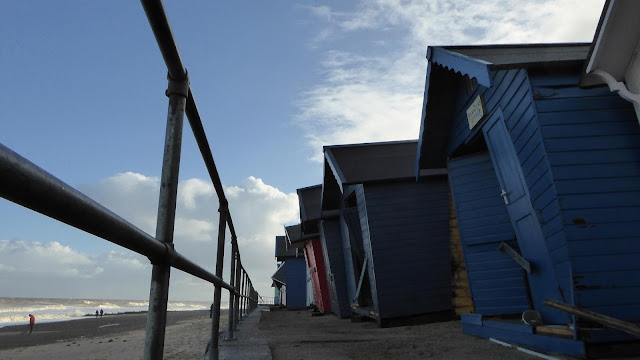 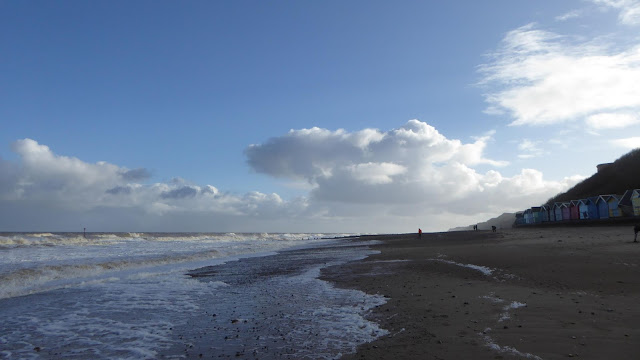 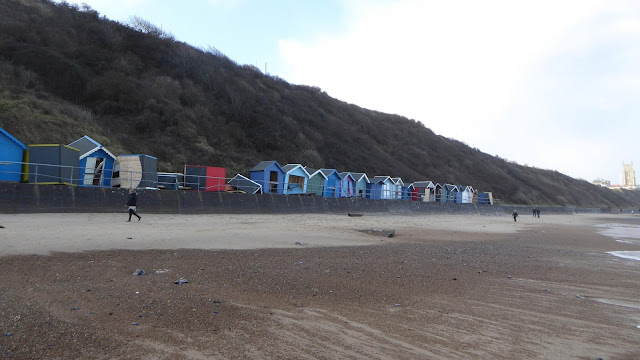 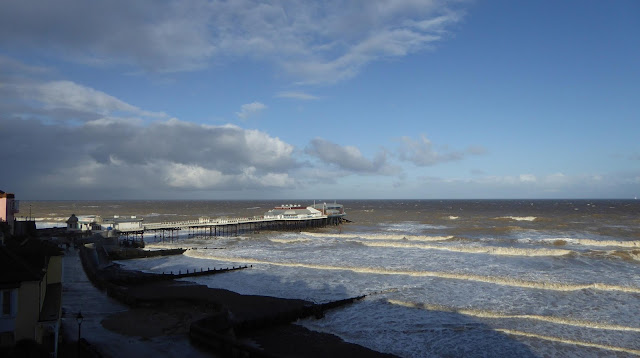 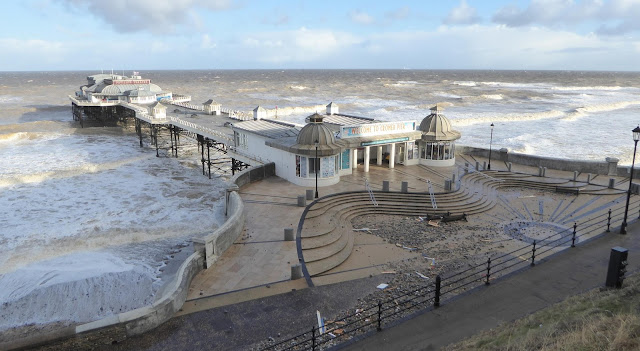 It transpired that no one was trying to kill me. Instead, a storm surge had decided to get a little free and easy with some of Cromer's beach huts, and other seafront furnishings.

At least this one was no where near as destructive as the 2013 storm surge.

* Note for Americans and other city-dwelling life-forms. The rural British having eschewed central heating as being far too complicated and in any case weakening moral fibre, prefer a system of piling small pieces of wood and lumps of coal, topped by large, wet logs, possibly made of asbestos into smouldering heaps , known as ‘There’s nothing like a roaring open fire is there?’
Since none of these ingredients are naturally inclined to burn, underneath all this they apply a small, rectangular, waxy white lump, which burns cheerfully until the weight of the fire puts it out. These little blocks are called firelighters. No one knows why. - Explanation/description from Good Omens, by Terry Pratchett and Neil Gaiman.
Posted by Inexplicable DeVice at 11:09

Labels: Alternate, Books, I We Me Us, Norfolk, Swearing