As you have almost certainly guessed due to the lack of a certain year's review, time has escaped us, and as a consequence, our plan for hosting the 2016 Coven Awards failed.

And it's all the Host's fault!
Hey!
It was! I did my bit. I recapped what we'd done over the past year.
Yeah, but that was the easy bit. It's only a bloody list of most of our blog posts, after all!
Be that as it may, I still did it. I can see it languishing in our draft posts under this one. In fact, I'm going to pop back in time by a minute to publish it! If you and your irritating SubConscious weren't such procrastinating lazy arses-

I'll have you know, I've made quite a lot of the award headers, thank you!
Yeah! It's your SubC who's the lazy arse. Where are the quarterly post headers, hmm? I mean, how difficult is it to slap together four shitting banners that say 'January, February, March', or 'July, August, September', eh?

I can't be blamed for that! Witchface has kept me busy with other things...
Excuses, excuses-
So what excuse have you got for not preparing and organising all the awards, then? How is everyone supposed to know who the Sexiest Strictly Ginger is? Or, what's our most Coveted Cusp Book Cover? Or, Beaky's Most Embarassing Blunder? Or, our Favourite Frogbot Infested Post? Or, which Sci-Figure has the Coldest, Deadest, Prettiest Eyes?

And you couldn't even manage to finish that, either.
Shut up, you!

Remember when I won that Star Trek Art Challenge at the beginning of December? Well, it is the winner's duty to set the next challenge. So this is what I came up with:


The New Year is approaching, and as a certain notorious six year old once said to his long-suffering stuffed tiger: “Where are the flying cars? Where are the moon colonies? Where are the personal robots and the zero gravity boots, huh? You call this the future?? Ha!”

Well, Star Trek has given us those futuristic concepts, and on the whole, has been pretty timeless about it. However, there are plenty of anachronisms within it that give away the era in which any particular series or book originated. So, for this art challenge, how about we celebrate the anachronistic and imagine how TOS would look if it was made in the 1990s? Or a Victorian era TNG? Or a Jurassic DS9?
Just pick a time period and create its future Star Trek style, whether in-universe or real world. Clockwork Borg? Wooden starships? Period costume uniforms? A 1950s replicator recipe book cover? Or maybe you just want to draw a stegosaurus in a Starfleet uniform? As long as it’s anachronistic, anything goes!

And here is my (unfinished) entry depicting a stegosaurus wearing a
2370s Starfleet uniform:

This brachiosaur was going to be decked in 23rd century Federation starship livery,
but I only got as far as those elongated triangle things on the shoulders... 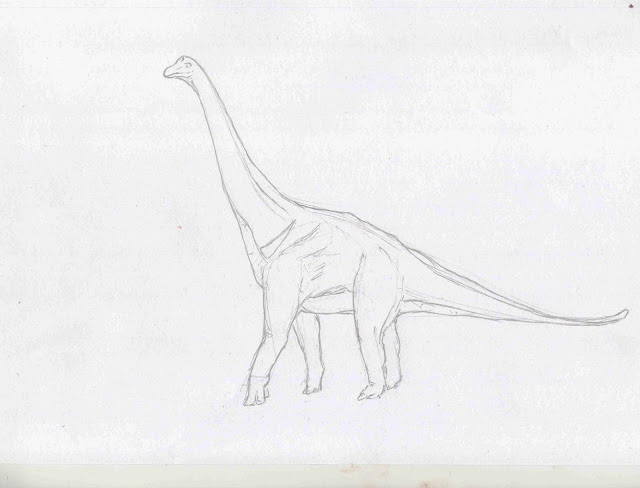 I got bored of trying to draw a stegosaur head on, so sketched a pterosaur wearing a
2370s Starfleet uniform instead. 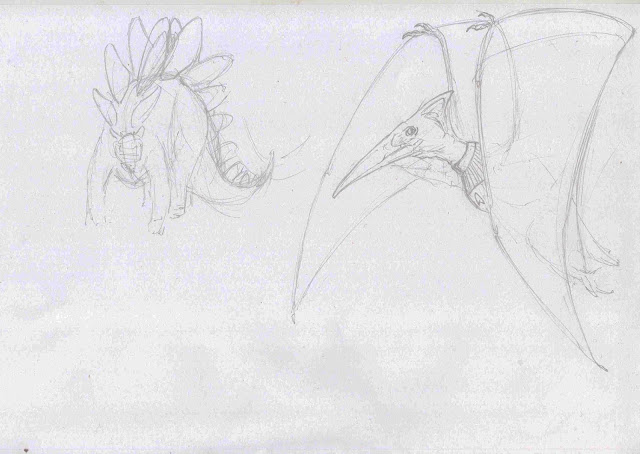 So. There you have it. No finished 2016 Coven Awards/end of year review due to dinosaurs.


I do wonder if we might have been able to finish the Coven Awards if The Host hadn't been fart-arsing around with this post...?

Labels: Canvas, I We Me Us, Star Trek, Swearing, Time Displacement